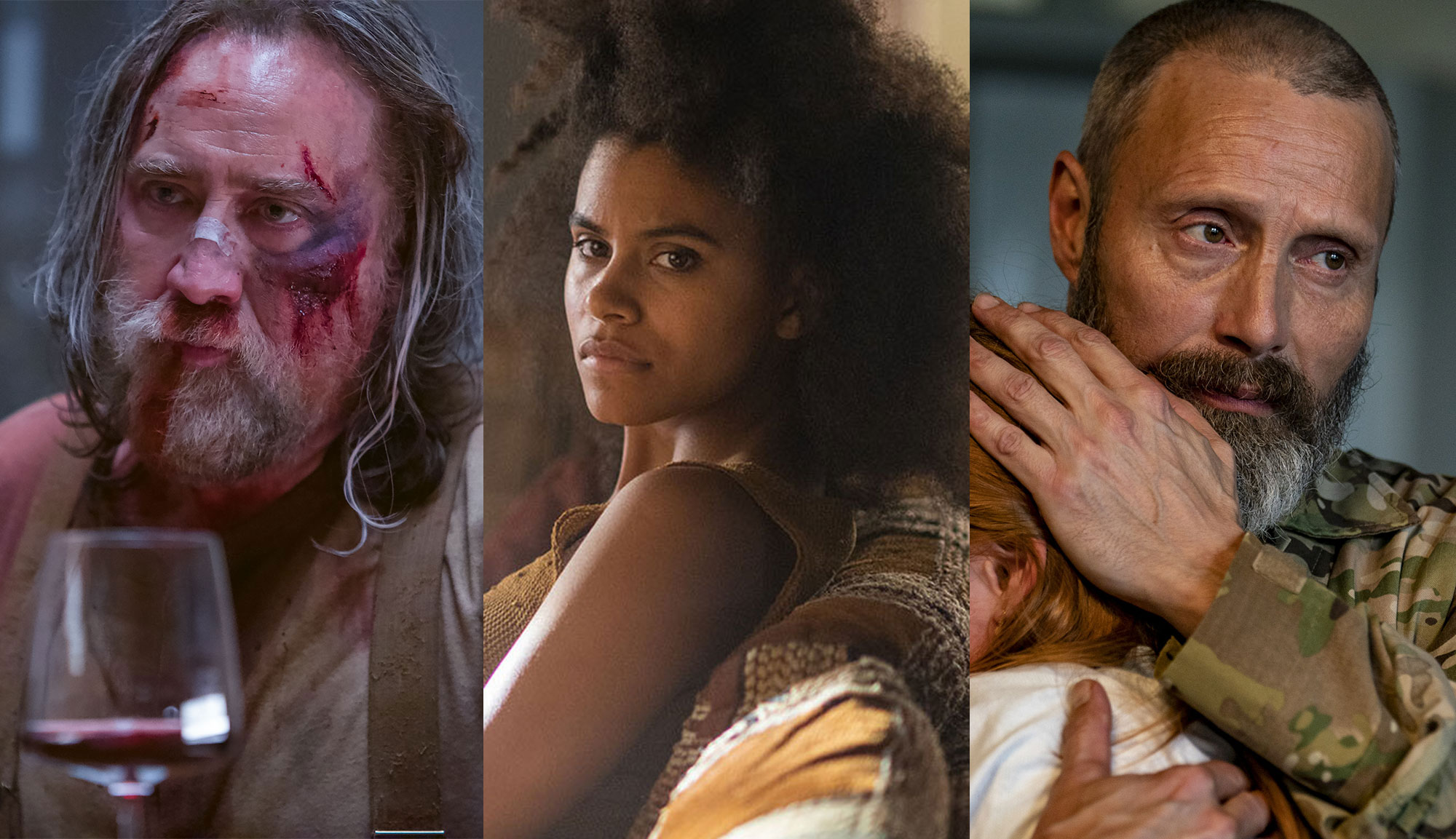 How do we go on after experiencing a major loss? This seems to be the question that permeated most films in 2021. While it’s an incredibly topical question given that almost 3.8 million people have died from COVID-19, not to mention the millions who have lost jobs or housing due to the pandemic, many of this year’s releases have been in the works for years prior. Whether it’s losing a loved one, a job or a home, or merely the act of going outside, these movies tried to make sense of why to continue in the face of such grief.

People changing identities and roles was another widespread theme in many titles, which again aligns with the general mindset of a world that sees how ephemeral our social rules are, the true extent to which our institutions are broken, and how so much of what we are told is mandatory and “just the way it is” is simply a tacitly agreed upon lie that crumbles when any real pressure is applied.

Such relevance gives these films even more power, but they would resonate in any other year as well due to their technical achievements, evocative performances and emotionally stirring storytelling. While almost all of the following movies traffic in a sense of loss and grief, or at least confusion to a shifting world and our place within it, most are not defined by sadness but instead find the redemptive joy of what once was and the promise of what could be next.

It’s been a tough go of things for a while now, and we still don’t know what the full extent of the pain from so much death, disorder and disruption will be. But these films suggest that the hurt is part of us, for good and ill, and that we’re not actually alone in feeling such loss, confusion and anger. Though we may experience all of this as individuals, the power to move forward from such devastation is best manifested when we march onward together.

Honorable Mentions: “The Card Counter,” “Zola,” “Candyman,” “The Matrix Resurrections,” “Nightmare Alley,” “The Tragedy of Macbeth,” “Last Night in Soho,” “The Green Knight,” “The Summit of the Gods,” “The Power of the Dog,” “No Sudden Move,” “Spider-Man: No Way Home,” “The Mitchells vs. The Machines,” “Red Rocket,” “The Harder They Fall,” “Belle”

Firstly, I don’t care about any scandal or bullshit woke takes on the central relationship in Paul Thomas Anderson’s film. Maybe it’s weird or wrong, but that’s also kind of the point. It’s meant to be weird and wrong and full of mistakes and doubt and impulsive moments. That’s what young love is — this rush of intensity that seems stupid and bizarre in retrospect but at the time means everything and is the most important matter in the world. It’s also a very mature look back at the decade and those teenage/early-twenties years when so many winding paths and random asides inevitably still lead back to one destination or one person. 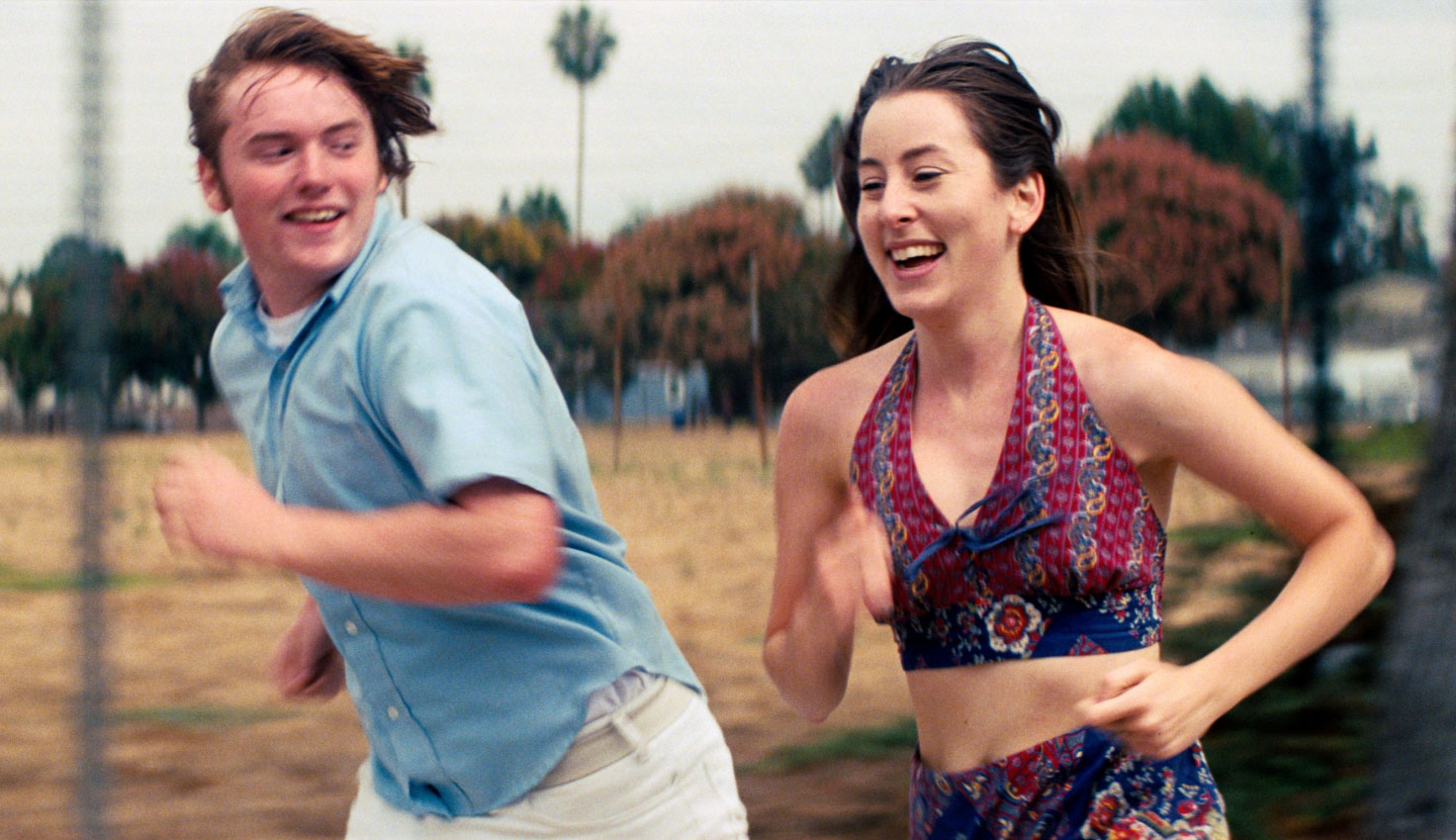 “Luca” boasts gorgeous animation that encapsulates the cartoonish and the realistic without any sort of visual dissonance. The score by Dan Romer is similar to his other works but still stands apart from most other film scores with its focus on strings and percussion in powerfully enervating ways. However, it’s the beautiful script from Jesse Andrews and Mike Jones coupled with Enrico Casarosa’s terrific direction that makes this tale of adventure, individualism and dreams into a great movie for outsiders longing for something better. 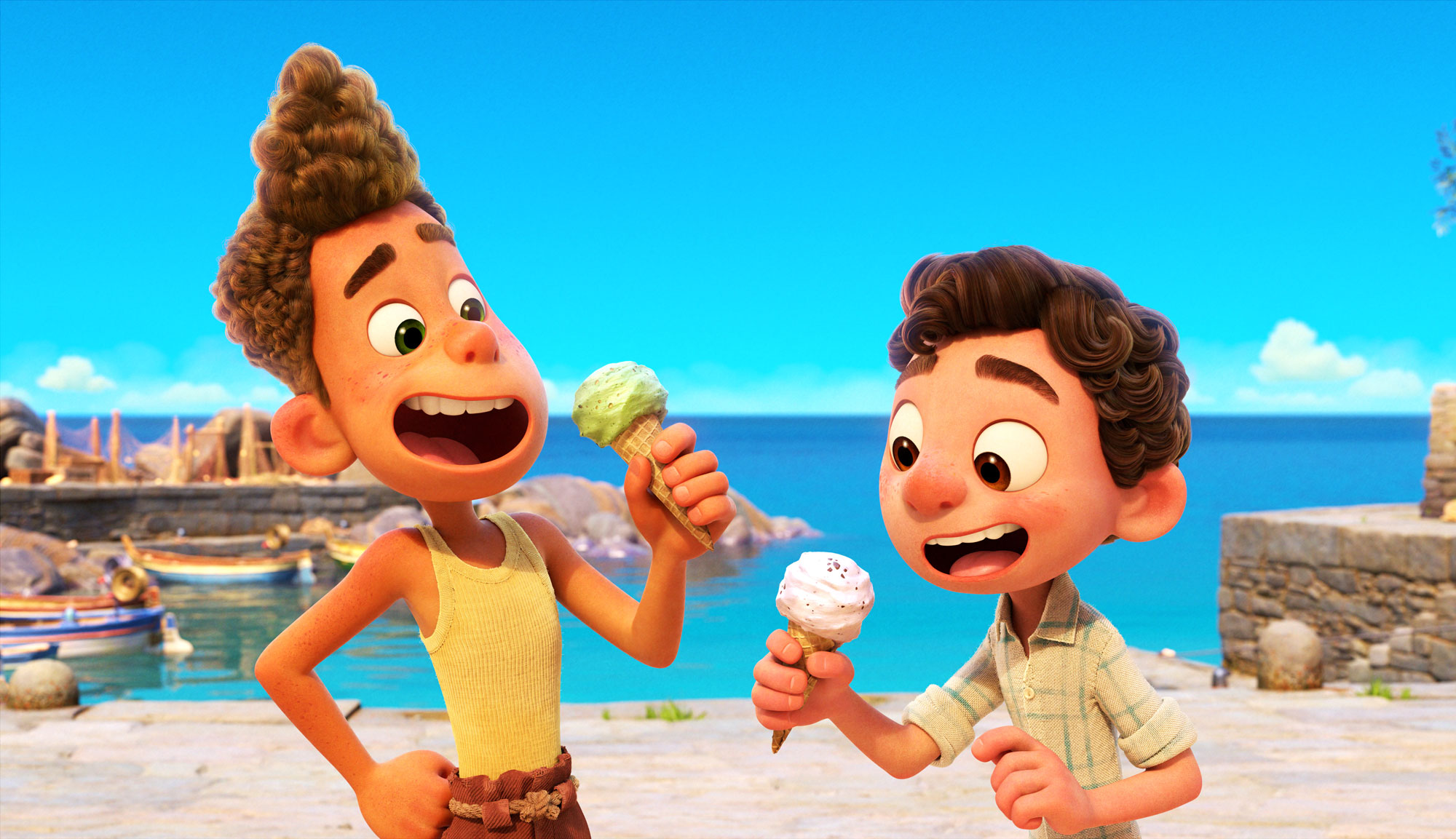 I get why people didn’t like Ridley Scott’s movie. Those going into this expecting a darkly comedic but still realistic drama will be frustrated. However, with its stereotypical accents, bathetic histrionics and a nest of idiot vipers all attacking one another, “House of Gucci” is a future camp classic that is charming in its bravado and eccentricities. You’re supposed to be amused and fascinated and horrified and intrigued and angry by everything these fabulous people are doing on screen, and you will be if you’re not too busy forcing the film to be something that it isn’t. 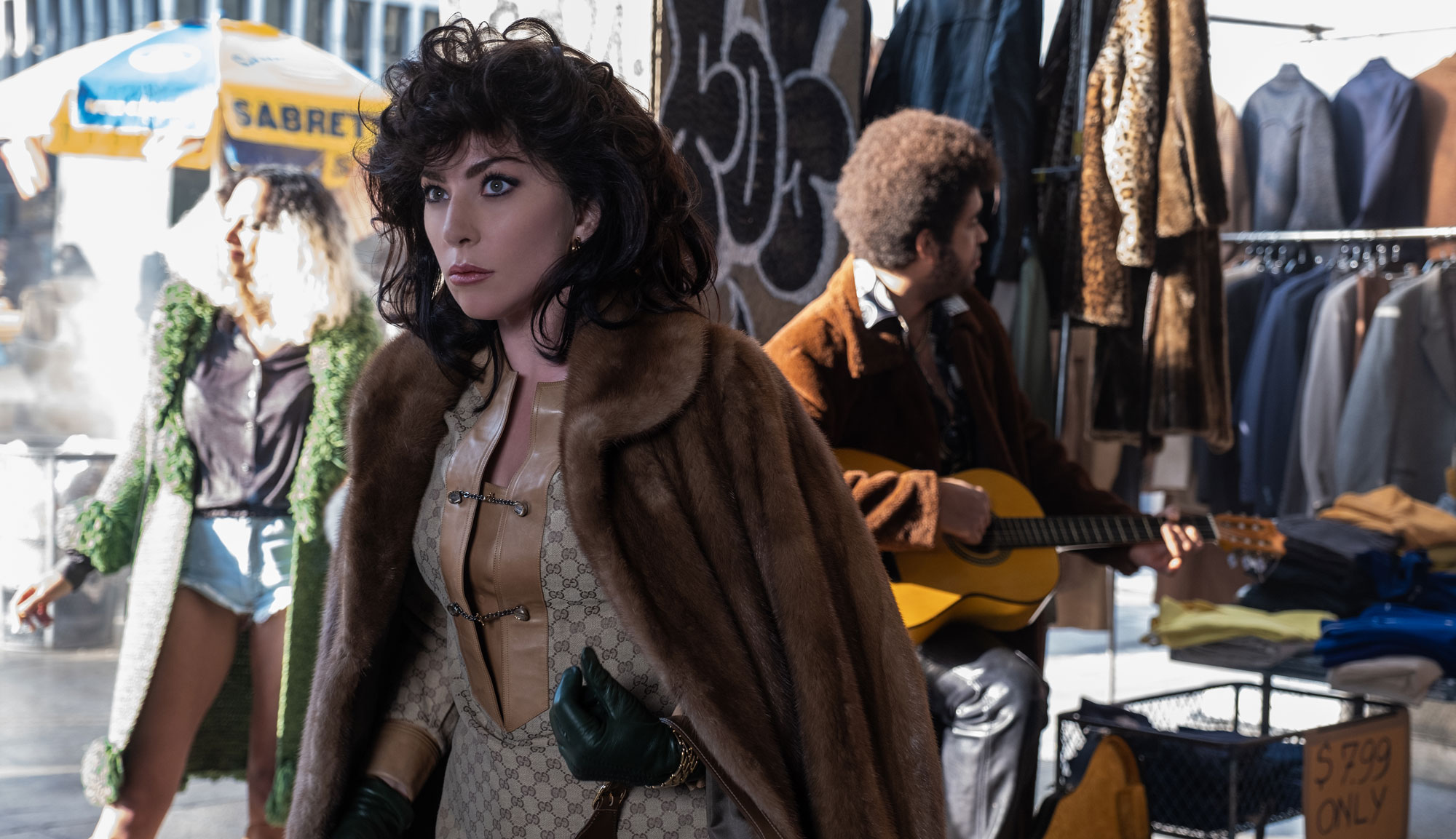 Comedies deserve more respect from critics and awards committees, and there’s no better place to start than this film. Easily dismissed for its stupid rhyming title and reductive trailers that made it look like one long, tired joke, “Barb and Star” is actually a brilliant absurdist comedy with vibrant imagery, a gonzo plot, fantastic musical numbers and a terrific performance by Jamie Dornan. Writers/stars Annie Mumolo and Kristen Wiig delivered an exceptional comedy that far exceeded any expectations and raised the bar in a way that other comedies couldn’t match in 2021. 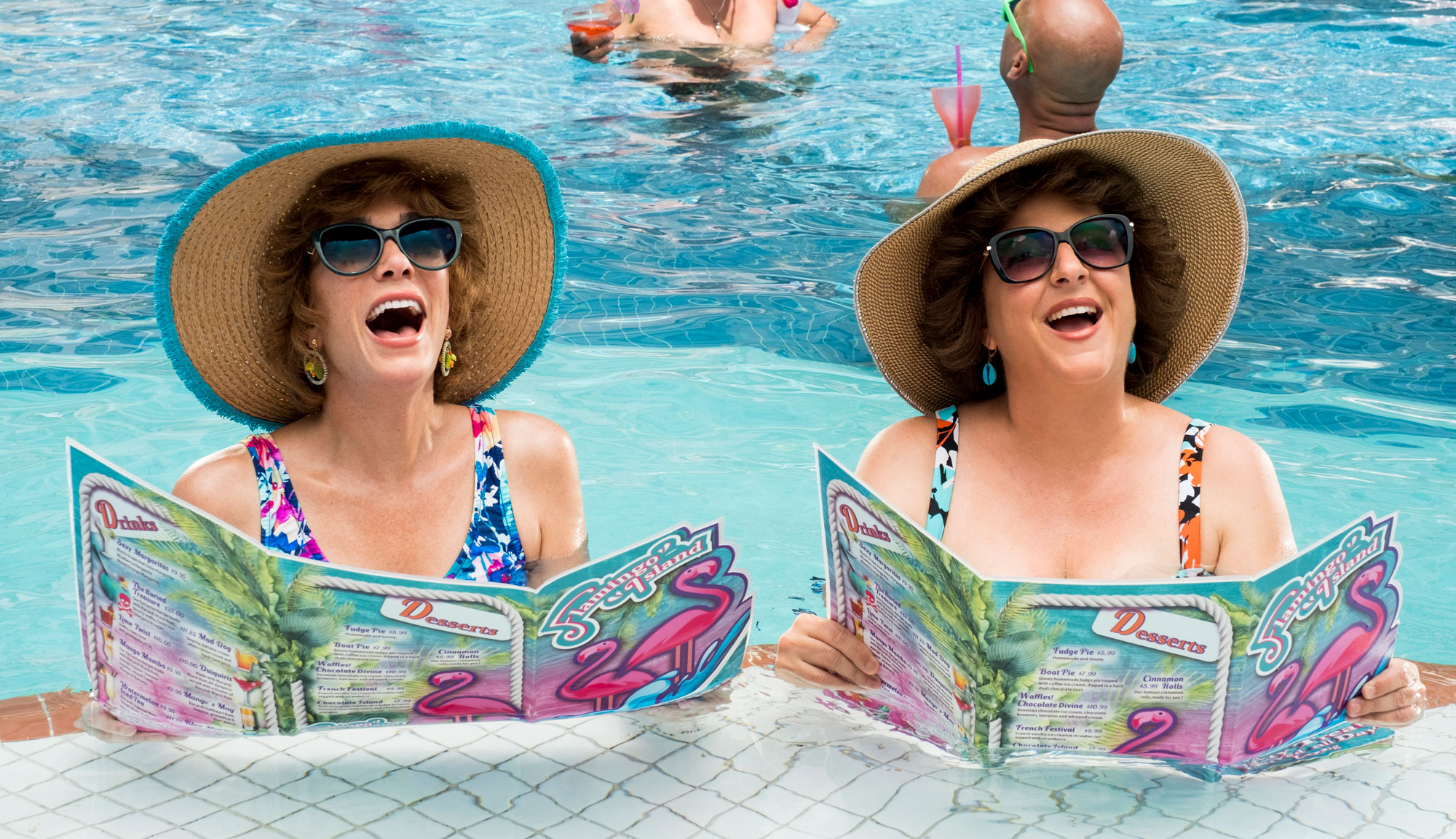 “Lean on Me” is kind of the soulful version of “The Gambler” (I’m aware that Bill Withers did it first) insomuch as both songs offer what seems like trite perspectives on life but are also actual truths. Adapted from a Haruki Murakami short story, Ryûsuke Hamaguchi’s movie also boils down to the simple fact that we need others to tether us to life when everything else seems so dark and chaotic. At turns riotously funny and others deeply sad, “Drive My Car” is a journey inwards that can only occur when we let go of the wheel. 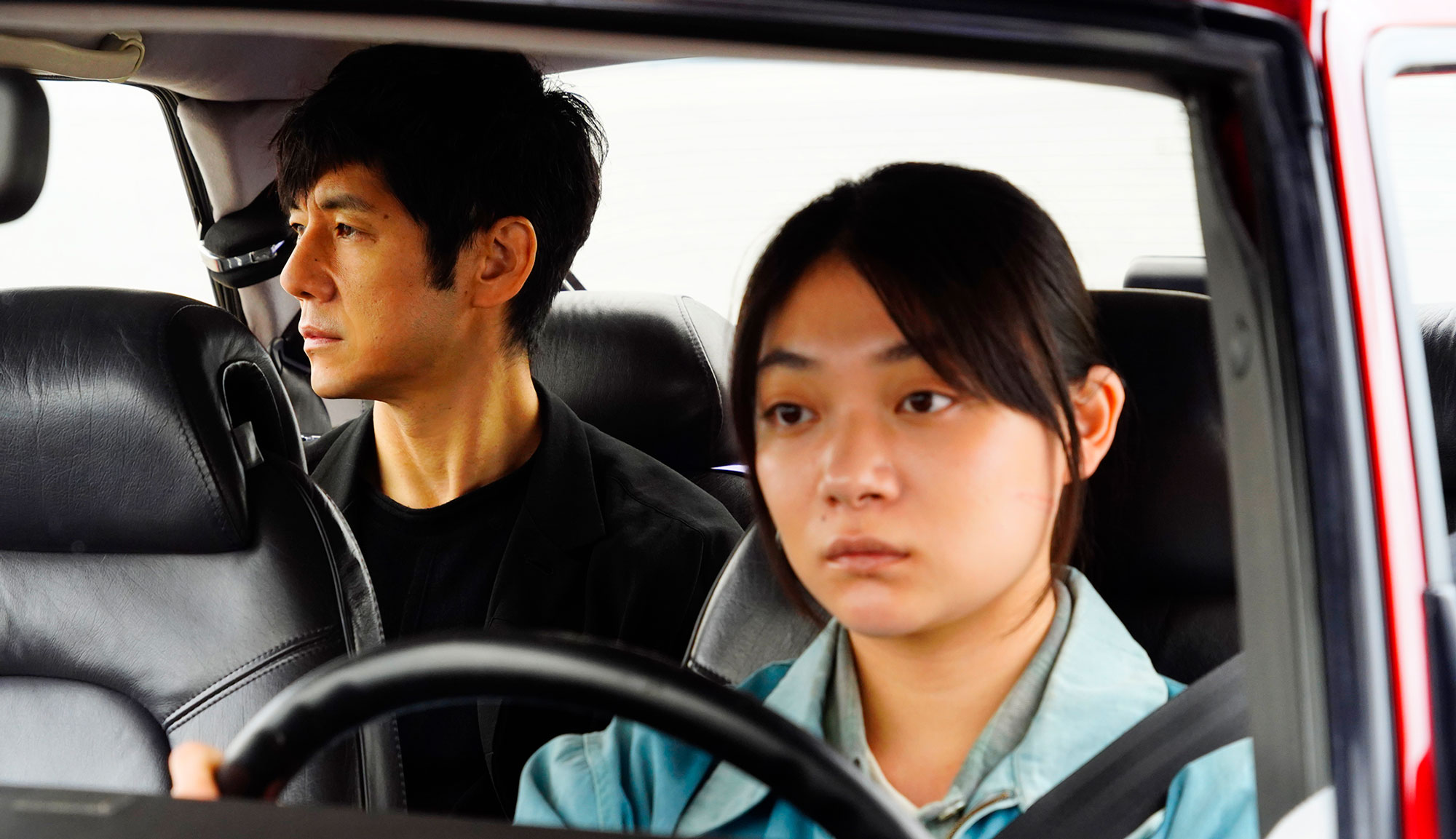 Writer/director Anders Thomas Jensen delivers an incredible treatise of searching for meaning in a world that defyingly refuses to divulge any. Whether it’s trying to discern God’s mysterious ways or wading through Chaos Theory’s impossible math of interconnectivity, people want answers for what caused this horrible thing to happen. Why X and not Y? Jense merges this existentialist pondering with a cracking revenge thriller, a terrific comedy of misfits and a touching look at how broken pieces can fit together to make something whole and impressive. 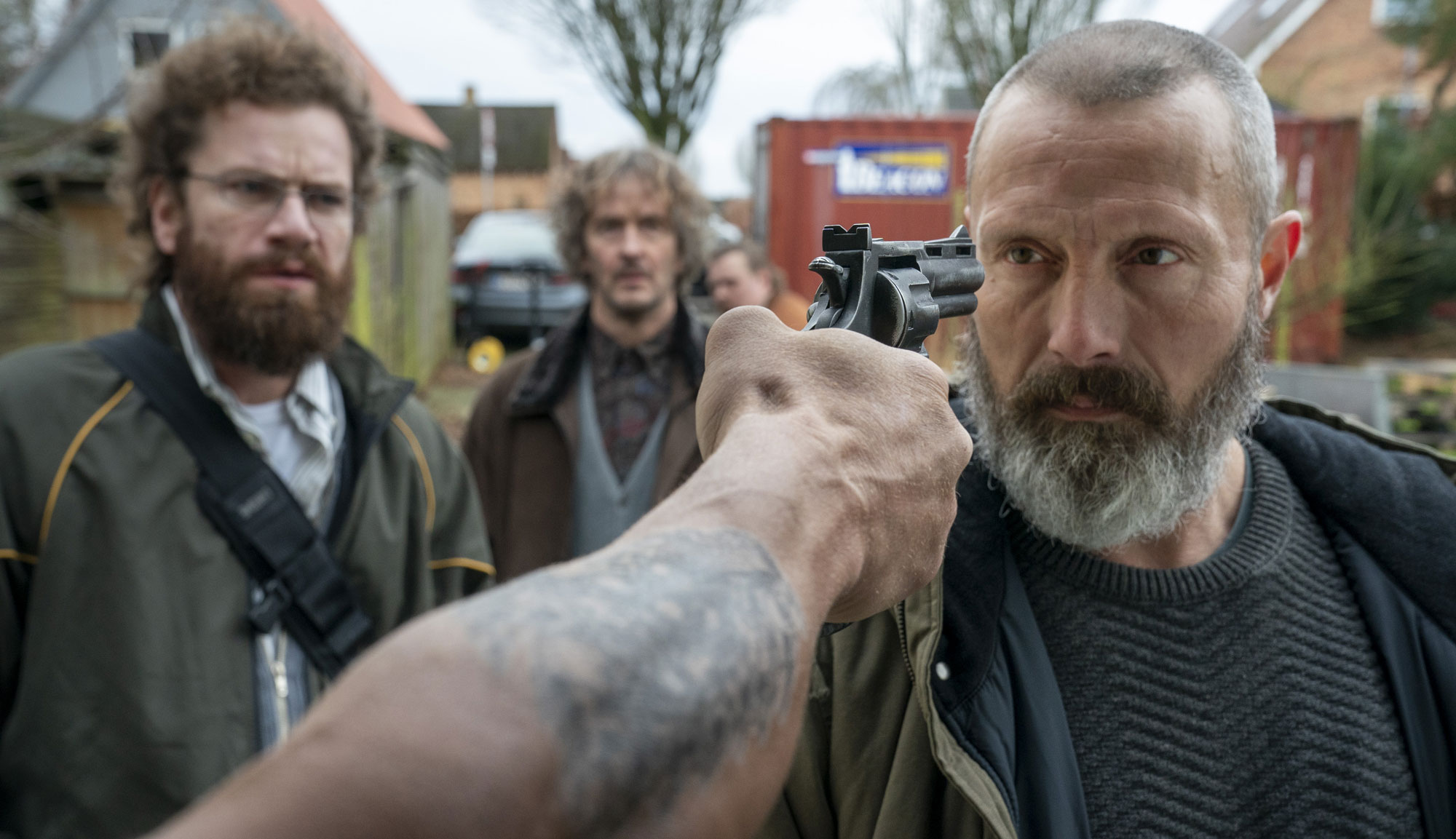 Technically, the title is “The French Dispatch of the Liberty, Kansas Evening Sun,” which is the most Wes Anderson thing ever. Nevertheless, this ode to a world similar to our own, culled from pieces in The New Yorker, may have many flights of fancy but remains emotionally resonant through treating its characters like people and not whimsical props. It’s also one of the most stylistic films in the past decade and encompasses so many brilliant visuals and beautiful techniques that it may act as a mini film school for burgeoning cinephiles. 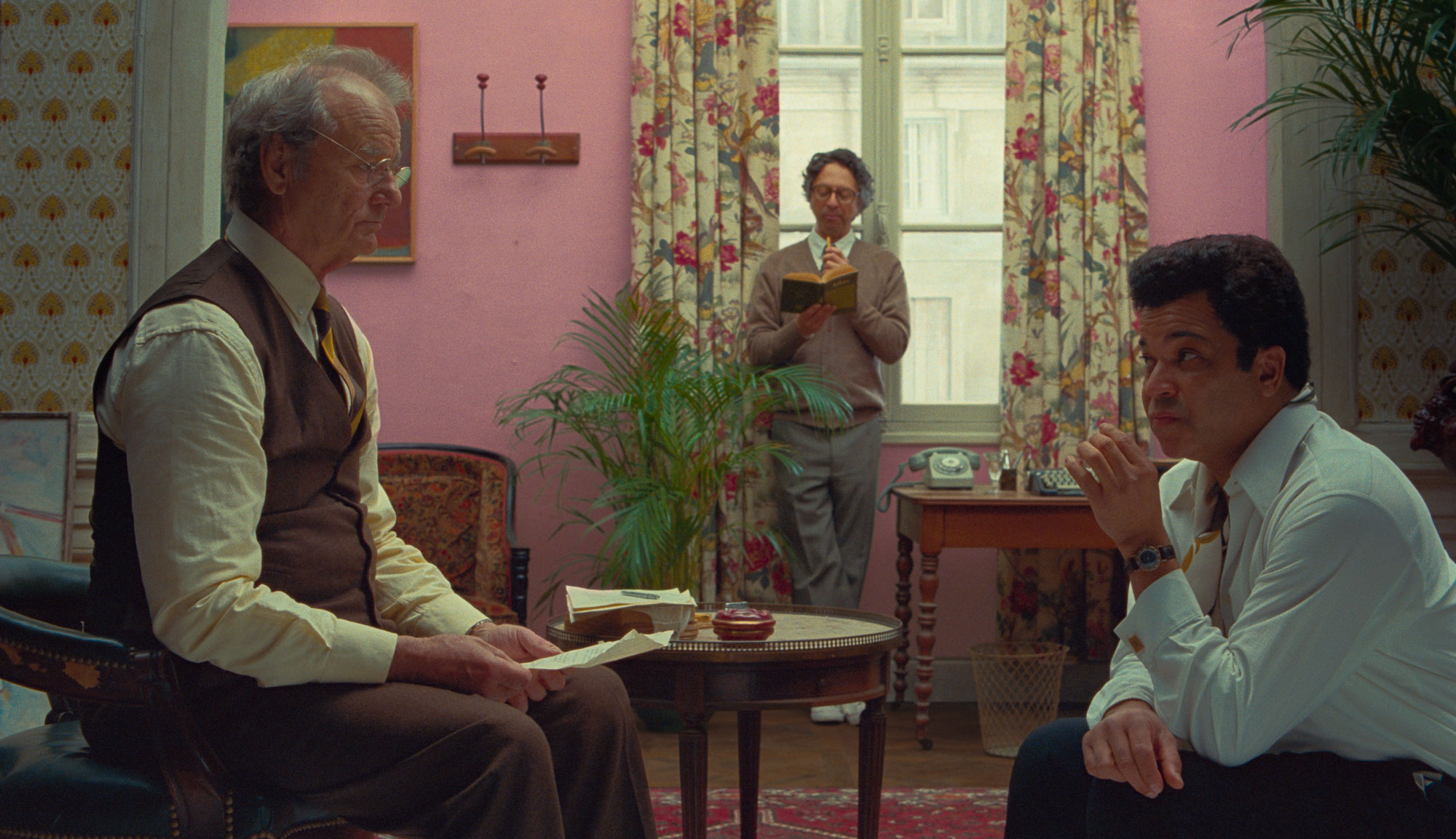 Bo Burnham’s “comedy special” will emerge as the piece of art that best reflects 2020 and 2021. Whether it’s the isolation, the confusion, the social unrest, the mental fatigue…all of it is confronted in the 87 minutes along with some incredibly catchy music, clever joke and inventive use of cameras to capture the limited space in which Burnham lived and recorded. 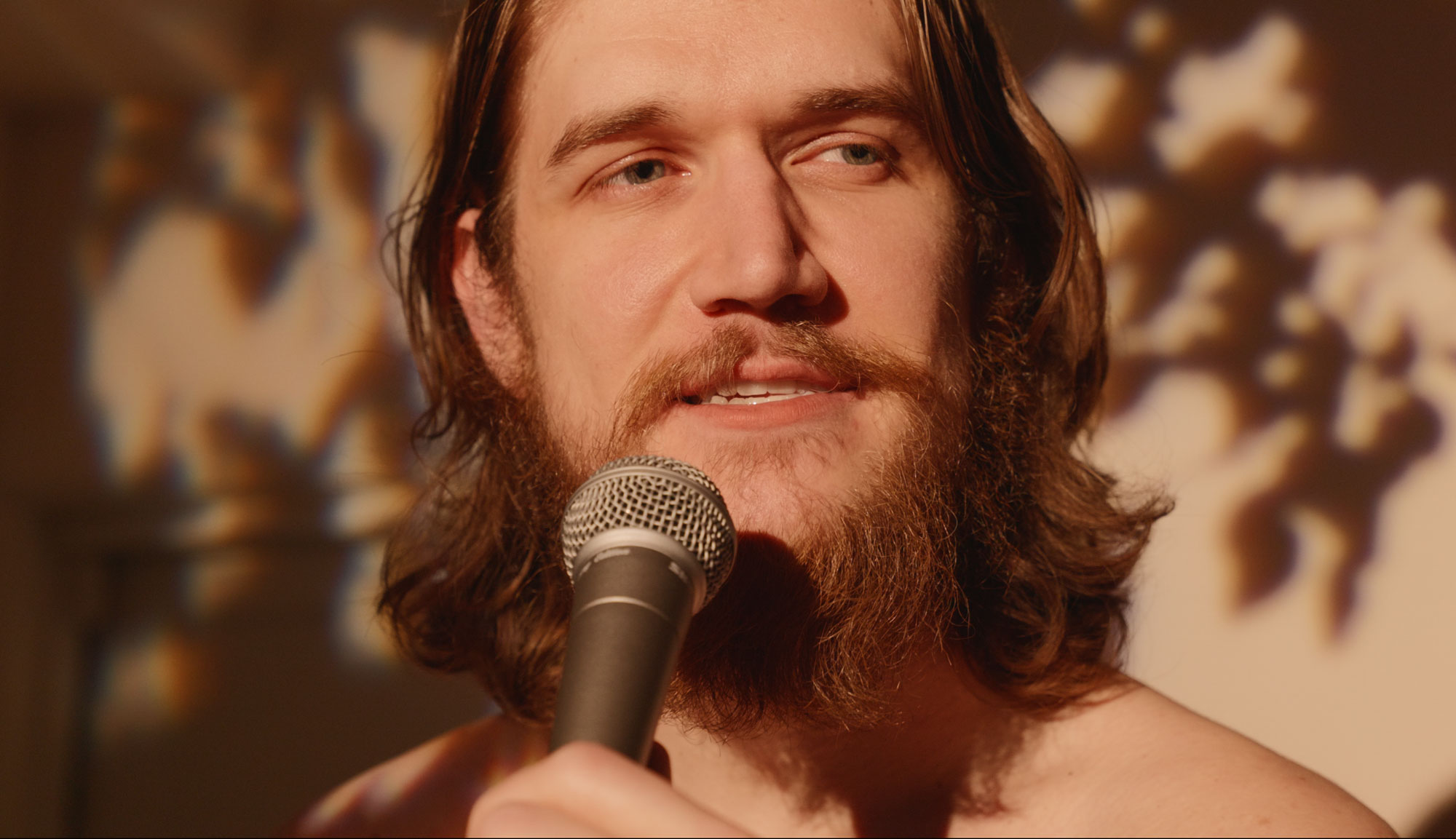 If any title was truly under the radar of audiences and critics alike, it’s writer/director Edson Oda’s beautiful ode to humanity in all its forms. Loosely based on Hirokazu Koreeda’s 1998 film, “After Life,” this meditation on the liminal space between life and death is hilarious and poignant and sad and joyous. For a movie about all the variables and experiences found in the path of life, Oda is able to capture that wide spectrum thanks to incredible turns by Winston Duke, Benedict Wong, Zazie Beetz, Tony Hale and more. Seek this out to remind yourself what it feels like for your heart to race with wonder and dread. 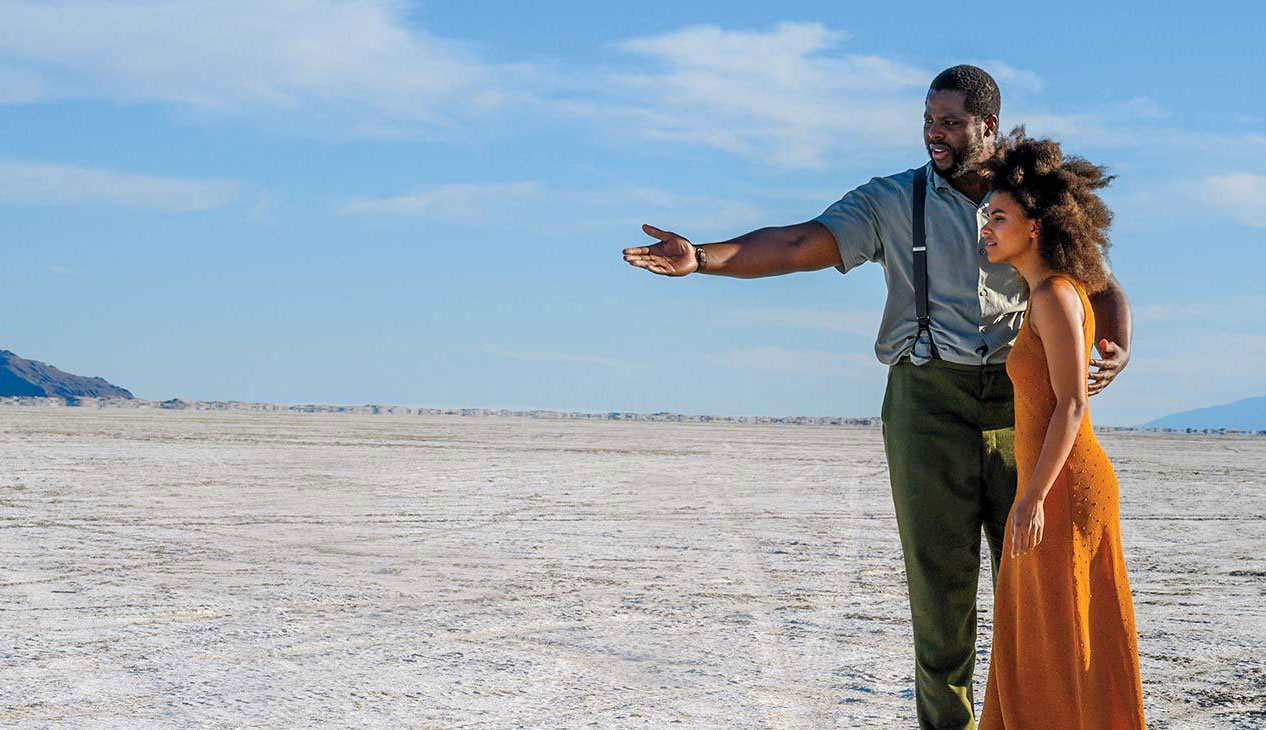 The anti-“John Wick” in every way, “Pig” first seemed like a setup for a lot of bad Nic Cage memes and eye-rolling ironic takes. Instead, writer/director Michael Sarnoski turned in the best film of the year with a mix of surprises, humor and tragedy. Even when plot elements seemed obvious, the way that the characters handled them was not. This is one of the best performances that Cage has ever delivered, which is saying something in his lifetime of memorable and terrific roles. “Pig” is the top film of 2021 because it’s a painfully loving reflection of three universal truths: we all know loss, we all want love and we all need grace. 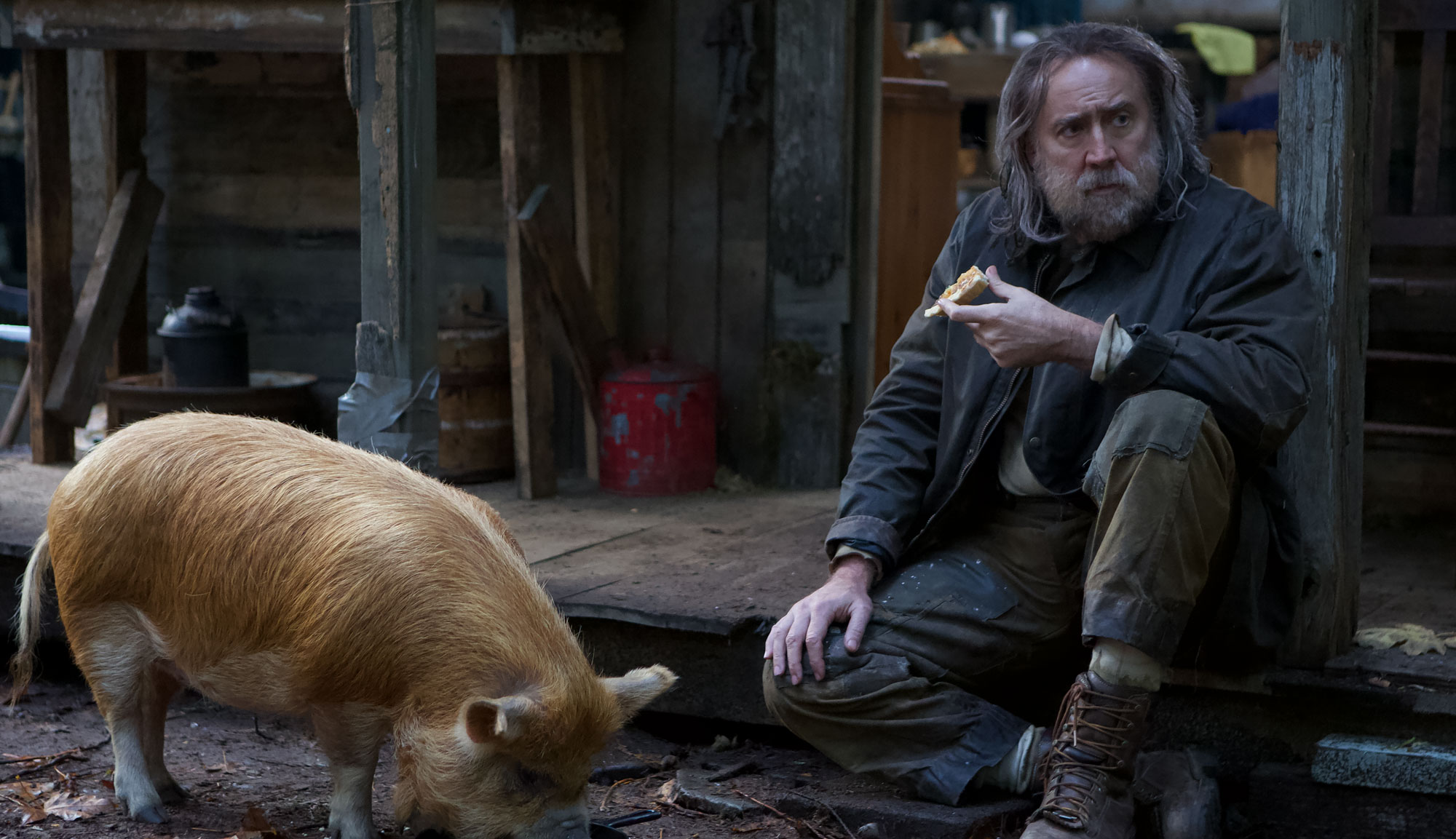