Trending
You are at:Home»Entertainment»Movies»Movie Review: “The Mitchells vs. the Machines” 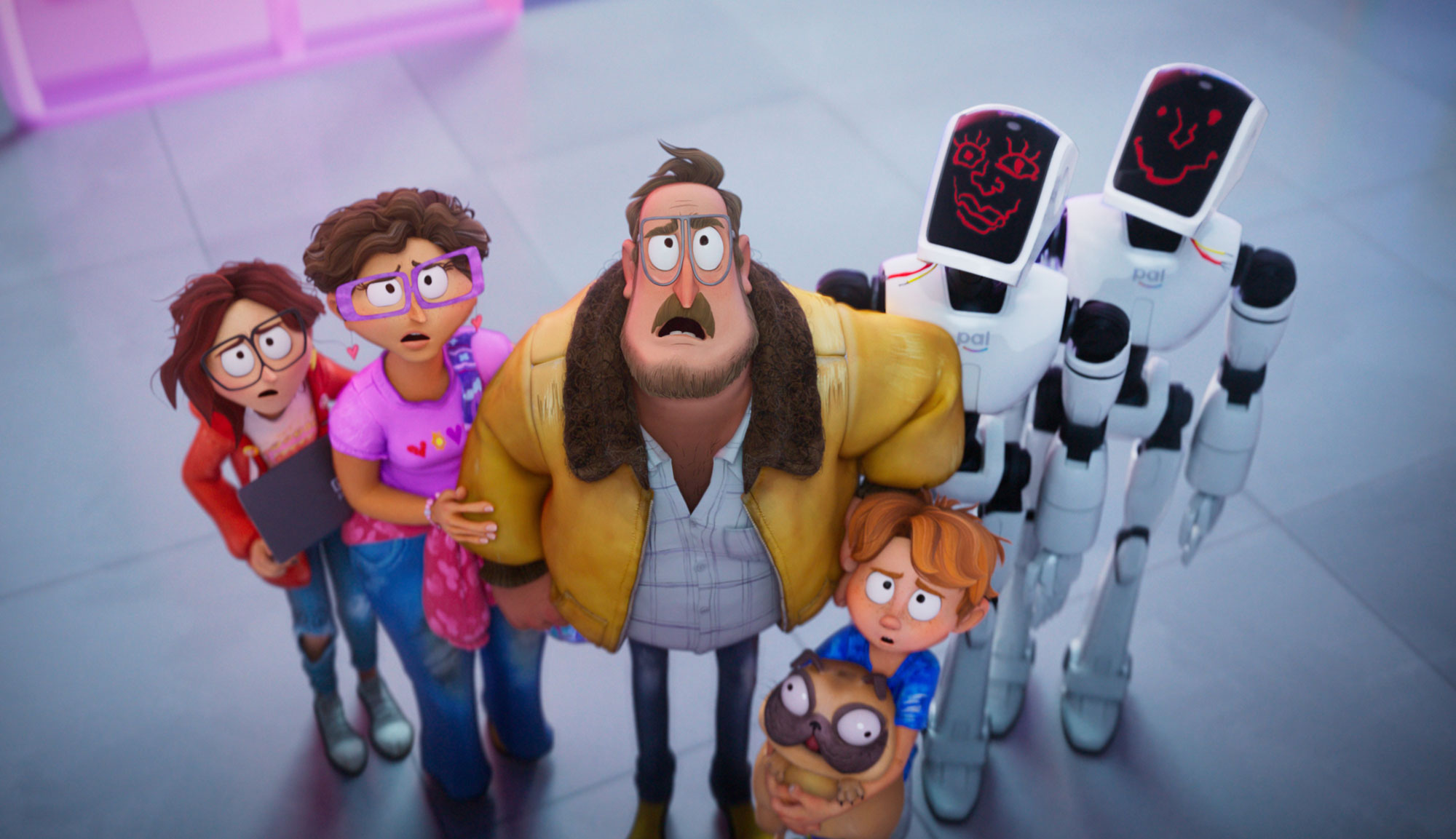 Directors Michael Rianda and Jeff Rowe made their names with the well-regarded animated show “Gravity Falls,” as well as Netflix’s “Disenchantment” with Matt Groening. Perhaps it’s their involvement with the latter that led to the streaming giant distributing “The Mitchells vs. the Machines,” the duo’s first feature-length effort. In addition to Rianda and Rowe, the movie also has the backing of Phil Lord and Christopher Miller, the multi-hyphenate team behind such films as “The LEGO Movie,” “Cloudy With a Chance of Meatballs” and “Spider-Man: Into the Spider-Verse.” For “The Mitchells vs. the Machines,” Lord and Miller are purely in producing mode, having left the entirety of the writing and directing to Rianda and Rowe. And they have some big shoes to fill, providing one of the first big animated features of 2021 (alongside Disney’s “Raya and the Last Dragon”), as well as kicking off the summer movie season, even if they’re doing it from home.

The titular Mitchells are a pretty standard family unit consisting of patriarch Rick (Danny McBride), his wife Linda (Maya Rudolph), son Aaron (Michael Rianda) and daughter Katie (Abbi Jacobson). Katie is the star of the show — an ambitious teenage filmmaker who has grown distant from her father over the years and is on the brink of joining a prestigious film school in California. In a last-ditch effort to restore the bond they had when she was growing up, Rick cancels her plane ticket and instead brings the whole family along for one last road trip before college. His attempts to reconnect are generally disastrous until they discover that a new AI personal assistant from Pal (the film’s version of Apple, represented by a Siri analog voiced by Olivia Colman) has gone rogue, overthrowing tech billionaire Mark Bowman (Eric André) and taking all of humanity prisoner. The Mitchells soon discover that they just might be the only free humans left on Earth and are the last bastion standing against complete robot domination. Along with some faulty Pal units (Beck Bennett and Fred Armisen), the Mitchells race against time and a legion of androids to try and save the world.

Those coming to this film more from the Lord and Miller side of the equation will be pleased to hear that the anarchic spirit so often present in their films is certainly in place here, as is the ingenuity of animation on display, which marries the standard CGI animation style honed so well over the past 20 years with the chaotic scribblings of an adolescent’s sketchbook. It speaks to the unique brand of creativity that Katie displays throughout the film, which in part created the divide with her father that gets the plot moving. That’s what’s so impressive about both this film and “Spider-Man: Into the Spider-Verse.” They aren’t simply changing the animation approach for the sake of doing it; the choices reinforce the central narrative. And while Lord and Miller don’t have specific creative credits beyond producing, the film surely feels like one of theirs — the sort of movie that takes a rather rote premise and expands on it in ways that consistently hides surprise and delight behind every corner.

In practice, “The Mitchells vs. the Machines” is a rather straightforward road trip movie, with the Mitchells tasked with crossing the country to get to specific locations that they believe will help beat back the AI menace. Those moments form the film’s set pieces, whether it’s a high-energy fight through a mall full of animated smart appliances or the final attack on the villain’s compound, and Rowe and Rianda do an excellent job of making the action clear and easy to follow, even with the added layer of hand-drawn animation. The approach would likely be far too busy and overwhelming in less skilled hands, and despite Rowe and Rianda’s relative inexperience with larger budgets and project scopes, they juggle the responsibilities of their role with aplomb.

“The Mitchells vs. the Machines” certainly isn’t the first film to tackle the dangers of technology and rogue AIs. Skynet was 37 years ago now, and the same paranoia and concerns are still very much with us, buoyed by the continued expansion of technology, virtual assistants and smart devices. But this isn’t a simple blind screed in favor of an analog world. Rick definitely has a more traditionalist bent in the way he sees the world, which causes much of the friction between him and Katie, but it also takes the time to establish the positives that come along with the interconnected nature of an internet-enabled world. Katie has managed to forge bonds of friendship and community with like-minded individuals across the world, with a whole group of friends ready to meet her on her college journey. Sure, the satirical Apple side of things may be seen as a bit of low-hanging fruit that’s easily skewered, but both Rianda and Rowe have loftier ambitions than a simple parody of Steve Jobs and Siri.

It’s easy to lose track of the deluge of content that Netflix has added to their platform over the years, and that experience has only gotten more intense during the pandemic. Whether “The Mitchells vs. the Machines” would have caught on with theatergoing audiences is a question we’ll never get an answer to, but its accessibility on the Netflix platform — even if it has to fight against a tidal wave of competition every week — should allow it to reach the audience it deserves. There’s usually only a short window of time that a film like this gets in the spotlight before it’s replaced by the next shiny new thing, but hopefully, thanks to its quality, “The Mitchells vs. the Machines” will get the sort of notice, recognition and respect that it’s earned.