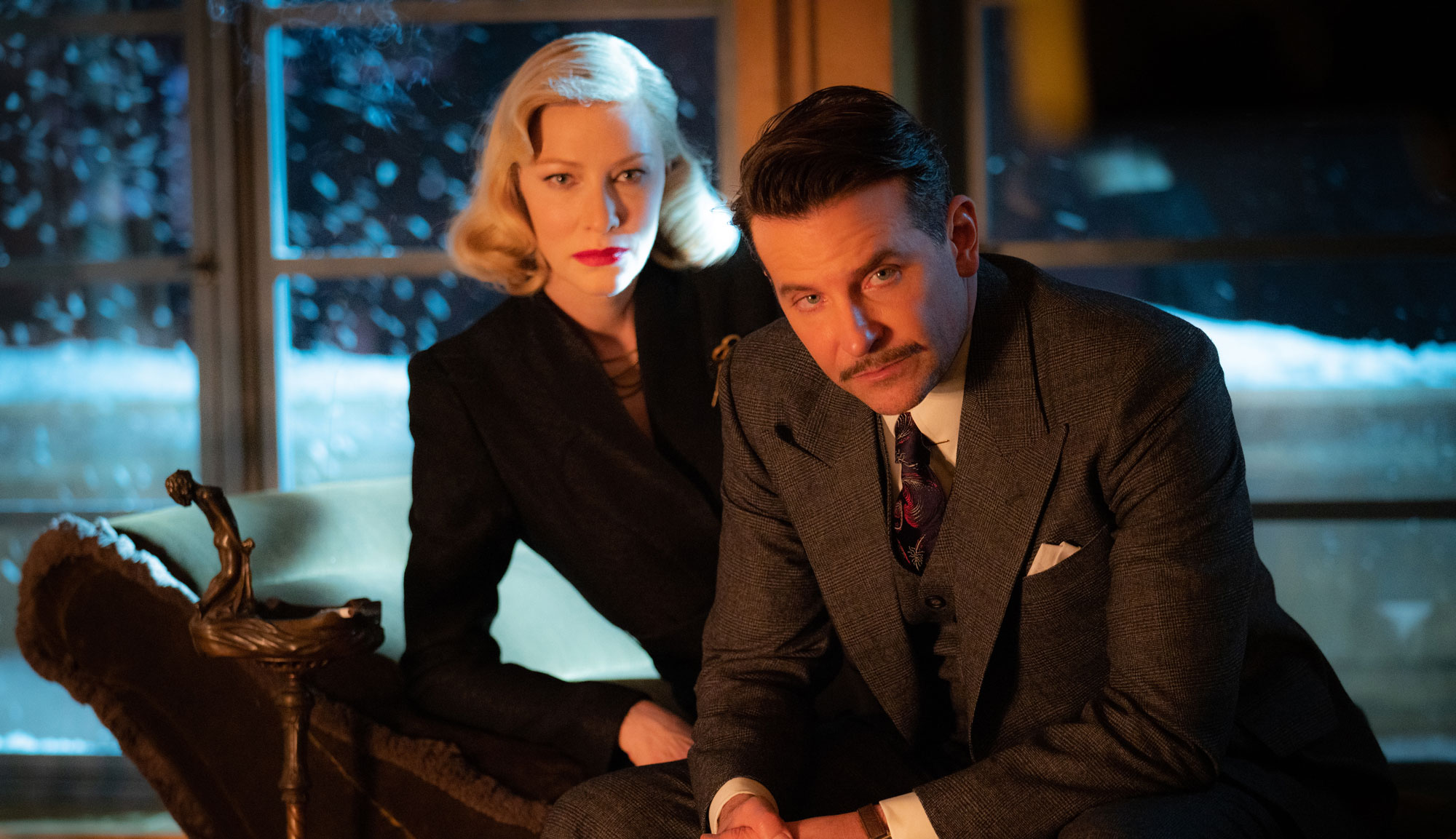 For all of the status that comes from being a newly minted Oscar darling, Guillermo del Toro tends to struggle with getting projects off the ground and into theaters. His list of stalled and abandoned projects is large enough to have its own Wikipedia page, and it has taken him four years to capitalize on the biggest movie of his career, Best Picture winner “The Shape of Water.” Absence can sometimes make the cinema world grow fonder, and the arrival of “Nightmare Alley” comes with big expectations and big promises, despite production delays due to the pandemic and Disney’s acquisition of Fox causing all sorts of havoc behind the scenes. That’s certainly a risk, as this film isn’t exactly a four-quadrant blockbuster.

For those unfamiliar with the novel or its 1947 adaptation, “Nightmare Alley” concerns Stanton Carlisle (Bradley Cooper), a down-on-his-luck drifter who seeks employment at a traveling circus run by Clem (Willem Dafoe). Initially drafted to help with the geek show (consisting of a feral man who bites the heads off chickens for the theoretical amusement of onlookers), he soon falls in with a fortune teller (Toni Collette) and her drunken mentalist partner (David Strathairn), who teach him the ways of the trade. After discovering an almost preternatural gift for the showmanship required of the mentalist trade, he runs off with Molly (Rooney Mara), a young woman in an electricity act, to make it big in the city. It’s here that he meets Lilith (Cate Blanchett), a psychiatrist who takes an interest in the trade and looks to work with Stanton to trick money out of rich marks (including Richard Jenkins). But as is so often the case with sideshow acts, ulterior motives abound, threatening to upend Stan’s burgeoning career.

As his follow-up to winning Best Director and Best Picture, remaking a 75-year-old movie like “Nightmare Alley” is surely an odd choice, but it’s in keeping with del Toro’s enjoyment of straying from the beaten path. He’s learned how to hone his craft over the years to take advantage of budgets both big and small, and with the expansive and varied production design, big-name cast and prestige release, Searchlight has certainly invested heavily in this one, hoping lightning can strike twice. On the surface, “Nightmare Alley” is a fair bit more accessible than “The Shape of Water,” as most stories would be, to be honest, but it’s not the sort of premise that jumps off the page or screen and demands a large audience. Name recognition, then, becomes paramount in getting people into the theater. A glitzy cast and a big PR push are necessary to ensure that people actually see the thing when it’s released.

For the most part, the cast definitely delivers. Cooper, who couldn’t be more different than his other major role this fall in “Licorice Pizza,” remains a lead actor of considerable skill and poise, comfortably earning Stan’s metamorphosis from taciturn drifter to dazzling mentalist. He has the mania needed to let himself run headlong into the self-made tragedies of the third act — the rightful end for a sociopathic grifter. His interplay with Blanchett is the stuff of classic Hollywood noir, flirting and hatching plots over a drink and a smoke in a stately art deco office with huge windows and harsh shadows. Additionally, the bevy of character actors, like Strathairn, Ron Perlman, Mary Steenburgen and so on, do an excellent job making the world feel colorful and engaging. The issue, perhaps surprisingly, is Rooney Mara, whose Molly is such a lifeless character that even an actress of her skill can’t do much to make her interesting. When first introduced, she seems far more worldly than she is, but in actuality, she exists to remind Stan of his decaying morality while being the pretty dame at his side during his shows. She wears out her welcome rather quickly and is easily cast aside when the far more engaging Blanchett comes into play. It’s not necessarily a case of her getting the role wrong — there’s just nothing to it on the page.

There’s nothing outwardly wrong about “Nightmare Alley.” It’s a good story that’s well told, and beyond Mara’s low-energy performance, the cast lives up to the promise that their names carry. It’s not a straight noir, however, as del Toro is far more interested in aping the likes of “Night of the Hunter” than “Vertigo” (or even the original “Nightmare Alley,” which is far more directly in that genre), building a world that suffocates in the darkness and depravity of the freak show circus. Though even when things move to the more civilized city, things aren’t all that brighter in practice. It’s a good approach for subject matter that isn’t afraid to get dark, and the production design does well to support the psychodrama that del Toro is aiming for.

And yet, something almost always feels lacking. Molly being crucial to Stan’s motivation and the climax certainly hurts, but she’s not the only issue. The turn in the third act, where Stan attempts to swindle Jenkins’ character out of his money, really drags down the momentum. Cooper does his all to keep the interest afloat, especially nailing one of the great final scenes in cinema faithfully recreated, but too much of the third act is enervating to capitalize on the promise of the film’s table-setting. In many ways, “Nightmare Alley” feels like another “Crimson Peak” — a beautiful movie that can’t quite live up to its promise under scrutiny. The material, and by extension the film, is a major upgrade over that one, which makes “Nightmare Alley” the sort of movie that is assuredly worth seeing. But after “The Shape of Water,” it’s a clear step down.