Trending
You are at:Home»Entertainment»Movies»Movie Review: “Spider-Man: No Way Home” 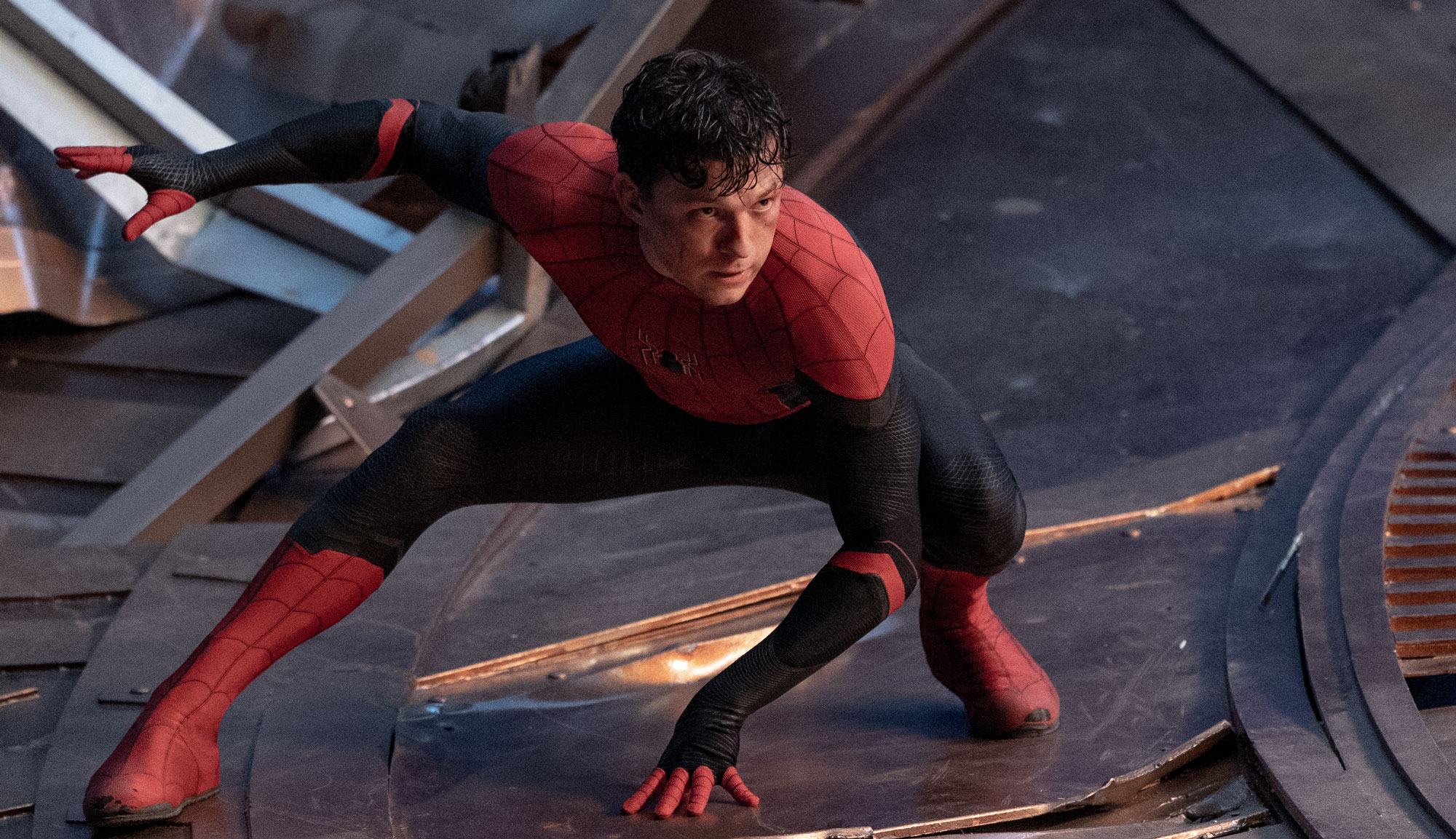 Who is your Dracula? James Bond? Superman? For comic book readers, this has been something to consider for many years, as different writers and artists have taken over iconic characters and put their own stamps on them, maybe drastically altering the look, origin or even alter-ego of the beloved superhero whose name graces the cover. Meanwhile, in the adaptive space, there have been about a dozen different actors in these roles. With each iteration comes a different set of sensibilities that tend to reflect their times and the artists behind them. The easiest example of this is Batman, from the 1966 pop art version played by Adam West to the grim and gothic stoicism of Michael Keaton to the violent relentlessness of Christian Bale and so on. Maybe it’s the one you saw first or at a particular age, or maybe the character has certain tenets and characteristics (as best embodied by a particular adaptation) that define Batman for you.

“Spider-Man: No Way Home” isn’t just the end of Jon Watts’ trilogy with the iconic wallcrawler nor the culmination of Tom Holland’s five-year journey playing him, but a window to look at the various versions that have come before — the villains that the other Spider-Men have faced, how those stories dealt with danger and the cinematic worlds that were shaped by studios and audiences’ sensibilities. For some, this will be seen as a step backward into overly familiar territory (even more so after “Spider-Man: Into the Spider-Verse”). For others, “No Way Home” will be a natural progression of the character, aligning with elements that they felt were lacking. For yet another group, including this critic, it will be both. Not as a half-measure or middle-of-the-road approach but an impressively measured amalgam that showcases the best and worst aspects of a character that debuted almost 60 years ago.

Following the end of “Spider-Man: Far from Home,” the world knows that Peter Parker is Spider-Man. His fledgling romance with MJ (Zendaya) is put under the microscope of public opinion while they, and their friend Ned (Jacob Batalon), are facing fallout from the authorities and others due to this revelation. Luckily, Peter has friends in weird places, seeking out the help of Doctor Strange (Benedict Cumberbatch) to make his identity a secret once more. But things go awry, and now Peter must defend his friends, his aunt (Marisa Tomei) and even his city from the fallout of his choice as villains from previous cinematic incarnations (including Jamie Foxx’s Electro, Alfred Molina’s Doc Ock and Willem Dafoe’s Green Goblin) come into this reality.

“No Way Home” is a truly beautiful reflection on Spider-Man in particular but also the idea of these persistent yet constantly changing figures in our storytelling. What defines them? For the past five years, no one behind or within the MCU seemed certain if Uncle Ben had ever existed in this continuity. But is that essential to Spider-Man? Does he need multiple tragedies (like Marc Webb’s version) or constant hard decisions that swing between selfless and self-absorbed (as in Sam Raimi’s trilogy)? “No Way Home” delivers an answer to all these possibilities with a resounding “yes.” Spider-Man isn’t one thing, and yet the character does have a distinct air about him that can’t be easily defined but is easily spotted.

As with other MCU films, Watts’ third outing with Spider-Man is filled with jokes, nods to pop culture (especially other Marvel properties), plot contrivances, banter and relationships that tend to be more important than the bombastic fighting sequences. For those seeking a complete change of tone, they’ll be unhappy with most of this movie. “No Way Home” is similar in setup and approach to other Marvel works, but these multiversal villains, acting as reflections of their own Spider-Men, plus the mystical and super-science aspects of the story, lead to some surprising character and narrative development. Additionally, the action scenes are particularly dope when compared to the last two installments.

Most of the flaws in “No Way Home” are found in the movie’s construction, with the story requiring X to happen just to get to the next scene or get the characters out of (or into) a jam. Furthermore, there are a few too many nods to previous lines and moments in those other “Spider-Man” films, while some of the MCU connective tissue (featuring guest turns and appearances) feel awkward and confusing. None of this is enough to derail the film, but it still feels like an occasional stumble.

While most of the running time features an ensemble cast playing with and against each other, “No Way Home” rests on the shoulders of Holland, who proves that he’s not only one of the best criers in movies today but also possesses the emotional depth and performative range to make for a captivating lead and a pretty damn good Spider-Man, at least to me. After all, that’s what the film is ultimately wrestling with: who is Spider-Man?

It’s the question that kicks off this film, as Parker’s identity is revealed to the world, but it isn’t as simple as that. By literally bringing in so much of the past to wrestle with the present (in our society and the MCU), there are multiple answers possible. Watts and company provide their own response but seemingly without invalidating others’ perspectives. “No Way Home” wrestles with the identity of an icon and the permutations of storytelling to deliver a powerful meditation on both that will inform (positively and negatively) the future iterations of Spider-Man, all separate yet tied to each other, like the strands of a web. How about that?