Trending
You are at:Home»Entertainment»Movies»Movie Review: “The Tragedy of Macbeth” 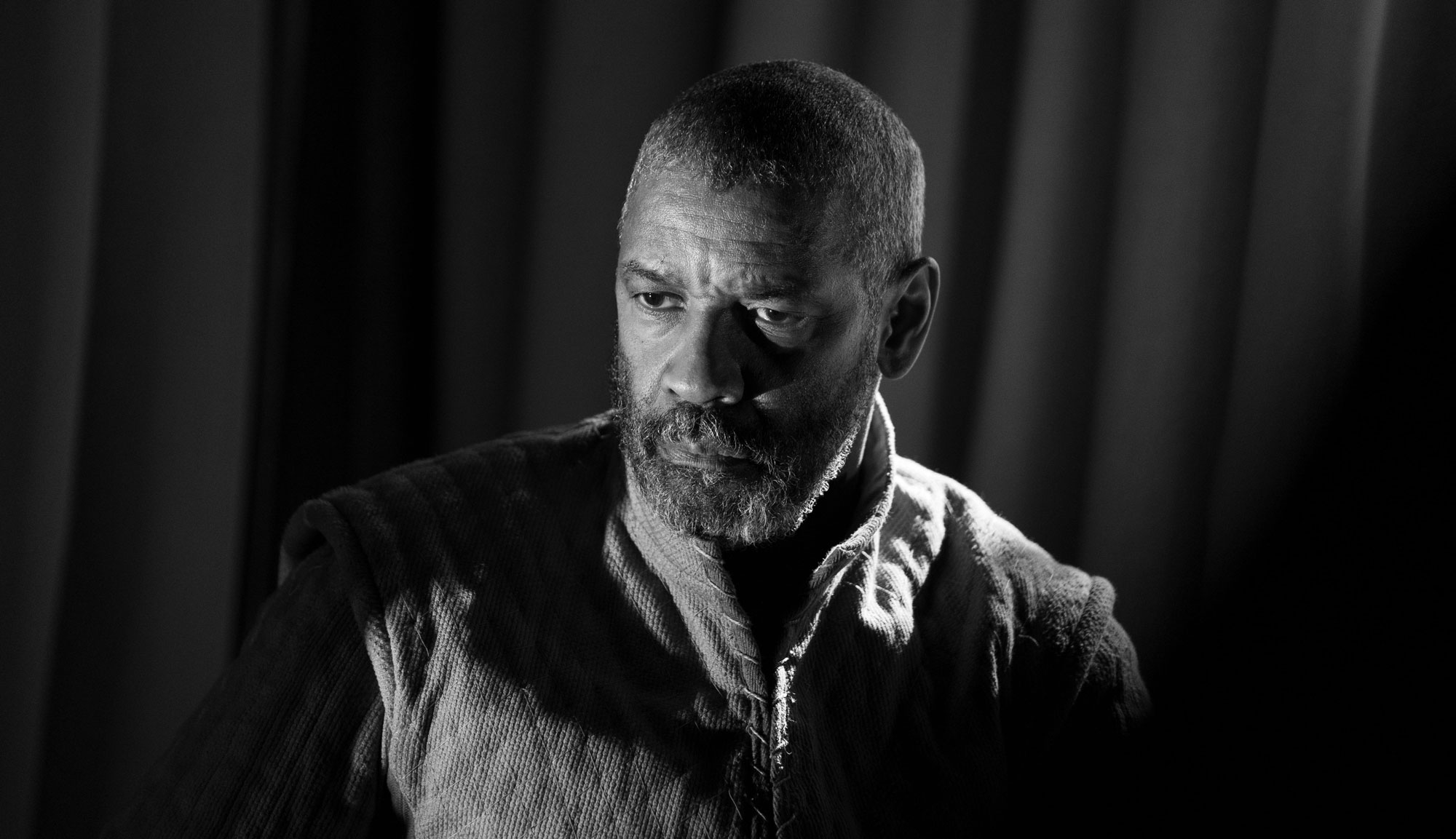 My brother still calls “Macbeth” the Scottish Play. He hasn’t acted in a decade, but even to this day, even nowhere near a stage, he won’t say the name out loud. Whether “Macbeth” is Shakespeare’s most famous and lasting work is up for debate, but the superstition surrounding it, the litany of phrases and idioms it pioneered that last to this day, and the countless film adaptations stretching from 1908 to Justin Kurzel’s 2015 adaptation starring Michael Fassbender (to say nothing of indirect adaptations like “Scotland, PA” or “Throne of Blood”) certainly points to its lasting impact on Western culture. It’s so compelling, it seems, that Joel Coen felt the need to mount his own version of the play without his brother Ethan, who has taken time away from film to focus on theater. This is significant, as it makes “The Tragedy of Macbeth” the first time that a Coen film does not credit both brothers.

Everyone knows this story by now. Macbeth (Denzel Washington), fresh from winning a key battle for King Duncan (Brendan Gleeson), receives a prophecy from three witches (Kathryn Hunter) that he is destined to become king. Lady Macbeth (Frances McDormand) is told of his potential future and seeks to make it come true as quickly as possible. With Duncan visiting their castle to celebrate Macbeth’s victory and new title as Thane of Cawdor, the perfect opportunity for secret regicide presents itself. But absolute power corrupts absolutely, and not all prophecies are ordained to be positive for the ambitious, especially when blood is the route to strength.

The last time a Coen film was in black and white was for “The Man Who Wasn’t There,” which took its inspiration from 1940s film noir. Two decades later, Joel has returned to the medium, though the results couldn’t possibly be more different. Taking its cues from classic German Expressionist works like “The Cabinet of Dr. Caligari” and “The Testament of Dr. Mabuse,” “The Tragedy of Macbeth” is all hard angles, extreme shadows and intense architecture that stretches beyond the top of the screen. Entirely shot on a soundstage by the legendary Bruno Delbonnel, the film feels otherworldly from its first frame to its last, with backgrounds obscured by an unrelenting dense fog. It has the look of a filmed play but with plenty of visual and camera tricks in place. The result is an appropriately classical take on the most classical of tales, and the Academy ratio represents the walls closing in on Macbeth as his thirst for power causes his undoing, but with more than a little modernism mixed in for spice as well.

Someone like Fassbender is certainly the more classical choice for a role like Macbeth; his Irish heritage is at least geographically close to the play’s setting, and at 38, he had the youth and fire usually seen from the role. Washington is quite far removed from that, being American and in his mid-60s, but an older and more wizened Scot offers some new wrinkles for the modern era. The speed with which the Macbeths go from hearing the prophecy to murdering Duncan is usually chalked up to a combination of unchecked ambition and the impulsivity of the young. Here, Washington’s Macbeth is a man running out of time, his salt and pepper beard stained by decades of battle. If he doesn’t kill Duncan and take the throne now, how much time will he have left? And while “The Tragedy of Macbeth” represents only the second time the actor has starred in an adaptation of the Bard on screen (and the first in the lead role), he could not be more comfortable, his caution and fealty replaced by an unchecked bluster once he takes the crown and its power for his own. McDormand is in every way his equal, her sharp, angular face markedly harsher than Washington’s rounder features. That plays into their dynamic, with her the more ruthless behind the scenes, and him the soft public face of their union.

Beyond the choice to make the leads quite a bit older than usual, most of “The Tragedy of Macbeth” doesn’t rock the boat too much. Despite this, Coen does have some tricks up his sleeve, predominantly focused on how the three witches are brought to life in the form of only one actress, Kathryn Hunter. She is so memorable in her performance, with her deeply disturbing gravelly voice and body contortions that would be the best visual effect of the year if they weren’t real. Add in some clever camera illusions and reflection tricks that turn the one witch into three, and you have perhaps the most visually arresting and satisfying moments of an adaptation that is full of them. Combine that with the beautifully harsh lighting effects that slash through the darkness of the soundstage with vivid contrast and the haunting score from longtime Coen standby Carter Burwell, and “The Tragedy of Macbeth” feels not like a fossil or a retread, but something worthy in its own right.

There are enough versions of “Macbeth” to compare this to that another straightforward take on the story with new actors really wouldn’t be enough to move the needle. But what Coen does here is so staged and otherworldly in its approach that it somehow makes you examine the work anew after all these centuries. And with such ravishing and powerful performances from the entire cast, “The Tragedy of Macbeth” is all the more vital for its power just shy of 400 years since it was written. Coen deserves enough credit for giving us a chance to see Denzel Washington do Shakespeare in all its glory, but what he’s given us is so much more than that.