Trending
You are at:Home»Entertainment»Movies»Movie Review: “The Card Counter” 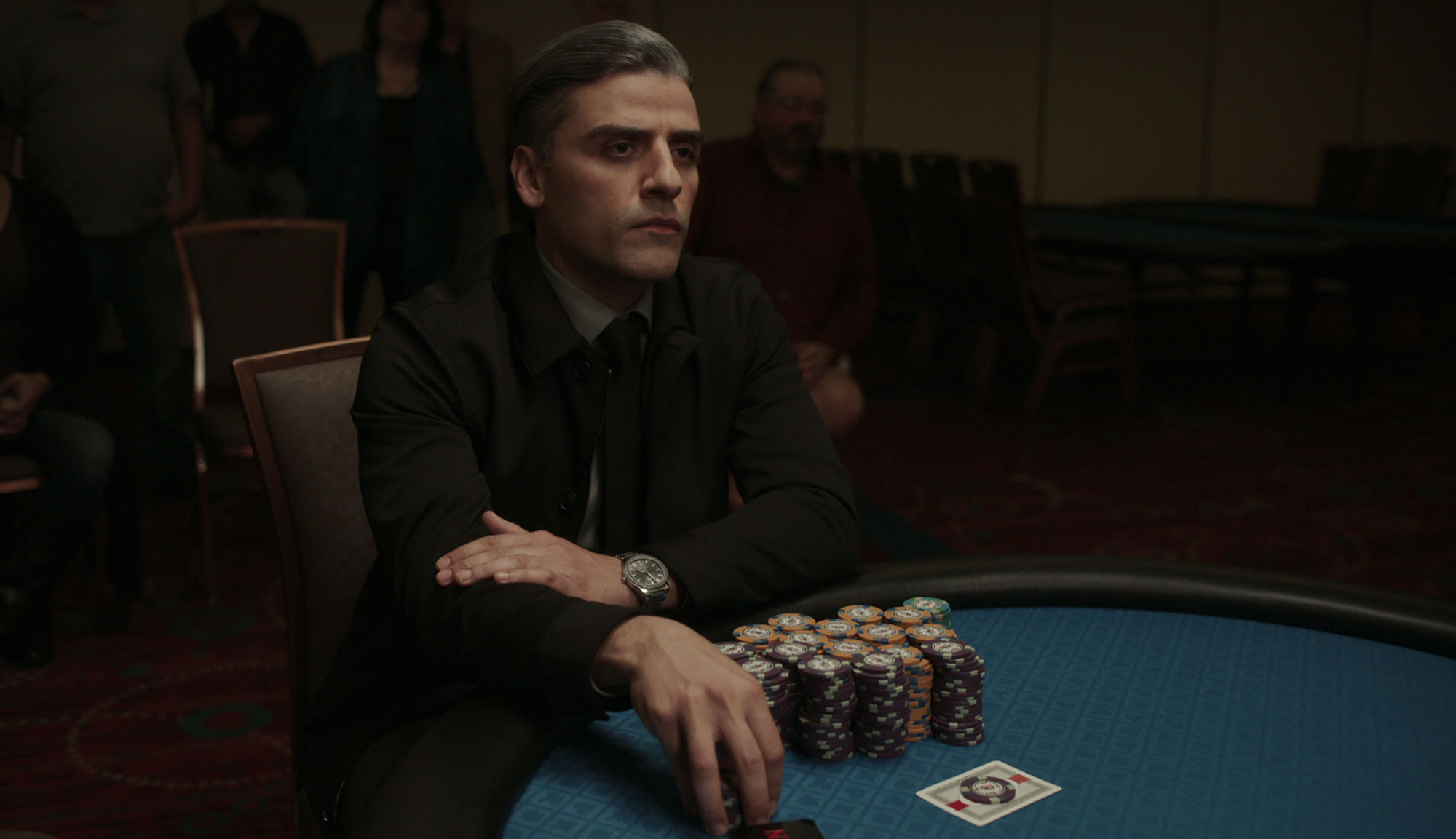 There are a select few artists who’ve worked the same tropes into most of their projects for decades, but it never feels like a hollow imitation or a sad attempt to go back to that well. They muse over the same themes with similar characters or surroundings so that their obsessions and neuroses are blatant even to an audience that’s barely familiar with their oeuvre, but the style of the approach is either just different enough or the artist is just that damn talented that it feels fresh, nuanced and vital. Paul Schrader’s career is filled with meditations on the same questions and fears, peopled by a similar caste of alienated men trying to traverse very familiar moral quagmires. “The Card Counter” joins this illustrious tradition of a dozen or so titles, and while that shared DNA is a bit more obvious this time around, it’s no less effective as a powerful character study that wrestles with the corrosive darkness and capacity for light inside of everyone.

William Tell (Oscar Isaac) has found freedom in his routine. The former soldier learned the value of a closely regimented life in prison, where he also learned how to play cards extremely well. The titular card counter is constantly on the move from casino to casino and city to city, winning multiple games but never getting too greedy or straying from his structured path. This changes when he meets “The Kid” (Tye Sheridan), a young man with ties to the former life that led to William’s stint behind bars. William invites The Kid along with him on his nomadic casino quest in the hopes that he can instill in him some direction to plug a void too easily filled by rage and self-destruction. He reaches out to La Landa (Tiffany Haddish), a recruiter who connects excellent players with financial backers, to join them on their journey as William rises within the ranks of the poker world, with the possibility of financial windfalls, freedom and forgiveness on the horizon.

William is a complicated man existing on the fringe of polite society with ties to common aspects of American life. He’s a social malcontent who writes his dark philosophical musings in a journal (delivered via narration) about moving through a life of compromised morality and frequent pain while attempting to come to terms with his own failings and guilt by finding some new person to help as an act of redemption. As noted, “The Card Counter” is a variation on many films from writer/director Paul Schrader; the aforesaid description could easily apply to “Taxi Driver,” “Bringing Out the Dead” and “First Reformed.” William is Schrader’s archetypal protagonist — a person torn between whipping themselves and whipping the world, often choosing some form of both upon learning that it’s all inextricably linked. But the brilliance of Schrader is that each film is never stepping into the same river twice.

Most of Schrader’s other protagonists are outwardly emotional wrecks who don’t know how to socialize and progressively become overrun by passion as the films play on. William is locked down — personable but not friendly, yet lacking any of the manic-depressive energy seen in his cinematic ilk. He blends in with people around him not only because it’s an uncaring world full of broken people, but because his decision to stay behind an invisible separator is what makes him seem untouchable. Isaac plays this all beautifully, with a mixture of the existential fatigue that he showed in “Inside Llewyn Davis,” the clenched rage from his role in “A Most Violent Year” and the detached sorrow from his remade creature form in “Annihilation.” These all come together in “The Card Counter” to reveal a man who went into a prison a long time ago and has remained in one ever since.

Sheridan is a lanky goofball in the best of ways and a nice foil for Isaac. The Kid is a shrug of a person who indulges in revenge fantasies but doesn’t seem to have the imagination needed to envision a better world or one where he has some other interests. He’s happy to just go along for the ride with William, but it’s preordained that the relationship between the two men hopscotches between loving admiration and hateful resentment. When William stops by his former stomping grounds to meet with an old friend, The Kid refuses to go in because he finds prisons claustrophobic and scary. William lives his life locked up, even when walking free, but The Kid believes that the only way he can be penned in is to surrender to such a place. It’s layered work that combines the doofy slacker ways of a young adult with a man burdened by anger and agony far beyond his years.

Haddish doesn’t have as much screen time or backstory as the other leads, but she delivers a memorable and impactful performance. La Landa isn’t some Madonna/whore archetype who offers salvation for the hero by showing him how to love himself. She’s simply a genuine and sweet person, with her own flaws and baggage, who isn’t scared off by the walls that William erects around him. She doesn’t push to learn more or act like his odd ways are lovable idiosyncrasies. Instead, she offers a connection to a life outside, though not at the expense of her own. And while they may always be a bit separated due to the rage and torment that William carries with him, the pair are asymptotically close enough to see glimmers of a better life somewhere.

“The Card Counter” isn’t novel in the type of film that it is, but it never feels too old hat. The broken protagonist carrying his crown of thorns in a clenched fist is familiar, but the specifics involving the military, gambling and trauma make for a new version of this American reflection. The grounded and engaging chemistry among the three leads also presents a new angle — one more full of hope and possibility than in other tales of men on the fringes who don’t fit in. In poker, it comes down to knowing the players and the probability of success. With “The Card Counter,” Paul Schrader proves a mastery of both and delivers a powerful portrait of a person whose cage is constantly changing yet remains ever-present.