Trending
You are at:Home»Entertainment»Movies»Movie Review: “The Harder They Fall” 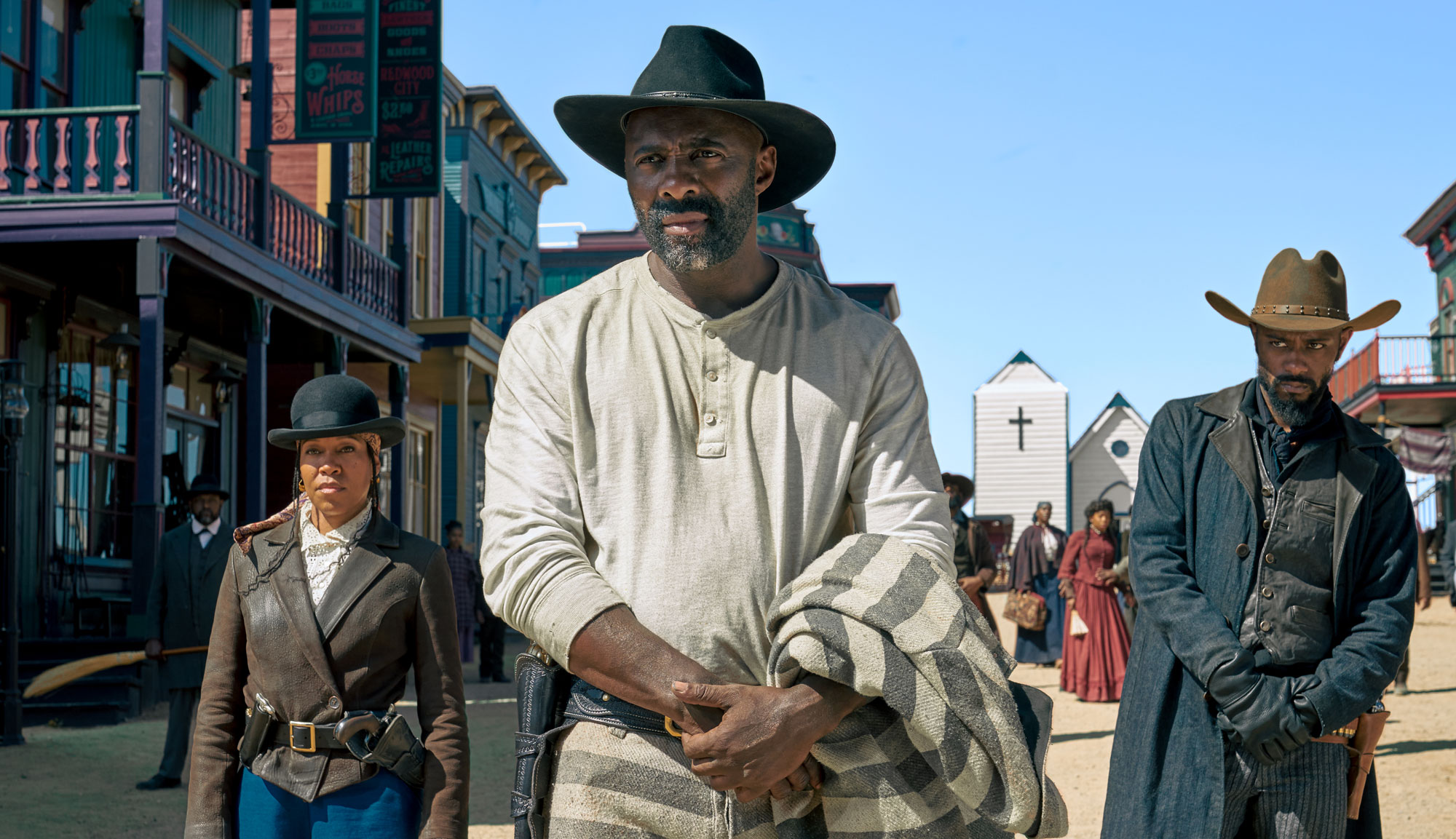 Some movies seek to be cool and some are inherently cool. Obviously, all films want to be engaging in their own way, but certain filmmakers are clearly striving to create cult-like icons out of their characters, thinking less about how it works as a piece of entertainment and more about how it will look as a poster in a dorm room or when it’ll be referenced in song lyrics.

From the beginning, with its stylized framing, epic dialogue, commanding score and opening credits sequence where the actors strike poses as their characters, “The Harder They Fall” is absolutely trying to be a cool neo-revisionist Western. Lines are spoken as if they were pre-made to be used for memes or as samples on a track, and there’s impressive violence perpetrated by characters with flashy names and flashier personalities, all while incorporating hip-hop beats and sounds as a sort of 21st-century answer to Ennio Morricone’s Spaghetti Western scores. Despite how sweaty and insistent that all sounds, one of the biggest accomplishments by director Jeymes Samuel (working from a script he wrote with Boaz Yakin) is that he essentially pulls it off. It’s a thoroughly enjoyable and impressively styled film that, while flawed in multiple ways, is still a pretty dope experience that has a strong shot at becoming a part of the pop culture lexicon.

For years in the Wild West, Nat Love (Jonathan Majors) has been a stick-up man who steals from criminals while seeking vengeance against those who murdered his parents. That chapter is now ending with the culprits dead or in jail, and Nat is looking to settle down with a former member of his gang, the now prosperous saloon owner Stagecoach Mary Fields (Zazie Beetz). But then Treacherous Trudy (Regina King) and Cherokee Bill (LaKeith Stanfield) spring their old boss from imprisonment — a legendary outlaw named Rufus Buck (Idris Elba) who’s known for his brutality and the long wake of corpses that he’s left behind. Marshall Bass Reeves (Delroy Lindo) enlists Nat to bring down Buck and thereby cross off the final name of those who murdered his parents, and the duo is backed by Mary, her loyal employee/bouncer Cuffee (Danielle Deadwyler) and the other members of Nat’s gang, Jim (RJ Cyler) and Bill (Edi Gathegi). But Rufus has a whole town under his control, as well as an army of mercenaries and outlaws willing to kill anyone and everyone who dares try to stop his plans.

While the story of “The Harder They Fall” is fiction, most of the characters in the film were real people or amalgams of a few different folks. While that could lead to Samuel’s movie feeling like fan fiction writ large, the fact is that most people aren’t familiar with these historical figures. Even outside the cinema, Black people are usually background characters at best in the stories involving the frontier, so it’s easy for people not to realize that Nat Love was a real cowboy who wrote his autobiography about his experiences in the West. It’s unclear if “The Harder They Fall” will lead to more recognition of these people, but Samuel is clearly aiming to make them mythic figures of the “untamed” outlaw country similar to The Man With No Name, Django and other deadly yet charming characters that have populated revisionist/Spaghetti Westerns for the past 50-plus years. And he mostly succeeds.

The expertly choreographed action sequences land especially well, enhanced by a rich palette of colors and swooping camera movements. Additionally, there’s some terrific, detailed work by costumer Antoinette Messam, whose outfits feel ornate yet lived-in — an integral part of the world that Samuel and company are building onscreen — while production designer Martin Whist works with set decorators to build gorgeous layouts for frames that strike a balance between something intricately constructed yet seemingly still within the realm of reality. Samuel, who’s been producing music under his name and as The Bullitts for 20 years, also handles musical duties, and his work here mixes classic compositions with DJ techniques and sampling to add to the film’s propulsive energy. He’s aided by a slew of songs from artists that Samuel has worked with previously to blend the past and present in a way that’s most reminiscent of Quentin Tarantino’s genre takes.

All this style and impressive aesthetics work, aurally and visually, would be for naught if there wasn’t a good story populated by good characters. King’s Trudy radiates incredible ferocity, as she appears to be calmly smiling at some would-be prey (though her regional accent choice can be distracting), while Stanfield, Lindo and Gathegi all bring nuance to the familiar roles of experienced men who know how these events tend to go yet still hope to alter that outcome. However, the centerpiece of the film is Majors, Elba and Beetz, as each represents someone shackled to a past with dreams of a better future… even if the path to that tomorrow is covered in blood. The main detriment is how often the audience is told that these characters are impressive and badass but rarely see such feats. There are plenty of scenes of them being coldblooded and effective in taking out opponents, but not much is connected to their abilities so much as their manner of killing people suddenly or overwhelming them with the forces of other gunmen. The frenetic climax goes a long way to proving the legends, but for most of the film, it seems that viewers must take it on faith that these are the best of the best.

“The Harder They Fall” certainly has moments where it comes off as too try-hard. Attempts at forcing cult status occasionally lead to the film insisting on itself that what viewers are seeing is superlative in its originality and badassery instead of assuredly and confidently earning such claims through the actions onscreen. But those are minor misfires that are easily overlooked when it comes to something this fun and, quite frankly, memorable. Though “The Harder They Fall” isn’t inventing anything particularly new, and the influences are practically footnotes on the screen, Samuel and company have crafted an entertaining movie that’s beautifully constructed and filled with intriguing characters made unique through strong performances. Those powers combined sound very much like the recipe for a pretty cool film.