Trending
You are at:Home»Entertainment»Movies»Movie Review: “Luca” 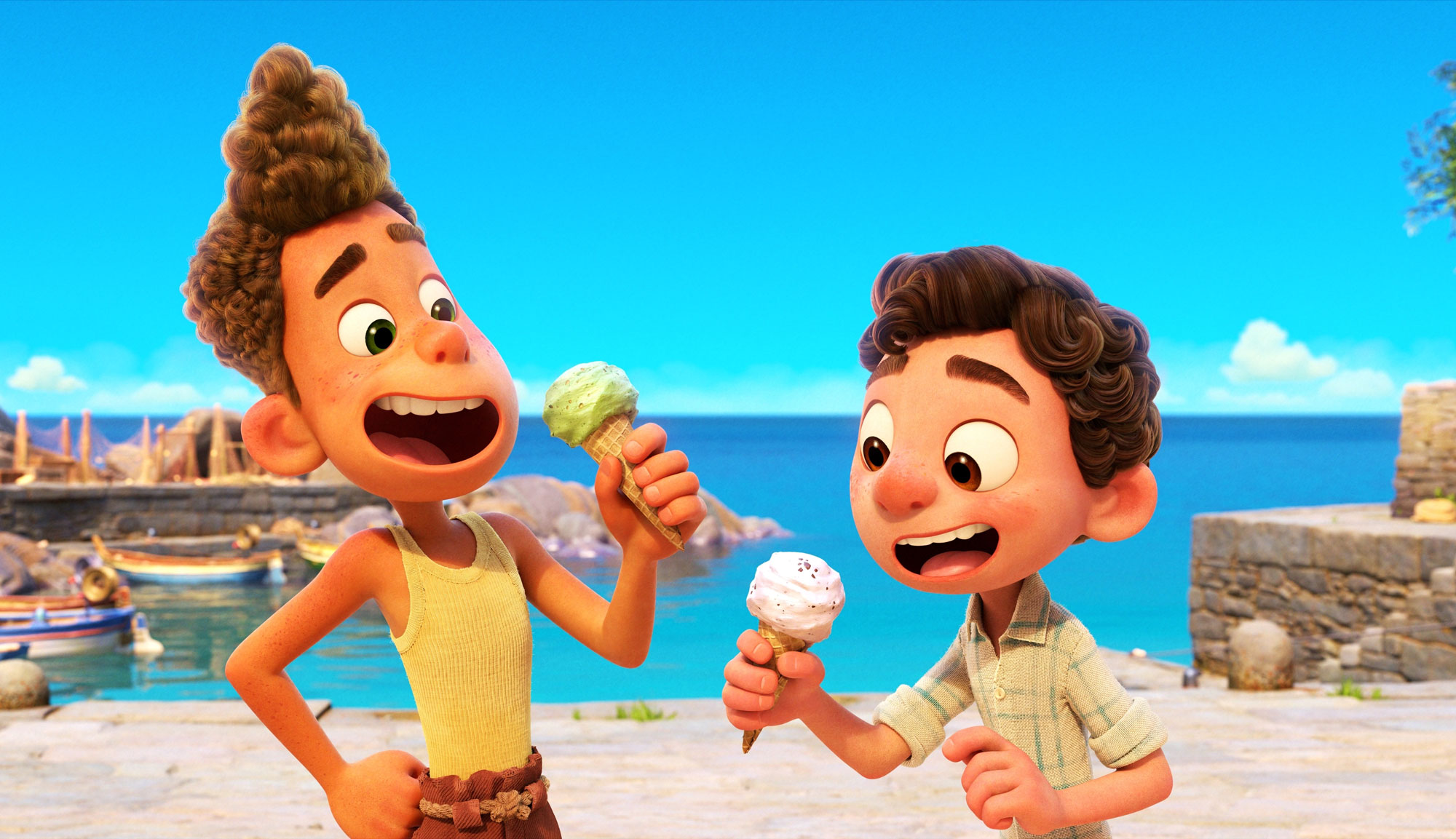 1950s Italy has a certain nostalgic romance to it. The setting that Fellini made famous in “8½” and “La Dolce Vita,” with its laissez-faire attitude, cappuccinos by the Riviera and little to no work to bother you, is definitely the stuff of dreams to the overworked, overstressed modern adult. Perhaps it’s those rose-colored glasses that led to Pixar setting its newest film, “Luca,” during that time. The director of the film, Enrico Casarosa, may not have lived in the ‘50s, but his Italian heritage surely points to an interest in the period. “Luca” is his first feature as a director with Pixar, though he previously wrote and directed the Oscar-nominated short “La Luna.”

The Luca of the title is a young sea creature (voiced by Jacob Tremblay) who lives with his parents (Maya Rudolph and Jim Gaffigan) under the sea by a sleepy Italian fishing village. The denizens of the town are deathly afraid of sea creatures, as they believe that they represent a threat to their way of life. Despite this, Luca sees the surface world as a place of freedom, and one day, he finds himself lured to the surface by another boy, Alberto (Jack Dylan Grazer). Upon leaving the water, Luca finds himself magically turned into a normal human boy, allowing him to pass as a visitor to the town… once he learns how to walk, of course. Luca and Alberto begin to blend in with the locals but soon find themselves transfixed by Giacomo (Giacomo Gianotti), a brash bully with a shiny new Vespa. They dream of getting a Vespa of their own one day and using it to explore the countryside — an opportunity that presents itself when they team up with a girl named Giulia (Emma Berman) to win a local race that would provide enough prize money to buy a bike of their own. But things aren’t that simple, as even the tiniest splash of water on Luca’s skin threatens to reveal his true nature.

It’s hard not to think of “The Little Mermaid” when watching “Luca,” what with its merpeople who change their appearance when on the surface and its plot focused on a youngster who sees the land as a place of freedom and opportunity while their parent(s) are hellbent on keeping them in the safe and controlled underwater environment. But that’s about where the comparisons end, as “Luca” has no evil witch pulling the strings behind the scenes. However, that bit of overlap creates a sense of familiarity in the film that makes for pretty easy onboarding for any Disney devotee. The story beats of the movie are exactly as expected, with the stakes and dangers established early on: any amount of water splashed on Luca’s skin reveals his sea monster scales, and the locals are obsessed with killing any sea monster they see, mostly due to misplaced superstition. It doesn’t take a genius to figure out what will create the turn at the end of the second act, and despite this rather pedestrian approach to plotting, the heart and soul of “Luca” make it shine.

Luca himself is younger than Ariel, so his sojourn to the surface is less about love and more about adventure, brought along for the (literal) ride to take part in a local triathlon to try and win a used Vespa that he sees as synonymous with freedom. Pixar is often at its best when seeing the world through a child’s eyes, allowing the ability to reimagine the scope of problems and goals without feeling silly. Who in their right mind would risk literally everything, including his life, just to win a beat-up old Vespa in a race? A child, of course. And it’s that perspective — that sense of wonder, confusion and excitement — that gives “Luca” its energy. It’s a lean film, with the credits rolling in under 90 minutes, proving that it’s confident enough to tell its story and get going while the going is good. It doesn’t necessarily have the spark of a “Ratatouille” or a “WALL-E,” the absolute apex of the Pixar model, but there’s plenty to like here.

Arguably, the only real disappointment with “Luca” is the way that Disney decided to release it. Sure, at the time they were building their release schedule for 2021, they likely didn’t know that in-person moviegoing would be bouncing back in a big way by now, but the choice to not only send it directly to Disney+ but to also not give it any significant theatrical release robs us of the ability to even see it as originally intended if we wanted to. A film as gorgeous as “Luca” deserves to be seen on the biggest screen possible, and this isn’t a case like “Cruella,” where the film is available both at cineplexes and on Disney+.

It’s great that any of the millions of subscribers can kick up their feet and watch “Luca” whenever and however they want from home, but at what cost? The way Pixar makes their worlds come alive will work in any medium or on any size screen, but they’re best served with the sort of clarity and captivity provided by the in-theater experience. “Luca” would have been a great opportunity to truly kick off the return of something resembling the summer movie season of old, but we’re stuck watching it at home instead. Nevertheless, “Luca” is one of the stronger films of Pixar’s recent output and is not to be missed by anyone who can float the subscription fee for a month.