Margot Robbie has taken Hollywood by storm. She’s beautiful and has tons of talent, and she’s willing to challenge herself as an actress taking on all types of role as opposed to just relying on glamour roles.

The Australian actress was born on July 2, 1990 to Scottish parents. She got her start in an Australian soap opera from 2008-2010 and then left for Hollywood.

Margot is one of the busiest actresses in Hollywood, and you can follow the latest on her here.

“Pan Am” (2011)
Margot’s Hollywood career started when she landed the role of Laura Cameron on the short-lived ABC series “Pan Am.” Here’s a clip from the show with Margot and Christina Ricci. 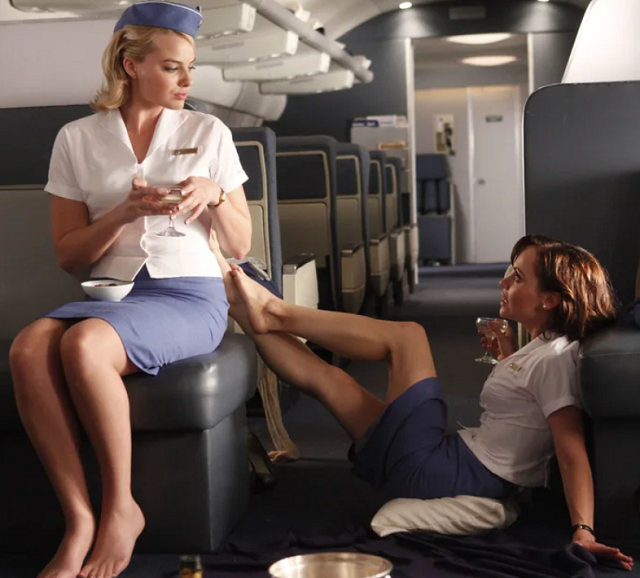 Margot gave an interview for her role where she flashes her amazing smile as you can see in the screenshot below. She’s very casual in the interview without all the Hollywood glam, coming off as a lovely girl next door type. 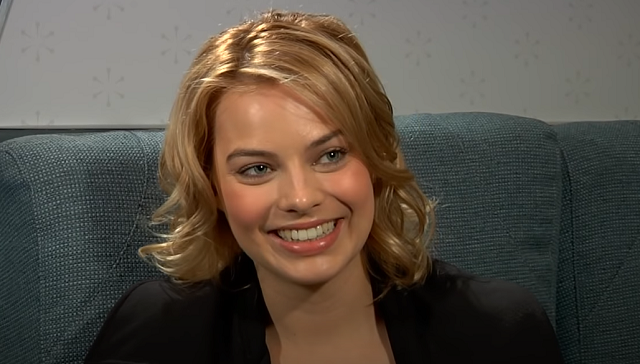 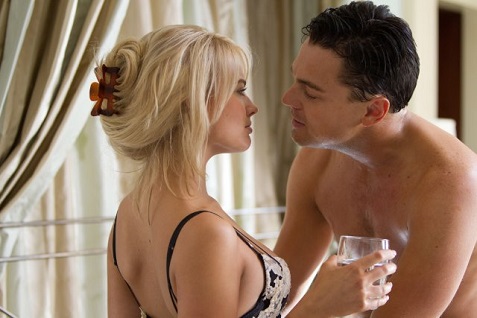 “Focus” (2015)
Here’s Margot in a sexy bikini scene starring opposite Will Smith. You can see more photos from this film here. 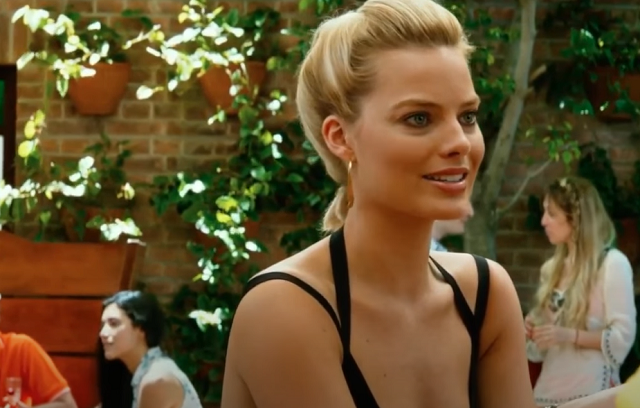 “Z for Zachariah” (2015)
Margot shines in this excellent film set in a near-future dystopia where most of humanity is gone. Critic Jack Giroux nots that Margot “commands the screen, expressing such maturity and confidence as a performer.” What’s refreshing about Margot is that she challenges herself as an actress as opposed to just settling for the roles as the film “hottie.” 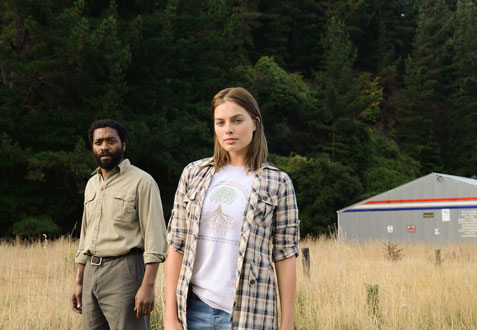 “The Legend of Tarzan” (2016)
This disappointing film isn’t one of Margot’s best choices.

“Suicide Squad” (2016)
Margot created a sensation as the Joker’s deranged sidekick Harley Quinn, and her portrayal of that character has now become iconic. Women want to dress like her for Halloween, and men can’t stop thinking about her. Our movie critic Jason Zingale saw this right away: “Robbie is the clear standout as Harley Quinn, practically leaping off the screen with the same energy and dark humor that has made her comic book counterpart a favorite among fans . . . ” Margot posted a photo of herself in character here. 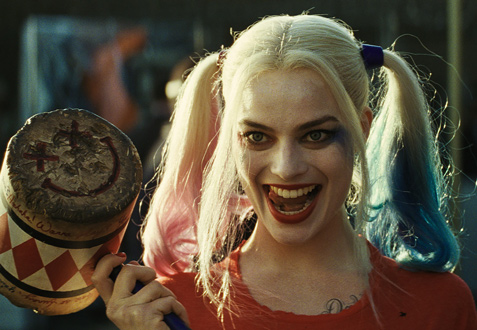 “I, Tonya” (2017)
Margot stars as the lead character Tonya Harding in one of the best films of 2017, establishing herself as a top actress. She co-produced the film and was nominated for an Academy Award for Best Actress.

“Mary Queen of Scots” (2017)
Margot takes on a completely different role as Queen Elizabeth I opposite Saoirse Ronan as Queen Mary. Critic Steve Katz notes that “Robbie’s role is a lot smaller than the trailers may indicate, mostly confined to fretting from afar and consulting with her advisers. She has one dynamite scene near the end, but this is very much Ronan’s show.” 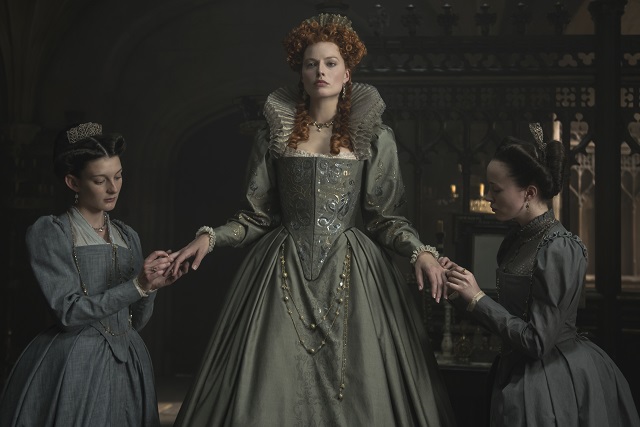 “Once Upon a Time…in Hollywood” (2019)
Dressing up Margot in sexy outfits has to be fun, so the costume designer of this film must have had a field day working with her. Quentin Tarantino has always had an eye for talent, so he knew what he was doing when he cast Margot as Sharon Tate in a small but important role in this film, one of the best of 2019 according to Jason Zingale. Critic Rob Dean observed: “Robbie is ethereal as Sharon Tate; she isn’t given much screen time or dialogue, but the actress has the unenviable task of embodying a bygone era and a promise of a time that was ripped from this world. She has to seem vulnerable without being weak, cute without being forced, sexy without being brazen, and above all else, the type of person who everyone falls in love with.”

“Birds of Prey” (2020)
While “Suicide Squad” wasn’t very good, Margot “Harley Quinn” became a sensation, so naturally the studio looked for a way to bring her back. In his Blu-ray review, critic Jason Zingale notes, “Thankfully, Robbie is such a blast to watch as Harley that it makes up for many of the film’s shortcomings.” 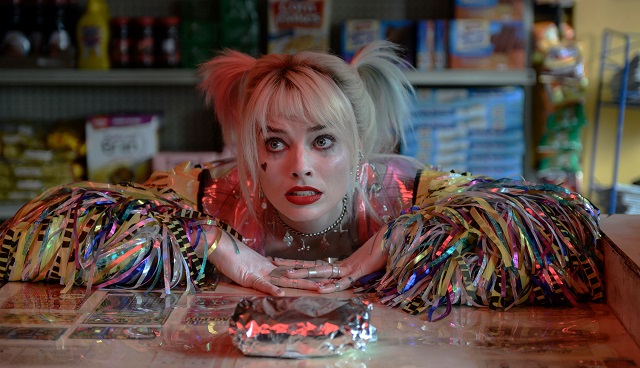 “The Suicide Squad” (2021)
It’s difficult to keep up with the endless superhero reboots. DC Comics in particular can’t seem to get anything quite right these days. One can sort of understand doing a soft reboot here of 2016’s “Suicide Squad,” with this new version directed by James Gunn. It’s a solid effort, but the film comes up a little short of expectations given his track record. At least we have more of Margot Robbie as Harley Quinn . . . 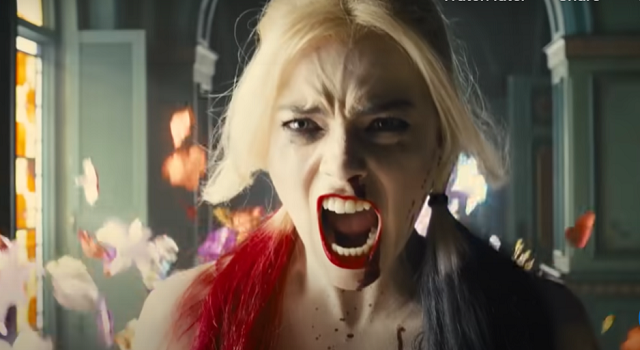 Margot has taken her acting career seriously, so she doesn’t limit herself to just looking hot on screen. Still, she’s beautiful and will find many roles that feature her raw sex appeal. Of all those roles, her full-frontal scene in “The Wolf of Wall Street” will be hard to top. To see all of Margot’s sexy roles check out Mr.Skin.com.

Margot Robbie on Instagram
Margot has over 1 million followers and posts amazing photos of herself. Wow!