Trending
You are at:Home»Entertainment»Movies»Movie Review: “The Suicide Squad” 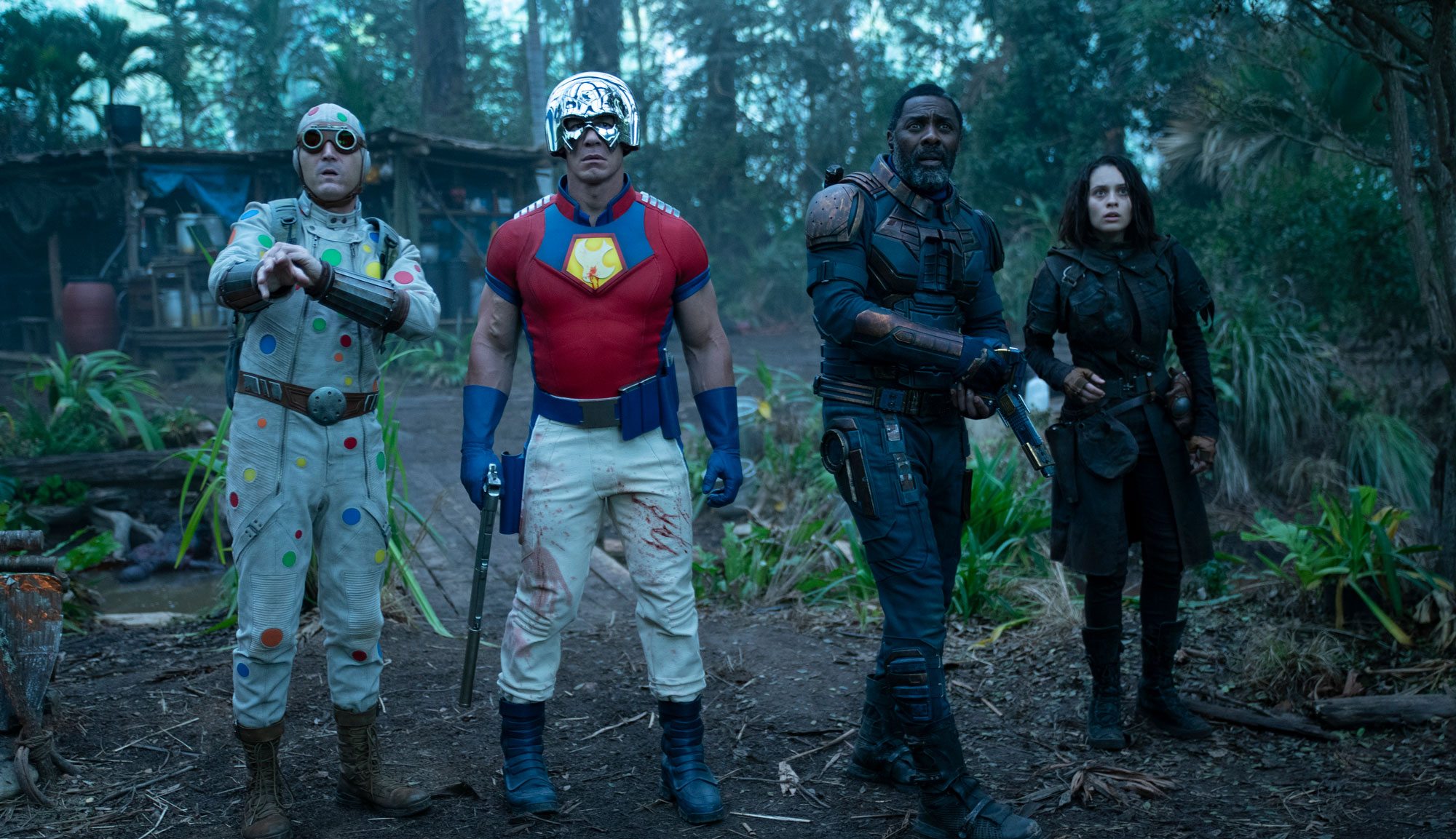 It’s an exchange that sticks with viewers because it reminds folks of how easy it is to dismiss something simply because it’s humorous. For some reason, society has decided that being funny isn’t serious business and doesn’t deserve as much regard as darker, more dramatic fare. But just because a movie makes audiences laugh doesn’t make it disposable. “The Suicide Squad,” written and directed by James Gunn, is a raucous mixture of hilarity and unrestrained violence with multiple moments that will make people giggle just at the thought of them long after they’ve seen it.

Covert-ops guru Amanda Waller (Viola Davis) runs a super-secret program called Task Force X, which recruits imprisoned supervillains to partake in dangerous missions under the leadership of Col. Rick Flag (Joel Kinnaman) in exchange for a lessening of their sentences. The missions are fraught with peril, and if any of the team members try to run, Waller triggers a bomb in their brains that will kill them. When a new assortment of less-than-stellar villains is busted out of prison and sent to the island nation of Corto Maltese in the wake of a coup to destroy a potential doomsday weapon, the motley crew of weirdos must navigate the island’s military forces, Waller’s machinations and more to achieve their goals. Many of them don’t make it out alive.

It’s hard to discuss the expansive cast without tipping the hat as to who lives and dies because there is a surprisingly high mortality rate. There are about 13 villains assembled for this mission, with the only returning cast members from the 2016 “Suicide Squad” movie being Davis, Kinnaman, Margot Robbie as Harley Quinn and Jai Courtney as Captain Boomerang. The newbies include Idris Elba, Pete Davidson, Michael Rooker, John Cena, Nathan Fillion, Daniela Melchior, Flula Borg, Mayling Ng, Sean Gunn, David Dastmalchian and Sylvester Stallone, who provides the voice of King Shark. That’s a lot of names, and luckily, Gunn figures out ways to balance them, mostly by killing characters off and paring it down. Still, despite the impending doom for all and the relatively short screen time for many, every single one of those 13 has at least one moment to shine. Usually, they get to have a cool comic book movie moment (striking a pose as they show off their abilities) and then some hilarious bit tied to their oddball powers or deranged personalities.

Like his “Guardians of the Galaxy” films, Gunn finds something lovable and charming in each of these deeply flawed characters/monsters that endears them to us through humor and humanity. The major difference here is that there is less heroism in this group and a darker streak of humor, with main characters who are killed off suddenly, horrifically and usually as a bit of a punchline. A Squad member who was entertaining and engaging a moment ago can be just as quickly and cruelly dispatched. It’s the black comedy that Gunn trafficked in with his earlier movies, and it creates a significantly different tone and atmosphere than the Marvel films. No matter how brutal the action or obvious the euphemism, none of the MCU titles have delved so deeply into the waters of R-rated cinema before.

A warning to folks who think that because it’s a comic book movie based on characters who also show up in cartoons, they should bring their kids: Given the very small sample size of the lone child sitting two rows back at the screening, it appears like the film may be a bit much. Excited chatting about all the various DC characters was replaced with numbed silence during scenes of dismemberment or characters boning.

“The Suicide Squad” is a very R-rated action-comedy. There’s nudity, profane language, excessive violence and impressive amounts of gruesome gore from the victims. Gunn has married his sensibilities from his early work (including his Troma days) with his recent experience playing in the MCU sandbox to deliver profane and gloriously over-the-top amounts of murder and mayhem that feels like a gleefully self-aware but psychotic attempt to outdo “Commando” with absurd stunts and massive levels of destruction around the main characters.

It’s almost impossible to discuss “The Suicide Squad” without mentioning “Guardians of the Galaxy” because they’re so similar. Both series are about outcasts who band together to take on bigger threats while proving how bad they are at socializing and the fluidity of their morality. Gunn wisely differentiates from those interstellar escapades by employing more gratuitous violence, twisted humor, actual sex and an increase in practical effects. However, there are areas where it seems like the filmmaker tried to bring over (or was encouraged to translate) elements from Star-Lord’s stories into this piece of super-exploitation.

Music has always been a big part of Gunn’s movies, but most of the time, it’s diegetic; the needle drops happen because someone in the film is listening to that song in the scene. “The Suicide Squad” has so many non-diegetic music cues that it becomes increasingly distracting. This is especially odd because one of the biggest complaints about the 2016 version was the incessant and poor use of a soundtrack. Not all of the songs are bad or ill-fitting, but it feels like someone trying to copy Gunn as opposed to the man himself.

Another disappointing part of “The Suicide Squad” is the color grading that makes so much of the surroundings drab grays, blues and browns. In theory, it could work to make some of the more colorful characters pop brighter on screen, but there aren’t enough of those or enough intrusions of color to create that disparity. Instead, the atmosphere feels too dreary for these larger-than-life rogues.

Additionally, the awkward dips into sentimentality are problematic. Though it’s obviously best to provide characters with some depth so they have a sense of motivation, a few scenes that are meant to play as dramatic come off as incredibly forced. As opposed to Star-Lord remembering his dying mom or Rocket realizing he’s loved, these aren’t narrative pieces that are built up over the course of the film and interwoven to make the homicidal antiheroes more sympathetic. There are a few scenes just plopped into the movie that are designed to humanize the Squad members and, in at least one case, attempt to make a death disproportionately tragic, but it just doesn’t work.

Despite this, Gunn has turned in a truly entertaining movie that constantly surprises by being willing to go just one extra step beyond the expected. There’s a lot to nitpick in plot contrivances, as well as a few big missteps that unfortunately drag it down, but ultimately, “The Suicide Squad” is a hilarious movie filled with bold characters engaging in exceptionally innovative and brutal violence that feels so gleefully over-the-top that audiences will be beaming through the many sprays of blood and viscera. Except maybe that traumatized kid two rows back.