Trending
You are at:Home»Entertainment»TV»TV Review: “Hawkeye” 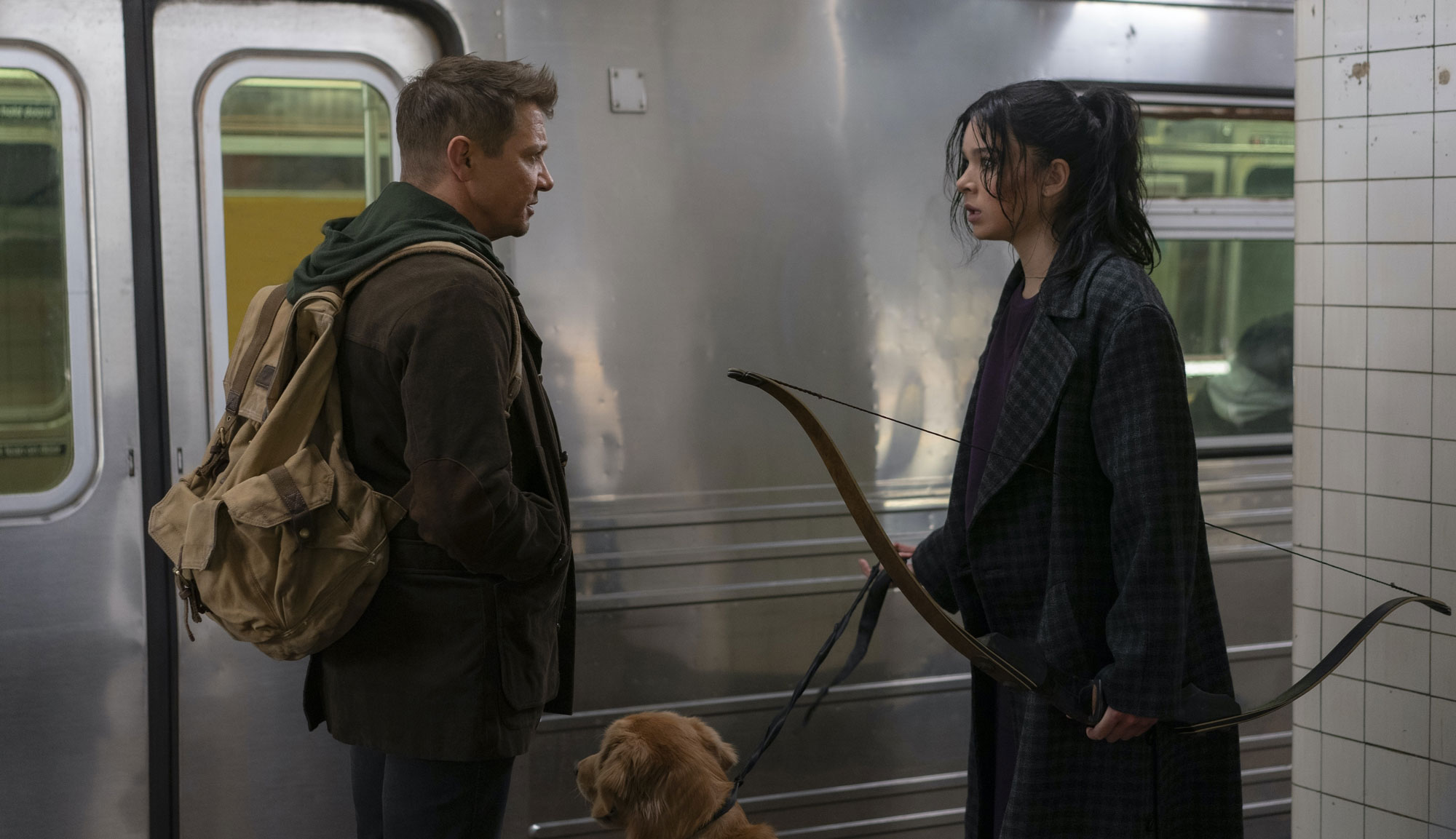 It took a bit under 11 years for the Marvel Cinematic Universe (MCU) to have to start retconning their own stories and canon. Those familiar with comic books know that, in terms of what Marvel and DC put out, that’s a relatively long stretch before tweaking history. But with “Thor: Ragnarok” revealing that the Infinity Gauntlet in Odin’s treasure room was fake, or “Shang-Chi” reversing the Mandarin twist of “Iron Man 3,” or almost the entirety of “Black Widow,” the MCU has started to realize that a decade-plus of serialized storytelling requires changing what’s been established to move forward.

This extends into changes made in the films that diverged from their comic book origins. The Disney+ series “Hawkeye” is based on a tremendous run by writer Matt Fraction and artist David Aja (seriously, go buy it), though the MCU version of the avenging archer is very different from the character in that storyline. While head writer Jonathan Igla tries to find a way to make Hawkeye’s movie exploits add layers of pathos, cinematic Clint Barton robs a lot of the emotional punch possible for this series.

Clint (Jeremy Renner) is in New York City to have some Christmas fun with his family before returning to the Barton farm and his wife (Linda Cardellini). It’s clear that his superhero career has taken its toll, whether it’s his loss of hearing, PTSD from multiple near-death experiences, continued grief over Natasha or even the fact that he knows he’s no one’s favorite Avenger. This is compounded when someone is seen dressed in a Ronin costume in NYC. He cuts his vacation short to investigate and discovers that the costumed vigilante is a young woman named Kate Bishop (Hailee Steinfeld). Kate is young and rich, and has been a fan of Hawkeye ever since the Battle of New York, so much so that she’s become a medal-winning fencer, gymnast, martial artist and archer in the ensuing years. Kate’s mother (Vera Farmiga) and her soon-to-be stepfather Jack (Tony Dalton) appear to be involved in some kind of criminal conspiracy related to Clint’s stint as the aforementioned Ronin, so Clint agrees to team up with Kate to uncover the mystery. Also, there’s an adorable dog named Lucky that loves to eat pizza.

“Hawkeye” follows many patterns previously set in every MCU Disney+ series so far. The show’s main theme involves identity and legacy, as the past shapes familiar characters while creating circumstances for a new status quo; it features a central duo with strong chemistry fueled by fun banter and clashing personalities; and it sets up yet another potential Young Avengers character in Kate Bishop. Unlike “WandaVision” and “Loki,” the aesthetic is closer to most MCU films, which is to say that it’s fine and workmanlike but not particularly visually stylish. However, like “Loki” before it, “Hawkeye” showrunner Igla and his writing staff are joined by directors (like Bert & Bertie and Rhys Thomas) who have mostly worked in television and are accustomed to episodic storytelling.

Nevertheless, there are enough innovative approaches to make “Hawkeye” interesting. The mentorship/literal hero-worship dynamic is a new shade that hasn’t been explored yet, even if it is a trope. There’s also lots of fun comedy from the interactions between the two Hawkeyes and the Tracksuit Mafia, a group of Eastern European gangsters who dress in red tracksuits and say “bro” often. The show’s biggest differentiator and improvement from other MCU Disney+ offerings is the fight choreography. Karen A. Harris, Heidi Moneymaker and Don Thai Theerathada smartly utilize space and techniques not seen in most MCU ventures that become engaging action sequences when combined with the cinematography of Eric Steelberg and James Whitaker.

Renner and Steinfeld have excellent chemistry, and it’s hard not to immediately love Kate, who exudes a mixture of cockiness and insecurity that fuels a rapid energy that will make a nice addition to her future appearances. It’ll be interesting to see what else the show incorporates from the Fraction/Aja run, which plays like a mix between “Leon: The Professional” and “The Rockford Files,” as the comic book Hawkeye is a bit of a loser who constantly makes a mess out of his romantic and personal life. But with Clint’s domestic ties established in “Age of Ultron” and his murderous history from “Endgame,” those narrative highlights seem unlikely. Hopefully, they at least retain the “Hawkguy” joke at some point.

But what will the future hold for “Hawkeye”? If pressed, it seems pretty likely that Kate’s mom will eventually be revealed as a major player in the criminal underworld, perhaps even becoming Madame Masque, a well-known villain from the books that crosses paths with Kate in another series. Jack is of course Swordsman from the comics, so he’s probably the enforcer for her empire, skillfully dispatching her foes as she climbs the ladder. It’s also known that Florence Pugh will reprise her role as the new Black Widow (as teased in that film’s post-credits scene) and that mute assassin Echo (Alaqua Cox) is in the series as well. One of the biggest questions that has fandom abuzz is around the Kingpin, as the iconic crime boss is the person who raised and trained Echo into becoming the deadly threat that she is, at least in the comics. With other rumors about Charlie Cox reprising his Matt Murdock role in “Spider-Man: No Way Home,” it’s possible that Vincent D’Onofrio will revisit Wilson Fisk, a character he absolutely crushed and would be giddily welcomed back by all.

“Hawkeye” isn’t anything particularly new or groundbreaking, especially compared with other MCU Disney+ series, but there’s enough personality and charm to make it a fun watch. The various twists and exciting fights also ensure that it’s more compelling than expected. While people pointed to ‘80s buddy cop movies as the inspiration for “The Falcon and the Winter Soldier,” the prototype for “Hawkeye” seems to be ‘80s detective shows like “Simon & Simon,” “Magnum P.I.” and “Miami Vice.” It’s not necessarily appointment television (except for what it will set up for future MCU tales), but it is a fun way to spend the holidays.