Trending
You are at:Home»Entertainment»Movies»Movie Review: “Aladdin” 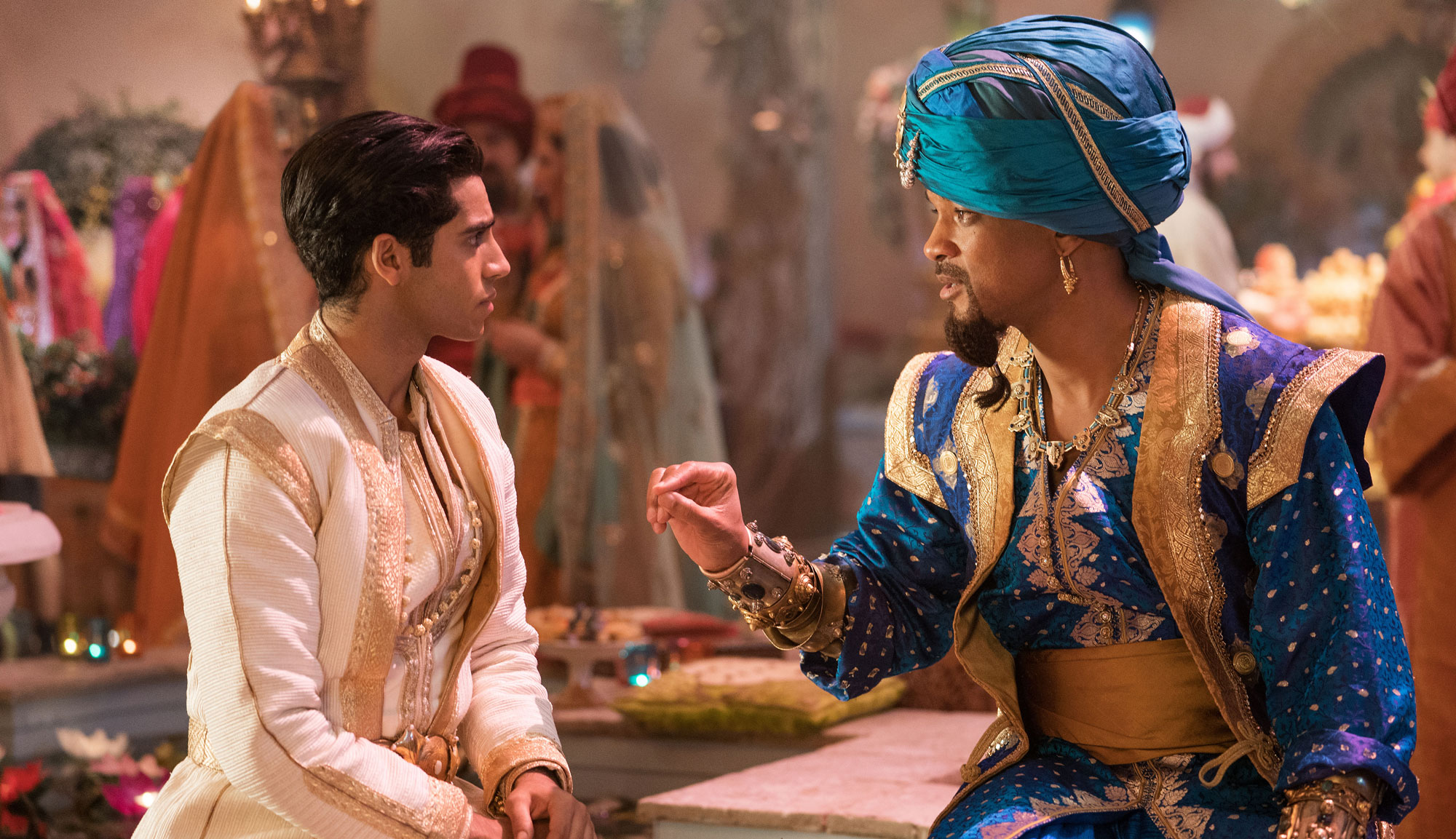 When Disney announced that it would be releasing live-action remakes of three of the studio’s most loved animated films, all within the span of four months, that seemed, well, foolish. It’s one thing to release three films that take place in the Marvel Cinematic Universe in one year; there’s a thread tying those stories together. There is nothing tying “Dumbo,” “Aladdin” and “The Lion King” together.

With the release of “Aladdin,” however, there is an argument to be made for releasing all three films so closely together. It should not be lost on anyone that “Dumbo” and “Aladdin” were released one month before “Avengers: Endgame” and one month after, respectively, while each of those films is bookended by “Captain Marvel” and “Spider-Man: Far From Home.” If the remakes miss the mark, their failures will be offset by the MCU films. If the movies are hits, Disney has their best year ever.

It’s going to be the former, by the way. “Aladdin” can’t seem to get anything right. Several roles are miscast, the songs are smothered by overblown new arrangements and the runtime is a whopping 38 minutes longer than the 1992 original, with virtually nothing new being added to account for it. Lastly, for a film directed by Guy Ritchie, there’s not a lot of Ritchieness to it.

Aladdin (Mena Massoud) is an orphaned street urchin in the city of Agrabah who meets cute with Princess Jasmine (Naomi Scott), walking the streets incognito because her overprotective father won’t let her leave the palace. Aladdin uses his sleight-of-hand and misdirection skills to sneak into the palace and surprise Jasmine, but it is those very skills that catch the eye of Jafar (Marwan Kenzari), the ambitious advisor to Jasmine’s sultan father (Navid Negahban). Jafar abducts Aladdin and takes him to the Cave of Wonders, where he orders him to retrieve a simple lamp in exchange for riches. Jafar double-crosses Aladdin, but Aladdin’s monkey Abu double-crosses Jafar, which is how Aladdin discovers the magical Genie (Will Smith) in the lamp, who grants Aladdin three wishes. Knowing that he can’t present himself as a suitor to Jasmine as he is, Aladdin asks the Genie to make him a prince, and the hard life lessons begin.

It’s easy to blame Smith for why “Aladdin” doesn’t work – the interwebs practically melted when the Genie made his trailer debut – but that would be oversimplifying things because there are in fact several reasons why “Aladdin” doesn’t work. The overall tone of the film is deathly sober, yet at the same time, when it decides to get a little wacky, it feels completely wrong. Naomi Scott is ten times the singer that Massoud or Smith are, so when she sings, she blows away everyone else unlucky enough to be singing at the time. Massoud makes a decent first impression, but once he’s Prince Ali, it’s as though he is acting behind a mask and all of his charm has been stripped away. Kenzari’s Jafar is blind, naked ambition, lacking the deadpan humor that made animated Jafar one of the more interesting and understated villains. Smith’s cocky vibe, meanwhile, is a poor fit for the powerful but subservient Genie.

On paper, Ritchie seemed like a good choice for director. His 2015 take on “The Man From U.N.C.L.E.” was well received, and “Aladdin” has a healthy combination of flash and action, two Ritchie trademarks. Watching the film, though, only one scene stands out as a signature Ritchie move. During the song “One Jump Ahead,” Ritchie stages a scene in slow motion while Aladdin is lip-syncing in real-time speed. It’s a popular music video trick, and it makes for an unforgettable moment. Sadly, it might be the film’s only unforgettable moment.

Don’t be surprised if Disney announces that it’s pumping the brakes on future live-action remakes of its animated properties when the opening weekend box office numbers for “Aladdin” roll in, much like they did with the Yoda origin film when “Solo: A Star Wars Story” failed to find an audience. (Emma Stone’s punk rock Cruella De Vil origin story, we’re looking in your direction.) It takes a very specific and very special combination of factors to make the jump from ‘toon to live action, and “Aladdin” is missing several of them, starting with the ghost of Robin Williams hanging over everything. The second he died, this film should have died with him.