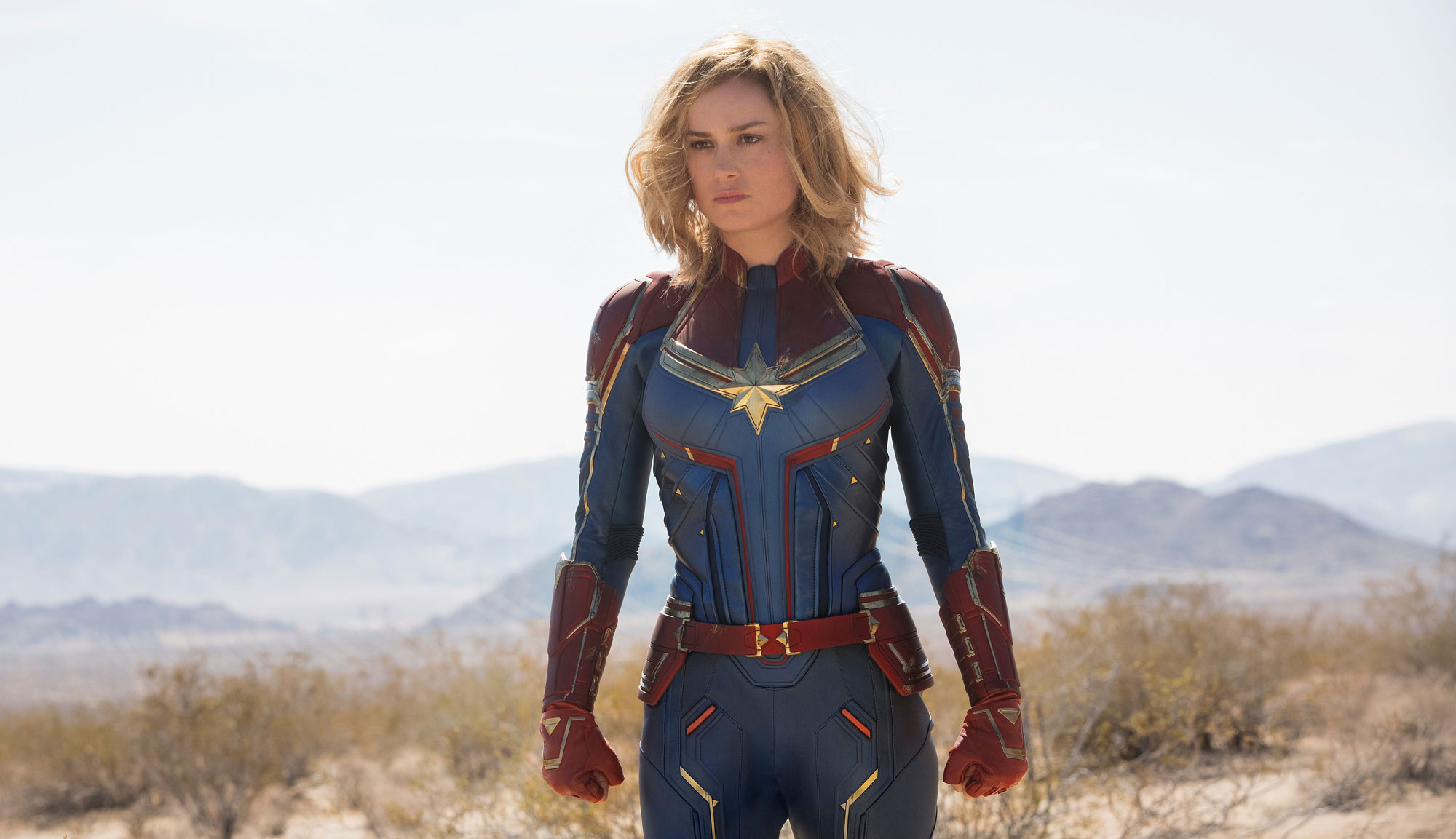 Early in the MCU timeline, certain comic book storylines were completely scrapped for the sake of keeping things grounded. The Mandarin, for example, was not a drunken actor pretending to be an all-powerful bogeyman but an expert martial artist of Chinese and English descent whose power came from alien technology. This switch is arguably the cleverest thing about Shane Black’s script for “Iron Man 3.” It was important, as Phase I of the MCU came to a close, that things didn’t get too ‘out there,’ for lack of a better expression. The characters, heroes and villains alike, needed to be relatable. If they had started arming every bad guy with alien hardware early on, people would have checked out on these movies years ago.

These days, however, alien is expected; the phenomenal success of “Guardians of the Galaxy” showed that audiences were finally ready to be invaded, as it were, and with “Captain Marvel,” everything that would have sunk “Iron Man 3” seems perfectly normal here. A human absorbing an alien power source and suffering no ill effects? Sure. Big things in small packages? Oh yeah. The story itself is on the thin side, but they use that to their advantage, giving some second-tier characters the backstory they have long deserved, and even pulled a “Rogue One” by answering a question some have been asking for seven years and other people have been asking since the MCU was born.

Vers (Brie Larson) is a Kree soldier who’s still learning to channel her emotions in battle, as her mentor Yon-Rogg (Jude Law) is fond of reminding her. Vers, Yon-Rogg and a team of Kree are dispatched to rescue a fellow soldier captured by a shapeshifting race called the Skrulls, led by Talos (Ben Mendelsohn). Vers is also captured, and her memories, which were already spotty, are probed for clues. The Skrulls learn by viewing Vers’ memories that what they’re looking for is on Earth. Vers attempts to stop them but flames out during re-entry into Earth’s atmosphere, and she now has two problems on her hands: dealing with the Skrulls posing as humans around her and trying to figure out who she was in her life before she became a Kree.

Movies about amnesia or disconnected memories tend to use misdirection as a device to move the plot forward, but “Captain Marvel,” to its credit, is rather straightforward in its use of Vers’ (her full name is Carol Danvers) fragmented brain. The Skrulls find what they want and in the process give Carol enough information to start piecing things together. There is an Awful Truth that is ultimately revealed in the flashbacks, like there always is in a film like this, but the audience knows the score long before the big reveal happens. This is a good thing; it allows the characters to develop and other story arcs to grow instead of everything being all about the one missing piece of information.

The age regression CGI that is done on Nick Fury (Samuel L. Jackson) and Agent Coulson (Clark Gregg) is truly astounding. Every scene of their younger selves (the film takes place in 1995) feels like something that was shot rather than something that was made in a lab. Directors Anna Boden and Ryan Fleck (“Mississippi Grind”) also stage a scene in a Los Angeles subway station that boasts “It Follows” levels of paranoia, as Carol tries to spot the shapeshifter in a sea of people. The true star of “Captain Marvel,” though, is Goose. Best, movie cat, ever.

You’ll forgive us if we’re amused by the backlash this movie is experiencing, largely by people who haven’t seen it yet. One guy posted a YouTube video complaining that Larson didn’t smile enough in the trailer, as if Captain Marvel herself existed solely to please him. It was that clip that led me to reconsider the movie for the big middle finger that it is. There’s a scene where a guy tells Carol that she doesn’t smile enough (ahem). Yon Rogg is constantly putting down Carol’s fighting technique because she doesn’t fight like he does and claims that she’s too emotional (women love it when men say that). Even the Supreme Intelligence, an AI that all Kree answer to (made all the more sinister by using Annette Bening as an avatar when it talks to Carol), constantly reminds her of how weak she is and how she’s nothing without them. This film basically takes every negging trick that guys use to establish their dominance over women and sets them on fire. That anyone is complaining about these things says far more about them than it does about the film.

“Captain Marvel” may fall somewhere near the 70th percentile in the overall MCU quality rating, but what critics think of the movie is irrelevant. Its true value lies in how it makes young girls feel after they’ve seen it, and if my nine-year-old daughter is any indication, it’s something you can’t put a price on. Finally, the MCU has someone who fights like a girl.