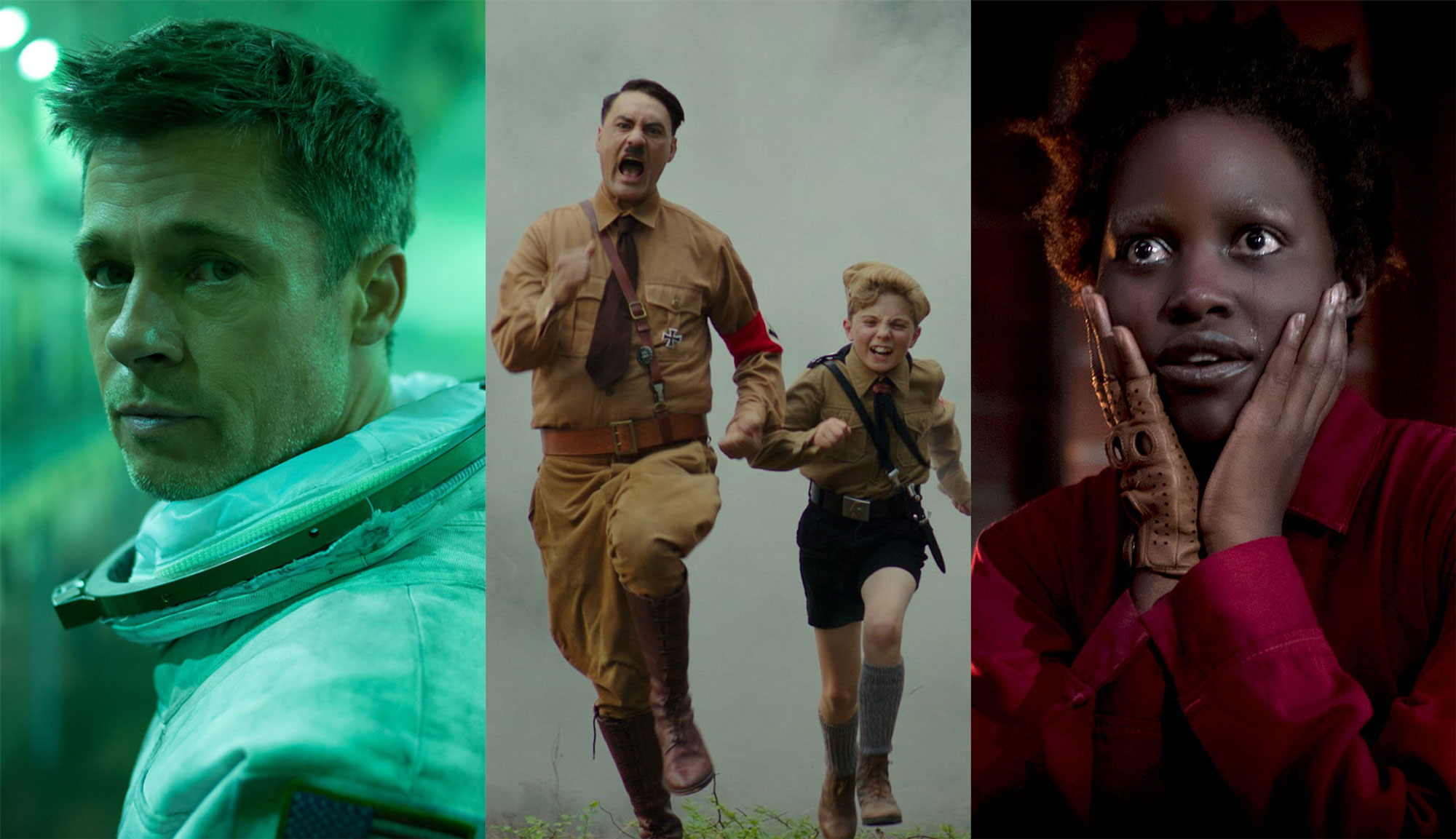 By all accounts, 2019 continues the recent hot streak of being an awful year on personal, international, environmental and spiritual levels, with each day feeling paradoxically like an eternity and speeding past in a blip. Fortunately, people could find solace in darkened movie theaters or through various streaming services with an abundance of great films that seemingly covered every type of mood and audience. From small indie dramas and massive blockbuster spectacles to quirky studio comedies and outsider slices of horror, it seemed like every possible emotional experience and genre was well represented with exemplary titles. The below list was cobbled together with lots of anxiety and internal debate, and could easily be organized very differently on another day.

Honorable Mentions: “Doctor Sleep,” “Starfish,” “Knife + Heart,” “Piercing,” “The Last Black Man in San Francisco,” “One Cut of the Dead,” “Once Upon a Time… in Hollywood,” “The Perfection,” “Diamantino,” “Booksmart”

An exciting stranger-than-fiction tale that’s carried by charm and a defiant spirit (best embodied in star Eddie Murphy’s performance), “Dolemite Is My Name” is a fresh entry in the niche subgenre of less-than-talented artists trying to communicate with the world through their muddled executions. The story of Rudy Ray Moore and his unique productions are worthy of inspiring all manner of would-be filmmakers who wish to see their dreams realized by lighting up the silver screen. It’s hilarious, raucous and full of oddball moments, but it all works thanks to its historical basis and that go-for-broke energy that transferred from the “Dolemite” series into the tale of how they came to be. 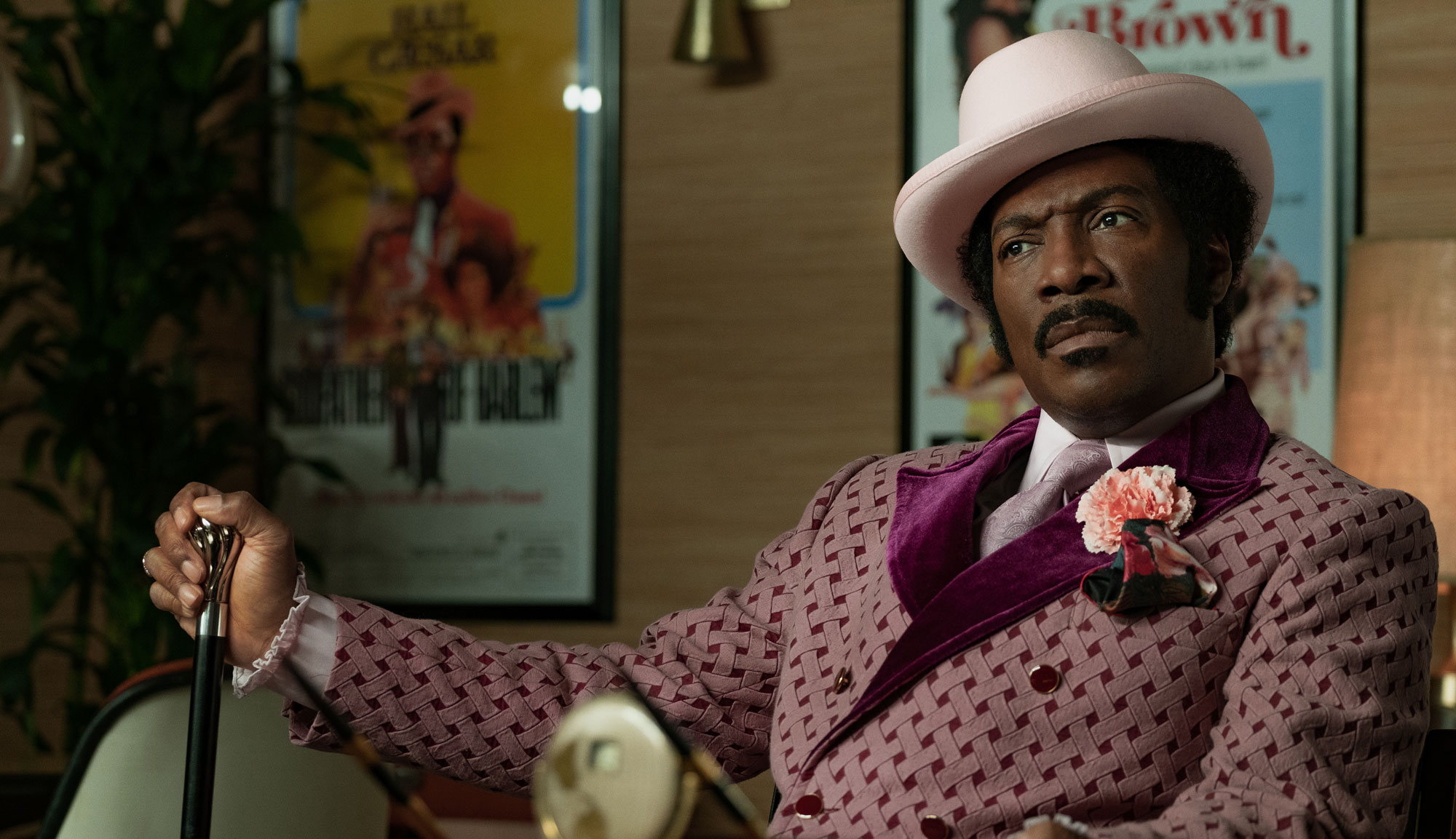 Rian Johnson proves his place among elite filmmakers who are able to create homages to their inspirations while reinventing and filtering through their own sensibilities, simultaneously creating something timeless and new. Johnson’s whodunnit is a thoroughly enjoyable movie that follows in the cinematic tradition of a star-studded cast portraying eccentric characters and engaging in verbal banter and power struggles. There are classic exchanges and lines of dialogue that live beyond the closing credits and multiple dynamics between actors that are simply divine. Hopefully, “Knives Out” will lead to many more drawing room spectacles featuring Daniel Craig as Benoit Blanc, all with varying levels of absurd diatribes and arguments as the mystery unfolds around him. 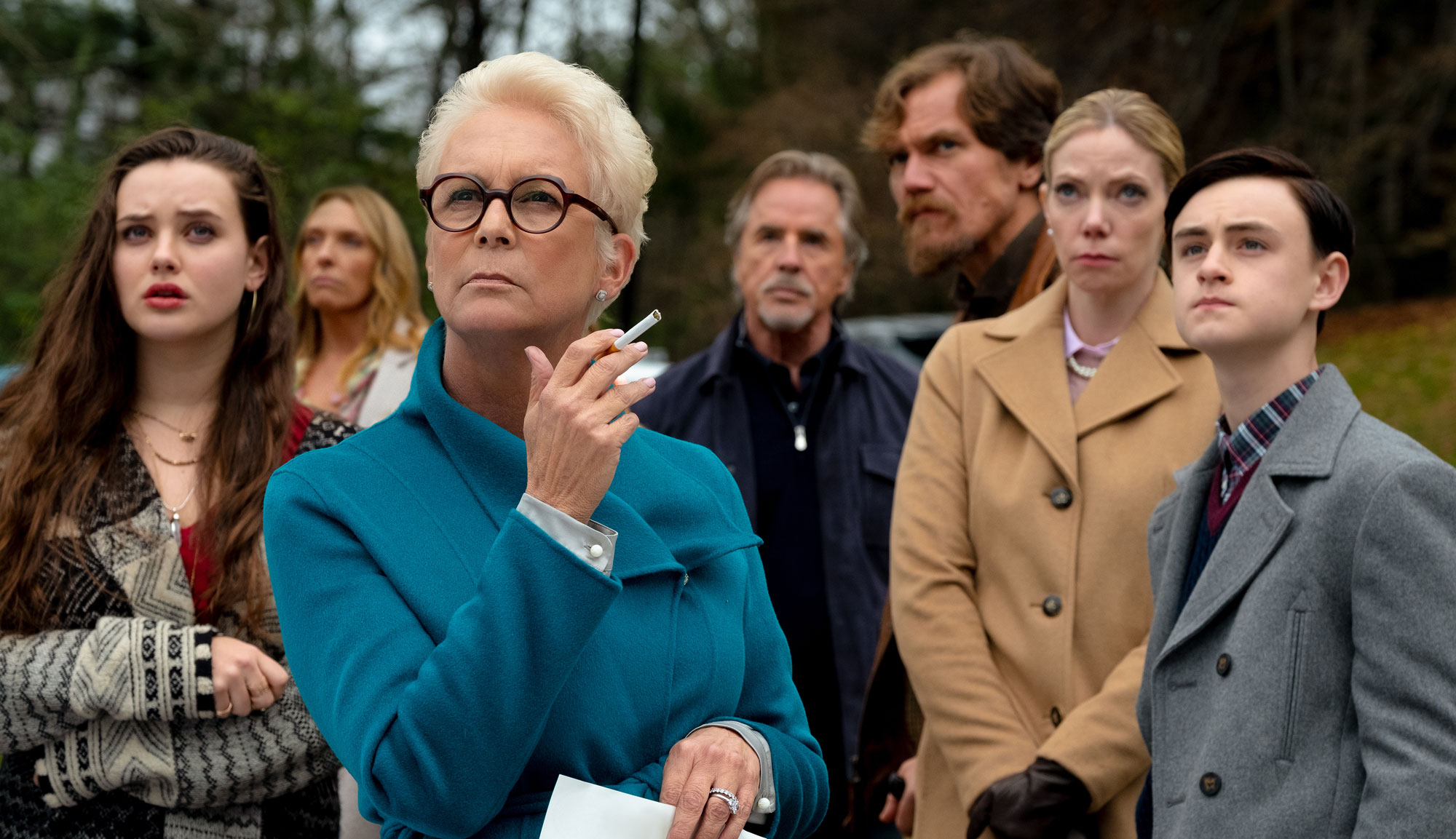 It’s legitimately infuriating that Tilman Singer’s senior film school project is easily one of the best crafted horror films to utilize a bare minimum of sets and elements to tell a compelling story of possession and identity. Using tremendous performances by the small cast (especially Luana Velis in the title role), Singer funnels their supernatural journey through expert choreography, detailed editing and trance-inducing lighting and sound to embody the sense of a liminal experience outside the human realm, wading between lands of light and darkness. “Luz” is an incredible feat that turns a whole room of cinephiles into Salieri, staring at the unbridled brilliance of a new talent on the scene. 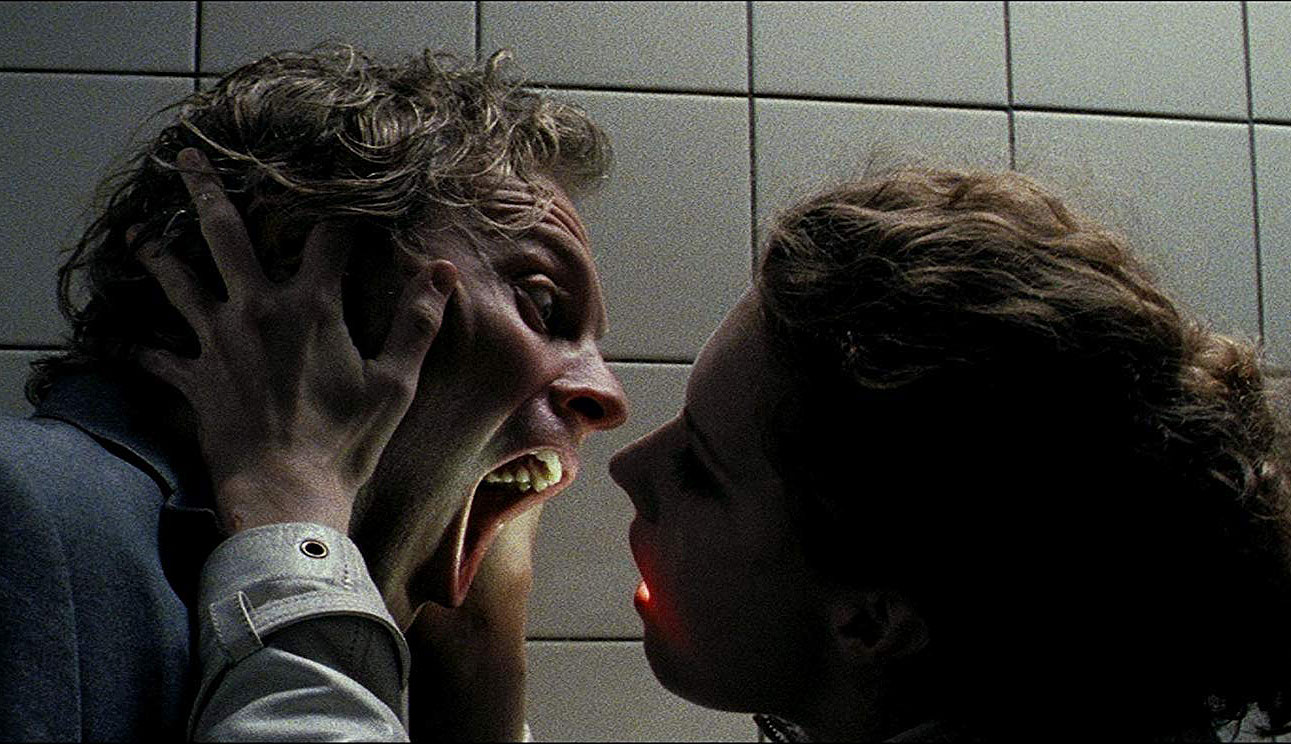 Similar to “Luz,” “Sweetheart” director/co-writer J.D. Dillard strips away so many different tools that filmmakers use to engage audiences to reveal a simplified tale of horror and survival that’s faintly reminiscent of campfire legends while still emerging as a timely, unique film. Kiersey Clemons is on screen for almost all of the film’s runtime and, with a bare minimum of dialogue, immediately bonds with viewers and deploys a performance that precisely informs everyone of her character. It’s a thrilling movie that needs to be seen by more people as an example of how stripping away many of the tools used in telling a story ends up streamlining it into a compelling experience that will become enshrined in genre circles for years to come. 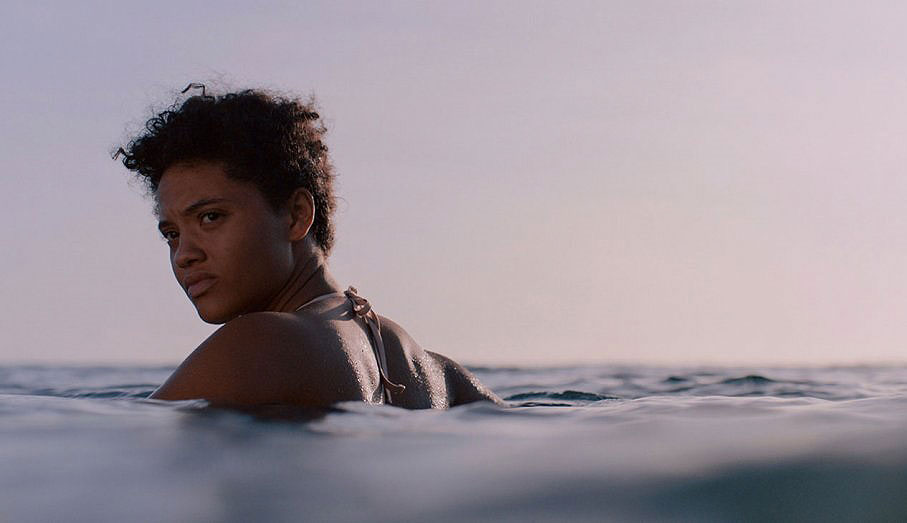 Jordan Peele’s sophomore effort is a trip. One of my favorite experiences of 2019 wasn’t seeing “Us” at its worldwide premiere with the cast and crew at SXSW but instead watching a pair of flummoxed, J. Crew-looking young adults completely bewildered by everything unfolding onscreen as it played out before them on the airplane. “Us” is a brilliant film that has lots of genuinely creepy sequences full of imagery that is already among some of the most memorable of the decade. Pulling from multiple influences in pop culture and history, it tells a story of a striated nation divided by class, race and much more, but in ways both unsubtle and dreamlike. The message never hijacks the film but instead deeply enriches an already exhilarating cinematic experience. 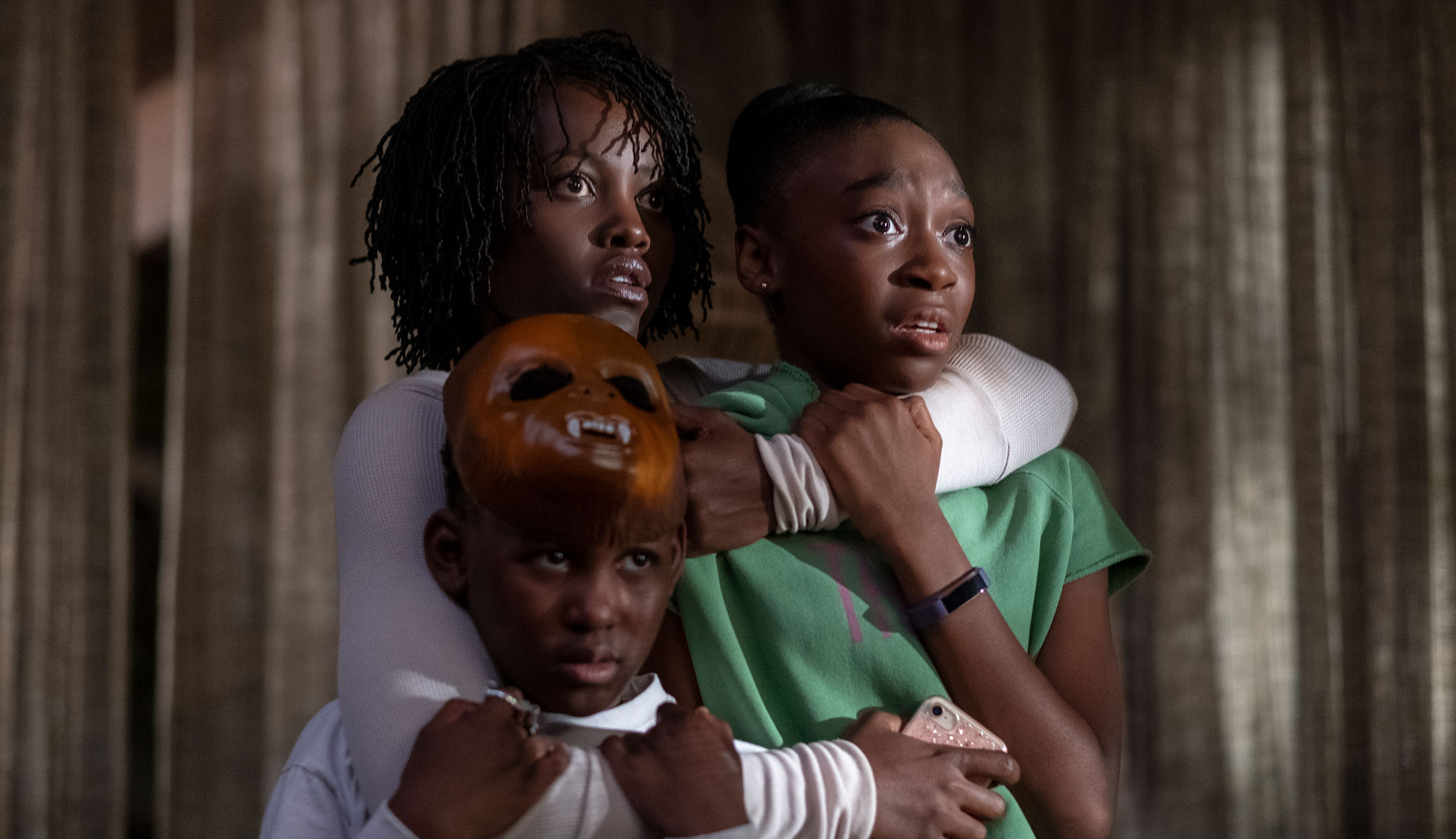 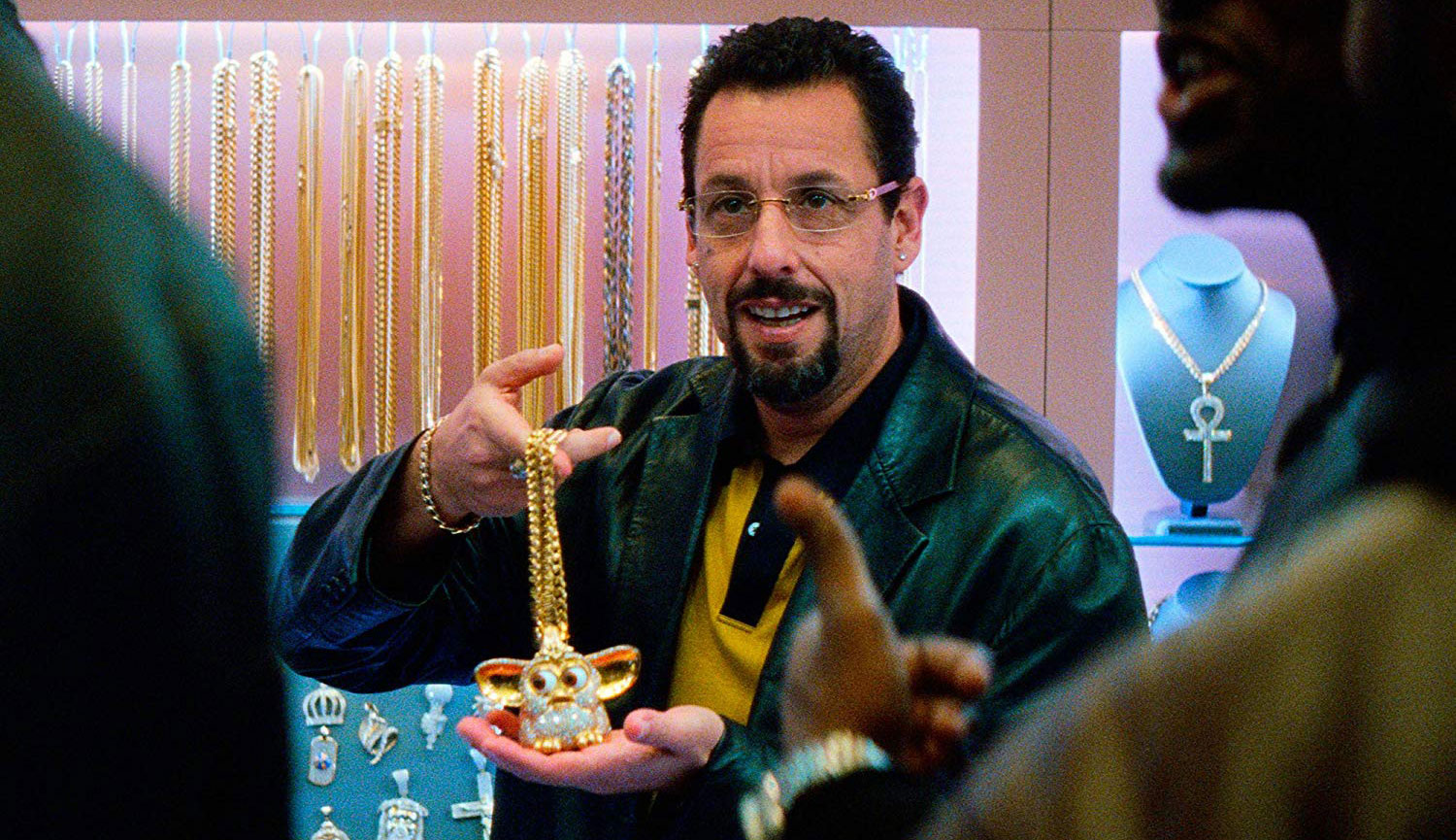 “Ad Astra” is a return to grandiose settings for simple stories of human psychology like the headiest sci-fi movies (“2001: A Space Odyssey,” “Solaris,” “Blade Runner”) mixed in with a heaping helping of daddy issues and a retelling of “Heart of Darkness”/”Apocalypse Now.” James Gray’s film moves all subtext into straight-up text — to describe the narrative of the film is to essentially describe all the inner workings and metaphors of the internal quest as well — which is a gamble that could be seen as pretentious or off-putting. Instead, it rings as an eternally true experience that’s grounded in incredible visuals and designs with a spectacular script by Gray and Ethan Gross, and a truly moving performance by Brad Pitt. “Ad Astra” is familiar without being worn out or tired — bold and innovative without being detached from human elements. It’s a true marvel of filmmaking that will find viewers traveling through their own abyssal spaces to consider their place in all things. 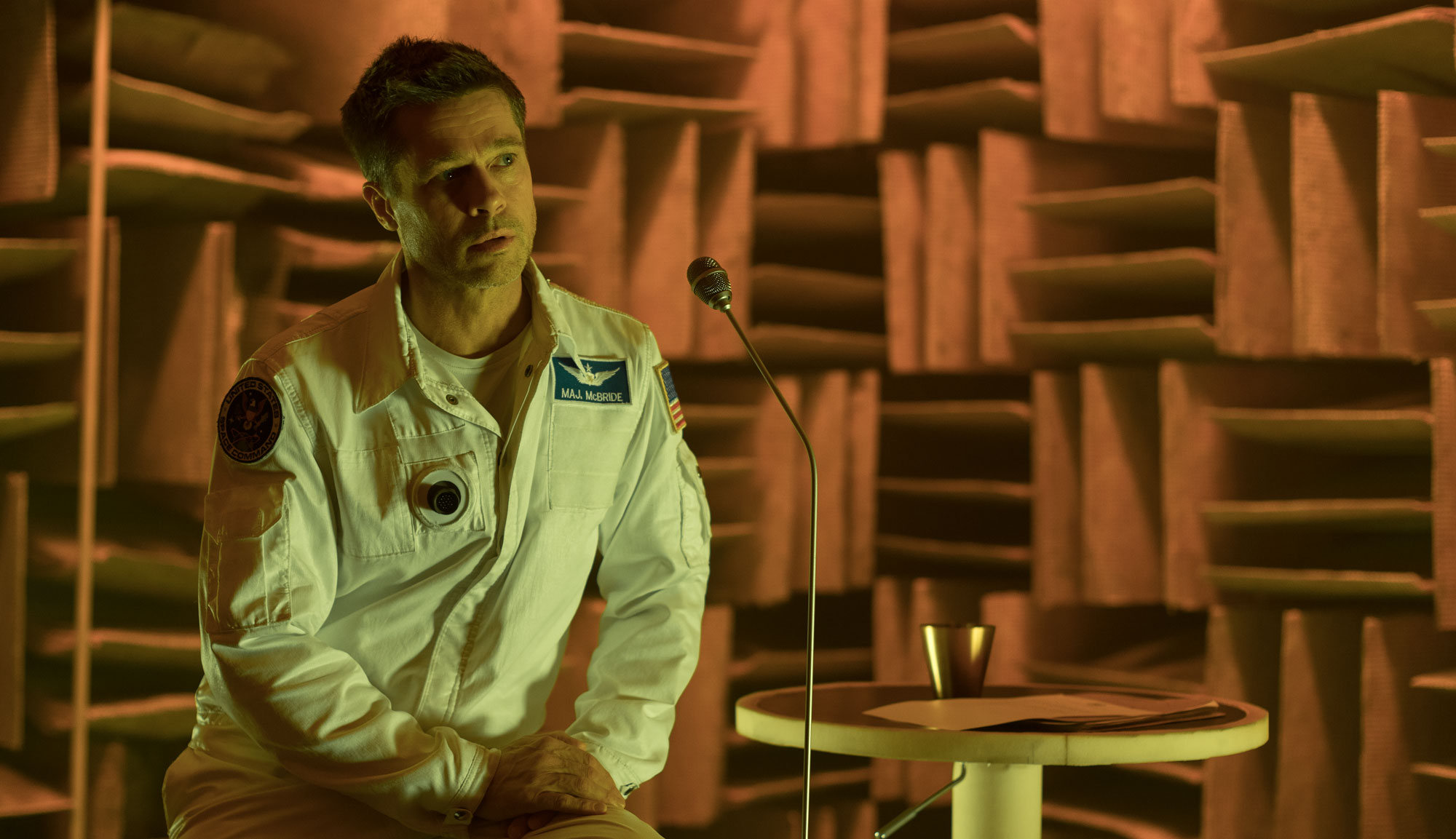 Peter Strickland’s “killer dress” story is utterly bizarre, fairly grotesque, strangely disjointed and one of the most perfect movies of the year. Strickland takes the “formerly commonplace item turned sinister instrument of doom” trope of moldy horror classics and uses it as a mesmerizing launchpad to discuss consumerism, sexuality and agency. It’s Strickland’s impeccable taste in crafting shots and sets (developing perfect color palettes and sumptuous scenes) along with an intense attention to detail of crafting layered soundscapes and exquisite imagery that creates a singular experience unmatched in any other recent film. “In Fabric” is absolutely not for everybody, and it cannot be stressed enough how outlandish it all is with its various and unexpected tangents, but it’s an amazing narrative and technical achievement that will marvel all under its trance. 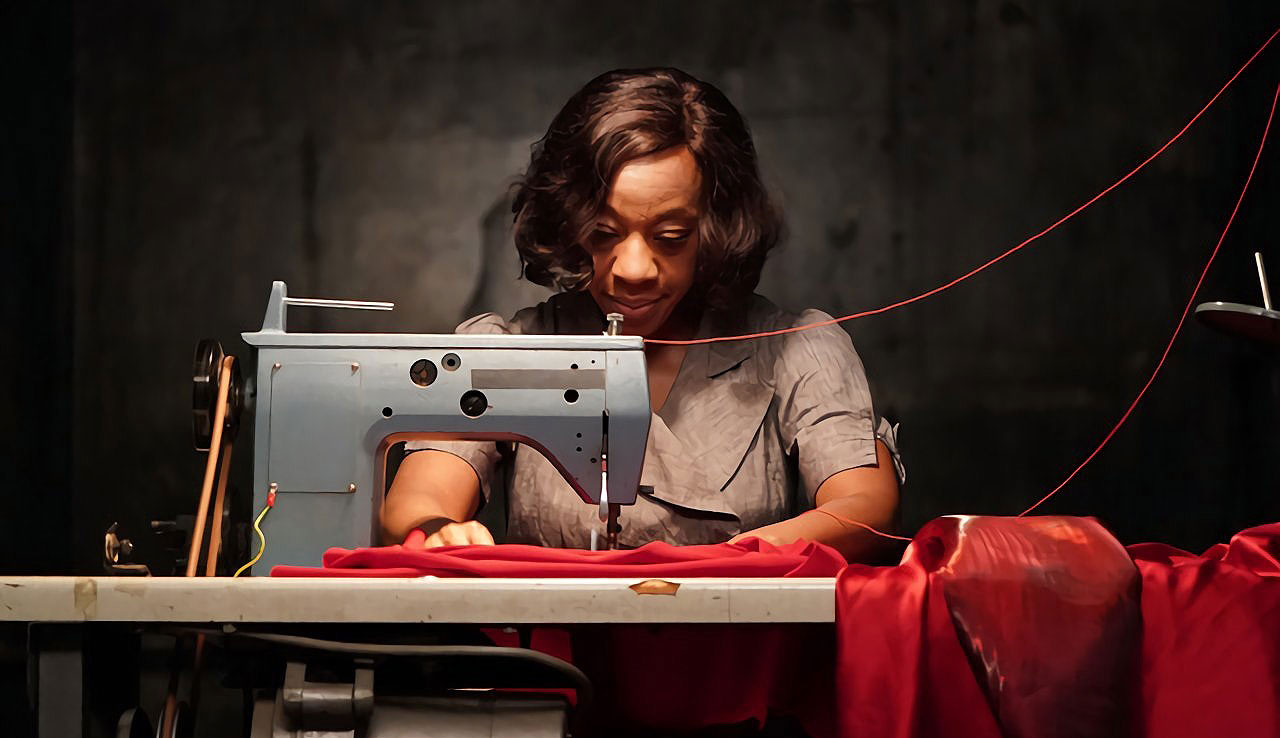 Comedy and the Holocaust have, surprisingly enough, been paired together multiple times throughout cinematic history. Sometimes it works (“To Be or Not to Be”) and sometimes it doesn’t (“Life Is Beautiful”), but it’s an audacious attempt at showing that life continues — with its joys and tragedies — even in the shadow of atrocities. Writer/director Taika Waititi’s “Jojo Rabbit” (from a novel by Christine Leunens) is a wonderful showcase of the complicated elements of life that are always occurring no matter the circumstances around it. Children still wish to belong, people still need imaginations to provide reasons to continue and love can empower people even as events suggest it is in short supply. “Jojo Rabbit” is a wondrous and fantastical yet utterly truthful look at how people cope with the world around them, showcasing humanity both at its worst and finest. It’s a powerful testimony to the lives led and tragically struck down by the spread of hate and violence in any setting and a reminder that those unfortunate souls are more than just statistics in a textbook. 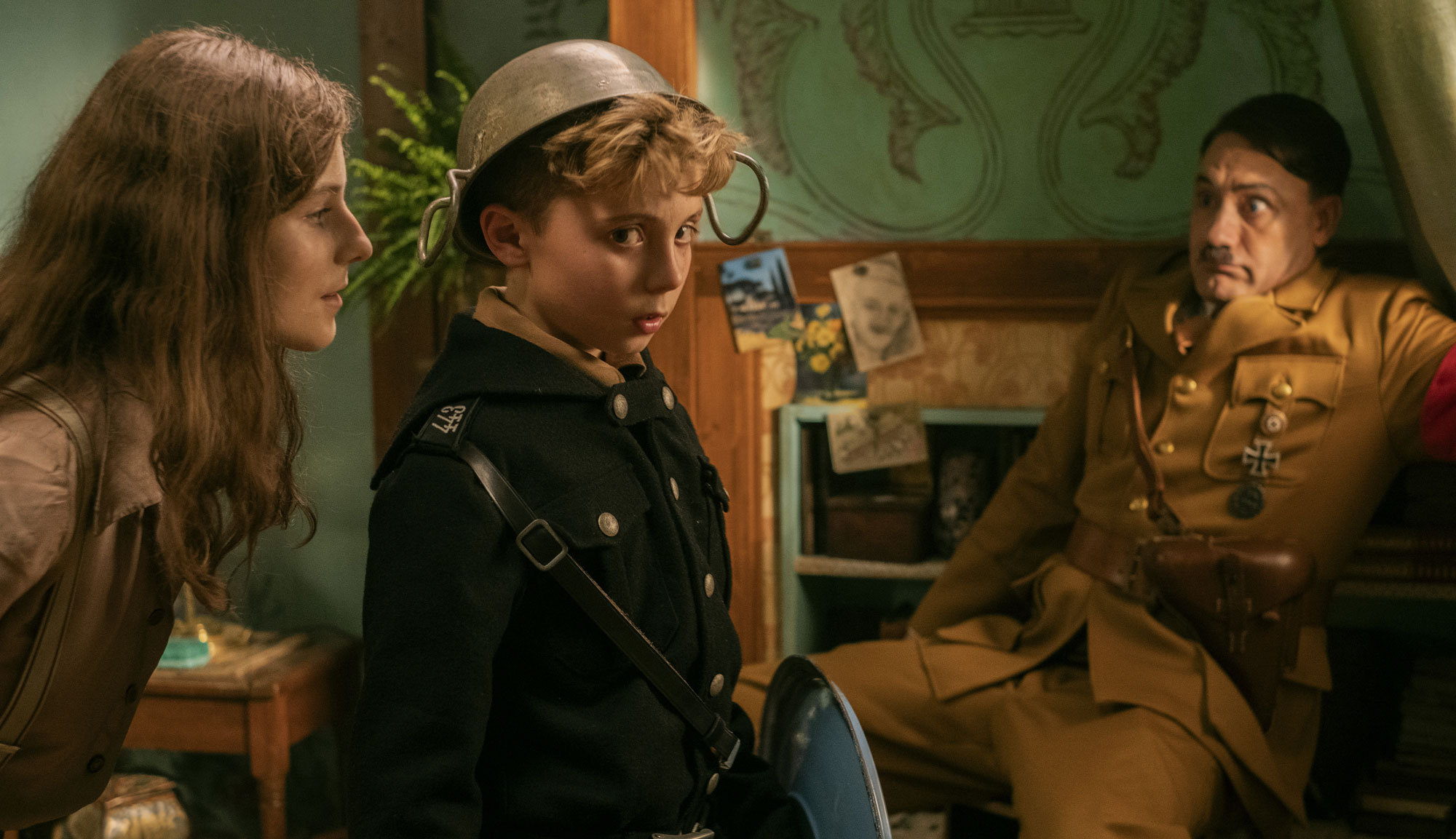 Since “Memories of Murder” in 2003, Bong Joon-ho has easily been one of the best living filmmakers working today. He’s crossed over multiple genres, languages and regions to tell his tales, always using some genre hook as a way of exploring the perennial human nature at the center of it all, and usually investigating the politics and structures of class and power that dictate so much of modern life. Identities, behaviors, dreams, actions and more are all shaped by these invisible divisions that consciously and unconsciously create boxes around whole groups of people. With “Parasite,” Bong creates a profound treatise on society without ever losing focus of the finely crafted characters and individual stories that are unfolding. Alternatingly uproarious, tragic, infuriating, shocking, relatable and lyrical at just the right moments, it never feels like a cobbling of tones or goals but instead a perfect snapshot of the ties that bind and those that choke. 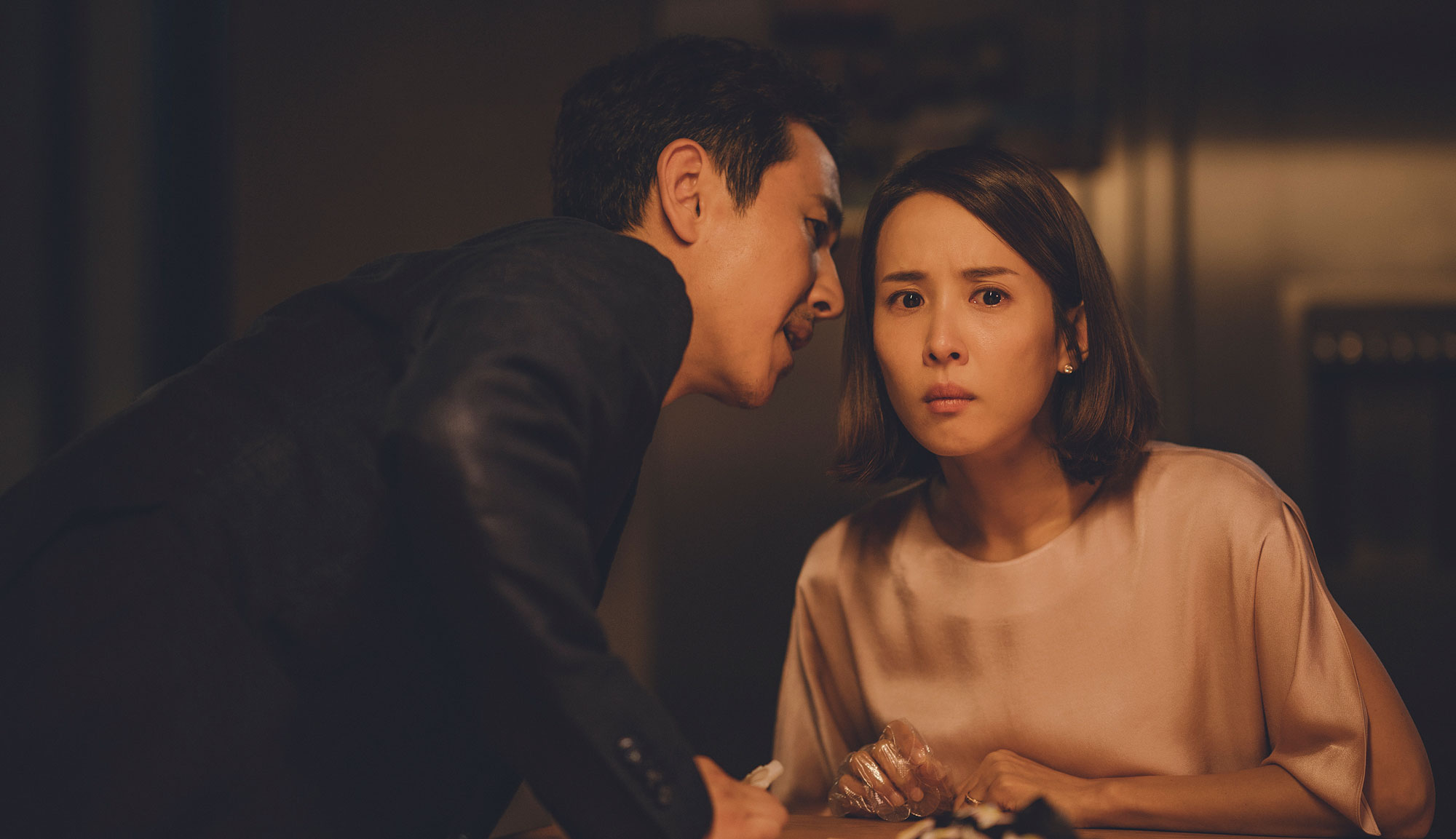