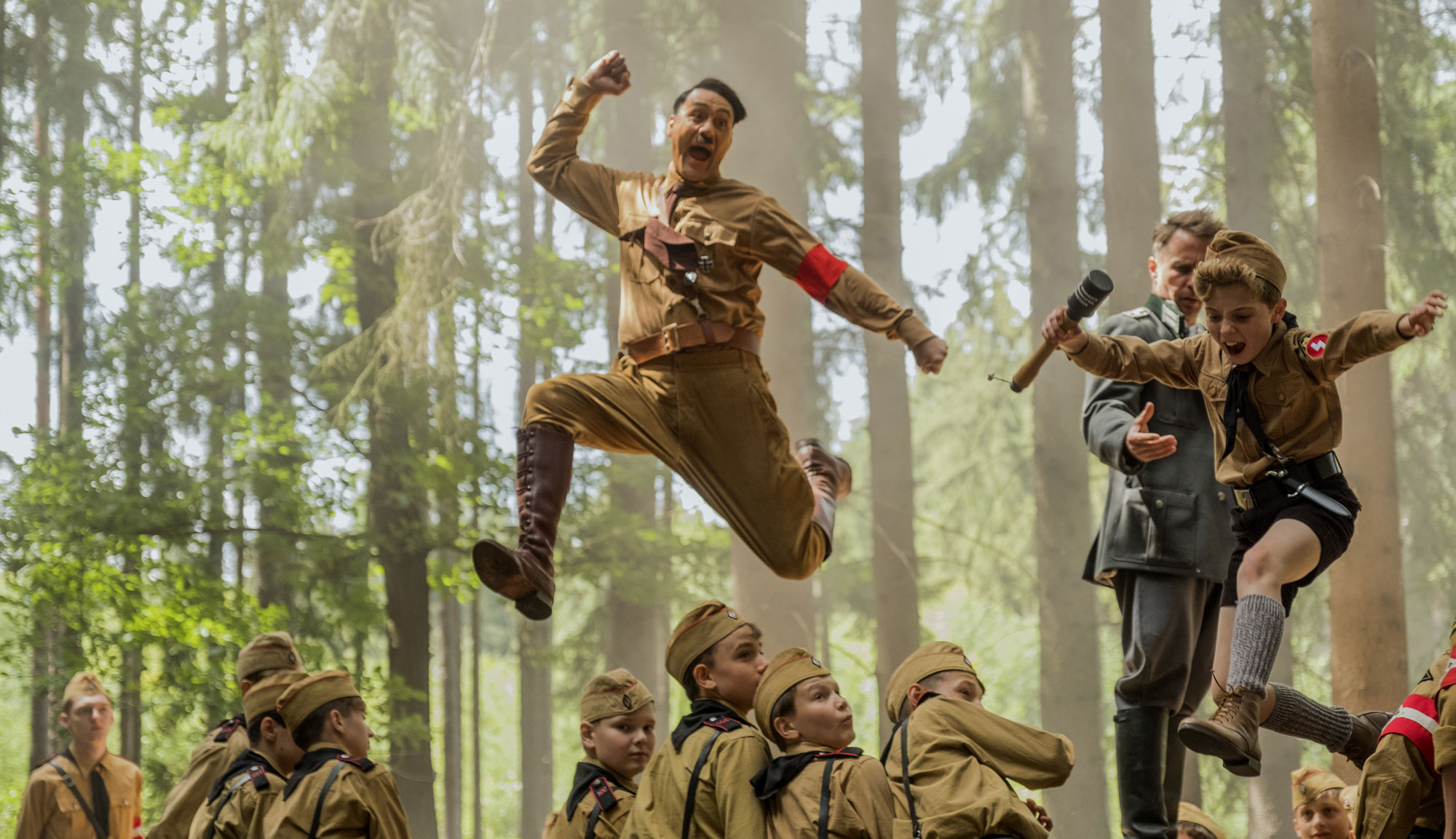 There have been hundreds of films made about World War II and the Holocaust that have covered the atrocity from multiple angles and across genres and decades of filmmaking. It was a major event that reshaped the world, not to mention the over six million lives extinguished at the hands of the Nazis. With that vast number of people affected, there will always be a preponderance of stories, not just to honor those souls but also as a way of not allowing people to forget or look away. “Jojo Rabbit,” written and directed by Taika Waititi (from a novel by Christine Leunens), is not the first exploration of WWII to pair comedy with overwhelming grief. “To Be or Not to Be,” “Life Is Beautiful” and others have added humor to the situation – not to defang the grotesque actions but to drive home the fact that, even if they are fictional characters, they’re reflections of real people with multiple layers who had to deal with extraordinarily horrific situations.

Waititi’s film is hilarious and heartbreaking – a testament to the fact that the children who get caught up in these terrible events are still kids. They are young people with a fuzzy perception of the world, an abundance of imagination and a difficulty to follow along with the nonsensical logic that leads to war and genocide. It may seem odd to laugh at jokes amidst the presence of Adolf Hitler and the anti-Semitic misinformation campaigns, but “Jojo Rabbit” is a perfect argument for why all aspects of life are important and cannot be reduced to a statistic.

Jojo (Roman Griffin Davis) is just your average boy trying to find his way through the world and fit in with everyone else. In addition to his pal Yorkie (Archie Yates) and doting mother, Rosie (Scarlett Johansson), Jojo has a great rapport with his imaginary friend, Adolf Hitler (Waititi). It’s World War II, and Jojo is a young German kid who is enlisted in the Hitler Youth and trying his best to be a good citizen and soldier for his country. At Hitler Youth camp, he learns from Fraulein Rahm (Rebel Wilson) about the evils of Jewish people and why they must be eliminated, as well as various fighting techniques from the injured and fairly jaded Captain Klenzendorf (Sam Rockwell). Jojo isn’t as bloodthirsty as he wants to be, no matter how much Hitler consoles and inspires him, and he’s a bit of an outcast from the rest of his peers. When he discovers that a young Jewish girl (Thomasin McKenzie) is being sheltered in his house, his world is thrown into chaos between who to trust and what he’s supposed to do, all while the Allies grow ever closer to his small town.

Waititi has repeatedly shown a real gift for naturally injecting heart and humanity into all of his films, whether it’s the vampire mockumentary “What We Do in the Shadows,” the odd-couple comedy “Hunt for the Wilderpeople” or the superhero adventure “Thor: Ragnarok.” No matter how otherworldly, absurd or bizarre the context, or how much these movies are bursting with comedy, Waititi is able to find a way to make the characters seem human, vulnerable and relatable in a way that grounds the humor and endears the characters to the audience. “Jojo Rabbit” continues this record, albeit in kind of the reverse of what people expect. Knowing the plot of “Jojo Rabbit,” one expects a lot of soul to be highlighted amongst the horrors of war, and there is, but Waititi cleverly uses the humor to expand that emotional connection. Seeing Jojo, Rosie, Yorkie and others crack jokes while their world is steadily coming to a disastrous end around them makes them seem like real people. They’re complex characters whose mannerisms and delivery adds rich layers to every situation.

Every member of the cast delivers a tremendous performance. Davis shines as the viewpoint for this world, struggling to know which adult to trust and what is actually going on in the world around him. He brilliantly portrays Jojo as innocent, hardened, hilarious, sensitive, furious and broken as his circumstances are constantly in flux, and it’s a reminder of how tumultuous youth is already without questions of combat and genocide being added to the mix. McKenzie is a revelation as the persecuted little girl who has had to forego so much of her childhood in order to merely survive but maintains her own vibrant sense of self and heart. Across the board, whether it’s the goofy Hitler or the complicated Captain, these are characters that are fully developed, utterly memorable and played to perfection by the actors.

It’s very easy (and not altogether wrong) to paint the lives of people in war-torn worlds, where survival is the number one priority, with a broad brush of angst, sadness and despair. Those aspects are in “Jojo Rabbit” as well, but they are not isolated experiences. Humor, depression, rage, love, confusion, righteousness, dancing, military exercises, eating food, frolicking, regurgitating propaganda… it’s all intertwined to produce a more realistic story full of characters with depth that resonates. In order for history to come alive, it requires an attention to the human condition. “Jojo Rabbit” makes the horrors of the past visceral by instilling a lot of silliness into the situation, which is all the better for audiences to see their own reflections and to think of the Holocaust and World War II in a way they haven’t previously.