Trending
You are at:Home»Entertainment»Movies»Movie Review: “Parasite” 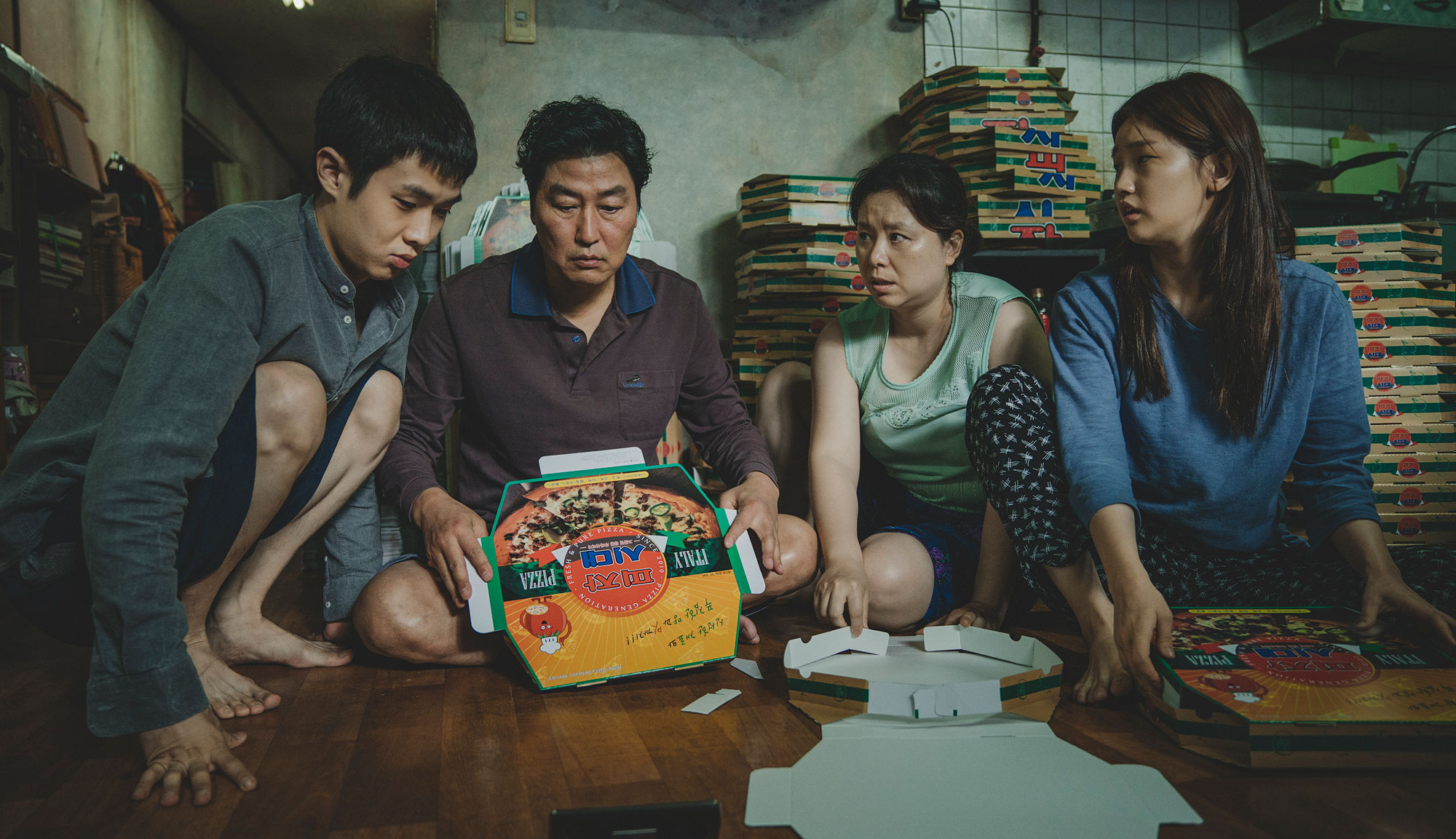 It’s pretty hard to make a film that comments on the current social zeitgeist in a timely fashion. Putting aside the nebulous amount of time it takes to write a script and secure funding, it usually takes 12 to 18 months from the start of pre-production to release. A lot can happen in that time with today’s rapidly moving news cycle, which means that if a filmmaker is looking to comment on a current trend in culture or how they perceive society as a whole, it requires a very tight balancing act. The movie needs to be specific enough so that it’s dealing with terms and situations that are fresh and relevant while also addressing larger issues that have been systemic for years (if not decades) and seemingly perpetuate onwards.

That may seem like a pretty pessimistic view, but director Joon-ho Bong has found ways of doing it time and again with the likes of “The Host,” “Mother” and “Okja” – movies that aren’t nihilistic social commentaries but instead observations and critiques combined with multifaceted character studies. His latest film, “Parasite,” is another incredible achievement in his filmography that once again focuses on a family structure and comments on schisms between classes, all while balancing humor, violence and tragedy. It’s a remarkable movie that ranks as one of the best of the year and retains an unfortunately timeless message that spans nations and languages.

The Kims are a poor family living in a cramped basement apartment who try to find various odd jobs to help ends meet. The son, Ki-woo (Woo-sik Choi), is recommended by his friend to be an English tutor for a teenage girl of a very rich family. He forges some documents with the help of his sister, Ki-Jung (So-dam Park), and manages to secure his position within the household. Soon, Ki-woo is scheming ways to bring Ki-Jung, their father (Kang-ho Song) and their mother (Hye-jin Jang) into the orbit of the wealthy Park family (led by Yeo-jeong Jo and Sun-kyun Lee). As the two parties engage in various grifts and schemes, the mingling of the disparate classes leads to the uncovering of many secrets in the house. It’s a tense situation that only serves to remind the Kims of the distance between the two social castes.

Based on that description, “Parasite” may sound like a droll affair that looks at the widening gap between the haves and have-nots. But as is the case with all of Bong’s work, it’s much more lively, thrilling, funny, sad and engaging than a mere critique of wealth disparity. Neither family is painted as intentionally evil or bad. Though they certainly do less-than-good deeds, whether by intent or due to pride and ignorance, it’s presented as people just trying to do the best they can by various means. Any untoward action is offset by a genuine warmth shown towards the family or aspirations of doing the best possible for those they care about. Characters certainly hold offensive opinions and conduct unscrupulous behavior, but it isn’t condoned. Instead, it’s rolled into a more complex depiction of the blinders that people from different classes put on to focus on different priorities.

The subtext isn’t very subtle, but considering these are issues that have been discussed and criticized for over a century, maybe the time for subtlety has passed. However, like a brilliant con man or elaborate craftsman, Bong (along with co-writer Jin Won Han) sets up every little element to pay off to an ongoing reiteration of the same problems and themes, playing out like a cinematic opera with different instruments denoting recurring elements. While it’s a constantly progressing and escalating narrative of multiple characters doing mostly minor (but impactful) actions, “Parasite” never feels slow or like it’s plodding to its inevitable but still shocking conclusion. People often use the phrases “deliberately paced” or “slow burn” to politely reframe a movie that moves glacially. Bong’s film is deliberately paced but not in the euphemistic manner; it propels from scene to scene, building a Jenga tower on top of each previous moment until everyone breathlessly fears and anticipates its collapse.

Kyung-pyo Hong’s gorgeous cinematography beautifully captures the desolation of the slums, the stark, cold world of the high-priced house and frantic characters scrambling in between. All of the actors deliver brilliant performances that range from hilarious to somber to incensed, depending on the moment, without it ever feeling like tonal whiplash. No film is perfect, so perhaps such a rating seems foolish or insincere, but “Parasite” is a movie that trips every emotional wire in the brain and heart, infuriating in one scene and delighting in the next, all while seemingly part of the same chaotic but relatable (and realistic) cloth.

It has depth and much to say about servitude and societal hierarchies, particularly entitlement and that constantly growing space between the mansions and the slums. Bong’s film is utterly of the moment, vocalizing this widening disparity like many populist figures, but it’s also built on an entire history of these cultural striations that may remain with people for generations to come. It’s intoxicating and enchanting with its criminal underdog story, loving families, heartbreaking realities and sumptuous cinematography and score. There may not be such a thing as a perfect film, but “Parasite” comes incredibly close and needs to be seen by as many people as possible.