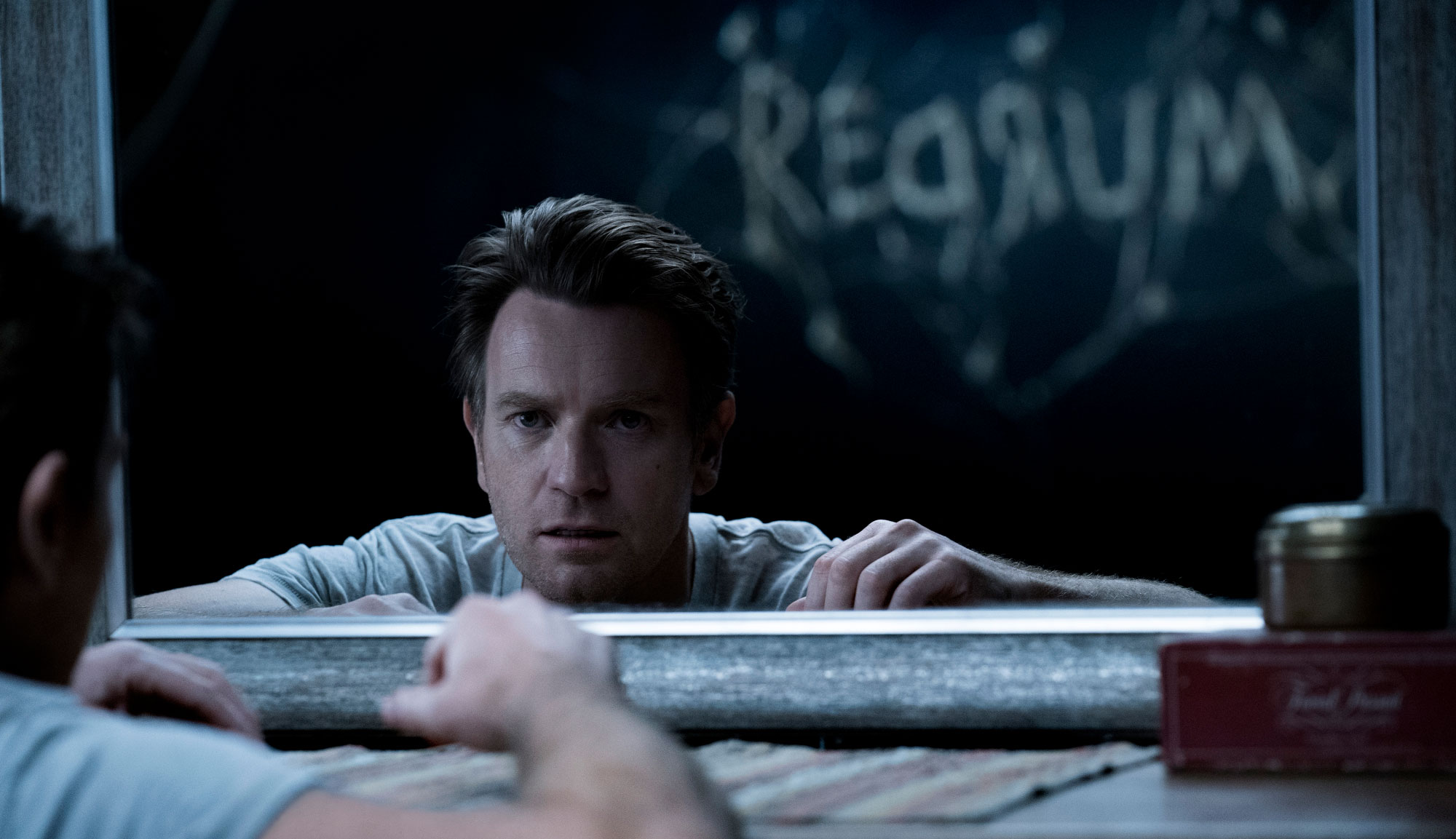 You’ve got to admire the guts of Warner Bros. and director Mike Flanagan. Few horror movies are held in higher esteem than Stanley Kubrick’s classic adaptation of Stephen King’s “The Shining,” and while King himself may not be among those admirers, its status is unimpeachable. For King to write a sequel to arguably his most famous book more than three decades later requires a bit of hubris, but for anyone to wade into the fraught waters of directing the film adaptation of said sequel and stepping directly into the shoes of one of the foremost directors of the last century seems like evidence of perhaps masochistic tendencies.

Flanagan has been methodically building his resume over the last decade, directing low-profile horror movies like “Oculus,” “Hush” and “Ouija: Origin of Evil,” all of which managed to outperform their meager expectations. But it was hitching his wagon to Netflix, where he adapted another one of King’s works, “Gerarld’s Game,” as well as the highly regarded series “The Haunting of Hill House,” that made him a real player in the industry. Combine his ability to make solid movies out of questionable concepts and his strong history of shrewd adaptations, and Flanagan just might be the sort of maniac to make a major studio minefield like “Doctor Sleep” actually work.

Our eyes into this world are those of fully grown Dan Torrance (Ewan McGregor), whose lifelong struggles with the trauma he experienced as a child at the Overlook Hotel mixed with his psychic ability has led to him following in the alcoholic footsteps of his father far more than he’d like to admit. But despite his best efforts to leave it all behind, he is dogged by ghosts of the past. He relocates to a sleepy New Hampshire town to get a grip on his life, and it’s here that he becomes aware of young Abra (Kyliegh Curran), who shines so bright it’s like nothing he’s ever seen. But her gifts have made her conspicuous and have drawn the attention of the True Knot, a roving band of evil entities led by Rose the Hat (Rebecca Ferguson) who hunt down the special and harvest them for their life force, referred to as “Steam.” It’s up to Dan to protect Abra and put an end to the True Knot’s reign of terror, and he just may have to return to where it all began to do so.

The differences between “The Shining” and its novel were numerous, and Flanagan (also the sole screenwriter and editor of the film) finds himself in the tricky position of sewing together the two disparate threads. In the books, the Overlook did not make it through the events of “The Shining,” exploding thanks to a faulty boiler. But the hotel survived Kubrick’s film, and since this is a direct sequel, it remains here, dilapidated and decrepit from decades of disuse. Anyone who’s seen a trailer for the film can guess that it will eventually end up there, whether in a dream or reality. It’s a daring gambit for Flanagan to call back to a movie that is doubtlessly superior to the one he’s making, and some of the stumbles of “Doctor Sleep” can be laid at the feet of this approach. Early on, Dan has some flashbacks to the Overlook, with Flanagan recreating famous moments from Kubrick’s film with lookalike actors and color grading. It’s a neat trick, but it feels more like cosplay than reverence, which can bring down the energy a bit.

They’re better off sticking to the new ground, as there’s a lot to cover. “Doctor Sleep” delves deep into the mythology of what it means to shine, and Flanagan is happy to throw the exposition doors wide open in an extended opening act. It’s here that the film’s prodigious length is probably felt the most with what seems like endless establishment of Dan’s current state, how he’s reckoned with the shadow cast by his father, who the True Knot are and how Dan and Abra become a team. These moments don’t give McGregor all that much to work with, and it takes him a while to grow into the role. But the intrigue and worldbuilding that underpins the length is alluring enough to keep the momentum rolling just enough until the table is set and the story can kick into high gear.

The real reason to buy a ticket, though, is Ferguson, who relishes her villain role and prowls across the screen brimming with menace and sexuality. The True Knot treats the Steam as a drug, always chasing that next fix (they’re addicts just like Dan and his father), with Ferguson as the embodiment of that greed and lust for power. Flanagan has a ton of ground to cover in the film’s two-and-a-half-hour runtime, and there are times when it can feel like it’s starting to drag, but that’s never the case when Ferguson is on the screen. The way they suck the Steam from their victims, including one memorable scene where Ferguson and crew essentially freebase from Jacob Tremblay, is violent and disturbing, cementing them as a force to be reckoned with and a worthy foil. Putting a distinct face to the antagonist is an interesting touch considering we didn’t have anything tangible to fear in “The Shining,” but Ferguson is so outrageously good here that it works extremely well.

“Doctor Sleep” has its ups and downs, but you can’t deny its ambition. The way to make a sequel to “The Shining” is to go whole hog, and that’s certainly the approach Flanagan takes. McGregor could perhaps be a little more engaging as the lead, but the likes of Ferguson, Curran and Cliff Curtis more than carry the load. It employs some great, imaginative set pieces that reinforce his status as one of the better mainstream horror directors working today. “Doctor Sleep” certainly isn’t perfect. It’s probably at least 15 minutes too long and doesn’t entirely stick the landing, but it’s a far better sequel to “The Shining” than it has any right to be.