Trending
You are at:Home»Entertainment»Movies»Movie Review: “Us” 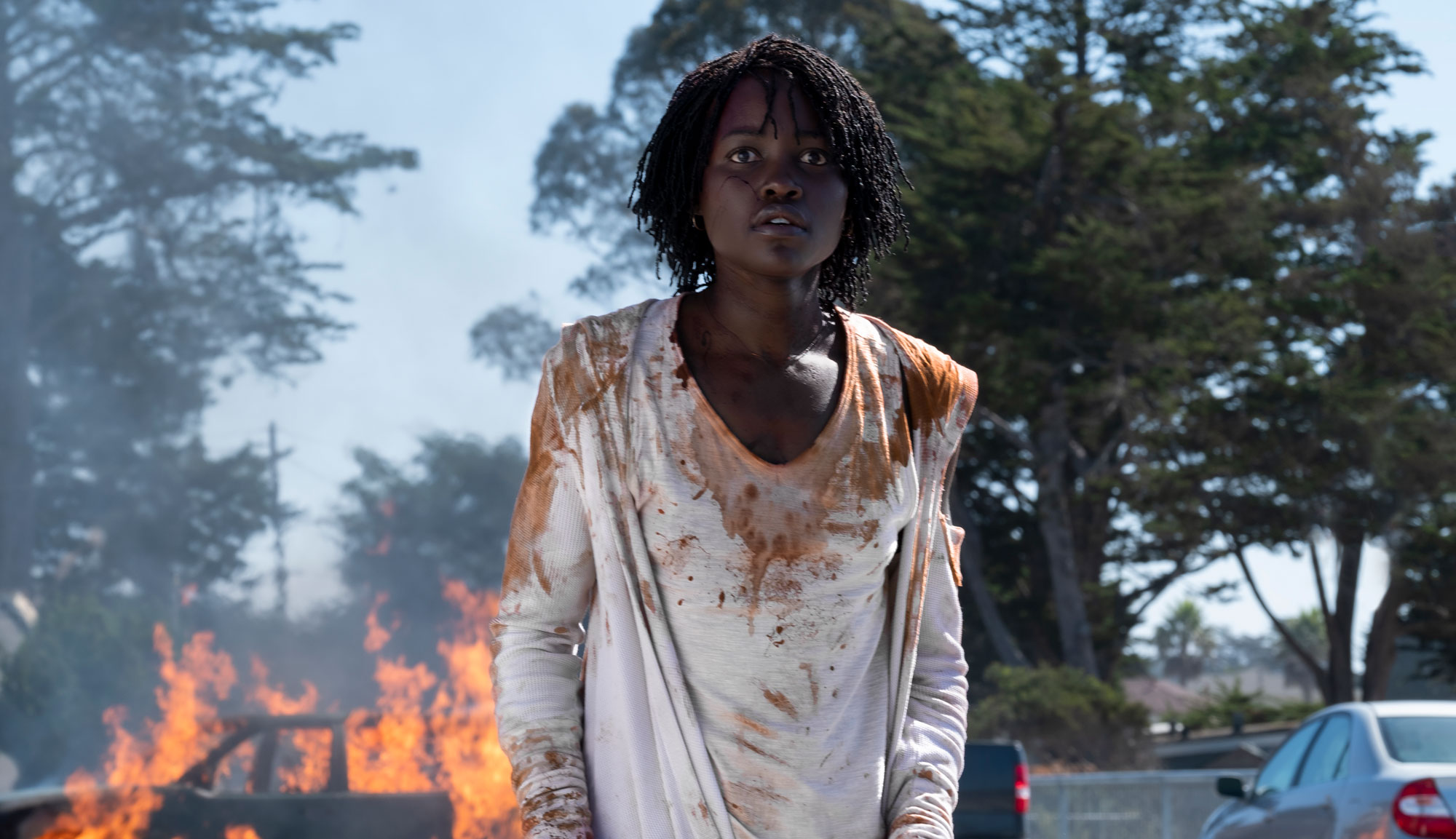 There was a time when a horror movie directed by Jordan Peele wouldn’t have the astronomical expectations that it does now. Back in 2015, he was best known as one half of the sketch comedy duo Key and Peele, whose titular show was airing its last season on Comedy Central. Anyone who watched “Key and Peele” knew that the duo had undeniable cinematic sensibility, but even considering that, it would have been tough to expect just how successful Peele would be when he made the leap to the director’s chair with his debut feature, “Get Out.” Horror movies tend to exist in a niche of a niche, often outperforming their budgets at the box office but rarely receiving any sort of crossover critical or industry success. “Get Out” capably bridged that gap, winning an Academy Award and legitimately threatening for a few more. Peele went from being a force in the comedy world to a force in the film world nearly overnight. In February 2017, a Jordan Peele horror movie was a curiosity. In March 2019, it’s an event.

Following in the footsteps of “Get Out,” “Us” has been marketed as another entry in the somewhat newly-coined genre of social thrillers designed to commentate on the state of the world while tingling the spine. It focuses on Adelaide and Gabe Wilson (Lupita Nyong’o and Winston Duke, respectively), who take their two children (Shahidi Wright Joseph and Evan Alex) on a relaxing vacation that soon becomes anything but. Simply arriving in the vicinity of Santa Cruz puts Adelaide on edge, recalling a traumatic childhood experience when she wandered away from her family on the boardwalk and came face to face with something indescribable. Even the presence of their friends, Kitty (Elisabeth Moss) and Josh (Tim Heidecker), can’t seem to calm her down. It doesn’t take long for her fears to be realized when a family of doppelgängers come knocking with scissors in their hands and murder on their minds.

There’s an immediate confidence in Peele’s direction – something that was as apparent in “Get Out” as it is here – even though “Us” takes plenty of time to establish itself, opening with an extended flashback set in 1986 that gives us a glimpse of Adelaide as a child. It takes even more time for the monstrous, red-clad doppelgängers to begin their assault, but the second they arrive on the scene, the film comes to life with an excellent sense of terror and suspense. The second half is a full-on home invasion nightmare, and Peele flexes all of his muscles, stringing together a series of jump scares, creeping dread and silhouettes lurking in the corners of static shots. The choice to hire cinematographer Mike Gioulakis, who so perfectly framed “It Follows” for maximum impact, is pitch perfect. This is a different kind of thriller from “Get Out,” and Peele is shrewd in his understanding that he needs a different kind of cinematographer to match. Michael Abels (who composed the score for “Get Out”) provides another killer and off-kilter score, abundant with choirs to maximize the creep factor.

While all of these artists are at the top of their game, it’s the performances that are likely to last long after the credits roll. The nature of “Us” requires much of the cast to pull double duty, with a specific and haunting physical cadence separating the doppelgänger from the original article. The majority of the audience will recognize Duke as M’Baku, the powerhouse warrior from “Black Panther,” but we see a far different side of him here. Duke carries much of the film’s humor, always solid for a perfectly oblivious reaction to whatever he’s clearly supposed to notice but entirely fails to do so. The kids each have their own strengths, showing some real skill that belies their age, and the wonderful duo of Moss and Heidecker are a great change-up, embodying the comfort of a life devoid of stress.

However, it’s Nyong’o who is undoubtedly the star of “Us.” She hasn’t really had a role like this to dig into since winning the Academy Award for “12 Years a Slave,” and this is easily the better performance – an astoundingly impressive turn (well, two turns) that shows a preternatural control of her body, voice and eyes. Nyong’o owns every second of her screen time as both the final girl and the stalking monstrosity in equal, simultaneous measure. She plays anxiety and post-traumatic stress so well, often in the face of herself playing the complete opposite end of the spectrum. It’s physically and emotionally demanding work like no other – a bravura performance that has set the bar astonishingly high for anyone who wants to claim the title of best of the year.

It should be apparent by now that Peele doesn’t play it safe with his sophomore effort. It’s easy enough to understand “Get Out,” but “Us” is made of thornier stuff. It’s very much a traditional horror movie – something that may rankle those pining for the more crossover sensibilities of his debut film. Its themes are not as pushed to the forefront; there’s nothing as direct to latch onto as the Sunken Place, requiring more work to get to the heart of what he’s doing here (though there is plenty to analyze regarding the darkness lurking in ourselves, class struggles between the haves and have nots, and the plight of the homeless in America, among other thing). What “Us” makes abundantly clear, however, is that Peele is an undeniable talent, so comfortable in his ability to build tension, so assured in his use of music, cinematography and editing, and so smart in his personnel choices. “Us” proves that as a director, Jordan Peele is not a one-hit wonder. He has plenty to say, and if we’re lucky, plenty more to come.