Trending
You are at:Home»Entertainment»Movies»Movie Review: “Knives Out” 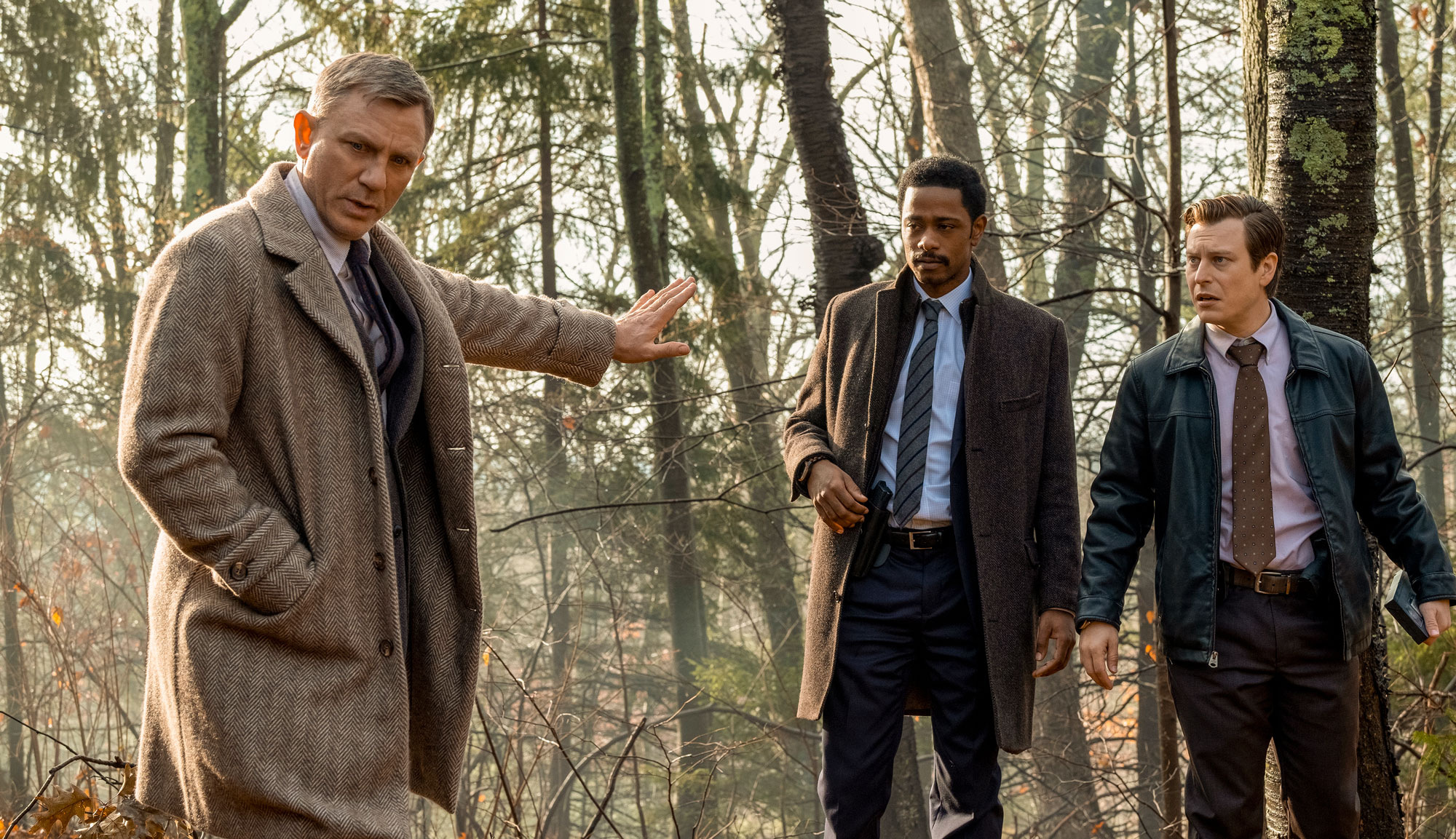 The whodunnit has never been a big staple of cinema, but there are many entries throughout the years that have followed a winning formula: a cast of colorful characters (usually played by movie stars) in a specific location are all implicated in a crime, and it falls on a peculiar yet talented detective to crack the case. “And Then There Were None,” “Murder on the Orient Express,” “Murder by Death” and “Clue” all fit this mold, but while that tradition carried over to television with Jessica Fletcher, Columbo and Monk solving cases on a weekly basis, the genre has been sorely missing from movie theaters for many years. While Kenneth Branagh revisited “Murder on the Orient Express” two years ago, Rian Johnson’s “Knives Out” is the true great resurgence of this dying breed of story. It’s not exactly a profound film, but it is a fun and expertly crafted tale that’s absorbing from the opening shot until the end credits.

Famous, beloved and incredibly wealthy mystery writer Harlan Thrombey (Christopher Plummer) is found dead at his sprawling estate following his 85th birthday party. Only his house staff and family surrounded him that night, and the latter is a group of jackals wearing polite masks who each have something to gain from Harlan’s death. The death is initially ruled a suicide, but when gentleman detective Benoit Blanc (Daniel Craig) is anonymously hired to investigate the matter, he and the police (Lakeith Stanfield, Noah Segan) begin poking around into what really happened that night and what is going on in the Thrombey estate.

“Knives Out” is very much a checklist of necessary ingredients for a delightful whodunnit. Upper class setting? Check. An oddly named and fairly bizarre detective who has a real method to his madness? Check. And so on, as writer/director Johnson stacks his cast with incredible talent, his plot with plenty of twists and his script with lots of fun banter and devastatingly cutting remarks. But what makes this pastiche work is that, while it clearly adheres to forebears in the subgenre, it never feels formulaic. Perhaps that’s because of the innate cleverness of the mystery with its myriad surprises while also being updated for modern times with cell phones, DNA testing, etc. In less capable hands, the homage to the whodunnit tropes (like red herrings, revisiting events through different perspectives and parlor scenes where the entire mystery is laid bare) would feel perfunctory. Johnson clearly has a vast understanding of this sleuth story, and it’s only surpassed by his great affinity for it, but what’s most surprising is that despite the film’s checklist of components, “Knives Out” doesn’t ever feel like a slave to those requirements.

The cast is phenomenal across the board. While some characters get much less screen time and impact on the narrative, they still serve a purpose in fleshing out this ravenous family. All of them are terrible in some way, but they also get chances to be human, funny and relatable too. Everyone gets a memorable line or a great bit of verbal sparring with their scene partners. Craig is perfectly over-the-top with his Southern-fried Tennessee Williams accent, delivering perfect zingers and quips that are unexpected but utterly make sense for the character. He’s charming and hilarious, and his competency is proven well through his deductions that are in plain sight.

Craig is perfectly complemented by a brilliant cast that includes the previously mentioned actors as well as Ana de Armas, Jamie Lee Curtis, Michael Shannon, Chris Evans, Toni Collette, Don Johnson, Riki Lindhome, Jaeden Martell and Katherine Langford. They’re clearly having a lot of fun portraying this spectrum of bastards, but it doesn’t come across like they’re not taking it seriously. They’re just reveling in being these predatory WASPs who are as flawed as they are privileged. In particular, de Armas, Evans, Collette and Curtis make a whole meal out of their roles as they indulge in character types that they’re rarely given a chance to play.

Beyond his script and ensemble of talented performers, Johnson uses a variety of other tools to move his film along, including gorgeous production design by David Crank, inventive cinematography by Steve Yedlin and a campy mix of melodramatic and playful music by Nathan Johnson. With “Knives Out,” Johnson has resurrected the whodunnit for the modern age and injected it with topical subjects while also remaining true to the form that he so clearly admires. It’s a raucous treat that doesn’t carry a lot of weight, but it isn’t fluff; nothing this well-assembled with so much thought, care and precision could be mistaken for a mere distraction.