Jamie Lee Curtis was destined to be a star actress in Hollywood. She’s the daughter of Hollywood royalty with her parents being Tony Curtis and Janet Leigh. She made her big screen debut in “Halloween” in 1978 and has been a fixture in Hollywood ever since.

With a string of “Halloween” sequels spanning decades and other horror movie roles, Jamie Lee established herself as one of the most iconic scream queens in the business. But she was never pigeon-holed in those roles.

It’s great to see Jamie Lee continue to get movie roles and you can follow the latest on her here.

She’s know for one of the most iconic topless scenes in movie history with her sexy role in the comedy “Trading Places” in 1983 as she undressed in front of the bathroom mirror. That was one of many topless scenes in her career, and who can blame her? Her reputation as a sex symbol grew when she starred in “Perfect” in 1985 and then with her amazing performance in “A Fish Called Wanda” in 1988. If you’d like to see more of her sexy roles you can see all of Jamie Lee’s nude scenes at MrSkin.com

Jamie Lee has had a long and successful movie career. Here are some highlights:

“Halloween” (1978)
This started it all for Jamie Lee. We noted that “Halloween” is one of the greatest horror movies of all time, and nobody would seriously argue that claim. Roger Ebert loved the film and gave it 4 stars.

“Trading Places” (1983)
As mentioned above, Jamie Lee looked amazing in this role that she played beautifully opposite comedy heavyweights Eddie Murphy and Dan Ackroyd. She more than held her own in this film and established herself as a legitimate star in Hollywood. 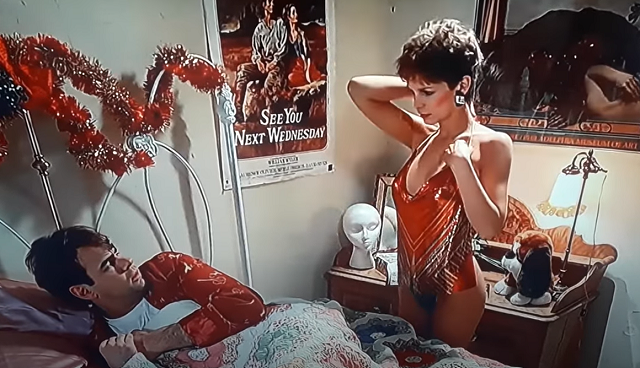 “Perfect” (1985)
This film was a complete bomb despite having Jamie Lee starring opposite John Travolta. The only bright spot is seeing Jamie Lee working out in a series of sexy, 80’s style workout outfits. She looks amazing but the film is terrible. 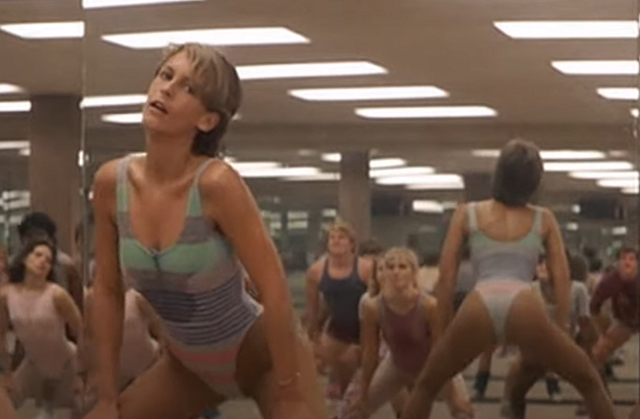 “A Fish Called Wanda” (1988)
This comedy classic is one of Jamie Lee’s best films and also one of her best performances. She’s brilliant playing opposite John Cleese, Kevin Kline and Michael Palin in this witty comedy set in London. It’s also a wild crime caper and is easily “one of the most rewatchable comedies to come out of the late 80s and early 90s.” 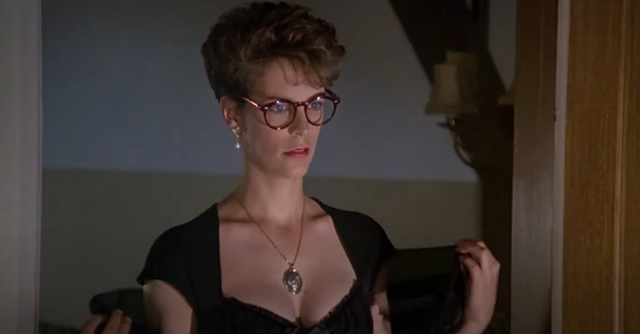 “True Lies” (1994)
Jamie Lee stars opposite Arnold Schwarzenegger in this action blockbuster directed by James Cameron. She described this films as her all-time favorite filming experience. It also included her famous striptease scene which showed off her mid-30s figure. 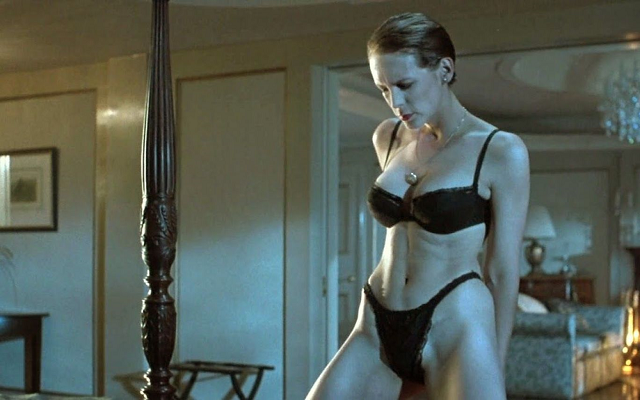 “Halloween” (2018)
Our review of this film explains that . . . “Halloween” is an interesting entry in the horror franchise. Despite the title, it’s not a remake of the 1978 original but rather a sequel that pretends the other installments never happened. Rob Dean goes on the explain: “It’s a wonder to see Curtis inhabit the role again, stepping into Laurie’s shoes once more but in a different manner. The character is written and performed beautifully; she’s a flawed person who is still broken in many ways but also contains a well of strength in the face of evil. The fact that her pain and anger have caused so many problems in her life and with her loved ones is a sad but recognizable facet of her traumatic experience. The filmmakers take great care not to paint Laurie as a misunderstood genius or a basket case but instead as someone whose life was forever altered in ways she may never understand due to her violent encounter.” 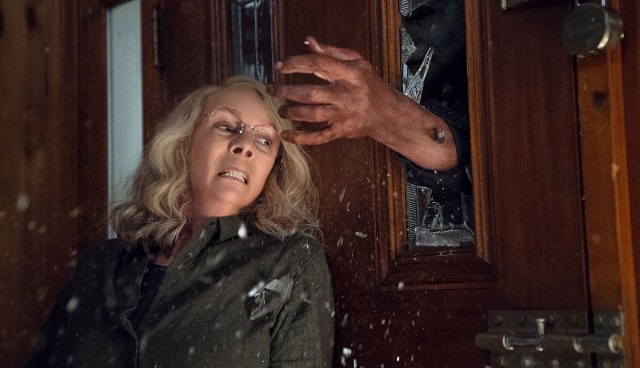 “Halloween Kills” (2021)
This film isn’t a very strong entry in the franchise reboot. Jamie Lee does her part with what little she’s given, as movie reviewer Rob Dean notes, “Curtis has very little to do, with a few scenes of heartbreaking triumph and impressive brazenness that will make you wish she was in it more.” 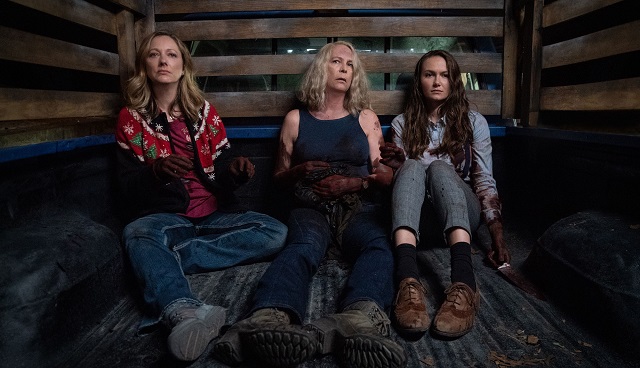 Jamie Lee discusses her career
In this very candid 2021 interview, Jamie Lee explains how she was cast in some of her biggest roles.