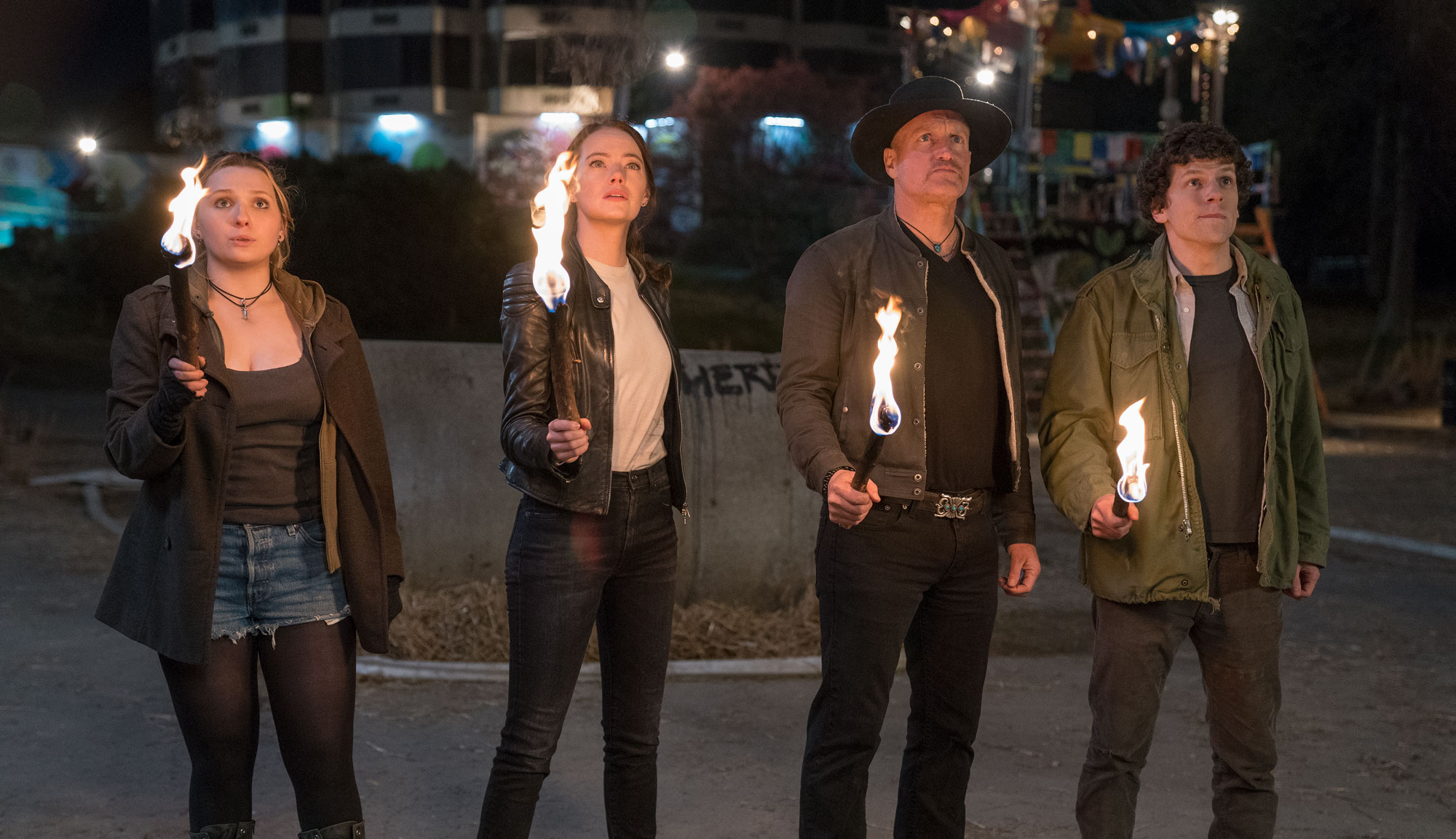 There don’t appear to be any hard or fast rules about the appropriate length of time between installments in a movie franchise. You’d think that long intervals would lead to a feeling of staleness or a weird disconnect, but sometimes it works; “Jumanji: Welcome to the Jungle,” “Blade Runner 2049” and “The Strangers: Prey at Night” all had varying levels of success and kept the spirit alive more than a decade after the original film. There have been others that felt like they missed their window (“Jurassic World,” “Super Troopers 2”), while retaining the same creative team doesn’t always ensure success either (“Indiana Jones and the Kingdom of the Crystal Skull“). “Zombieland: Double Tap” arrives in theaters exactly 10 years after the first movie, but it doesn’t feel like any time has passed, for better or worse. The cast is game, and there’s some great action, comedy and gore effects, but there’s also a sense that it’s just more of the same. Basically, if you liked “Zombieland,” chances are pretty high that you’ll dig “Double Tap” as well.

It’s been 10 years since the zombie plague. Amidst the post-apocalyptic world, Columbus (Jesse Eisenberg), Wichita (Emma Stone), Little Rock (Abigail Breslin) and Tallahassee (Woody Harrelson) have created a makeshift family for themselves and taken up residence in the White House. Unfortunately, Little Rock is an 18-year-old who wants to find people her own age, preferably someone with whom she can make out, and Wichita is feeling restless, afraid that if things are going well, then they are doomed to fall apart. The group has to learn to navigate these developments in their relationships, along with the arrival of new people, the lure of a pacifist community called Babylon and a new breed of zombies that are meaner, tougher, smarter and faster.

Director Ruben Fleischer returns along with original writers Rhett Reese and Paul Wernick (as well as additional writer Dave Callaham) for this follow-up to their 2009 zombie action comedy. “Zombieland” was a fun romp that wasn’t especially inventive but gathered up a lot of tropes of the subgenre and made those moments funny by juxtaposing them with specific types of characters. It was made right around when zombies were hitting their peak again in pop culture (“The Walking Dead” TV series would debut a year later) but still had decades of material to use. Meanwhile, Double Tap” is made at a time when people are constantly writing off zombie projects, so it’s a different cultural moment in regards to zom-com flicks, not to mention that the world outside of the cineplex has changed considerably as well. So how does “Double Tap” differentiate itself from its predecessor and the glut of other zombie films? By adding more characters and doubling down on what came before.

There are a lot of callbacks to the first movie – various quotes from Tallahassee, Columbus’ survival rules, a certain untimely murder of a beloved actor – but those are mostly the weakest parts of this sequel. Luckily, the filmmakers expand beyond that to go off on odd tangents and introduce fun new characters that mix up the dynamics of the group. Eisenberg, Harrelson and Stone are all still perfect in their roles as the overly sensitive neurotic, the sweet but moronic redneck and the sarcastic badass, respectively. (Once again, it feels like Breslin has very little to do, though what she is given, she does well.) The MVP of “Double Tap,” however, is Zoey Deutch as Madison. At first glance, she’s your typical Pinkberry-eating, Pilates-obsessed airhead, but there are layers to her character, and both the writing and Deutch’s incredible performance go beyond just the one joke with all sorts of clever and unexpected hilarious moments. Not only does she shine, but by adding her character into the dynamic, everyone gets to play off her and reveal new levels of humor.

“Double Tap” has better action than the previous film, with engaging camera set-ups, inventive choreography and stunts, and propulsive editing that sells those moments. The zombie make-up and gore effects are still very well done, though some of the CG isn’t as polished as it could be. Fleischer’s attention to stylized action, making the threat visually interesting and grotesque, and proper comedic timing helps make these three different genres come together in a cohesive way that doesn’t feel disjointed. Balancing out these tones is impressive and makes the film work as well as it does. “Zombieland: Double Tap” isn’t innovative in any particular way – not as a zombie movie, comedy or action film – but it’s a solid genre mashup that’s entertaining and contains strong character moments and clever twists on expected gags. For those who liked “Zombieland,” there’s no reason this will be any less fun; it’s just like hanging out with friends at a 10-year reunion, except less horrific.