Trending
You are at:Home»Entertainment»Movies»Movie Review: “The Fabelmans” 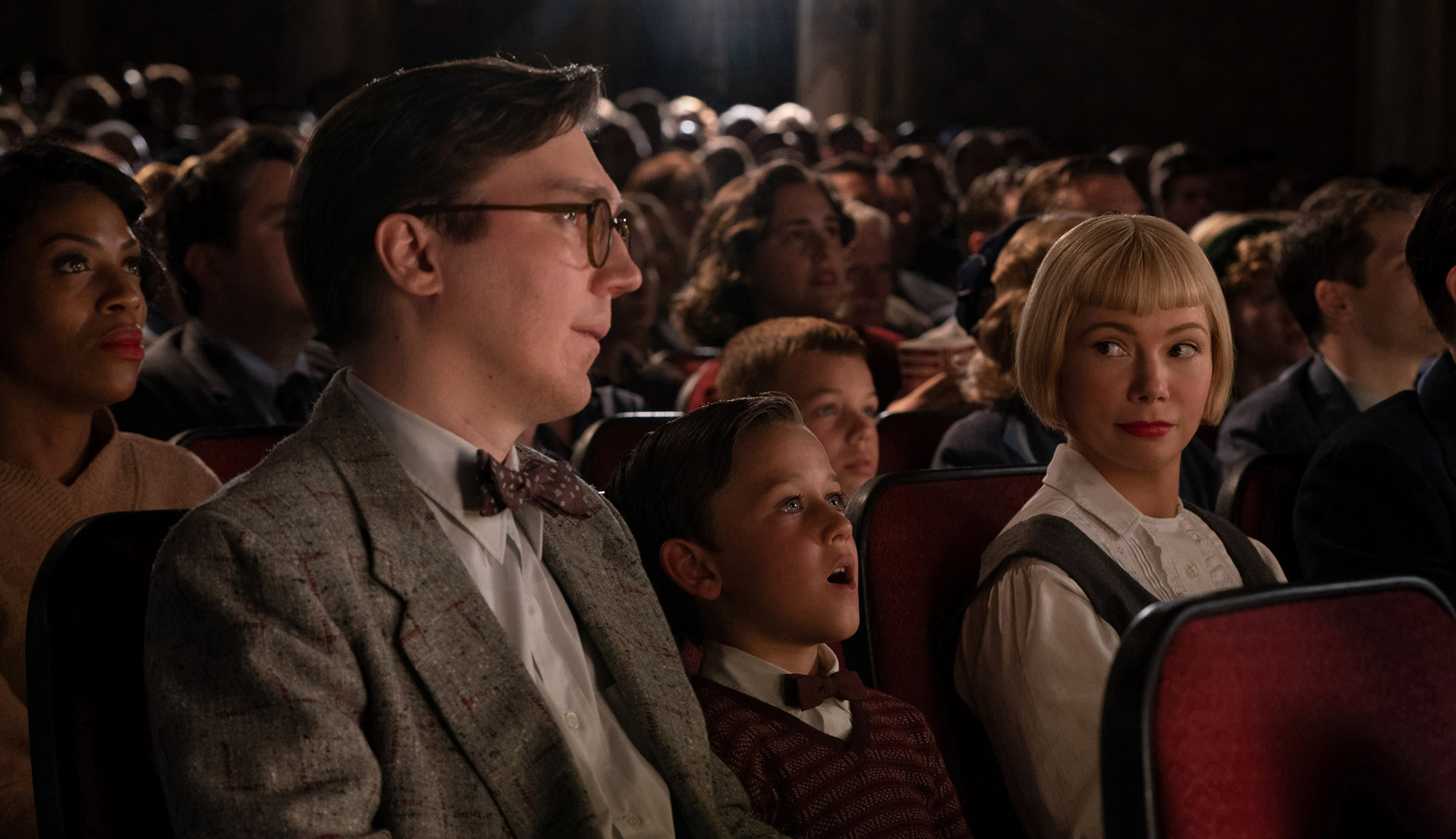 If you were a kid growing up in the ’80s and early ’90s and had even a passing interest in movies, Steven Spielberg was likely your king. “Raiders of the Lost Ark” and its sequels, “E.T.” and “Jurassic Park” were formative events, and even an after-school cartoon like “Animaniacs” bore his name. Many of these films evoked what it must have been like for young Spielberg to watch Westerns and serials in Arizona in the 1950s — the films that helped birth Indiana Jones. His newest film, “The Fabelmans,” offers us a glimpse into that life, providing a semi-autobiographical view into the childhood that made him the most famous director in the world.

We meet young Sammy Fabelman (Mateo Zoryon Francis-Deford) in New Jersey in 1953 as he is being brought to his first-ever movie by his father Burt (Paul Dano) and mother Mitzi (Michelle Williams). You can tell by the spellbound look on his face that the trajectory of his young life has changed forever. He becomes obsessed with the moving image, pointing his camera at anything and everything as his family and longtime friend Benny (Seth Rogen) relocate to Arizona for a chance at a better life. Making silly little 8mm home movies with his sisters and his boy scout troop is a lot of fun, but it’s not until he grows up into a teenager (now played by Gabriel LaBelle) and starts to helm more elaborate pictures and document his family trips that he discovers that his mother and Benny might be a little bit closer than anyone realized. The revelation crushes young Sam, but not as much as another move, this time to Northern California so his dad can work for IBM. He suddenly finds himself friendless and the target of some particularly awful antisemitic bullies at his new school — his love for film and desire to shoot his own flicks diminished to nothing.

Some of Spielberg’s trademark schmaltz is here; there are only so many scenes of young Sammy looking at a flickering screen with wide eyes before it gets a little silly. But for all of its borderline cliché, “The Fabelmans” feels remarkably vibrant and engaging in the story it tells. It’s not about a kid who finds his life in the power of movies. It’s about a burgeoning perfectionist who happens to choose movies as the form on which he can exert control, and how his talent accidentally tears his family apart. Clearly, Spielberg feels everything we see on screen so deeply, and it’s the personal and profound familiarity he has with the subject matter that makes the film so achingly genuine. That’s something that’s arguably been missing from Spielberg’s late-career work, with films like “Ready Player One,” “The BFG” and “The Adventures of Tintin,” or even his more well-regarded work like “West Side Story,” “Bridge of Spies” and “Lincoln,” feeling more like exercises than something that was screaming out to be made. That’s not a bad thing by any means, but the difference between that work and “The Fabelmans” is night and day. The sequences of Sam directing his World War II picture are so kinetic and satisfying that it sucks you in, providing the hook to invest in Sammy’s life and times. The family drama, then, takes on a special significance, as you can see how it saps his artistic passion.

Much of that is down to Williams (Michelle, not John, though his score is excellent), who has gotten the majority of the plaudits coming out of the film’s debut at the fall festivals. And she is certainly excellent, trapped in a loving but unsatisfying marriage and moved around the country against her will, causing her to lose her desire to fulfill her passions, both for her illicit and perhaps initially unrealized love for Benny and her undeniable talent for playing the piano. Dano, though, should not be overlooked. His role is a bit more thankless; he’s supportive of Sammy’s love of film but sees it as a hobby for a person who will eventually grow up and go into business or mechanical engineering. You know, a real job. In the past, Dano has gotten flak from certain circles for being perhaps too mannered in his performances, focused on the sort of outward tics and showy quirks to make his characters come to life. There’s none of that here; he’s austere but caring, very much a product of the patriarchy of the ’50s and ’60s but not entirely ignorant of how it affects his wife and children. Most importantly, the family feels organic. It’s not a case of people doing things to satisfy the plot; all of their actions make sense.

Maybe I’m biased as a kid who grew up loving movies within a divorced home. I’m surely not the only one of those, but that makes “The Fabelmans” intrinsically closer to my wavelength. This is the best and most vital Spielberg has felt as a filmmaker in decades. It’s rare that even his least interesting work over the latter part of his career is devoid of anything worthwhile, but when you see a movie like this, it reminds you what he’s capable of when the stars align and he is truly invested in the subject (invested enough to co-write the screenplay with frequent collaborator Tony Kushner, his first writing credit in over two decades). Everything just works: Gabriel LaBelle, who shows a soulfulness beyond his years; the short cameos from a powerful Judd Hirsch and a wonderfully looney David Lynch giving Sammy a vision of his future; the hilarious love affair with certified Jesus freak Monica (Chloe East), demonstrating the pros and cons of young passion; and Rogen, who continues to blossom into a well-rounded and dependable actor in his own right, acting as a secondary father figure without even knowing it.

Yes, “The Fabelmans” is not the first movie to be about coming of age in the glow of the silver screen and having it shape his life. It’s not even the only one this year, with Sam Mendes’ “Empire of Light” on the horizon next month. But Spielberg’s been the king of broad appeal movie fare for five decades for a reason, and this film proves that he still has plenty left in the tank if he chooses to tap into it. Considering how intensely personal this film is and Spielberg’s age, we may never see another one like this. But luckily for all of us, he’s given us at least one more masterpiece to behold.