Trending
You are at:Home»Entertainment»Movies»Movie Review: “Ready Player One” 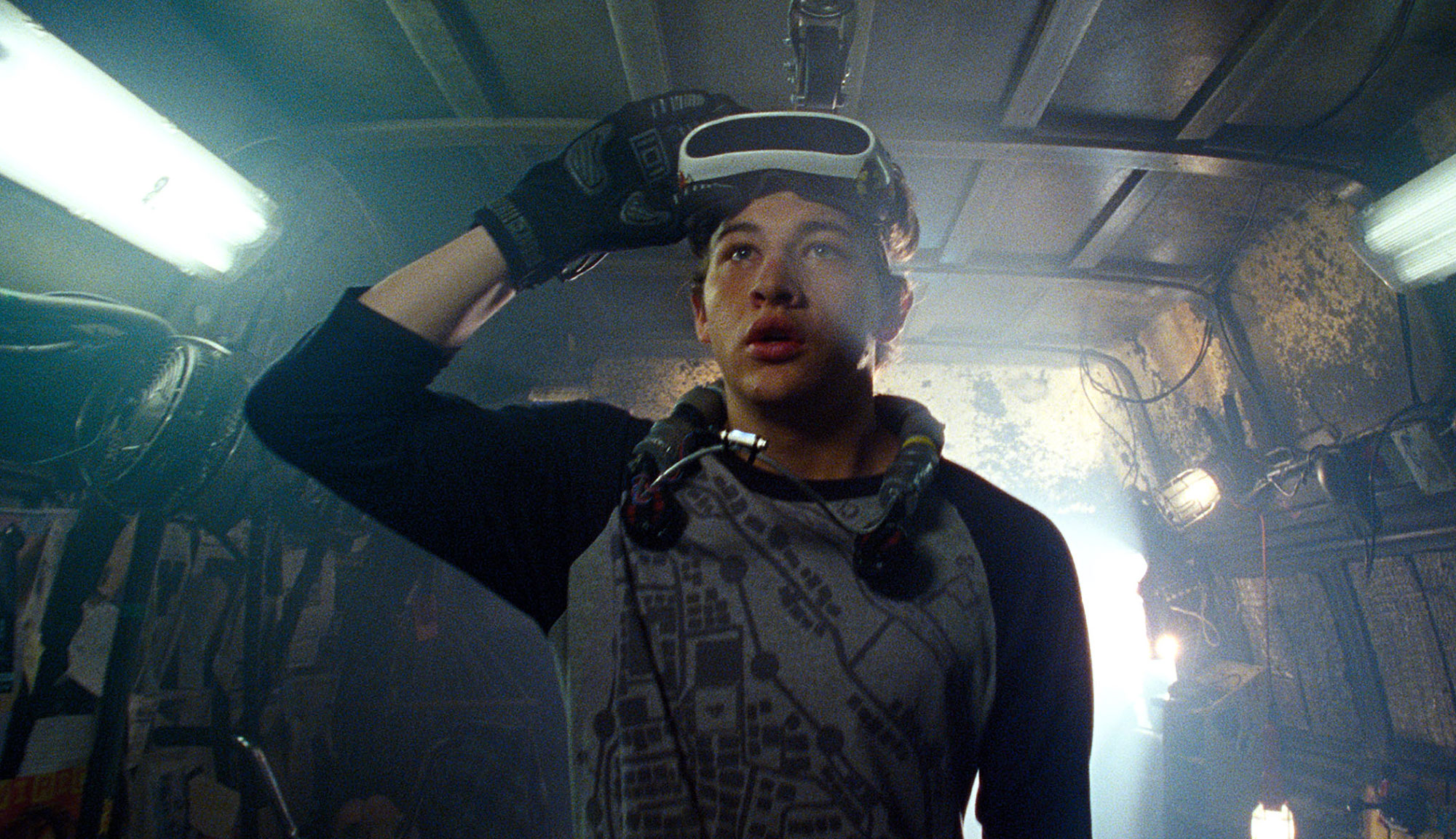 Escapism is a natural tendency for people and a driving force for much of modern day life. No matter where people fall on the Maslow hierarchy of needs, everyone has an escapist streak within them. At the most basic level, people dream of a life different from their own, fantasizing about something apart from themselves in which they are able to evade the drudgery and darkness of their daily existence. For the lucky few that are able to experience art, they can be transported into another world, another story and/or another experience for as long as it takes to watch a movie, listen to music, read a book or play a game.

That pull to flee from current circumstances is a natural and healthy element of human nature, but it can still be one fraught with peril if abused. The power and pitfalls of escapism form the running thread of Steven Spielberg‘s latest film, “Ready Player One.” The movie provides a fun time at the theater, but it’s also a wildly uneven ride that runs the gamut from boring to inspiring.

Wade Watts (Tye Sheridan) is just an average kid living in the Stacks (a community of trailers stacked on top of one another) in Columbus, Ohio in 2045. He’s a poor boy who spends most days in a virtual reality game dreaming of achieving the ultimate goal that would lead to fame and riches. For in this virtual universe, known as the OASIS, Watts is Parzival, a man on a mission to uncover the hidden secrets of the OASIS that were planted by its recently deceased creator, James Halliday (Mark Rylance). Unlike most gunters (short for “egg hunters”), Wade works alone and eschews the corporate bullies of Innovative Online Industries (IOI), headed by Nolan Sorrento (Ben Mendelsohn), that seek to locate Halliday’s Easter egg and take over the platform for monetary gain. Though he’s mostly a loner, Parzival finds companionship in his friend Aech (Lena Waithe) and romantic interest in Art3mis (Olivia Cooke), who, despite being in it for themselves, must work together to ensure that the OASIS doesn’t fall under the sway of IOI.

“Ready Player One” is a perfectly fine but incredibly mixed bag of a movie. The first act is pretty clunky and boring, with a whole bunch of exposition being dumped in a non-dynamic manner; the middle section has a legitimately amazing sequence that is hugely rewarding for cinephiles and genre fans that almost makes the entire film worth it; and then it all concludes with an adequate climax that has inspired moments of comedy and action but ultimately feels pretty mediocre.

Those who were worried about “Ready Player One” merely being a collection of references can rest assured that it’s more than just “Robot Chicken: The Movie.” Yes, it is fun to watch and notice a Battletoad in the background, or see a poster for “Ladyhawke,” or hear a Tear For Fears song playing just like in that classic ’80s film. But most of the nods to other works are not dependent on audiences getting every random video game joke or pop culture reference; the ones that require some knowledge or actually impact the story are usually explained in depth by characters.

Those that read the book by Ernest Cline will be surprised to see how much has been changed. The basic structure of the plot remains the same, but the various challenges to unlock Halliday’s Easter egg have been reconfigured in different ways to be more visually appealing, interesting to a general audience and expedient for the plot. But the more interesting alteration in the film, written by Cline and Zak Penn, is that it went from a story about the perils and pleasures of nostalgia to a meditation on the positives and pitfalls of escapism.

Nostalgia is certainly a form of escapism, so it’s not that dynamic of a shift, but the book was about the joys that can be found within a shared pop cultural lexicon and iconography, as well as the problems that come with everyone being forced to abide by the tastes of a midwestern white guy raised in the ’80s. That’s a very specific theme that is incredibly prescient to today’s entertainment output with so many revivals, reboots and remakes that tap into shared intellectual properties that people vaguely care about. “Ready Player One” still juxtaposes the crap state of affairs of the real world against the idyllic hedonistic pursuits in the OASIS, but its bland call for appreciating the real world comes across as a rote message rather than an inspired dialogue.

This mixed bag approach doesn’t just apply to the tone and set pieces but extends to the characters as well. There is no real substance to any of them, save for Art3mis and Halliday, both of whom receive the most development and also feature the best performances. Cooke and Rylance are given complex characters with intriguing emotional issues and motivations, whereas the other characters are mostly tropes at best and ciphers that fill up the screen. Sheridan is a very good actor, but Wade doesn’t have much to do beyond serving as a generic protagonist on the hero’s journey. Mendelsohn is also a phenomenal performer, but his villain is straightforward and the type of cardboard cutout antagonist that Hollywood has been churning out for decades.

All of those things are fine – they service the movie in an adequate fashion and don’t require much depth or thought – but it could have been much better if there had been more nuance given to their characters and more hooks about why we should care about or be afraid of them. Perhaps it’s simply a case of being so meta that it won’t be recognized for years to come, but while it’s fine to recall those simple heroes and villains from blockbusters past, it becomes tedious if nothing new is being done with the archetype.

“Ready Player One” looks great, with some excellent set design to create the lived-in dystopia of the real world and a brilliant use of CGI landscapes and characters in the OASIS. But with a few exceptions, there is no real weight to any of the action; there is no sense of true danger or impact that the violence has on characters, perhaps because it is ultimately a video game. That one breathtaking sequence in the second act is fun, visually stunning and referential while making the emotions of the situation palpable for the characters and audience, and it’s also the best example of what the rest of the movie could have been. Instead, it’s a mostly by-the-numbers blockbuster that contains a clever idea and fine execution but no real sense of depth or emotional connection. Even the score, by Alan Silvestri, feels like an echo of his work for more engaging films.

Escapism is a necessary part of the human experience. Frontal lobes that project a different life and future based on dreams and aspirations help propel cultures forward and are the foundation for great artists. But if people spend too much time in the clouds, they become disconnected from the true emotions that fuel daily lives. “Ready Player One” is filled with nods to elements from some of the best dreams to come from those diversions. It celebrates the need for a balance between what is real and what isn’t, but it never actually strikes that on its own. As a result, Spielberg has created a fun slice of escapism that unfortunately won’t resonate like the past pop culture pillars the film seeks to celebrate.