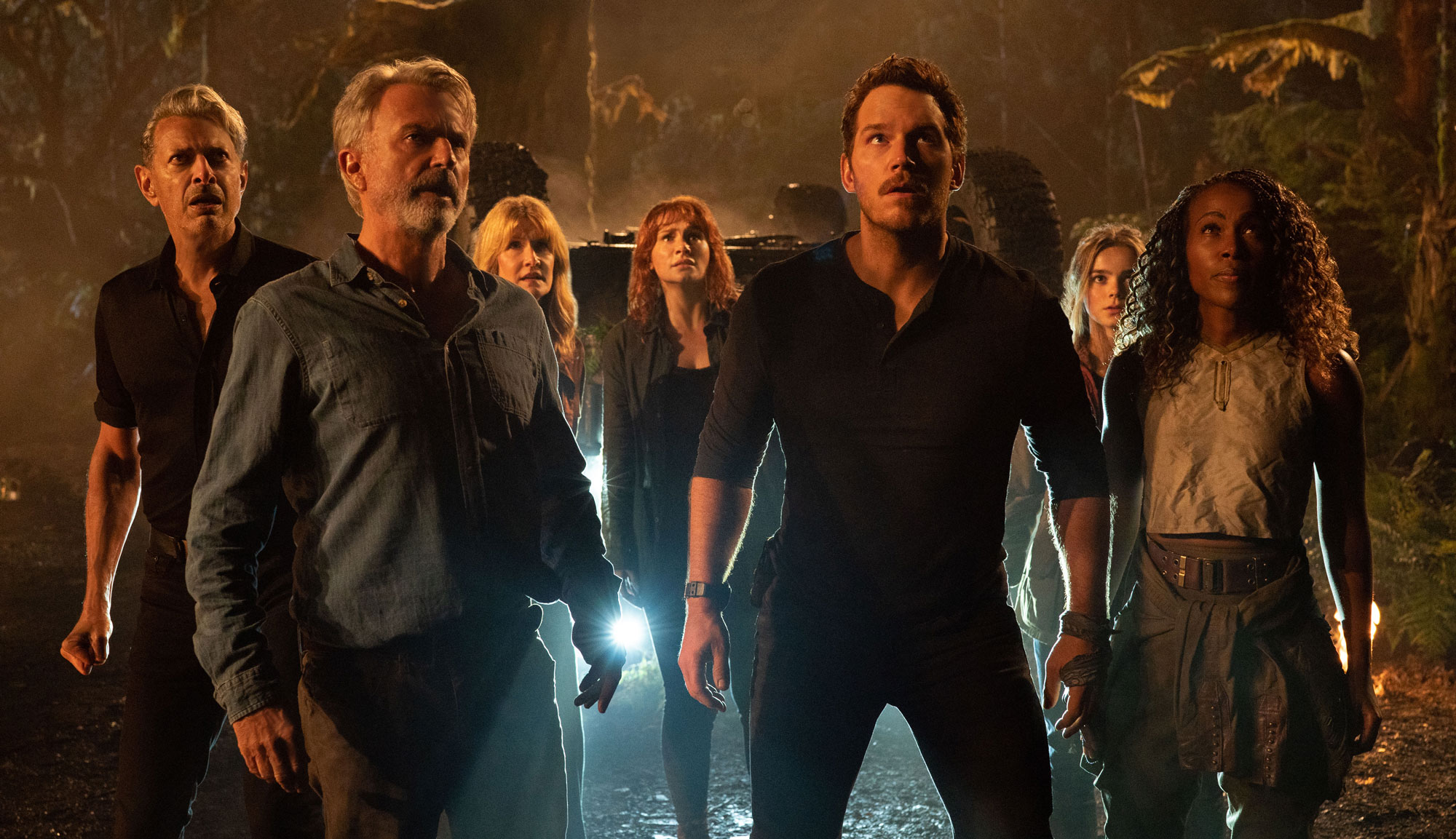 I don’t particularly like “Jurassic Park.” Perhaps that statement is enough to invalidate anything else I’m about to write, but I ask for you to please read on. Though I appreciated the incredible effects, the sense of wonder that Steven Spielberg instilled and Jeff Goldblum being Jeff Goldblum, my experience was hindered by the fact that I had previously read the Michael Crichton novel on which the film is based. The book is filled with the author’s usual mix of inane technobabble and close-if-you-squint science, but it also had another terrific feature: lots of murder and gore. “Jurassic Park” the novel is full of all sorts of death and endangerment in suspenseful ways, while Spielberg’s “Jurassic Park” only has the T-Rex breakout sequence (which is great!) as anything that works as visceral horror. My genre-obsessed brain appreciated the loving shots of birds and brontosauruses but felt cheated out of all the carnage and primeval evil found in Crichton’s bestseller.

Spielberg’s early films were all about how close awe and terror are, sometimes even occurring simultaneously. I was hoping for that same approach in “Jurassic Park,” and since it wasn’t the movie that I wanted it to be (which is an unfair barometer for films), I didn’t like it. “Jurassic World Dominion” doesn’t set that right, but it attempts to balance those tones more than the previous three “Jurassic” installments. The problem is that’s just one of the myriad other objectives of the film, which includes paying off plot threads from the previous entry that no one cared about; weaponizing nostalgia by bringing back Goldblum, Sam Neill and Laura Dern; showcasing new dinosaurs to horrify and enchant; providing adventure sequences; and allegedly tying up the entire franchise. All these disparate goals and competing interests lead to a very uneven movie with tonal whiplash, as well as differing quality from scene to scene. That means that director Colin Trevorrow’s movie is a constant reenactment of that frogurt scene from “The Simpsons”: “That’s bad… that’s good… that’s bad…”

Much like “Top Gun: Maverick” and “Ghostbusters: Afterlife,” “Jurassic World Dominion” is so beholden to what came before that it forces awkward references and reverence that bog down any new aspects from truly flourishing. DeWanda Wise shines as rogue pilot Kayla Watts, who is arguably the best Han Solo since, well, Han Solo. The actress plays the role pitch-perfect with humor, fragility, curiosity and toughness that makes her utterly compelling. Unfortunately, since there are a bunch of other storylines and emotional beats playing out around her, Wise’s screen time is limited. And while there are plenty of situations meant to evoke fear for our leads, there’s never a sense that any of these celebrities are in danger. Sure, this is purportedly the end of the “Jurassic Park/Jurassic World” series, but audiences can’t help but sense that killing off these major names will deprive all sorts of future spinoffs and reboots that are 1000% going to happen.

While it’s great to see Neill, Dern and Goldblum easily slide back into the skins of their old characters, and they’re certainly charming in these roles, it introduces an imbalance where you can’t help but wonder if anyone is actually a fan of the first two “Jurassic World” movies. Of course, everything has its hardcore fanbases, but I would bet that most people (including those who like the “Jurassic World” films) just refer to Grady as Chris Pratt and Bryce Dallas Howard as “the lady.” The first three “Jurassic Park” movies are flawed, but there’s at least there’s a genuine sense of the characters creating actual emotional ties and stakes when the dinosaurs descend upon them.

The film isn’t without its positives. For starters, the visual effects are the best we’ve seen since 1993. Combining excellently rendered CGI with a surprising amount of practical work creates textured dinosaurs that give the reptilian characters more weight than they’ve had in the past three decades. There are definitely a few cartoonish moments where these terrible thunder lizards are more Flintstones than fearful, but mostly, it’s a solid execution that is aided by the supplement of animatronics and puppets along with Trevorrow’s smart use of blocking and DP John Schwartzman’s clever shot compositions. There are sequences that exude menace and others that rightfully communicate awe.

Unfortunately, those same dynamics aren’t applied throughout, as there are also a bunch of scenes in the evil corporation and its dinosaur pen that are visually flat, without any sort of flair or sense of purposeful structure. Similarly, there are multiple action sequences that are cut to ribbons, which makes them feel disjointed and lacks the necessary fluidity to give real weight to the scene and excitement to any of the stunts. While “Jurassic World Dominion” is loath to kill people (especially its stars), there is an odd amount of collateral murder that is directly caused by our heroes’ actions. It’s an old complaint that is rarely important, but it stands out in this film because the body count is so small.

All these strengths and weaknesses of “Jurassic Park Dominion” are encapsulated in the evil corporate magnate, Lewis Dodgson. Campell Scott plays the antagonist as a frazzled Silicon Valley figure without any real social skills who belies grand visions. He suggests that he’s just a quirky guy trying to do Good in the world, but his craven greed is never that far offscreen. His bizarre interactions with others are funny and captivating and unlike much that has been seen before. However, Dodgson has confrontations with other characters that should be emotionally cathartic, but because the relationship dynamics haven’t been established between them at all, we feel nothing while watching the scenes.

The sixth entry in the world of resurrected reptiles is a bizarre mash-up of all sorts of cinematic DNA and narrative priorities. Even at 146 minutes, the film’s script by Emily Carmichael and Trevorrow feels overstuffed, without much room for any specific story element or character to fully breathe. Each one gets a moment to shine but only before it is promptly rushed off the stage for a new sequence of lesser quality. That start/stop feeling of good moments followed by bad moments strands “Jurassic Park Dominion” in place, frozen in an amber of confused intentions and mixed results.