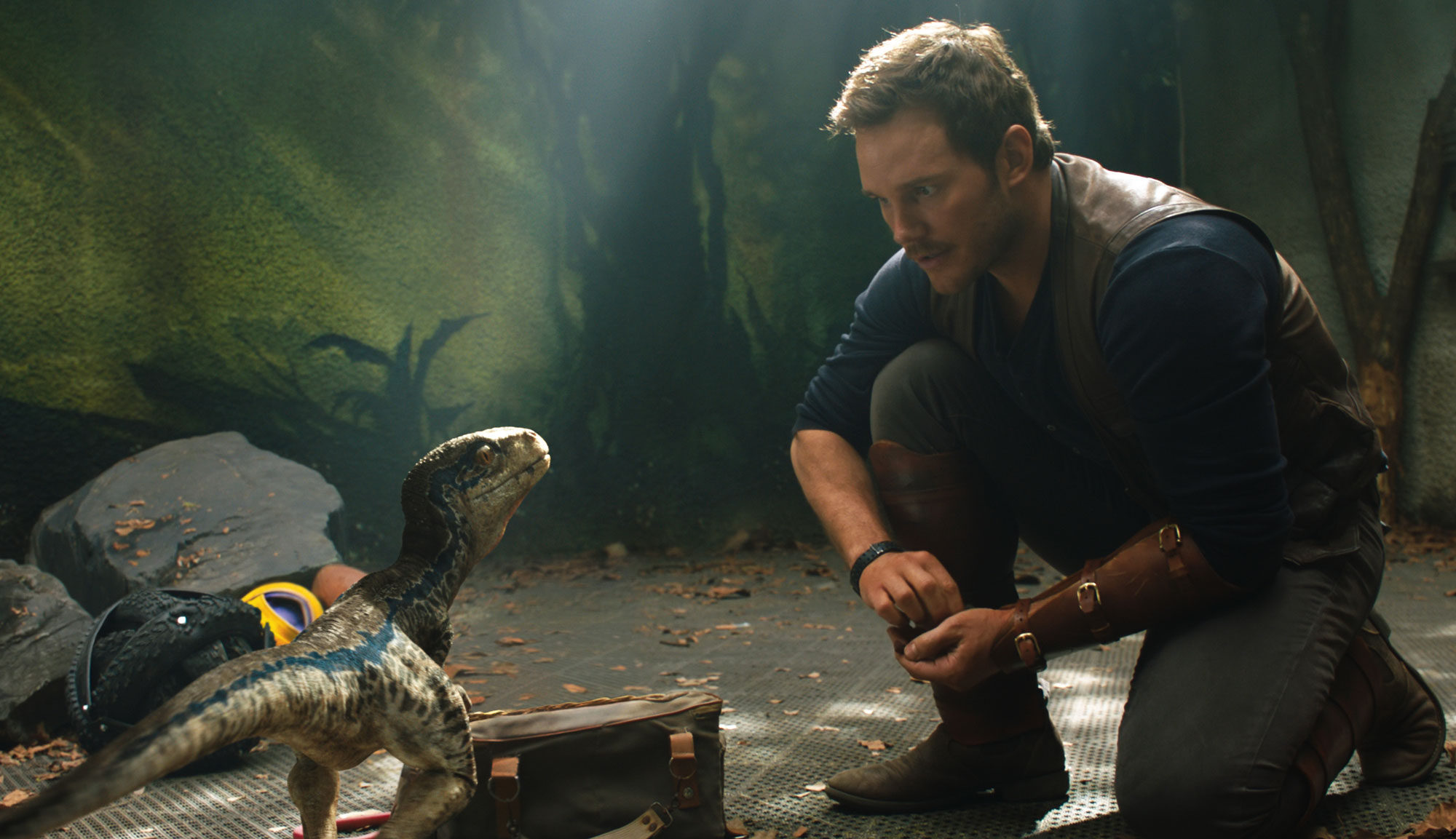 Not every film has to follow the same structure or adhere to one form. There are many times when filmmakers are looking to subvert expectations or wish to experiment with the normal narrative format to elicit a unique emotional response from audiences. The possibilities for telling stories with film are endless; there are an infinite number of ways of mashing up narrative, perspective, imagery, sound and so much more in a way that will produce a singular experience for a viewer. However, when creating a movie for general audiences and not looking to experiment with or comment upon narrative expectations, it’s okay to use standard storytelling structures to increase emotional impact and create logical throughlines that people can follow and care about. “Jurassic World: Fallen Kingdom” has fun moments, stylish sequences and cool imagery but is ultimately undone and undercut by a script that has no emotional weight and makes no logical sense. Every moment of joy or escapist entertainment rings hollow because there is nothing emotionally connecting viewers with the action on screen.

It’s been three years since the events of “Jurassic World,” and people are still debating what to do with the prehistoric denizens of Isla Nublar. Claire Dearing (Bryce Dallas Howard) is working to save the dinosaurs as a volcano on the island has gone from dormant to active in a short span and now threatens all of its inhabitants. While most are content to let the resurrected animals go extinct again, Eli Mills (Rafe Spall), the representative for John Hammond’s former partner, Benjamin Lockwood (James Cromwell), approaches Claire with an offer to get the dinos to safety. In order to save the raptors, though, Mills asks Claire to employ Owen Grady (Chris Pratt) to recapture the animals he raised and trained many years ago. It’s a race against time as Claire and her team try to save the endangered dinosaurs, but there seems to be a different plan hatching alongside the rescue mission.

Director J.A. Bayona (“The Orphanage,” “A Monster Calls“) tries his best to elevate the ramshackle script by Derek Connolly and Colin Trevorrow, but there’s not much he can do with “Jurassic World: Fallen Kingdom.” Bayona deftly injects spectacle and tension where he can, and he transitions from an action/adventure film into a thriller in the final act fairly well. But so much of the failure of the film lies in the script. No character goes through anything approaching an arc. Sure, some of them learn something new about the world or themselves, and they experience the events of the movie, but none of it seems to change anything about their character in any way. The “hero’s journey” is a cliché in storytelling – particularly in film – but it can still be an effective (and easy) way to connect with audiences on an emotional level so that there’s some level of stakes.

Howard, Pratt, Spall and the rest of the cast are all fine in their roles, but they’re never elevated beyond their perfunctory roles. Pratt is the roguish hero, Howard is the do-gooder looking to atone for past sins, Spall is the creepy businessman, etc. They are all serviceable but have zero interesting character traits or memorable moments. The dinosaurs receive somewhat more nuanced personalities as they are more unpredictable. And with an emphasis on more animatronic/practical effects for the dinosaurs, there is a sense of life in a few scenes that makes their ordeal affecting.

Additionally, the plot is convoluted and the antagonist’s scheme makes no sense; it’s an expansion on the previous film’s sinister plans, and in both cases, it doesn’t hold up to five minutes of scrutiny. There are fun callbacks to previous “Jurassic Park” entries, including a cameo by Ian Malcolm (Jeff Goldblum) and a shout out to a “Jurassic Park” parody from “The Critic,” but these moments are few and far between in a lazy script that introduces new characters but doesn’t even give them the stereotypical characterization. There is no depth to any of these people and no journey that they are on, and thus there is no grounding the events in reality or honesty when the dino-mayhem begins.

When dealing with populist, escapist fare like a summer blockbuster, it’s understandable for a movie to go a simplistic and cliché route of telling a story. The three-act structure coupled with the generic story arc is tiresome, but it at least provides a backbone of some emotional interest that endears characters to viewers and provides a clear line from beginning to end. “Jurassic World: Fallen Kingdom” has a shaky three-act structure but no character development, and as such, it never properly engages the audience.

The film isn’t doing this to be avant-garde or shake up what people think of as “narrative,” because the rest of the movie is incredibly predictable and on-the-rails. Instead, it is merely evidence of the shortcomings of the script that produces a flat cinematic event where the director has to fight against the screenplay to produce moments of spectacle or elicit any sort of emotion from viewers. It’s an awkward and ill-planned film that required a lot of tweaking before cameras ever started rolling, but in this blockbuster franchise mindset, they needed something to pump out a sequel. Unfortunately, as someone once famously said, they were so preoccupied wondering whether or not they could that they didn’t stop to think if they should.