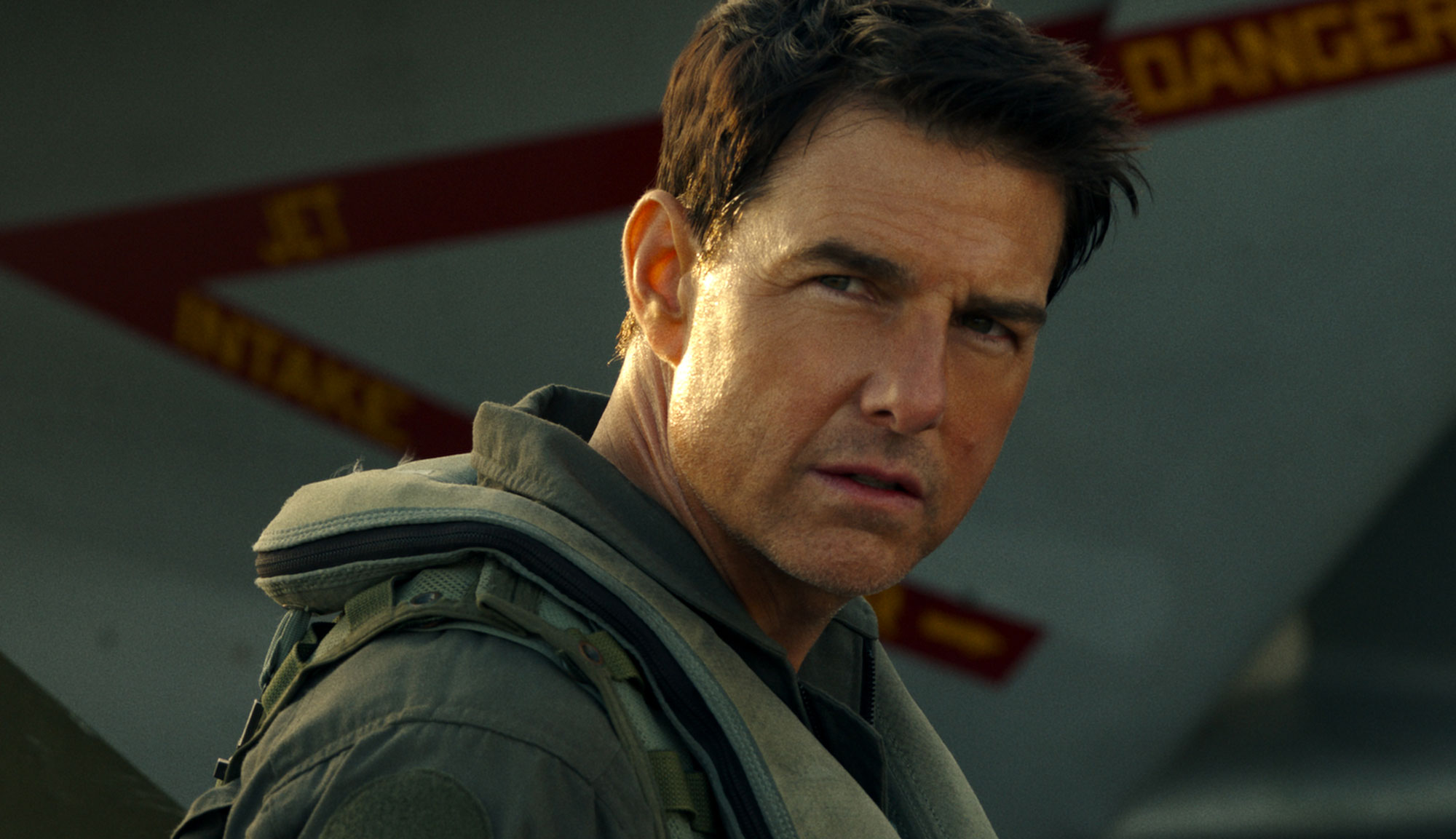 Sequels have to walk a thin line between giving people what they liked in the previous entry and adding to it in a way that feels original and naturally expansive. Rebootquels, which “Top Gun: Maverick” certainly is, have to remind people why they loved the original property and allow for time to march on without also retroactively ruining said property. But there comes a moment in the vast majority of these rebootquels where the nodding becomes so omnipresent and insistent that it morphs into aggressive yet hollow headbanging. “Top Gun: Maverick” is 131 minutes of retreading in the vein of “The Chris Farley Show”: “Remember when Maverick buzzed the control tower? That was awesome.” For those that want “Top Gun” but more (and therefore, contradictorily, less), this movie is perfect. But if people don’t want to be smothered by nostalgia, they best look elsewhere.

Whole sequences, lines, music cues, costumes and more are repeated throughout the film. It’s meant as either a reminder or an echo, but it lands like a fanboy refusing to take his toy out of the box. It’s meant to be a plaything, not a museum piece, but director Joseph Kosinski is so afraid to break anything that he just regurgitates everything. Screenwriters Ehren Kruger, Eric Warren Singer and Christopher McQuarrie all know better and have proven deft at writing both original scripts and sequels, so why is this film so slavish to the first “Top Gun”? While the general audience members seemed to lap it up around me, I was sickened that the opening sequence is almost shot-for-shot the same montage set to Kenny Loggins’ “Danger Zone.” People seemed thrilled to be revisiting the moment, but what a good film does is reinvent — to capture that same spirit but in a way that departs from the literal storyboard of its predecessor. There are multiple such sequences lifted wholly from the 1986 movie that offer up a blanket of nostalgia, but it becomes a straitjacket that refuses to evolve or grow.

A cavalier attitude and distaste for authority have stranded Pete “Maverick” Mitchell (Tom Cruise) at the rank of captain for 30-plus years. On the brink of a dishonorable discharge, Maverick is drafted by Adm. Beau Simpson (Jon Hamm) and Adm. Solomon Bates (Charles Parnell, reprising his Warlock role) to train an elite squad of Top Gun graduates in preparation for a dangerous mission that involves bombing a site that’s enriching uranium. (Like the previous movie, no actual countries are named, and the fact that these actions would set off major military conflicts goes unmentioned.) Amongst the cocky crew of younger pilots is Hangman (Glen Powell), the cockiest and best of the bunch; Phoenix (Monica Barbaro), the token female pilot; Bob (Lewis Pullman), the awkward, nerdy navigator; and Rooster (Miles Teller), the orphaned son of Maverick’s dead co-pilot/friend Goose. Tensions mount as the mission gets close and… well, you basically know how this will all shake out.

Despite its suffocating adherence to nostalgia, there are many impressive elements to “Top Gun: Maverick.” Chief among them is the practical use of jets, with Cruise and others piloting the aircraft, pulling outrageous G’s and executing mind-blowing stunts. Not since Houdini’s old films atop biplanes have such feats been captured. Sincerely. But what’s the point of cultivating that aspect of realism if everything else is an emotional blue screen? Apparently, you can teach actors how to maneuver a ridiculously complex machine but can’t show them how to navigate anything resembling real human emotions. “Top Gun: Maverick” is another in a long cinematic history in which the military is made up of headstrong individuals who buck at orders and authority, and that’s why they’re always victorious. It also glances at the current use of drones and then finds narrative reasons to sidestep the whole conversation rather than engage in the morality and philosophy of saving pilots from such danger while also removing humanity from such missions.

Reducing the characters to a few descriptive words may seem harsh (especially in the case of Barbaro’s Phoenix), but it’s really all that is given to them. The young actors find places to imbue their natural talents and energies (especially Powell and Pullman), while Hamm exceeds as the no-nonsense admiral watching over the group of loose cannons. The best moments of the rebootquel are when new characters experience new situations while also engaging in spectacular aerial stunts, but that synchronicity is few and far between.

In addition to the new pilots, Jennifer Connelly is inserted as Maverick’s love interest Penny, who’s mostly there to provide backstory and continue the tradition of dispelling the homoeroticism that was actually the most interesting part of the 1986 movie. At the end of the film, she’s dressed almost identically like Kelly McGillis at the end of “Top Gun,” which isn’t just more boring nostalgia but has an off-putting implication that all of these people around Maverick are interchangeable, even the women he loves.

While it was a massively flawed film, at least Kosinski made “Tron: Legacy” his own. That movie had numerous callbacks as well, but it also had a new visual language and new characters that didn’t just feel like carbon copies of the ones that came before. “Top Gun: Maverick” is basically “Top Gun” wearing a pair of those Groucho Marx glasses with the fake nose and mustache. It’s a ramshackle exterior change that doesn’t even disguise the core of itself. When the planes are the most expressive and emotionally engaging part of the “human” story about fear and life choices, perhaps a mistake or two has been made. Nostalgia is meant to soothe nerves and placate people as it wraps its comforting arms around you, but in “Top Gun: Maverick,” those arms become a chokehold that increases anxiety by suggesting that we are permanently stuck in the amber of yesterday.