Trending
You are at:Home»Entertainment»Movies»Movie Review: “Men” 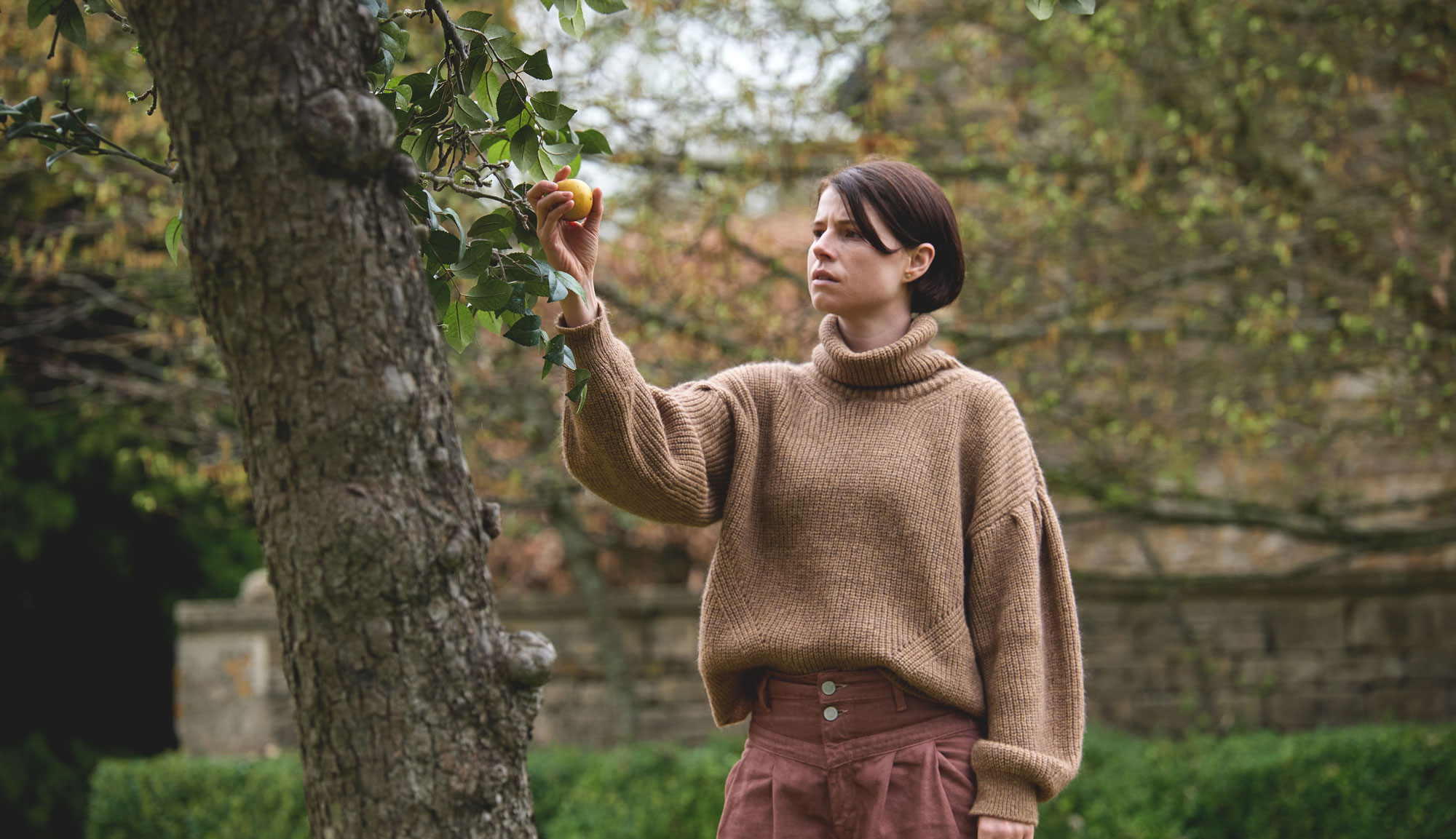 In writer/director Alex Garland’s new film, “Men,” Jessie Buckley stars as a young woman named Harper who escapes from her city apartment to a rental house in the English countryside. The property’s caretaker, Geoffrey (Rory Kinnear), is an awkward bumbling sort, which is a fair sight better than most of the other dodgy village people whom Harper encounters. Besides the memories of her ex-husband (Paapa Essiedu) and the occasional FaceTime call with her friend Riley (Gayle Rankin), Harper’s sole companion is the silence and solitude in the lush pastoral area. But the townsfolk seem unaware, or unintentionally ignorant, of the sinister streak that runs through their otherwise idyllic hamlet. Harper endures this silently turbulent situation as reality sheds its skin to reveal something far darker underneath.

It’s curious that most of Garland’s work has centered on female characters occupying a space that men usually dominate. “Ex Machina,” “Annihilation,” the TV show “Devs” and now “Men” feature women piloting systems created by men who seek to control those who wander inside it. With the previous three works, Garland has suggested that the best way to navigate these patriarchal constructs is to destroy them completely and create wholly new systems that defy such artificial binaries. “Men” has a slightly different throughline but is still very much about the gendered world in which we live and the identities adopted within it. It’s engaging subject matter that touches on the psychological, physiological, sociological and even philosophical, but Garland wisely injects odd humor, grotesque weirdness and chilling imagery to prevent “Men’ from feeling like some educational exercise.

Buckley does incredible work in the lead role, though she’s starting to develop a habit of playing characters who leave a relationship and enter into some form of mindfuckery (see also “I’m Thinking of Ending Things” and “The Lost Daughter”). Still, Harper is a singular creation who adroitly walks the line between capable badass and perfect prey. Her fear is palpable, but so is her hope, sadness and rage, which makes for a truly engrossing character who feels real amidst this utterly surreal situation. Kinnear shines brightest for the range he brings to “Men,” presenting different shades of the same creature underneath it all. Those various angles can be a bit close to each other, but that’s mostly the point of his character — the singular split into the many, all drawing from the same roots.

Garland propels “Men” with hefty doses of folk horror before swerving into body horror in a smart switch that goes to the microcosm/macrocosm aspects (flora is fauna and vice versa). The lush greens of the pleasant forest that falsely suggests a haven or reprieve are replaced by the darkness of a woodland without any lights beyond the moon and the stars. And that organic environment is itself abandoned for the crimson shadows of the third act in a transition so smooth that audiences won’t even realize it’s gone in that direction until long after they’ve watched the film. DP Rob Hardy uses various lenses and frame rates to deliver these colors and shadows in different depths that alternate between photorealism and decadently stylized. Composers Geoff Barrow and Brian Salisbury further this approach by blending their usual electronic sound with baroque tones and mixed vocal loops that again marries two worlds into one thing that can strike as pleasant or discordant as they see fit.

“Men” is an A24 horror film, which may immediately mean something to viewers. The indie studio puts out fantastic movies, but their trailers (specifically for this genre) almost always seem to sell completely different tones. It is more than likely that the weirdness and cerebral aspects of “Men” will be off-putting for many, especially audiences who go in expecting jump scares or something far less methodical, and that the reputation of Garland’s new work will be sullied by this feeling of unmet expectations. And while these philosophical musings and cultivation of themes birth wondrous thoughts and conversations, some of the thematic elements lack the subtlety found in other parts of “Men,” which makes it feel repetitive and condescending.

The only other male writer/director who utilized female protagonists and spaces as much as Garland is the late anime filmmaker Satoshi Kon. In movies like “Perfect Blue,” “Paprika” and “Millennium Actress,” Kon explored identity’s relationship to the world around these women — the faces they wore in different circumstances that were either wholesale inventions or just them accessing cordoned-off pieces of personality. Garland takes that same overall setup but places it on the opposite side of his leads. Now it’s the antagonists with the shifting personalities and characters underneath the same mask. By doing so, the filmmaker still focuses on the feminine morphing of outward identity, albeit now in a reactive stance. It’s powerful, heady stuff that is accompanied by disturbing sequences built around memorably creepy images. The terrific performances also fuel this nightmare descent into a land devoid of reason, but such a plummet may be too slow to keep audiences rapt. “Men” may not be holding up a mirror to the people you think it is, but that’s okay, as the reflection remains a beautifully repugnant sight.