Trending
You are at:Home»Entertainment»Movies»Movie Review: “Annihilation” 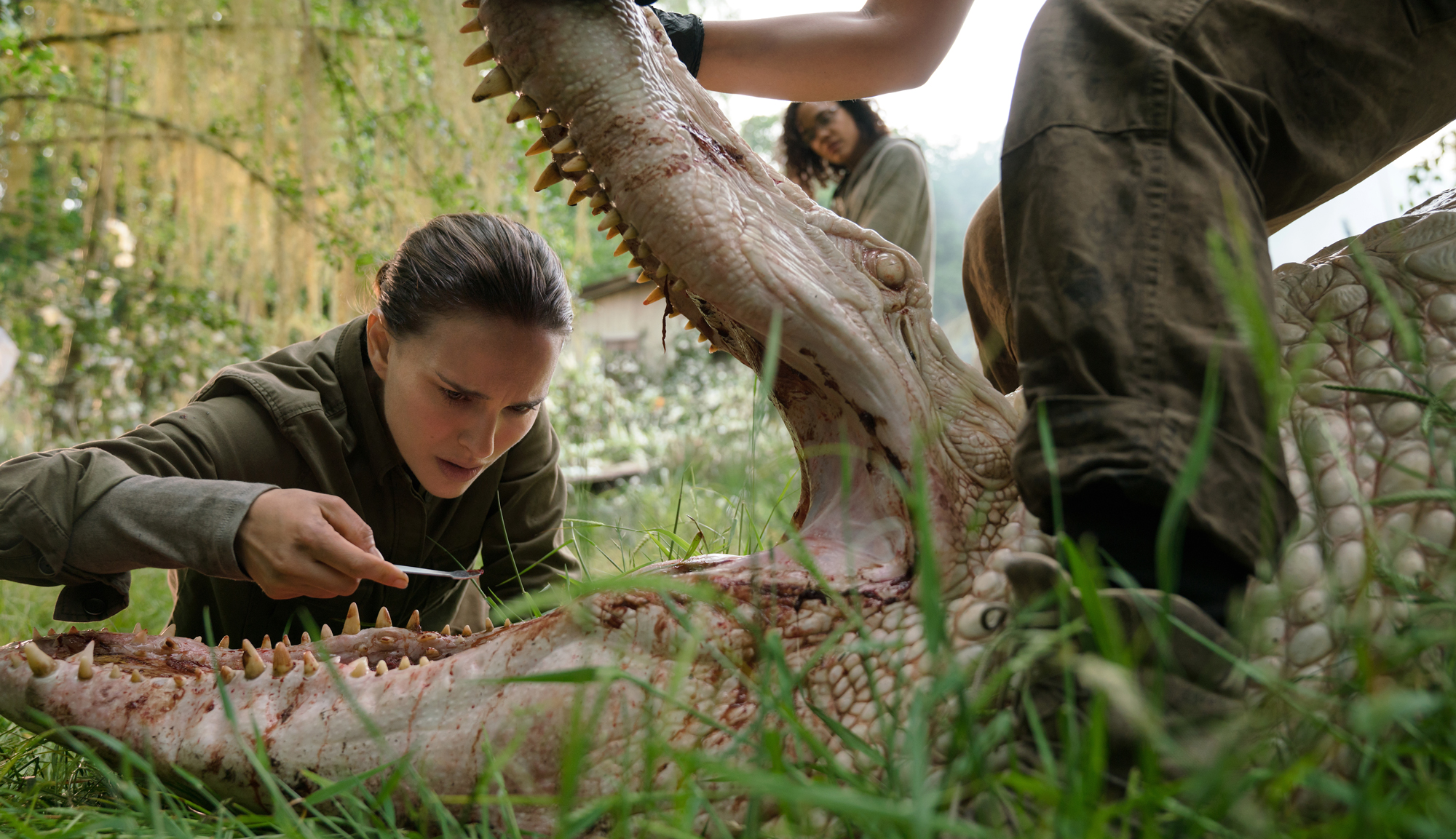 Cancer is life. That’s a weird concept to wrap one’s head around, especially for those who have seen the ravages of the disease. But at its core, cancer is growth, spawning new cells and branching off, replicating at an accelerated rate. These happen to be the wrong cells in the wrong place that do people harm, but this often fatal affliction is based on the idea of propagation, of unchecked growth that can be harmful to the host body. The flip side of this is the idea that every breath someone takes is one breath closer to death. Unbeknownst to everyone, the preservation and sustentation of their existences is the very act that draws them nearer to their grave.

This may all sound like the philosophical musings of a morbid stoner, but the duality of life and death intertwined is a fascinating thought. That fragile line that separates the healthy from the harmful lies at the heart of director Alex Garland’s superlative “Annihilation.” A sci-fi exploration of a brave new world in the outer reaches of what’s possible on this planet and in people’s minds, the film is a masterful journey into strange new territory that is equal parts beautiful, frightening, mysterious and wholly captivating. Following the great success of “Ex Machina,” the filmmaker has created another instant classic in the genre.

After a year without any word from her soldier husband (Oscar Isaac), former soldier turned biologist Lena (Natalie Portman) is shocked to discover him in their house. But something’s wrong, and she quickly learns the truth of his last deployment: There is a part of the world where a meteor landed that’s different from anywhere else, and no one has left since. In order to save her husband, Lena ventures into this area, called Area X, with psychologist Ventress (Jennifer Jason Leigh), EMT Thorensen (Gina Rodriguez), physicist Josie (Tessa Thompson) and scientist Sheppard (Tuva Novotny). But in Area X, everything is altered, from the wildlife to the light, and those alterations soon begin to take hold of the group’s grasp on reality.

“Annihilation” is an excellent slice of sci-fi goodness that reaches from the outer realms of the galaxy into the innermost recesses of the mind. Garland, who also adapted the screenplay from the book by Jeff VanderMeer, has crafted a beautiful film that visits an alien terrain while remaining very human and personal. There are echoes of “Solaris” (both the Tarkovsky and Soderbergh versions), “Stalker,” “The Man Who Fell to Earth” and John Carpenter’s “The Thing” in this movie, but it never feels like an assemblage of homage or too familiar, instead producing something wholly unique. As the landscape becomes weirder around them, the explorers begin to feel and reflect those changes in their own minds and bodies; so too does the audience as they are taken on a bizarre journey that examines the fine line between creation and destruction.

Portman, Leigh and the rest of the cast do stellar work traversing this world. Their characters are not cookie-cutter archetypes but instead nuanced versions of familiar tropes that reveal hidden sorrows within each. The performances are matched by exquisite cinematography, set design and special effects that combine to make something feel slightly different and weird while remaining grounded in reality. There are numerous shots of light filtering around characters, or the audience sees them refracted through glasses of water or panes of glass, that are beautiful but also attest to the weirdness that is slowly unfolding.

This film is not for everyone. Some may find the pacing too slow, frustrated by a methodical approach to a journey to the heart of something bizarre, destructive and wonderful. Although there are few “action” scenes, the thrills from the movie come from a creeping unease as transformations set in and reality folds in on itself. The culmination of the film is a powerful and mysterious climax that people will debate in theater lobbies, online and in classrooms for years to come, but may lead some to feeling unsatisfied. However, the trek is worth taking because it is so gorgeously rendered and tackles strong themes that make it a heady trip for the senses.

For a period of time, westerners working on Buddhist texts from Asia mistranslated “nirvana” as “annihilation.” The idea that the ultimate goal of a religion was to be freed from repetitive existence became synonymous with achieving total nothingness. Which makes some sense within the Buddhist framework – it is, after all, only by eliminating the confining walls of the self that the enlightened are able to open themselves up and experience the world in a pure and true manner. This culmination of a journey – ultimate sensations being conjoined with the idea of complete eradication – is very much a part of “Annihilation.” Garland has created a dense but accessible film that marvels at the beauty that can come with destruction and the pain that comes with creation. Through powerful imagery, stellar performances and a mind-bending, mysterious version of reality, the filmmakers have crafted a great piece of science fiction that will last for many years. There are no easy answers in “Annihilation,” no simple path towards the truth, but the journey into Area X and into the mind is rewarding nonetheless.