Trending
You are at:Home»Entertainment»Movies»Movie Review: “I’m Thinking of Ending Things” 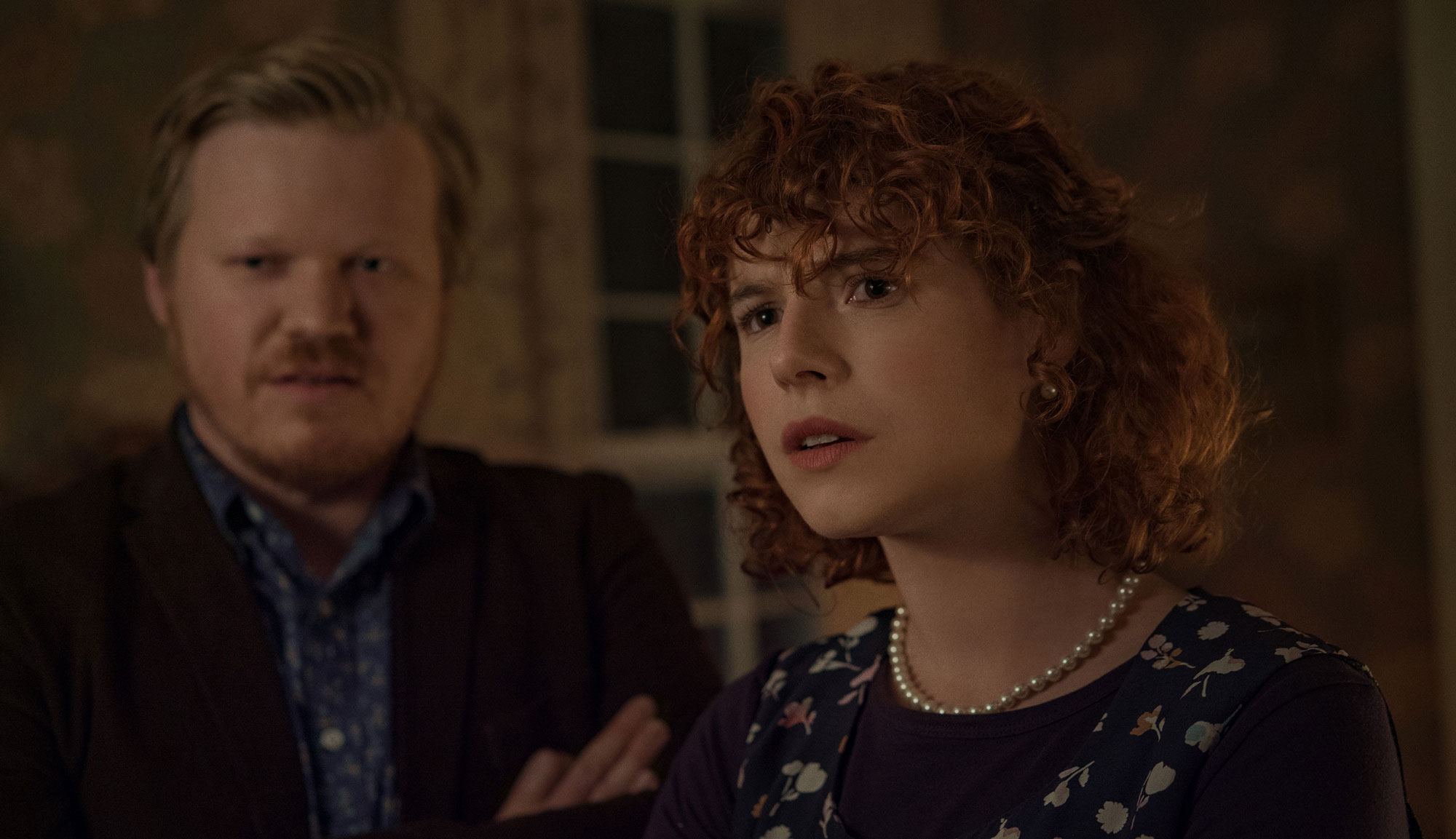 Meaning is a slippery subject in Charlie Kaufman’s new film, “I’m Thinking of Ending Things.” Indeed, those are the first words of the film, spoken in voiceover by a young woman played by Jessie Buckley as she waits for her new boyfriend, Jake (Jesse Plemons), to pick her up for a trip out to his parents’ farmhouse. You think for a second that she’s talking about taking her life. You later believe that she’s talking about this doomed relationship she finds herself in. And further still, as the reality of the film undulates and sloughs away in all different directions, you think that ending things may indeed be far more metaphysical. The trickery of this — the way words can mean many things in many contexts, and the way we reference the words of others that we’ve read or seen or heard until we don’t know what’s truly ours anymore — is at the core of this film. It’s the sort of thought experiment that is about everything and nothing in equal measure.

As is so often the case with Kaufman, the setup of “I’m Thinking of Ending Things” seems simple enough. The concept of meeting your boyfriend’s parents for the first time, especially in a new relationship, has been the basis of dozens of stories, but it doesn’t take long to notice the seams tearing and the edges blurring as things turn. Our protagonist is called Lucy, then Lucia, then Louisa with nary a batted eye. Her coat changes colors on a whim. She seems to be receiving phone calls from herself or perhaps from whoever she thinks she should be. Jake’s mother (Toni Collette) laughs for just a little too long at her own jokes. His father (David Thewlis) has a bandage that moves around his head throughout his scenes — a continuity nightmare if it weren’t so clearly intentional. And all the while, a janitor cleans a school and watches them rehearse “Oklahoma!” in the auditorium. None of it makes sense in a linear sort of way, but this is Charlie Kaufman. Linear is, and always has been, the furthest thing from his mind.

A sentence like “I’m thinking of ending things” can create an expectation of dread, and that’s certainly the approach Kaufman takes as he spins his tale. During the extended car ride that opens the film, Buckley’s internal monologue seems to be actively fighting with Plemons as he attempts to carry on a conversation despite utterly failing to inspire her intellectually. She speaks of how well things are going in the relationship but that she’ll likely end it anyway out of a sense of obligation, but watching them interact paints a starkly different picture — one that makes the impending end of their relationship seem like the only path forward. Things don’t exactly get better as they crawl toward the farmhouse in an unrelenting snowstorm, with Jake obstinate in his belief that no matter how bad the roads get, he has tire chains in his trunk, so everything will be fine. And his parents seem to be far too excited that he’s finally brought a girl home. But it’s the little things — the floating Band-Aid, Thewlis’ rubbery physical acting, the childhood pictures that could very well be Lucy or Jake, the dog who can’t seem to get dry no matter how long he shakes himself — that compound the sense of unease that permeates every moment of the film. It’s building to something. That’s undeniable.

It’s that sense of anticipation that can serve to undermine at least some of the work Kaufman is trying to do here as the film barrels forward. This isn’t the sort of movie that ensures everything makes sense by the time the credits roll. That’s not exactly Kaufman’s bag at the best of times, but given the opportunity, “I’m Thinking of Ending Things” doubles down in its third act, ensuring that nothing is left to the text and everything is left to the mind. My understanding is that Iain Reid’s 2016 novel on which the film is based is far more prescriptive in its plotting, and it’s tough to discern just how that approach would have worked here. But that was never on the table because Charlie Kaufman is not that sort of writer. As such, by the film’s end, a lot of the tension can feel more blustery than insightful — a case of being clever or obtuse for the sake of it. That’s not to say there isn’t allegorical content to latch onto here, but not all of it lands as strongly as it could. There will be a large portion of the audience left cold by “I’m Thinking of Ending Things,” and while I don’t find myself entirely on that side of the spectrum, I was caught on the outside looking in more than once. It’s challenging material, for better or for worse.

As a result, “I’m Thinking of Ending Things” seems like the perfect sort of film to slot nicely into the Netflix library. Granted, distracted viewing is certainly not the way to go about watching this one but having it readily available for endless rewatches and analytic viewings will give those who can get into Kaufman’s groove all of the intellectual entertainment they could ever want. Its boxy aspect ratio is well-suited to home viewing, and though Kaufman doesn’t have the visual sensibilities of some of his previous directorial collaborators, some of the film’s dreamlike sequences and magical realism works well enough without the need for a giant screen and immersive sound.

Buckley and Plemons make a good pair at being a bad pair, nailing the sense of social awkwardness of two people trying to make something work that very clearly shouldn’t. But the film’s final stretch is likely to make or break it. If you are on board with where it’s going, “I’m Thinking of Ending Things” could be seen as the transcendent sort of mind-bender that has become synonymous with Kaufman. If it falls flat, it’s likely to be subsumed by pretension, like the overcooked scribblings of a college freshman in his first Philosophy class. I find myself somewhere in between — impressed by the audacity of it all but left out in the cold at the end.