Trending
You are at:Home»Gear»Gadgets»Fiction and documentary: The difference from a filmmaker’s perspective 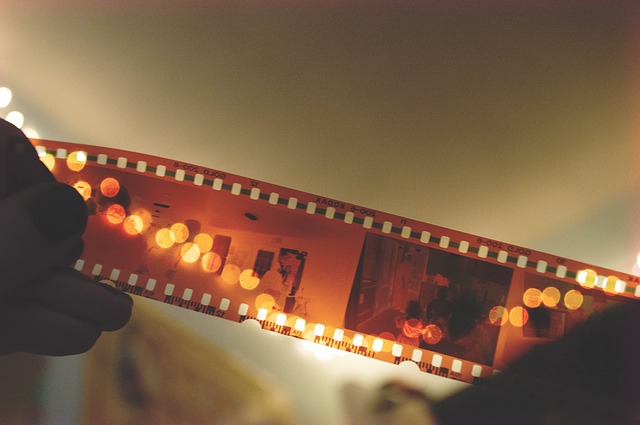 It’s often said that fiction is crafted on the page and documentaries are crafted in the edit. This has led some filmmakers to describe documentary making as the process of making a film backwards, though in truth, the degree of creative control exercised at each stage depends to a significant extent on the individuals involved. Some documentaries begin with a script, though very few stick to it. Each involves a different set of risks: the ultimate outcome of documentary work can be difficult to predict and therefore difficult to finance, but that flexibility also means it’s much easier to salvage if a key player pulls out. If you’re keen to get involved in filmmaking and you’re wondering which would work best for you, these are the key differences you need to consider.

When you’re making a fiction film, you need to find the right people to fit each role and you need to work with them to develop their understanding of those roles as well as the chemistry they need with one another. When you’re making a documentary, you have to engage with real people, and, depending on your subject, you may be able to pick and choose personalities which fit together, or you may need to do your best with what you can get. Either way, directing a documentary involves drawing out and framing what’s already inside your participants, as opposed to developing something new. in either case, you may meet with resistance and discover emotional territory which they are reluctant to enter. It’s your job to try to help them get past that without putting them at undue risk. Katharina Otto-Bernstein’s Absolute Wilson and Werner Herzog’s Into the Abyss are great films to study if you want to get a feel for how this can change the fabric of a documentary.

In traditional fiction filmmaking, production design usually begins to develop during storyboarding and is almost all in place before the actors begin their work. Aside from a handful of science fiction and horror films, there’s relatively little left to be done in post. Even with entirely digital works such as Nicholas Ashe Bateman’s The Wanting Mare, the actual design elements have usually been planned out first. With documentaries, it’s very difficult. Unless you’re shooting talking heads in a studio, you’ll generally have to work with whatever you’re given, picking locations and angles at very short notice. You may use props or portable backgrounds or simply improvise with whatever is lying around to create a sense of stylistic continuity.

Unless you’re shooting a fiction film set in an extreme environment or in fierce weather, the technical side of shooting tends to be much more challenging in documentaries. Yes, theoretically, you can play it safe in a studio if that works with your theme and your participants can work with it, but most of the time, you’re going to need to visit sites, and doing so tends to make for a more interesting film. With this in mind, you need to be ready for all sorts of difficulties, from ambient noise to acute shifts in the background soundscape to inconsistent or even flickering light. If not handled correctly, problems like this can ruin your film. While you can often fix the worst of it in most cases, you may lose auditory or visual depth in the process. You’ll need good quality equipment, strong contingency planning and a willingness to innovate, but every shoot will be a learning experience.

Although occasionally a film reaches the editing stages almost fully formed and with plenty of cutaway footage available to give you options, more often than not, there are gaps. Scenes may not have turned out as well as you thought, or you may realize that you need something extra to make the narrative clear. In these situations, fiction is far more of a challenge. You may need to retrieve cast members for reshoots and ensure that you get the continuity just right, which is tricky if, for instance, your lead actor has grown a full beard for another role and won’t shave it off. Henry Cavill’s Mission Impossible: Fallout mustache had to be digitally removed from pick-ups for Justice League, at great expense, and it still doesn’t look very good. In documentaries, by contrast, all sorts of options present themselves, from intertitles to animated sequences, the use of archive footage or simple narration over still images of a relevant location.

Finding a truth versus creating one

In the end, both documentary and fiction filmmaking involve a journey of discovery, but the process is difficult. Documentaries are geared towards investigation and revelation, fiction towards structuring new events which reveal their own truths, whether serious or comedic. You will need different skills for each, but working on one will enrich your understanding of the other.