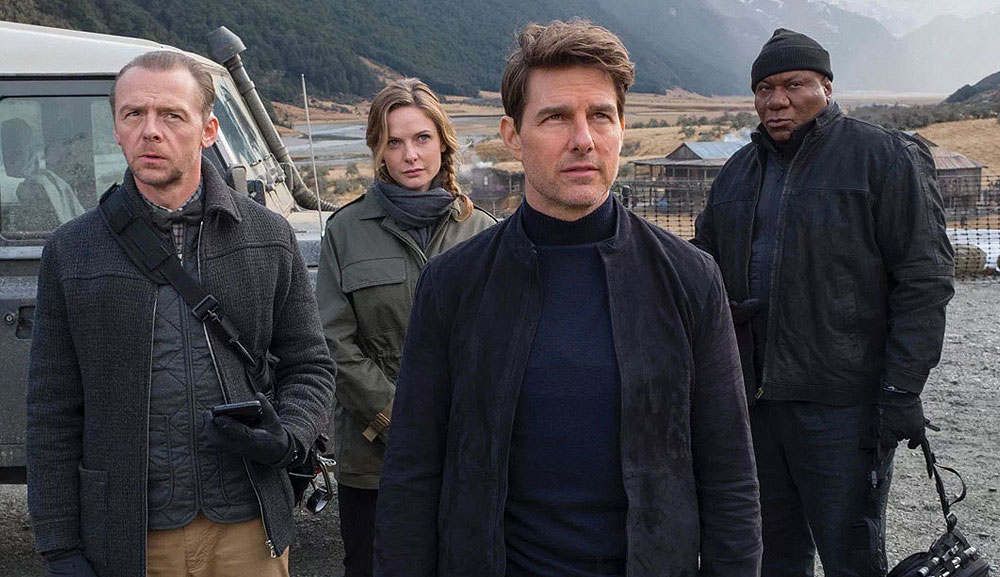 It wasn’t until the ‘90s that the studios learned how to cut a decent trailer. Here, look at the trailer for “The Princess Bride.” That is one of my all-time favorite movies, rendered unwatchable by a shit trailer. By the end of the ‘90s, the trailer editing had gotten so good that they were able to make “Wild Wild West” look amazing. No, really.

They did run in to one teensy problem, though. As the CGI improved, more and more money shots wound up going into the trailer. By the time a film hit theaters, moviegoers who were enticed by the killer trailer felt duped, because the full-length film had nothing more to offer. The trailer became the film, and the film became a bloated, Criterion Edition director’s cut of the film. Thankfully, this problem has been corrected over time. Marvel, for one, has gotten ridiculously good at filling their trailers with wow moments while saving plenty more for those who pay to see the film.

“Mission: Impossible – Fallout” is a bit of a throwback to those ‘90s days in that the first official trailer gave away so many of the film’s best moments that they included scenes that didn’t make the final cut. As hard as it is to believe, there is arguably more action in the trailer than there is in the film it’s meant to promote. That’s an exaggeration, but you get the point; Paramount overplayed what it has here, which is a shame, because it’s one of the better “M:I” films to date. Why they felt the need to go full frontal in the trailer is anyone’s guess. Goodness knows, they didn’t need to.

IMF Agent Ethan Hunt (Tom Cruise) receives a new mission, two years after the events of “Mission: Impossible – Rogue Nation.” A group of former Syndicate agents have rebranded themselves the Apostles and are hell-bent on creating a new world order on the ashes of the existing world order. Ethan’s group is assigned to buy three plutonium cells that the Apostles intend to use in a massive strike, but the exchange is hijacked and Ethan, forced to choose between securing the plutonium and saving the life of longtime partner Luther (Ving Rhames), chooses Luther and loses the plutonium.

The CIA is understandably unhappy about this and, given Ethan’s tendencies for doing the rogue thing, new CIA director Erica Sloan (Angela Bassett) assigns August Walker (Henry Cavill) as a ride-along in Ethan’s attempts to reacquire the plutonium. The original plan involves assuming the identity of Apostles leader John Lark, a man whose identity is so secret that there isn’t a single intelligence agency in the world with a photo of him. Surely, nothing can go wrong here.

Writer/director Christopher McQuarrie knows a thing or two about setting up a big reveal, but it’s a bit shocking to see how quickly he gives it all away here. My 11-year-old son picked up on a shot that lingered just a little too long. That’s right, Mr. “Usual Suspects” couldn’t even fool a tween this time around. That’s gotta hurt, but then again, he was the director as well; he could have shot it differently. He basically owned himself here.

As Father Time tries in vain to catch up with Cruise (since, as we all know, no one can outrun Tom Cruise), the actor goes to extra lengths to prove that he still belongs in the action game. This is easily the most visceral “M:I” film to date, with the bathroom fight scene serving as the peak butt-kicking in a movie where Cruise more or less gets his ass handed to him for two and a half hours straight. When he isn’t fighting, Cruise is diving out of a cargo plane at 10,000 feet (a truly stunning sequence), flying a helicopter like he’s at a demolition derby, cycling the streets of Paris at top speed (and unless it’s CGI, it appears Cruise did most of his own riding), and, of course, running — for two straight minutes, at a full sprint, without losing a step. That last bit borders on self-parody but at the same time is pretty awesome.

The final climax is, well, odd. It’s shot in such a manner that the audience gets a sense of what it feels like to be Luther and Benji (Simon Pegg, doing his finest work in the “M:I” ‘verse to date), wondering if Ethan will be able to complete the mission but not really knowing, and that feels like a frightening, exhausting place. At the same time, it carries the faint whiff of a reshoot (or at least a re-edit) considering the trailer footage that was clearly from the final scene didn’t make the final cut. A more satisfying ending was within their grasp with only a couple extra shots, which makes the decision to end the film this way a curious one.