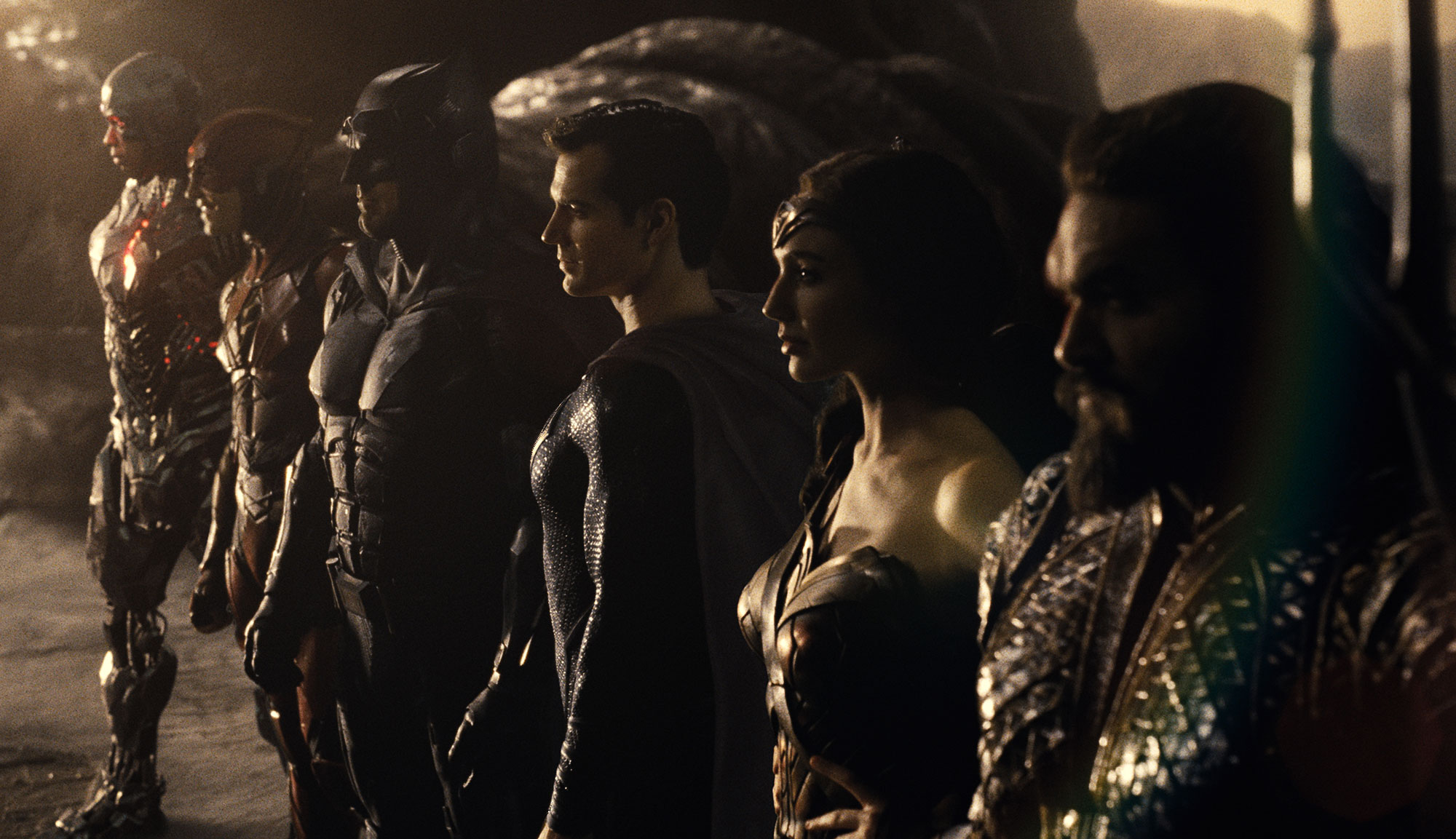 There are numerous instances of films with multiple versions that have divided cinephiles over which one is superior. “Blade Runner,” “Brazil,” “Metropolis” and more have all had drastically different cuts made and screened that alter the story and the movies themselves. There’s even a fairly common practice of releasing “unrated versions” of comedies and action films to add in more swearing and bloodletting. “Zack Snyder’s Justice League” is the latest entry into that hall of infamy, as the 2017 version had massive portions re-written and re-shot by Joss Whedon, who was brought in by Warner Bros. after Snyder left the project following the tragic death of his daughter. However, Snyder fans clamored for the release of the original film, convinced that the artist behind “Man of Steel” and “Batman v Superman: Dawn of Justice” had delivered a better Justice League movie with more brutality and mature themes. And after over three years of campaigning, the rabid fanbase has been rewarded with HBO Max’s distribution of Snyder’s four-hour opus, which expands on existing footage and adds new elements.

To even suggest that it’s simply a different cut would be disingenuous. Make no mistake, this is an utterly new film that vaguely resembles its 2017 counterpart in plot and structure but with a lot more detail and a totally different tone. While it is ostensibly the filmmaker’s original vision, it’s hard not to think that it was revised with these added moments to become more of a film about acting while in the shadow of mourning than initially intended.

Snyder improves a lot of areas from the 2017 release. Cyborg (Ray Fisher) actually gets a backstory and more time with his father (Joe Morton); the Parademons have a much better design; the climactic battle is more engaging; and there’s a lot of beautiful imagery, as Snyder has a true gift for composing shots and visuals. However, all of Snyder’s bad habits are amplified as well. There is so much speed ramping and slow-motion that it feels like someone parodying the director, with at least 30% of the movie’s four-hour runtime composed of slow-motion shots. It’s all meant to convey the significance of the story, but it’s a fake profundity that doesn’t work because the characters aren’t engaging. There are also terrible indulgences of brutal action and a strange amount of setup for future DC projects that makes kind of a mess of the whole cinematic universe.

The “mature” themes present in “Zack Snyder’s Justice League” are the same type of “mature” that would appeal to 13-year-olds. It mistakes being graphic and dark with being older and realistic. But why is it more mature to have Batman (Ben Affleck) dropping F-bombs? And in a movie where superheroes fight interplanetary demonic bug people, can anyone really argue that it’s more realistic to show a ton of blood spray and death? There’s a fundamental misunderstanding of iconography and aspiration at work throughout the movie, like when lines about hope from Superman’s two fathers, Jonathan Kent and Jor-El, play over a scene of Superman choosing an all-black costume (the one he wore in the comics after coming back from death) to become an icon for the world again. This is a film where the world is full of incredible things, but everyone is too miserable to notice.

2017’s “Justice League” is an immensely flawed film. It’s a Frankenstein patchwork of voices and visions that are incongruous to the point of being at odds. “Zack Snyder’s Justice League,” on the other hand, is built on a singular vision and has some cool parts, impressive action and nice character moments, but none of it ever feels fun. Any moments of lightness would be utterly out of place in Snyder’s version because it’s a funeral dirge wrapped up in spandex and capes that’s constantly trying to assure the audience that it’s actually very optimistic. While the script is solely credited to Chris Terrio, it’s impossible to believe that Snyder didn’t contribute in some way. Snyder’s movies make the best trailers because he delivers impressive imagery and action, short bursts of operatic emotion and dialogue that sounds profound. But “Zack Snyder’s Justice League” is a film that takes all of those bits of entertainment, stretches them out and then repeats them for a four-hour experience that often feels interminable.

The performances range from awful to wooden, though it’s difficult to tell how much of that is by design, how much is due to the script and how much is the actors themselves. Despite her familiarity with the character, Gal Gadot is inconsistent as Wonder Woman, sometimes displaying warmth and nobility, and other times delivering her lines with an awkward emotional detachment. Fisher’s turn as Cyborg is pretty bad as well, though it’s hard to say if it’s because all of his lines are awful (they are) or if it’s meant to be a stylistic choice intimating the mechanical nature of his character. Jason Momoa gets some good moments, but only in a few action sequences where his energy and charm are allowed to shine, while Affleck is competent as Batman, even if his voice sounds like he smoked too many cigarettes the night before. Henry Cavill fares the best of the core group, but that’s almost by default and because he has both the least amount of screen time and the least number of lines. Meanwhile, whatever performance Ciaran Hinds originally provided for the villain Steppenwolf is buried under so much voice modulation and cartoonish CGI that it’s no longer identifiable.

Those who constantly campaigned for Warner Bros. to #ReleaseTheSnyderCut will love this film; not only does it fit with what they expected, but three years of campaigning will have convinced them that it was all worth it to get this version. But for those put off by Snyder’s work, especially his DC films, this is basically every bad instinct on full display over a long runtime. “Zack Snyder’s Justice League” isn’t realistic, it isn’t mature, and it isn’t novel, but for better or worse, it is wholly and completely Zack Snyder.