Trending
You are at:Home»Entertainment»Movies»Movie Review: “Scream” 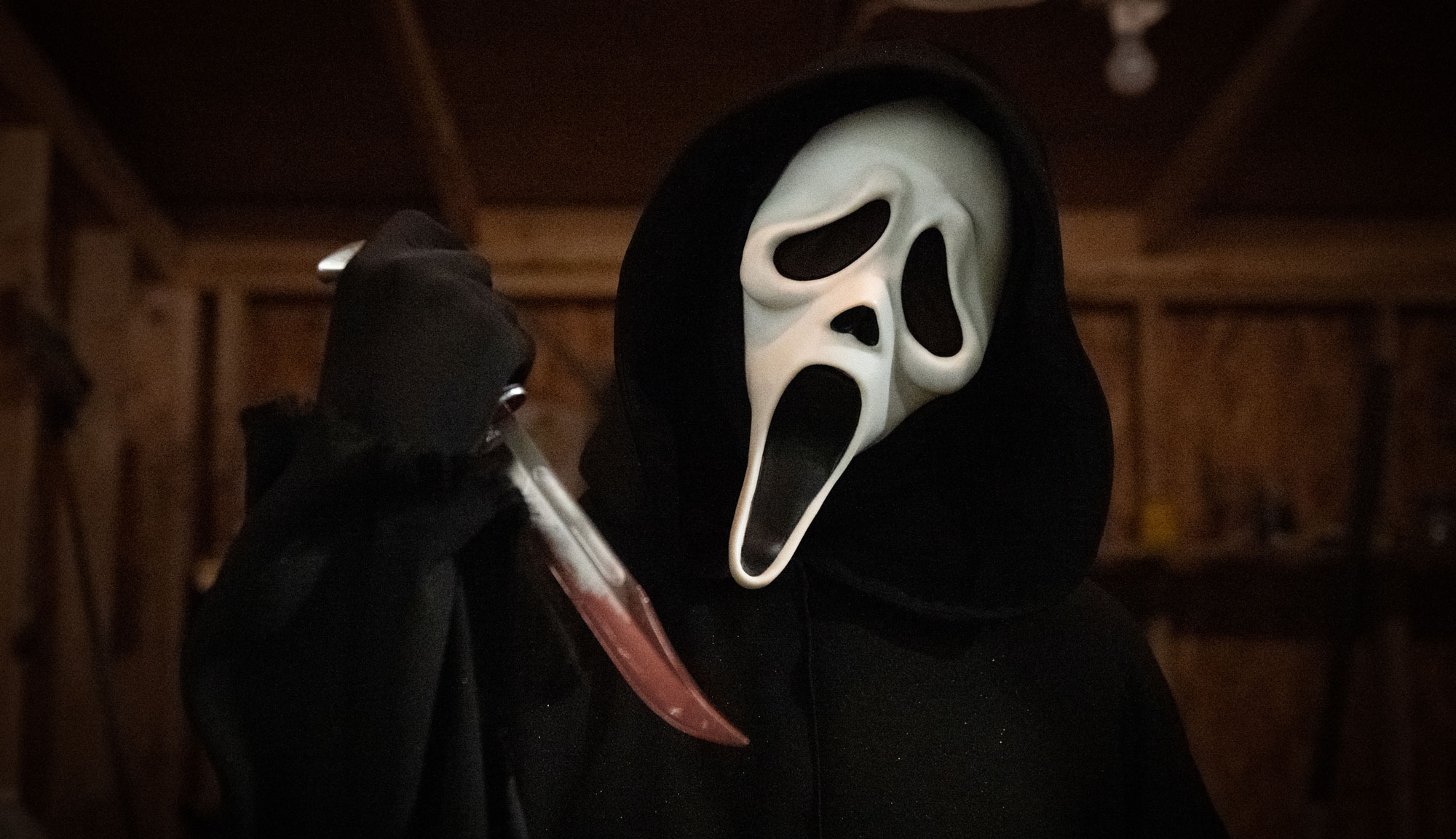 It’s hard to not compare 2022’s “Scream” with “The Matrix Resurrections.” Both films came out in the past month, are new installments after many years since the last entry, feature multiple returning castmates from the original along with some new talent, act as a rebootquel for a popular franchise, and are also metatextual exercises that explore how franchises are now attempting to go forward by simultaneously looking back. The “Scream” and “Matrix” series were always enmeshed with media consumption and permeated with a self-awareness when it comes to storytelling structures and tropes. Ultimately, “The Matrix Resurrections” pulls off the rebootquel better through its sincerity and novel approaches, but “Scream” is a lot of fun. It pairs terrific performances from new actors with gripping sequences of comedy and kills to create a truly engaging and entertaining slasher film. There are some pitfalls, particularly around the ending, that keep it from being more enjoyable, but there’s plenty of inventive horror and clever screenwriting at work that’s matched only by the 1996 original.

In quiet Woodsboro, at least since the events of 2011’s “Scream 4,” young Tara Carpenter (Jenna Ortega) is home alone when she starts to receive threatening phone calls that culminate in being attacked by a figure in a Ghostface costume. Tara’s sister, Sam (Melissa Barrera), rushes back to her hometown, bringing along her boyfriend, Richie (Jack Quaid), and a mix of bad memories and worse secrets. Sam and Richie need to figure out who this new wannabe Ghostface is and why the Carpenters are being targeted, so they turn to local expert Dewey Riley (David Arquette) to help navigate these bloody waters. This also means investigating Tara’s friends, contacting survivors Sidney Prescott (Neve Campbell) and Gale Weathers (Courtney Cox), and learning about the rules of film franchise reboots (or “requels,” as they’re called in this movie).

The first “Scream” entry not directed by Wes Craven, 2022’s “Scream” manages to replicate (and in many ways improve upon) the atmospheres and imagery that permeated those previous four installments. Directors Matt Bettinelli-Olpin and Tyler Gillett strike a balance between the heightened worlds of a meta-comedy and a slasher flick while finding enough purchase in the grounded world to make the events and emotions resonate with viewers. The screenplay by James Vanderbilt and Guy Busick also assists in serving multiple masters without wearing thin, walking fine lines between the enjoyably over-the-top and the necessary human elements to not induce too many eye rolls. Make no mistake: it’s a “Scream” movie through and through, which means that the references aren’t subtle, characters still do dumb things when being chased by the killer, and the drama achieves soap opera levels with misty-eyed monologues and buried family secrets coming to the fore.

Nevertheless, the film makes a solid argument for why formulas can work. Yes, it’s stupid for a character to walk backward for a few minutes because the audience knows what will be waiting just behind them, but then you remember that the filmmakers know this, and they know you know this, so it becomes a clever bit of subverting expectations, sometimes by doing exactly what would be otherwise mocked. The other tightrope that the movie walks is its gruesome killings. Craven’s films had a brutality to their murders that straddled a sort of real-world ferocity with a mean-spirited amount of torturing these beautiful young characters. Bettinelli-Olpin and Gillett continue this trend by having moments that feel downright cruel in their savagery but don’t necessarily delight in the torment of these people. That harsh violence works well to offset the meta knowledge of horror films and numerous comedic bits to permeate “Scream” with a very real sense of danger.

The cast all shine, though some are given much more to do than others. Barrera, Ortega and Quaid deliver impressively captivating performances that feel authentic, even amidst the melodrama and homicide. Dylan Minnette, Jasmin Savoy Brown and Mason Gooding are also good as Tara’s hip but jaded friends; they are clearly all built on high school archetypes, but the screenplay and their acting infuse each with a real personality that’s endearing and enjoyable. Most of the returning players don’t really have anything approaching an arc. However, there are some surprising appearances and nods, and the three mainstays of the franchise (Campbell, Cox and Arquette) each get at least one moment to shine, with Arquette getting probably the most compelling storyline and delivering the best performance of them. It’s hard to say if this latest entry will resonate with those unfamiliar with the other “Scream” movies, and very little is provided as to why new viewers should care about Sidney or Gale.

That ties into the film’s biggest weakness (and the hardest to discuss), which is the ending. “Scream” has always harkened back to the early ‘80s heyday of slasher films, where most operated as Giallo-esque whodunnits but with American youths filling in for upper-class Italians. So, part of the story baked into every premise is who’s beneath the Ghostface mask. It’s a necessary plot device that can undercut the rest of the film with either bad reveals (here’s looking at you, “Scream 3”) or, as is the case with 2022’s “Scream,” heavily telegraphed climaxes that are pretty obvious about a third of the way into the film. Luckily, the conclusion is handled with lots of style from DP Brett Jutkiewicz and production designer Chad Keith to keep it mostly entertaining, though it feels too obvious and thus begins to feel belabored and less inspired than the rest of the movie.

Great films have engaging journeys that culminate in impactful destinations. Most good films tend to have fairly compelling journeys or generally satisfying destinations. “Scream” is an enjoyable mix of throwback and reinvention for most of its runtime but ultimately arrives at an inert conclusion. That may very well be the point, but something being intellectually clever doesn’t necessarily translate to being emotionally interesting or actively entertaining. Still, there are enough excellent performances and memorable sequences that deliver the same levels of mirth, melodrama and murder that the “Scream” series has shown at its heights, and that’s reason enough to travel with these filmmakers across familiar territory made suitably new and enjoyable. In their devotion to what came before and an insistence on trying to add their voices, the filmmakers arguably show that Wes Craven couldn’t have done a better job himself, which is perhaps the greatest tribute to the Master of Horror.