Trending
You are at:Home»Entertainment»Movies»Movie Review: “Don’t Look Up” 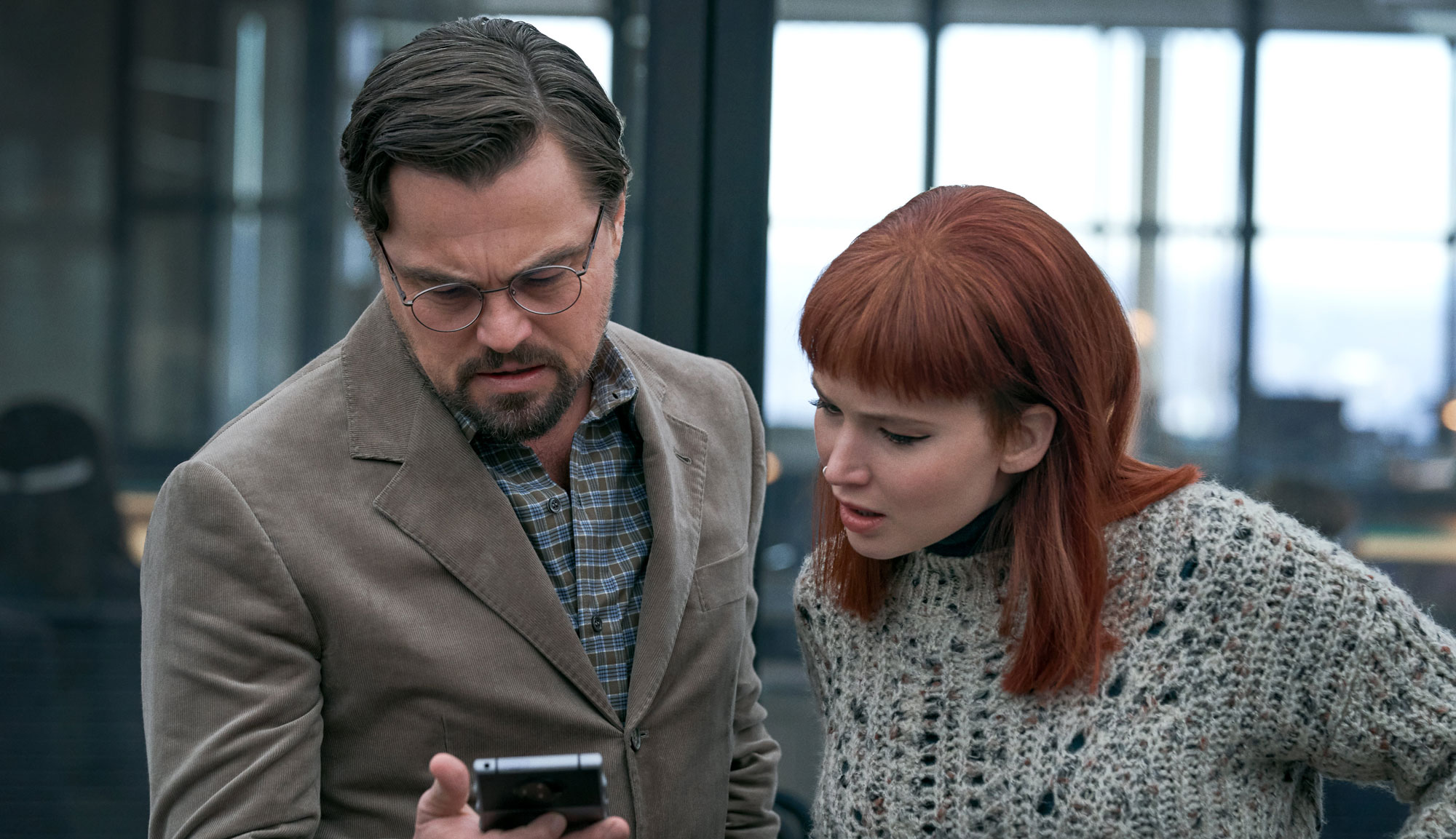 There’s no question that Adam McKay is the sort of liberal that the Fox News sector loves to hate. His Hollywood connections, the sneer with which he skewers rampant capitalism and right-wing politicians, and his outspoken interview style paint the perfect picture of the demon left that the channel’s anchors are out to convince their audience is coming to take all they hold dear. After taking on finance and subprime mortgages in “The Big Short” and the George W. Bush era in “Vice,” his next film seeks to cast a far wider net. And with that net comes a gaggle of huge stars from the Hollywood elite, led by Leonardo DiCaprio, Jennifer Lawrence, Meryl Streep and Cate Blanchett, plus a litany of impressive below-the-title names. It’s safe to say that a good portion of the country won’t have a lot of interest in this one.

This is one of the many movies that seems destined to be defined by the COVID-19 era of our lives. Shot during the pandemic after a lengthy delay, the film examines quite a few familiar themes, including the talking heads of the world downplaying a potential worldwide disaster and how it spawns nonbelievers and conspiracy theorists. Instead of a virus, the threat is in the form of a meteor discovered accidentally by PhD student Kate Dibiasky (Lawrence) that is confirmed by her professor Dr. Mindy (DiCaprio) to be on a collision course with Earth. The comet is close to 10 kilometers wide, representing an Extinction Level Event if it is not redirected from its course. After attempts to inform the President (Streep) and her son/Chief of Staff (Jonah Hill) of the problem, the duo and NASA higher-up Dr. Oglethorpe (Rob Morgan) take to a popular daytime talk show (helmed by Tyler Perry and Blanchett) to break the news to the people. Their message is lost in the morass of celebrity gossip (involving thinly sketched true-life analogues played by Ariana Grande and Kid Cudi), and they must find another way to convince the public that the sky is indeed falling — or a piece of it is, at least.

Much like “Vice” and “The Big Short,” “Don’t Look Up” is undeniably preachy as hell; the constant cutting to the oblivious innocence of nature’s critters about to be caught up in humanity’s destruction of the planet makes sure of that, and the indictment of social media, political brinkmanship, the surveillance state, tech billionaires, talk shows, celebrity worship, etc. isn’t exactly subtle. But I think what makes it more palatable to me than something as suffocatingly smug like “The Big Short” is McKay’s decision to keep the asides and fourth-wall-breaking to a minimum. There is, weirdly enough, exactly one instance of it, which feels extremely out of place when the gimmick isn’t used again, but the movie is better for leaving that particular approach on the sidelines. I may be grasping at straws here, but McKay spending his energy on making the characters in the film look like idiots deserving of ridicule instead of actively implying that the people watching the movie are idiots who need to be talked down to is a huge step in the right direction. At times, it’s still far too broadly sketched to be true satire — Hill’s smarmy Chief of Staff is funny but feels like he’s operating in a different movie — but some of the more subtle jabs, like Kate’s obsessiveness over why a General charged them for free snacks, really work well.

The threat, in this case, is not man-made, but the inability to stop it surely is, which places the fate of the world directly into the hands of those who are far more concerned with polling in the Midterms and the latest break-up that has rocked the pop music world. In general, these people, like Perry and Blanchett, are more useless idiots than anything truly insidious; they simply play the game they know and don’t necessarily have the power to affect change. The real villain, it seems, is Peter Isherwell (Mark Rylance), a soft-spoken Steve Jobs analogue who runs the most powerful tech company in the world. Rylance seems happy to retread his character work from “Ready Player One,” though his dopey demeanor hides a much more sinister and canny man behind the scenes. I’ve always liked Rylance’s work, and he gets a lot of mileage out of being the lowest energy in the room compared to the maniacal broad sketches who so often surround him, be they Hill’s nepotistic mania or Streep’s vision of what it would be like if Sarah Palin became President.

For the most part, it works, though there’s a danger that the same sort of scene will play out over and over again, with Lawrence and DiCaprio going to another power player only to have their warnings fall on deaf ears. McKay is aware of this and does try to shake things up during the second act to varying levels of success, but it’s really the third act where things start to turn into something far more satisfying than McKay’s previous work. Indeed, “Don’t Look Up” is at its best when it throws the satire to the side and becomes Adam McKay’s take on “Melancholia.” Once the comet is visible in the night sky, the film takes on an altogether more somber tone, with the cause of humanity’s demise staring them in the face. This gives the MAGA-like comet denialists the opportunity to rebel against their brainwashers — a moment that McKay certainly must have loved to write.

The film could have easily ended on a powerfully nihilistic note, which would have been in keeping with a lot of the message it conveys over its previous two hours or so. But there is some humanity in McKay, and the ability to focus on family at times of inescapable tragedy is another way that “Don’t Look Up” manages to cut off some of McKay’s worst impulses at the pass. I still think the film has its share of problems and tonal inconsistencies, but simply focusing on the story — even if it’s a story designed to make all sorts of political and social commentary — works wonders in making the medicine easier to swallow.