Trending
You are at:Home»Entertainment»Movies»Movie Review: “Vice” 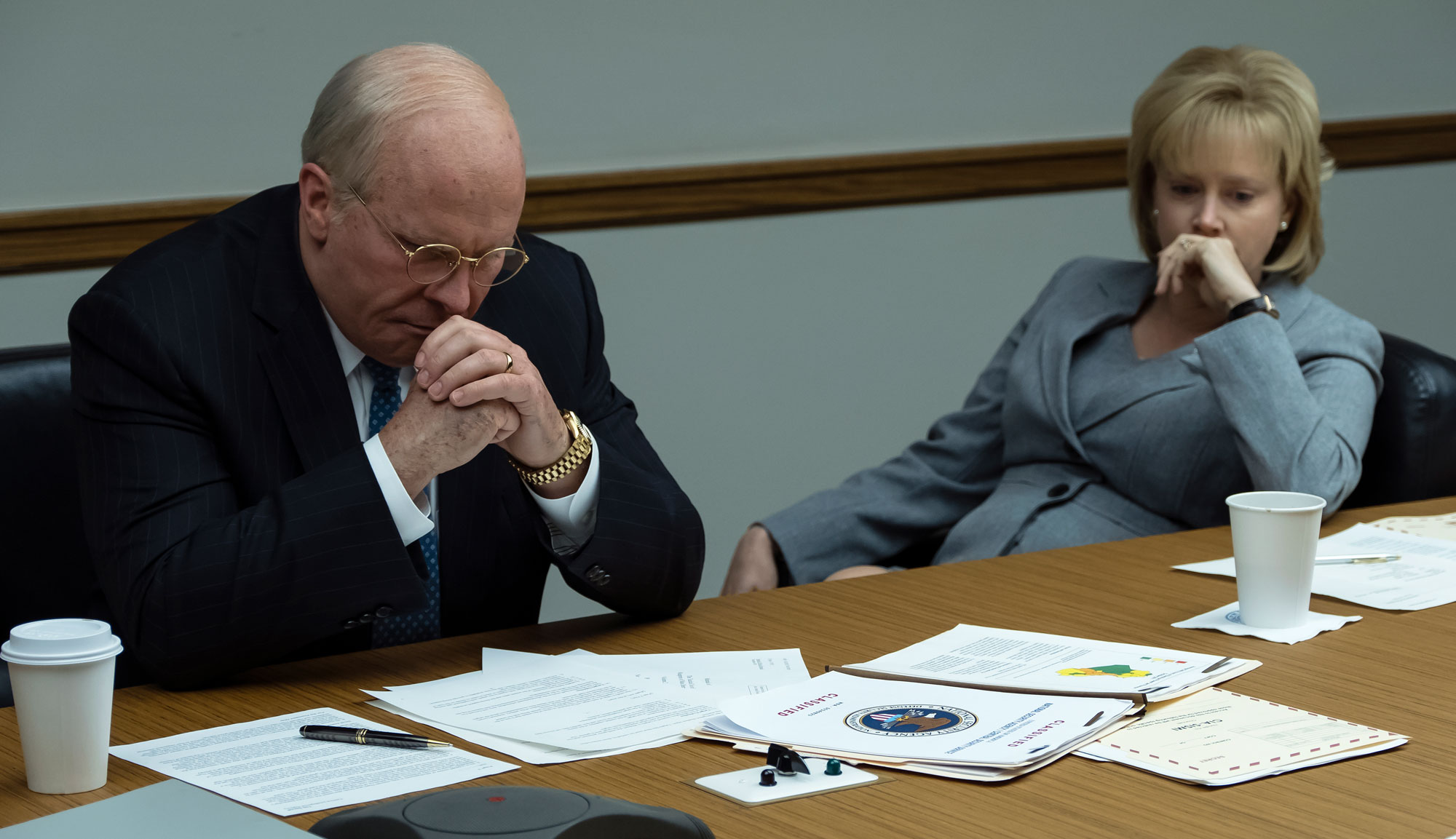 It’s safe to say Adam McKay’s interests as a director have changed over the last few years. The long-time comedy director of various Will Ferrell projects (“Anchorman,” “Talledega Nights,” “Step Brothers”) underwent a rather radical transformation into an activist filmmaker, the origins of which can be traced back to the end credits of “The Other Guys.” That movie was a silly buddy cop comedy, but the credits run over an animation that breaks down the causes and fallout of the 2008 financial crisis. Clearly, the topic struck a nerve with McKay, as he went on to write and direct “The Big Short” in 2015, a movie all about the people behind the sort of deals that led to the crash. There was plenty of McKay’s anarchic spirit in “The Big Short,” but the stakes (and the awards consideration) were something he had never dealt with before.

It seems clear that the new direction is here to stay, as McKay’s newest film “Vice” tracks Dick Cheney’s rise to power as the most consequential and influential vice president in modern history. The movie follows Cheney (Christian Bale) through his early days as an aide to Congressman Donald Rumsfeld (Steve Carell), his various heart problems and his eventual addition to George W. Bush’s (Sam Rockwell) ticket for the 2000 election, despite the protestations of his wife (Amy Adams), who believes the position is below him and worries about the possible ramifications for their lesbian daughter, Mary (Allison Pill). Cheney sees the vice president’s office as the ultimate opportunity to secretly take the country by the reins, exploiting Bush’s general disinterest in sweating the small stuff.

McKay’s script paints Cheney as a chameleon opportunist, someone who will do and say anything it takes to seize and consolidate power. Considering the non-stop political circus of the last three years, it’s easy to gloss over the George W. Bush presidency and the acts his administration committed on the world, but McKay wants to remind us just what went down and how much of it could be laid at the feet of this Machiavellian political operative. He structures “Vice” rather ambitiously, forgoing a traditional timeline by cross-cutting back and forth between his early days as a drunken screw-up to quietly becoming the most powerful person in the world for eight years.

It’s all stitched together by narration from Jesse Plemons, who begins simply as a voice and eventually is revealed to be a full-fledged character. Some table setting is also done by a nondescript Fox News anchor portrayed by Naomi Watts. McKay is clearly tickled with the gaudy structure, pointing to a similar smugness that stood in the way of a lot of the points “The Big Short” was trying to make by constantly reiterating the same ideas, talking directly at the camera and making all sorts of on-the-nose jokes. It’s apparent that this is McKay’s style at this point, which is a shame, because it represents a pretty clear barrier to entry for a film that has important things to say.

“Vice” is at the very least an improvement over “The Big Short,” and much of that is the result of the performances. Bale is no stranger to dramatic physical transformations to lend that extra bit of authenticity to his roles. He’s bloated himself up something fierce here and clearly studied Cheney’s mannerisms so he could pick up his trademark grumble and smirking sneer without overplaying it to the point of parody. Make no mistake, this is very much a political film with some pretty pointed and aggressive things to say about Cheney and what he’s done in his life, but that hasn’t stopped Bale from treating him as a flesh-and-blood character and not purely a cartoon villain (though whether or not he should is more of a moral question to be laid at the feet of the script.)

It’s also a bonus that the Rumsfeld role requires more of the comedy side of Steve Carell’s talents. He’s an incredibly gifted comic actor, whereas his dramatic touch, as seen in “The Big Short,” is rarely as satisfying. As the profoundly immoral and brusque congressman (and eventual secretary of defense) who taught Cheney everything he knows, Carell is a hoot. The rest of the cast doesn’t get a chance to differentiate themselves, though Adams’ character has plenty of time to be severely one-dimensional and underwritten. “Vice” is driven by its performances, and the uneven nature of the characterization is very much a reflection of the experience as a whole. At times, it’s sublime. Bale’s craft is truly wonderful, and this is one of Carell’s best performances in awhile. But at other times, it’s too clever by half – obnoxiously edited and overwritten – detracting from any points McKay tries to make. He simply cannot get out of his own way. “Vice” is worth a watch for Bale and Carell’s performances alone, but don’t be surprised if you walk away disappointed.