Trending
You are at:Home»Entertainment»Movies»Movie Review: “Being the Ricardos” 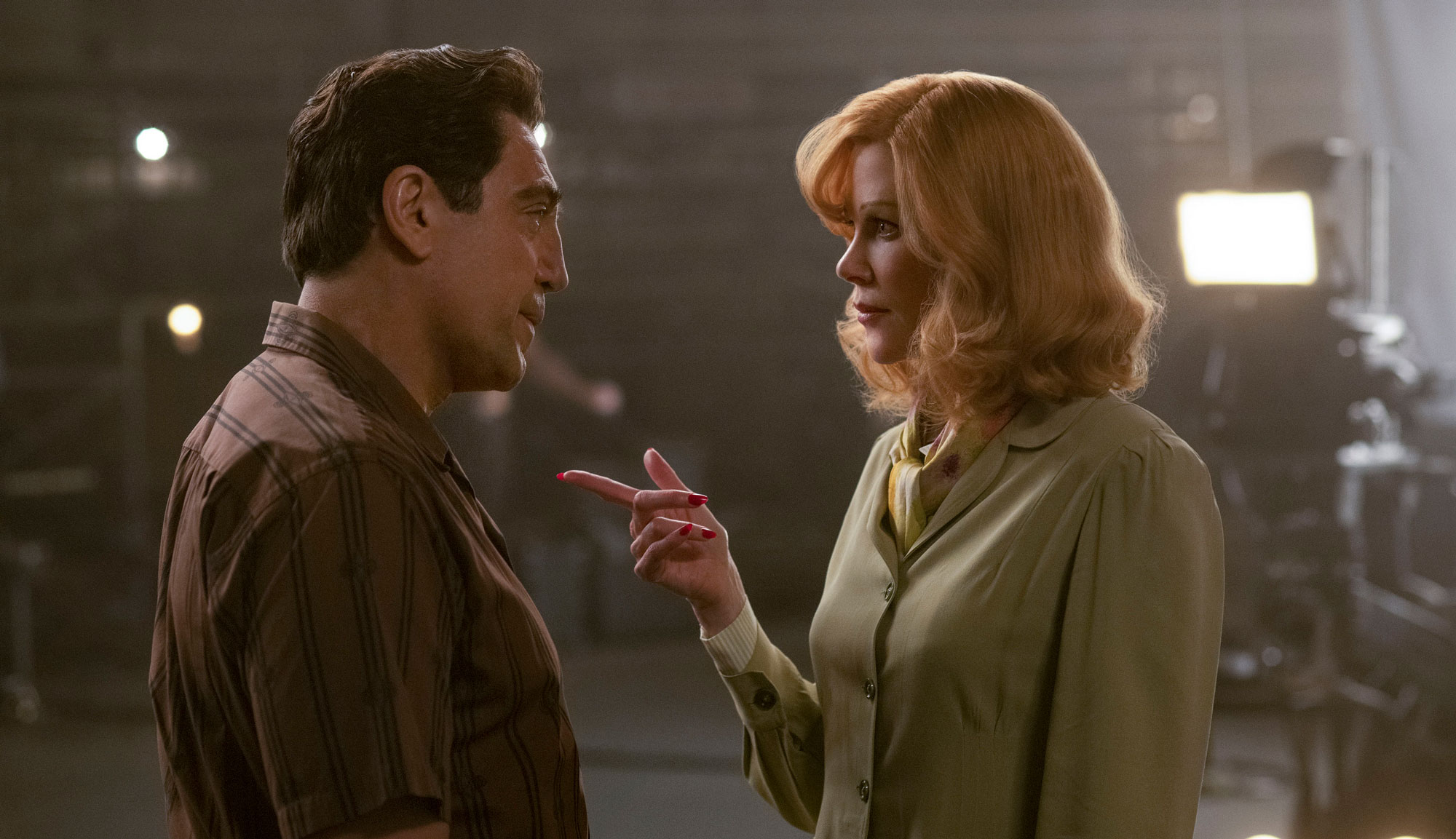 If you made a list of modern-day actresses who would be well-suited to playing Lucille Ball in a biopic, Nicole Kidman isn’t particularly likely to be at the top of that list. She’s shown some aptitude for comedy in the past, but no one would expect her to easily step into the shoes of arguably the greatest comedienne of the 20th century. That was certainly the response from the world at large when Aaron Sorkin’s “Being the Ricardos” was revealed to the world. The Aussie Kidman and Spaniard Javier Bardem playing an American and a Cuban, respectively, who spent a lifetime in the public eye is a gamble to be sure; we have decades of history of who these people were and how they acted both on screen and off. Granted, a good biopic is not about the perfect impression, it’s about getting at the heart of the people themselves (look no further than the casting of Jesse Eisenberg as Mark Zuckerberg, which is far more about character than accuracy). But still, it’s a bit of a logical leap to imagine how this would work.

The film is set in the midst of one of the most consequential weeks in the life of Ball and husband Desi Arnaz (Bardem), where the already busy weekly process to write, rehearse and record an episode of “I Love Lucy” is upended by tabloid accusations of infidelity, and Ball’s pregnancy takes a backseat to a bombshell story that she’s a member of the Communist Party. The show’s executive producer (Tony Hale), representatives of CBS (Nelson Franklin and Clark Gregg) and sponsor Philip Morris (Jeff Holman) all must contend with the potential backlash, while Ball’s exacting perfectionism makes staff writers (including Alia Shawkat and Jake Lacy) constantly have to scramble in order to keep her happy.

As Sorkin is wont to do, there is a ton of writing on display here; in addition to the baseline story, he also includes some modern-day interstitial interviews in the vein of “Citizen Kane” and flashbacks within flashbacks that explore the beginning of Lucy and Desi’s relationship. It’s quite a lot to cover, and when all of it is stitched together, it seeks to give a wide view of Lucy’s entire life up to the week in question. It’s a bit of a have-your-cake-and-eat-it-too situation, letting Sorkin use the Pablo Larrain approach from “Jackie” and “Spencer” that focuses on one defining event in the subject’s life while also getting to do a bunch of expository background to fill in the gaps that those films purposefully leave on the sideline.

And perhaps because of this approach, it takes a lot of time for the film to find its feet. The first act suffers the most; it takes some time to get on the wavelength of the performances and the structure, as well as establishing the import of this particular time in the lives of Lucy and Desi, and the power struggle in place at the show, the network and the sponsor. Once that table-setting is done, the film becomes about Ball’s attempts to make a good show in the middle of all this chaos, clinging to the normalcy and control that she still has. Arnaz, by contrast, has all of the power and none of the skills, brought along for the ride for his charm and his relationship to their star. He’s a great bandleader and less of a great sitcom star, but his gender allows him to push against the network when Ball needs him to. Bardem is thoroughly over the top, with his giant smile and relentless cheer in public, but he has little to do, as this isn’t his story. He exists in his relation to Ball and nothing more.

To her credit, Kidman does grow into the role despite the initial feeling that she couldn’t possibly be the right casting choice. She never really looks right in the flashbacks or her visions of how a given bit might work on the show, as she doesn’t quite have the gift of physical comedy in her impressions, but taken as a performance more than mimicry, there is something to it. She excels the most behind the scenes, working her way through rehearsals, blocking and scripts, keen to ensure that the work is up to her specifications and expectations at all times. That level of control is clearly designed to contrast with what is beyond her control, namely her pregnancy and how it will affect the show, and the Red Scare that threatens to unravel her entire life in an instant.

All told, this is easily a case where Sorkin just tries to do way too much in the course of the film, which results in a fractured-at-best understanding of the subject mixed with a heavy helping of the sort of platitudes that have come to define his career. Plenty of people are turned off by these Sorkinisms, but I generally appreciate their writerly flourish, even if no one can or does talk like this in the real world. The issue here is less the writing and more the structure, with so many devices on display that it can at times be difficult to notice what time period the film is in at a given time. The interview segments feel especially wasteful — just opportunities for Sorkin to put the themes that he wants to convey into the mouths of his characters while evoking a classic like “Kane” for far lesser returns.

Not every movie needs to have a reason to exist, but if you write like Aaron Sorkin, even matters of least import are mythologized as world-changing events. That’s what causes “Being the Ricardos” to feel out of balance. It does a decent enough job showing us what it might have been like to work for or with Lucille Ball, but the higher-level commentary on the House Un-American Activities Committee and the regressive Standards and Practices of the time that wouldn’t allow the concept of pregnancy on the air rings hollow. Sorkin tricks himself here, looking to be too clever by half and obscuring what is actually of interest. The result is a movie that generally fails to be an effective biopic as well as an effective look at the time in which it’s set. Sorkin’s transition into the director’s chair has been decent thus far, but “Being the Ricardos” is his first real misfire — a case where his writer’s skill can’t overcome his writer’s ego.