Trending
You are at:Home»Entertainment»TV»TV Review: “The Falcon and the Winter Soldier” 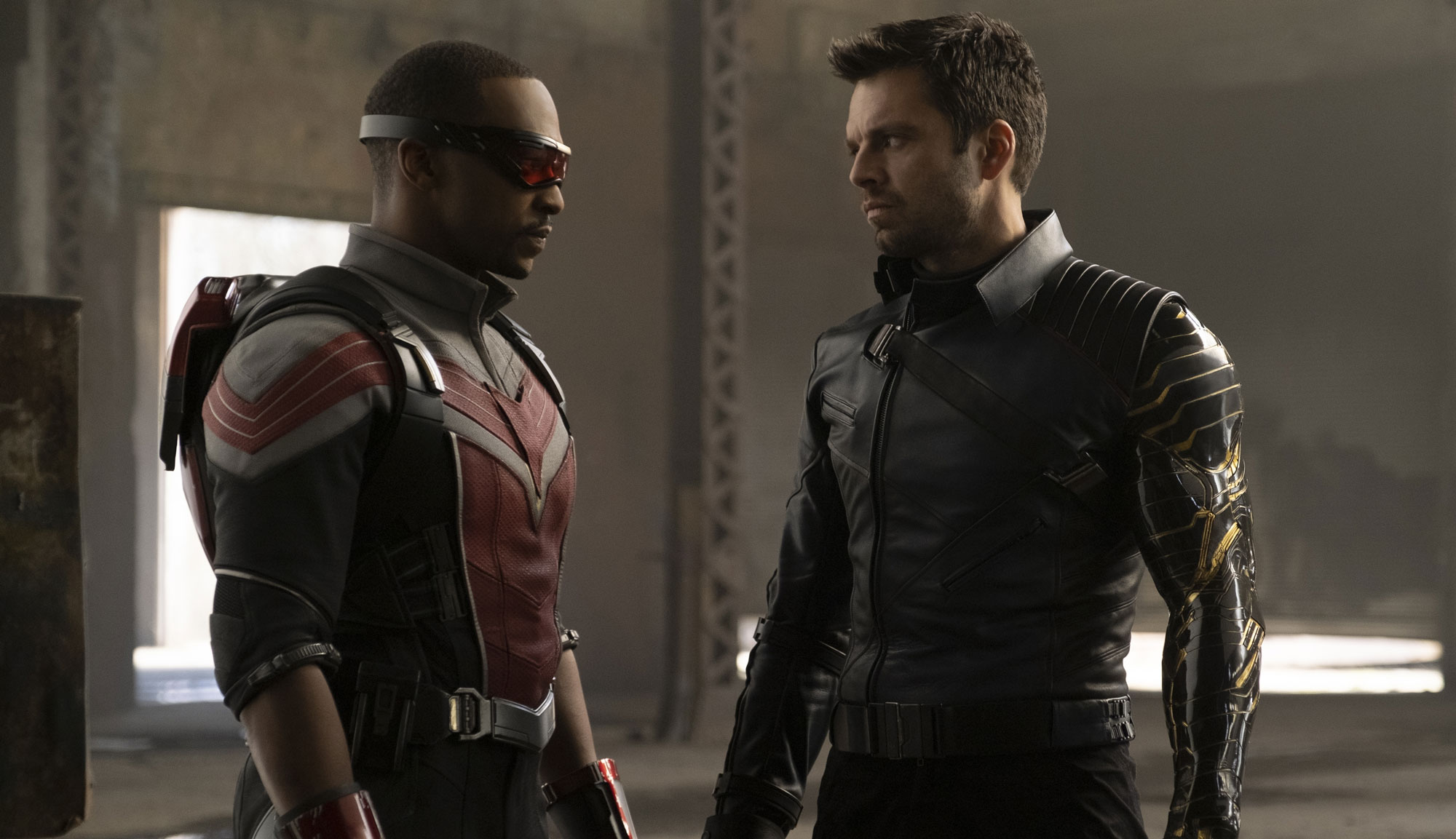 Despite starting out in metatextual style, “WandaVision” eventually morphed into a normal Marvel Cinematic Universe project complete with energy beam fights. While it was arguably to that series’ detriment, it ends up being a solid transition to “The Falcon and the Winter Soldier,” which is much more standard MCU fare. Granted, it’s possible that the first episode (which is all that was provided to the press ahead of the show’s debut) won’t foretell the direction and execution of the entire season, but it’s probably a safe bet that a lot of the strengths and weaknesses will carry through, resulting in an entertaining but all-too-familiar TV show about the adventures of the men who would be Captain America.

Following the conclusion of “Avengers: Endgame,” Sam “The Falcon” Wilson (Anthony Mackie) is at a crossroads. Though Steve Rogers bequeathed the shield, and thus the mantle of Captain America, to his friend and protégé, the legacy weighs heavily on Wilson, who is still trying to get used to being back in the world after losing five years to Thanos’ snap. Bucky “The Winter Soldier” Barnes (Sebastian Stan) is also struggling with issues of identity as he tries to reintegrate into society after decades of mind control (not to mention turning all dusty in “Infinity War”). Meanwhile, a new terrorist group called the Flag-Smashers is seeking to turn back the clock to when the world was unified in its grief with the help of some superpowered folks. These different storylines are clearly on a collision course, though it’s not totally clear how they will entangle by the end of the first episode.

It’s easy to say that “The Falcon and the Winter Soldier” is nothing truly new for Marvel. There are action set pieces that are competently done (if fairly boring), overarching drama within the characters to parallel the outer conflict, a few funny quips, some cameos and callbacks, and elements from the comics that are brought into the fold. It’s exactly what one would expect from an MCU show, for better and for worse. For those that tend to have issues with the studio’s output, there’s not as much experimental commentary as the previous series and most of their gripes will remain. But for fans of Marvel, this will be a welcomed weekly escape.

It’s a credit to series director Kari Skogland that she is able to create that lived-in feeling among the cast. After six movies, Mackie and Stan completely own these characters and have added nice touches to them. But this sense of a realized world extends to the supporting characters as well. Wilson’s sister, Sarah (Adepero Oduye), who is struggling to keep the family’s house and fishing business afloat, trades barbs with her brother and concerns for her children. Casual chemistry is also present between Wilson and Torres (Danny Ramirez), a soldier who clearly wants in on the superhero life, while Barnes fences with his therapist (Amy Aquino) in a sequence full of smart writing and strong character development. Marvel has always excelled at casting and dialogue, so it’s no surprise to see this continuing in the show with perhaps the most MCU DNA so far.

However, Kevin Feige’s cinematic universe has many recurring problems, and they’re on display here. There are three action sequences in this episode, but none are especially impressive. Whether it’s the reliance on passable CGI, the foregone conclusion eliminating any tension or the lack of strong visual style, these scenes feel mostly flat and could do with raising the stakes and/or improving their aesthetics. The fair criticism of Marvel’s work as “military propaganda” is also inherent in this show — more so than maybe any other project. The two main characters are soldiers, but their tendency to kill enemies without compunction still feels wrong. In the context of war (whether it’s against Nazis or The Black Order), that sort of behavior makes sense. In these situations, it seems reckless and like taking the easy way out.

One element that was pleasantly surprising is the metaphorical depth in the episode. Wilson isn’t just a superhero or a soldier — he’s also a Black man in America. It’s not a coincidence that serving his country has cost him friends and also time from those he loves; the country asks a lot from him but doesn’t treat him accordingly. The mantle of Captain America isn’t just embodying what the nation could be, but it also carries centuries of oppression for Wilson and his people. Barnes is wrestling with atoning for sins he technically didn’t control but did commit and has to conduct reconciliation methods to get back the pieces of his soul that he’s lost. This is where the idea of legacy comes in: Captain America’s icon status, the history of systemic racism that befalls even a high-flying superhero, the blood on Barnes’ hands and more.

Make no mistake, this is first and foremost an MCU superhero action show, but within those confines, the episode finds ways to explore deeper subject matters. The last scene in particular is a gut punch, advancing the idea that your country asks for your sacrifices but has no interest in honoring them. Head writer Malcolm Spellman and his team aren’t delivering grand treatises or radically challenging notions, but they are adding layers to something that could easily be ignored.

If there is a prediction as to where the series is headed, the assumption would be that Baron Zemo (Daniel Brühl) is tied to the Flag-Smashers, which is probably using some of that super soldier serum from the end of “Civil War” to power up its members. Wilson and Barnes will likely work together to shut it down, and they’ll probably bring in Sharon Carter (Emily VanCamp) and Torres for backup. All of this will be tied to the replacement of Captain America, a storyline that’s pretty well known in Marvel Comics lore, resulting in the new ragtag team facing some sort of overlap between a hyperviolent, government-sponsored superhero and a militia of disgruntled terrorists.

“The Falcon and the Winter Soldier” is not groundbreaking television. It has a large budget, but it’s not that far conceptually from “Agents of S.H.I.E.L.D.” or “24.” Hopefully, the visuals will become more striking, though that seems unlikely with the same crew involved in every episode. However, thanks to the charming cast, strong dialogue and interesting meditations on legacy, it’s more compelling than it seems at the outset. Though it’s undoubtedly flawed, it’s yet another Marvel series on Disney+ that tries to examine how we define identity in the shadow of all that has come before and what is required from us to move forward.