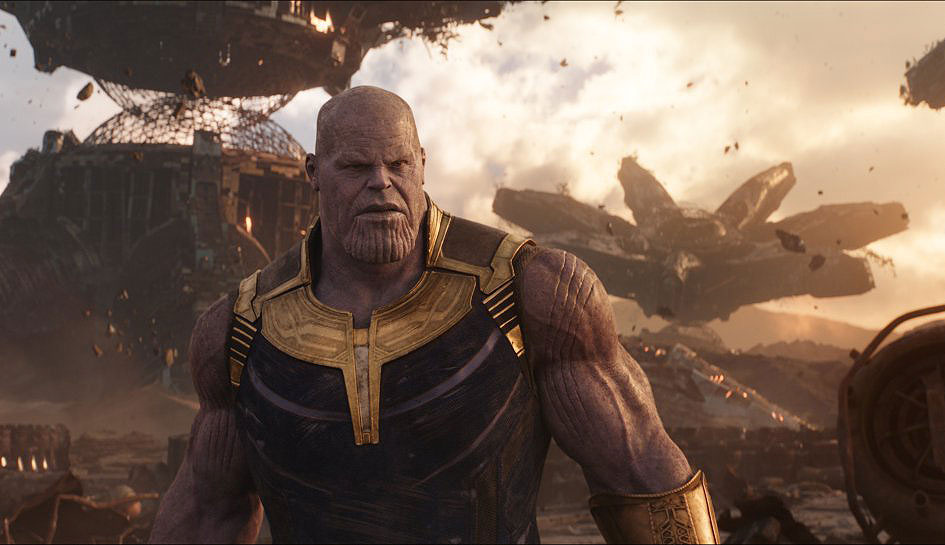 Crossover events have been huge in comic books for many decades. Whether it’s the Justice League meeting the Justice Society, top heroes fighting the coolest villains in Marvel’s “Secret War,” or any number of times that multiple superheroes stood together against a foe larger than themselves, fans come out in droves to eat it up. Within those pages, readers get characters pairing up in surprising ways, a healthy dose of spectacle and stakes, and usually some life-altering events that will become part of canon (until the next reboot or retcon). Ever since the first post-credits scene in 2008’s “Iron Man,” this is what fans have been anticipating when Nick Fury tells Tony Stark, “You think you’re the only superhero in the world? Mr. Stark, you’ve become part of a bigger universe. You just don’t know it yet.”

It wasn’t just the promise that was later kept with “The Avengers,” but it was the idea that disparate elements could come together in a fluid way to tell a massive story full of bombast and circumstances. That thrill that comes with seeing characters meet and work together to defeat evil; the threat of a truly menacing villain that no one can face alone; the endless speculating over story-altering ramifications of a powerful narrative that excites and intrigues. That sensation of seeing the battle for a universe filled with characters people know and love splashed across comic panels has now become part of the cinematic experience with “Avengers: Infinity War.” It is a massive spectacle full of fun character moments, impressive action sequences and a real sense of stakes that serves as a great beginning of the end of the Marvel Cinematic Universe as audiences have come to know it.

For years, the villainous Thanous (Josh Brolin) has been searching for the Infinity Stones, powerful artifacts that will grant him absolute power over the entire universe and beyond. Due to recent attacks by the Mad Titan and his loyal servants, the heroes of the Marvel universe become aware of his actions and his imminent threat. He only needs four more stones to complete the set, and it will require efforts on Earth, in space and on Thanos’ home planet to repel his fatal machinations as the despot grows more powerful with each stone he adds. Iron Man (Robert Downey, Jr.), Captain America (Chris Evans), Spider-Man (Tom Holland), Black Panther (Chadwick Boseman), Doctor Strange (Benedict Cumberbatch), Star-Lord (Chris Pratt) and Thor (Chris Hemsworth) must round up their allies and complete their respective missions if they wish to stave off his apocalyptic vision.

“Infinity War” is pure blockbuster spectacle. There are emotional moments and certainly a lot of weight in the consequences of Thanos’ actions, but it’s ultimately a delivery on that aforementioned promise of a unified team working together against a real, credible threat. There aren’t a lot of character arcs within it – mostly the characters are changed by external events and not by internal growth – but that doesn’t make it any less fun or thoroughly engaging. The film, directed by Anthony and Joe Russo and written by Christopher Markus and Stephen McFeely, truly feels like a literary epic brought to the big screen. With the divided forces and multiple storylines, each chapter furthers different plots before they all converge in the end. It is a breathtaking and impressive undertaking that pays off years of devotion by fans.

That part is important because, ultimately, this is a movie for the fans. Marvel is banking on people being familiar with their 18 previous movies released over the past 10 years. While a casual watcher of the Marvel films (or simply someone with a passing knowledge of who Spider-Man is or why that raccoon is talking) will still get enjoyment from the film and its many set pieces and fun banter, this is reward for the diehard fans who have followed these movies for a decade. There are many moments where fans will squeal with delight or break out in thunderous applause, simply because it’s a cool visual callback or clever revisiting of characters they have come to care about. The plot isn’t so convoluted (though not without a few plot holes) that it’s hard to follow, but the pleasure of this momentous occasion won’t be felt as strongly if this is someone’s first Marvel movie.

All of the actors slip back into their roles with great comfort and talent, adeptly showing off humor, heart, sadness and courage. Though they don’t have a lot of dramatic monologues or real emotional journeys, every cast member gets a few good quips or moments to shine. Hemsworth delivers a rollercoaster of emotions as Thor, showcasing a steadfast courage when all he wishes to do is mourn his recent losses, while Holland is once again brilliant in the role of Spider-Man, pivoting between out-of-his-league and excited-to-be-there. Josh Brolin is particularly impressive as Thanos, the CGI purple baddie obsessed with control; it’s a role that sounds ridiculous on paper but is given true weight, menace and a sense of purpose that makes him a memorable standout.

“Infinity War” is clearly the first part of a bigger story. That makes it hard to discuss and consider its ending. Some may be frustrated with the conclusion or feel like it’s a cliffhanger, but it’s a courageous decision that will actually make the wait for the next “Avengers” film compound the seriousness of this movie’s outcome. There are many reasons why “Infinity War” evokes “The Empire Strikes Back” – the cutting across multiple storylines, the darker tones of its story – and one of the main reasons is because it’s so accomplished and does what it sets out to do so well.

The Russo Brothers balance about 30 main characters across a galactic divide and still find a way to make every moment count. After getting out of the two-and-a-half-hour long film, fans will immediately want to go back and watch it again. Not to pick up on various minute details, but to experience that thrill and spectacle that so many comic book readers have felt when opening up an issue of a crossover event. Despite the staggering odds and unwieldy task, Marvel has truly managed to make good on a promise by translating the comic book experience to theaters in a spectacular fashion.