Trending
You are at:Home»Entertainment»TV»“WandaVision” Recap: Marvel goes big on the small screen 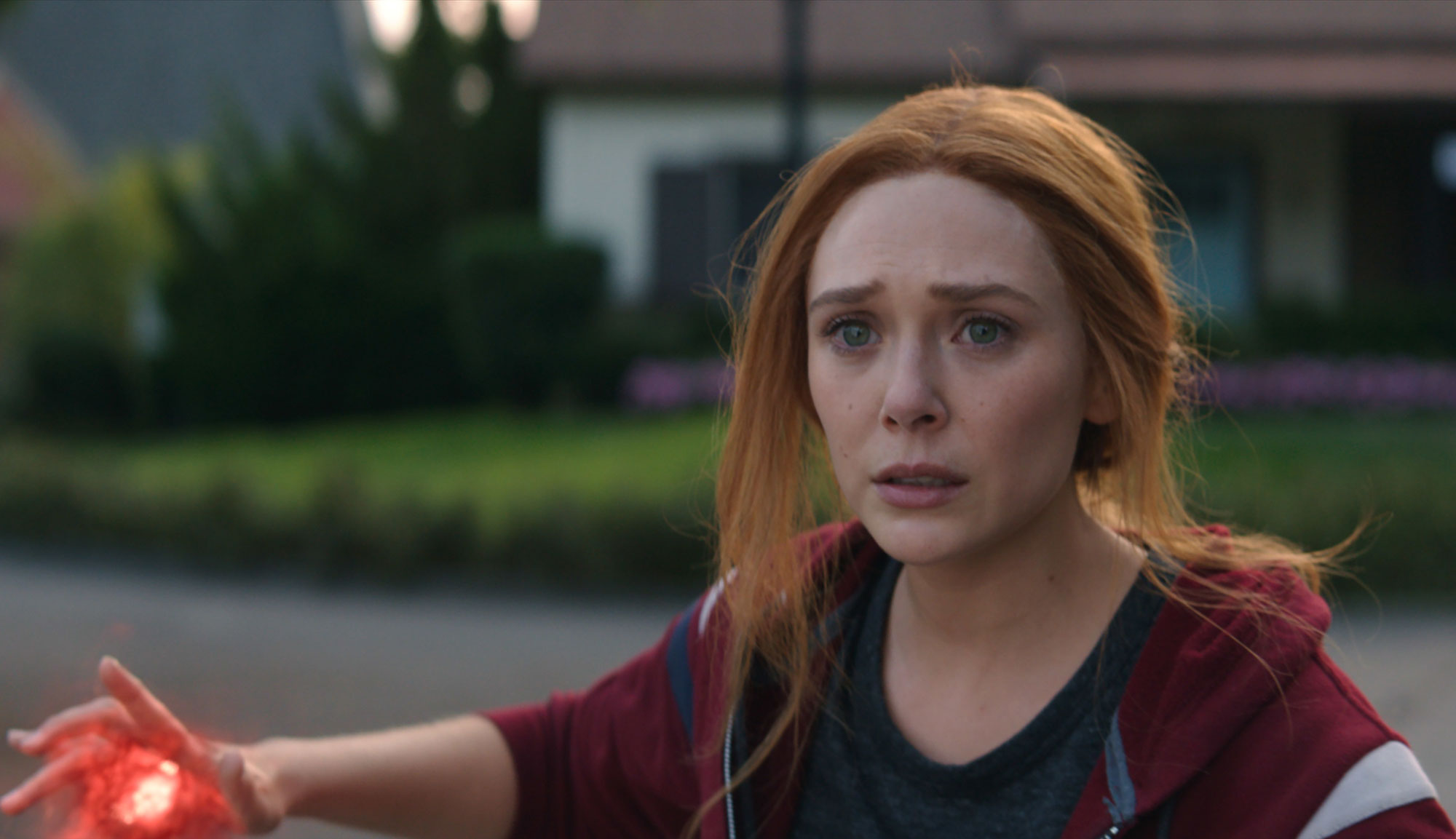 “WandaVision” is the MCU’s first foray into television after Marvel Studios president Kevin Feige took over the TV division in 2019, and as far as initial projects go, showrunner Jac Schaeffer and series director Matt Shakman delivered a strong success. There were some missteps, particularly in the finale, but “WandaVision” adds credence to the theory that the world of Marvel is big enough to branch out beyond laser beams and three-point landings to deliver something uniquely profound.

As discussed in my review of the first three episodes, the bulk of “WandaVision” is basically a combination of Marshall McLuhan’s “Understanding Media: The Extensions of Man” and Elizabeth Kübler-Ross’ “On Death and Dying” as filtered through a 1980s “Avengers West Coast” comic. That’s pretty impressive for a spinoff from spandex stories of superheroes and robots. Schaeffer and crew use media as a message to highlight the grieving process that Wanda (Elizabeth Olsen) is going through while banking on the obsessive nature of Marvel fandom to propel its own postulations. Some theories bore out (it was Agatha all along), while others did not, but for two months, “WandaVision” was appointment television that bucked expectations, deconstructed media tropes and left most audiences uncertain where it was all going. Some lamented the lack of distributing it all at once, but Schaeffer crafted a show specifically intended to brew debate, nitpicking and forecasting, and that requires time in between. It also meant that there wouldn’t be incongruous tonal shock between each episode as it went from decade to decade while maintaining the slow decomposition of the world of denial that Wanda created.

This is all propelled by excellent work from the cast and crew. Whether it’s Paul Bettany’s great performance as Vision, instilled with tremendous melancholic wonder, or Kathryn Hahn in the gleefully self-aware sitcom staple turned Big Bad, who ultimately was trying to do something good but for all the wrong reasons. The pitch-perfect set designs and styles of acting for each part of the decade-spanning psychosis made the simulacrum impressive and oddly chilling as well. Much like the “It’s a Good Life” episode from “The Twilight Zone,” the obviousness that things aren’t right mixed with the uncertainty of not knowing why makes it all the more upsetting.

And then, halfway through, there’s the integration with the “real world” that lays outside of Wanda’s hexagonal oasis, which seemingly drops the style-as-substance methods of the previous sitcom episodes. Some found it jarring and lamented the expansion further into the MCU universe, but while I agree with that criticism for “The Mandalorian,” I disagree with its use in “WandaVision.” These scenes are keeping in spirit with the show as a whole. The parts with Monica (Teyonah Parris), Jimmy Woo (Randall Park), Darcy (Kat Dennings) and the rest — let’s call them the Studio Audience — are their own evolution of television storytelling (the serialized drama) complete with intrigue, betrayal, disappointment and outright heartbreak. But even then, they end up getting sucked into Westview — the drama world literally being overtaken by the sitcom world — consumed by this subject matter and becoming wholly invested in the story.

It also serves to underscore the themes of isolation and connection. Wanda isolates herself from reality in her hexagonal facsimile after a lifetime of being left behind and abandoned due to all sorts of horrible trauma. Every time she finds a lifeline — escapist TV, her brother, superpowers that embolden her, teammates/friends, and of course, Vision — it’s removed from her, leaving Wanda by herself. Just like the fans debating the show online, the Studio Audience is the community that’s tied to the rest of the MCU, specifically with characters from “Thor,” “Ant-Man” and “Captain Marvel.” These two factions are at war when the reality is that it’s not a matter of either/or but rather a mixture of both — the show is a comedy and a tragedy just as Wanda is the villain and the hero.

The finale is a bit of a letdown in this respect because too much of it attempts to be like the final act of an MCU movie, with massive power struggles, action scenes and ticking clocks. “WandaVision” doesn’t have the budget to make it work as well as it should, and it honestly runs afoul of the larger themes Schaeffer has cultivated in the previous eight episodes. There are sloppy open-ended questions like, “What actually happens to Agatha?,” “Who was the witness that Woo was seeking?,” and “Where is Cataract (i.e., White Vision) now?” Cataract himself was a cool idea realized from the “Vision Quest” storyline in the comics, but the writers chose not to make him as emotionless as his comic book counterpart. His resting face is an open-mouthed snarl, and there’s a sense of rage in his actions, which doesn’t work as well as a foil to Vision.

And then there’s Billy (Julian Hilliard) and Tommy (Jett Klyne), who were doomed from the outset for anyone familiar with Scarlet Witch’s storylines in the Marvel comic books. It’s unclear exactly why Agatha needed them, except as leverage with Wanda. But the main issue with how the (second set of) Maximoff twins were handled is that the audience doesn’t see them die. That may sound incredibly cruel, but it literally goes along with everything else Wanda has experienced and learned; she closes the door on their room and doesn’t look at what is happening. They die unseen, and there isn’t as strong of an emotional impact because of that, nor is there a sign of some personal growth for Wanda. They will be back, by the way, as they are both members of the Young Avengers (as Wiccan and Speed, respectfully), but perhaps invoking Spider-Man’s tearful and fearful demise in “Infinity War” would have made their eventual resurrection even more triumphant and their departures hit even harder.

I wasn’t sure where “WandaVision” was going to go on a specific level, particularly who was pulling what strings and how it would all play out. It was a nice surprise to see the stunt casting of Evan Peters, the inclusion of the B-Squad from other MCU movies (seriously, give those three their own “X-Files”-esque show) and the superhero origins of Monica Rambeau. From the outset, I was pretty confident that Agnes was Agatha Harkness, that the twins would be born and ultimately die, and that the show would end with making Wanda a chaotic neutral figure in the MCU going forward. The final moments in the post-credits scene almost literally depict that last part, as Wanda is seen quietly enjoying a cup of tea while her other self is poring over the Darkhold to increase her dark magic.

But even with the stumbles at the end and the foregone conclusions at the outset, “WandaVision” ended up being wholly surprising by taking on risks in format and tone, as well as serving as a rather powerful treatise on grief. I’m hopeful that this wasn’t all an excuse to set up some tangents in future MCU movies but instead a hint at the possibilities and risks that Marvel is willing to take on the small screen, expanding their universe by homing in on the intensely specific and personal.