Trending
You are at:Home»Entertainment»TV»TV Review: “WandaVision” 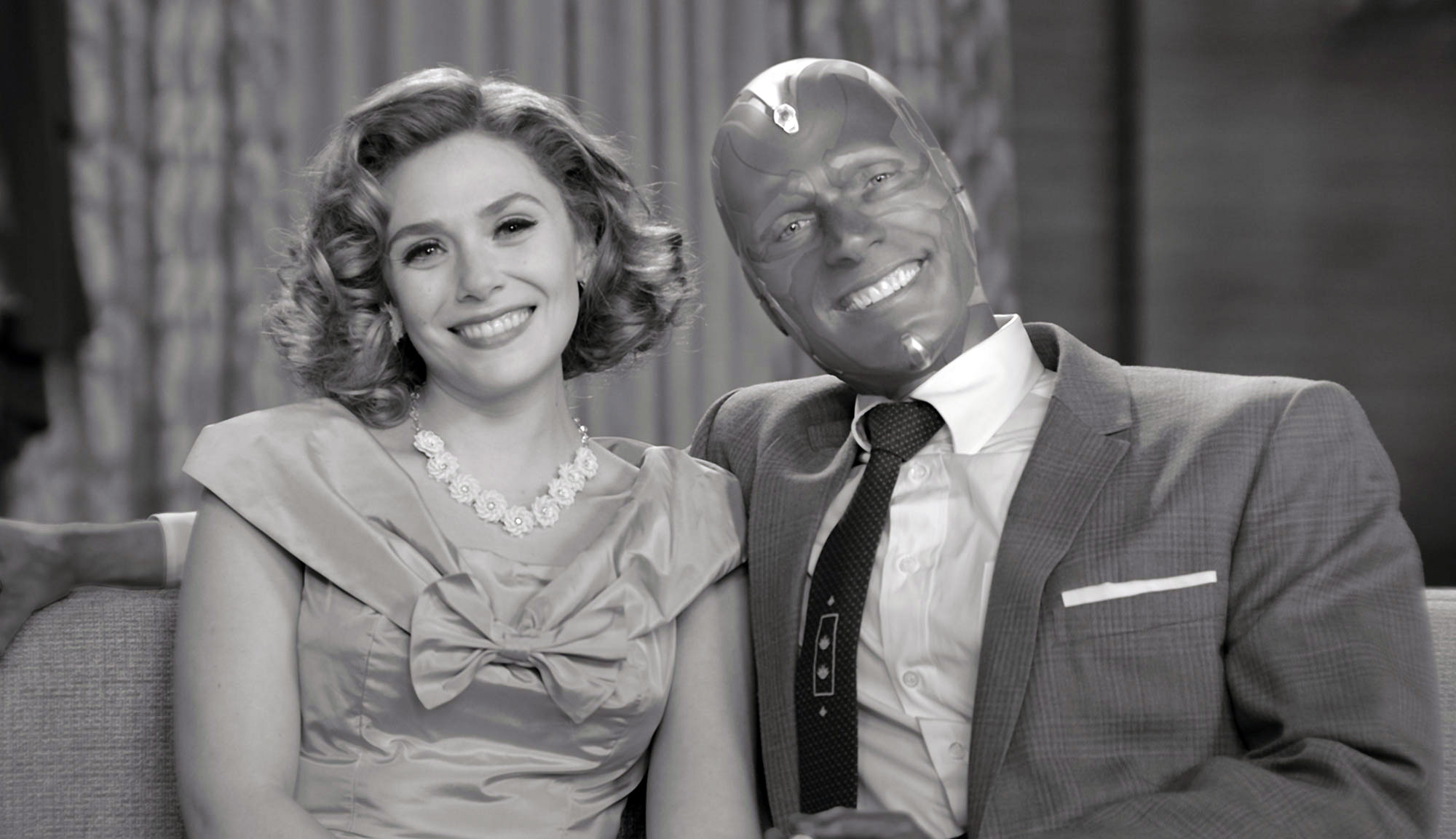 “The X-Files” aired about the same time as the internet’s social aspects were blossoming. This led to it being one of the first shows to have its own active presence on the web, with fans praising the supernatural drama, going down rabbit holes about the “real-life” inspirations and conjecturing about the overarching mythos. “Lost” used J.J. Abrams’ famous mystery box motif to weave in references, subtle nods and more to build up mysteries that birthed a million online communities with theories about what would happen next and what it all meant. There have been other shows that spawned this kind of devotion, poring over details to find hidden clues in order to predict the future of the series and create a sort of grand unified theory that rewards its most fervent followers. Marvel’s “WandaVision” may be the biggest Easter egg hunt of a TV show so far. That’s not to diminish what showrunner Jac Schaeffer and series director Matt Shakman have done with this new MCU venture. It’s not a bug but instead a feature that manages to marry text and subtext to produce something unique.

The first three episodes find Wanda (Elizabeth Olsen) and Vision (Paul Bettany) living in wedded bliss, albeit in different versions of sitcoms from different eras. The ‘50s-inspired first installment echoes “The Dick Van Dyke Show,” the ‘60s tropes of “Bewitched” take center stage in Episode Two, and the third entry calls upon that particular “Brady Bunch” slice of the ‘70s. The couple is in love and reunited following the events of “Infinity War” and “Endgame,” retaining their powers (and Vision’s synthezoid biology) but devoid of any recollection of their superhero adventures before this unexplained reverie. The blank void where their memories should be fractures a bit each episode, revealing cracks in a glamour intent on keeping their reality at bay. The neighbors (played by Kathryn Hahn, Emma Caulfield Ford and more) fulfill their half-hour roles of pleasant zingers and incredulity at the shenanigans that Wanda and Vision create with their superpowers, but they’re also part of the flawed pocket reality, putting on a performance while a real person helplessly peaks out from behind their eyes.

The cornerstone mysteries of “WandaVision” are twofold: what exactly is happening and why? This is where the Easter egg hunt comes in. There are lots of visual cues that are repeated (hexagons, machines with pareidolia, the color red) that are clearly meant to underscore some grand design, while the dialogue is rife with winks to the former lives of the MCU power couple. Schaeffer has engineered one of the first television series that anticipates media literacy and uses it as a hook to entice viewers. “WandaVision” knows that MCU fans and comic book readers already pore over every poster, trailer and film that Marvel puts out to find nods to other characters, classic storylines and possible directions for the overarching cinematic universe. The show invites that behavior in order to put viewers in a similar headspace as the characters — aware that something is off but not sure why or to what end. Moreover, are these subtle hints a menacing signature of a hidden puppet master or is it a subconscious cue from Wanda herself trying to stop the reality she constructed? Are we watching a hero under the spell of someone else or one that’s slowly coming apart as she battles with herself?

This foreknowledge of how people consume media in the modern age also extends to the premise. There is no backstory provided for Wanda or Vision in the context of the show. The team behind “WandaVision” knows that most of their audience have been watching MCU movies for the past decade, and therefore, those viewers will be intrigued that the high-flying heroes who once fought aliens and androids have been transported into the corny confines of a Nick at Nite classic. The show copies these bygone television styles without literally calling them out — yet another instance of using the pop culture knowledge of those watching to infer larger meanings of hidden identities, historical touchstones and roles within a community. Even the jarring moments that break these sitcom tropes by piercing the veil draped over this fictional world feel like echoes of other entertainment (e.g., “The Stepford Wives,” “The Twilight Zone,” anything David Lynch).

For those familiar with Marvel history, there are some clear directions in which this series could go. In the comics, the couple welcomes twin boys into their lives, only to discover that they’re an illusion that Wanda conjured out of a desperate wish for a normal family. Upon discovery of the truth, Wanda went mad and killed a lot of Avengers, created a whole new reality and almost wiped out the entire mutant population. There are no mutants in the MCU yet, but with reality not being what it used to be, this could be how Marvel head honcho Kevin Feige retcons and introduces mutants into the MCU (eventually). Homo superiors aside, it’s probable that Wanda will end on a similar dark note in “WandaVision,” albeit via a different path, though we’ll have to keep watching to find out.

In the first three episodes provided to press, “WandaVision” reveals itself as a visually gorgeous TV show with incredible simulations of old sitcom staging, décor and dialogue. Shakman works excellently with the cast to produce stellar performances, and Olsen is the clear standout, transforming her voice, posture and mannerisms for each iteration. Schaeffer knows how people watch television now and folds that into a bigger mystery where the true villain may not be behind the scenes but front and center the entire time. The lack of action and elaboration on the bigger mystery may frustrate fans of the blockbuster movies, but it’s refreshing to see Marvel extend into a new genre in an impressively bold fashion. A superhero show about broken lives that’s filled with existential dread and a laugh track is incredibly unique and spectacularly enticing.