Trending
You are at:Home»Entertainment»Movies»Movie Review: “Cherry” 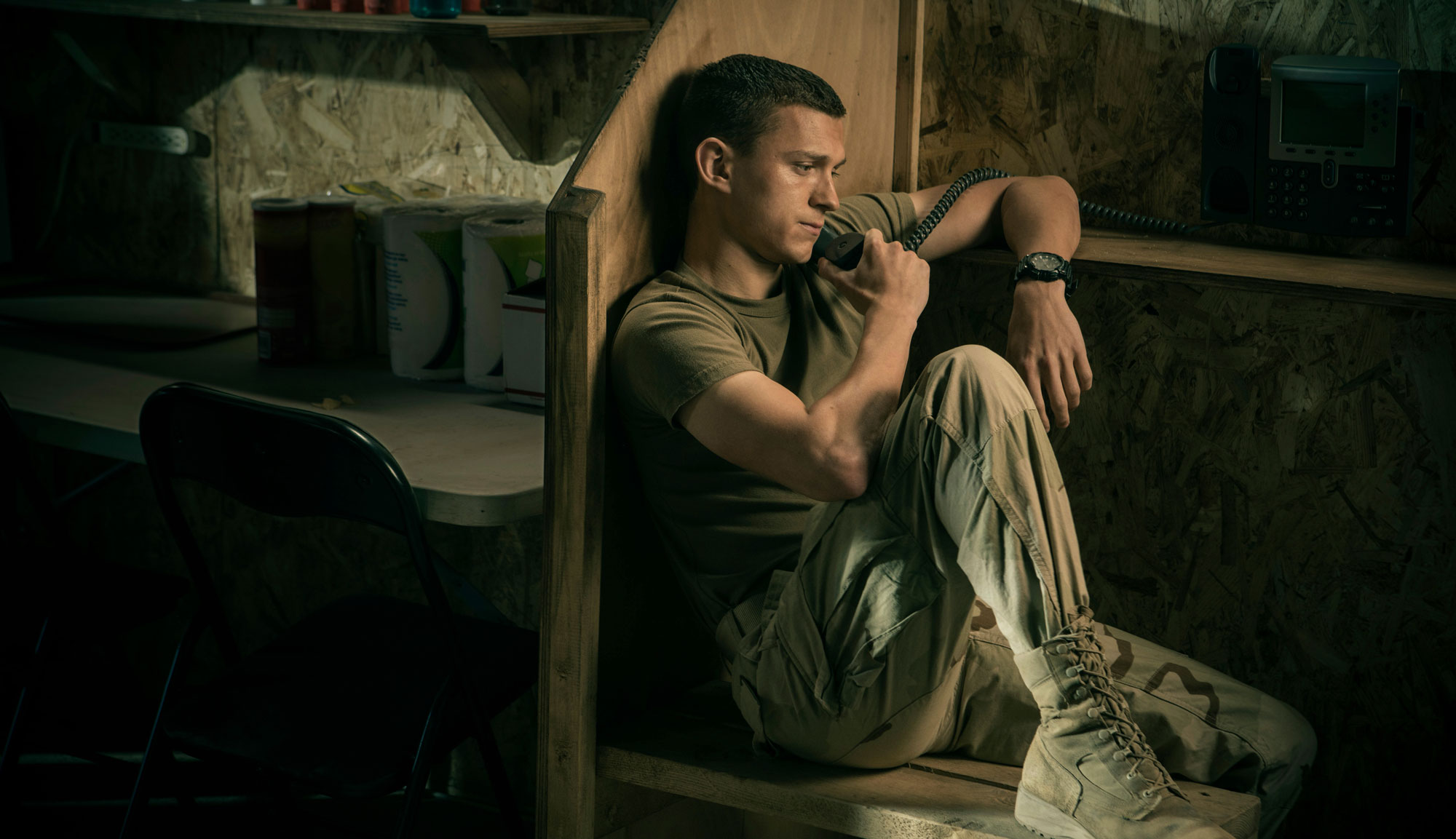 When you see the promotional material for a movie like “Cherry,” it’s not too difficult to realize what’s going on. The first movie directed by the Russo brothers since they made the biggest film in the history of cinema (“Avengers: Endgame”) is sure to attract plenty of eyeballs, especially when it stars Tom Holland, one of the runaway stars of the MCU who made his Spider-Man debut in the Russos’ “Captain America: Civil War.” Additionally, the content — a grim and gritty tale of an Army vet whose PTSD leads him to rob banks to support his drug addiction — is about as far away from the glossy, CGI-soaked sheen of their Marvel work. This is very much a movie created by people making a conscious effort to change their image.

It’s understandable. The omnipresence of Marvel as a cultural touchstone is such that anyone who wasn’t a well-established presence prior to joining the MCU would doubtlessly be thought of in that context for the rest of their career. You make a movie like “Cherry” to show the world that you have more to say, more adult themes to explore, and more nuance and dimension than you’ve been able to show before. Franchise players and child stars go through this all the time, to the point that it could be considered a rite of passage. Daniel Radcliffe, Kristen Stewart and Robert Pattinson have used the fame their tentpoles afforded them to branch out into more complex, thornier fare to both critical and commercial success. It’s only natural that those who have become synonymous with the Avengers IP would do the same.

Holland is the eponymous Cherry, though it’s unclear whether that’s actually his name or simply what people call him. The film follows him through three major sections of his life: first as a delinquent college student, flitting his life away on designer drugs and pinballing from party to party; then as a medic in the Army during the Iraq and Afghanistan wars of the mid-2000s; and finally, in the film’s longest section, as a civilian struggling with PTSD who resorts to opiates to keep his demons at bay. Throughout the film, he’s supported by the love of his life, Emily (Ciara Bravo), staying by his side through the ups and downs, and falling into addiction right alongside him. Friends and enemies come and go over the years until he connects with a small-time dealer known only as Pills and Coke (Jack Reynor). When questionable decision-making puts Cherry in big debt to his dealer, he turns to bank robbing to make ends meet. From that point, there’s nowhere to go but down.

The film’s first act, which takes on a sort of free-wheeling, carefree attitude (think “The Big Short” for the teenage party scene) is clearly designed to contrast with the stark realities of Cherry’s fall from grace, as are the basic training sequences, which are straight from the “Full Metal Jacket” playbook. It all serves the purpose of defining the various stages of his life, but it also makes the film rather disjointed in practice. It settles down in the second half as Cherry descends into addiction, becoming a more traditional drama focused on his growing desperation as he loses all sense of the self that came before. In a vacuum, the approach makes sense. You contrast his free-wheeling days as an innocent, debaucherous young adult with the sobering, soul-crushing dehumanization of basic training and the realities of war, only to then strip that all away as he becomes a shell of his former self, floating through life like a ghost as he turns to crime to feed his addiction. But just because an approach makes sense doesn’t mean it will automatically be satisfying, and “Cherry” always seems a few steps to the left of where it should be.

Indeed, the whole seems to be notably less than the sum of its parts. It doesn’t help that the weakest part of the film is the opening act, where it feels the most trite and forced, followed by the heavily cliched basic training montages. It makes forcing your way through the mediocrity quite difficult, treading water until the film decides to try to become interesting. And yet, even when it theoretically picks up, it doesn’t get all that much more interesting; it’s just a little bit easier to bear thanks to the Russos leaving the majority of the flourishes to the side in favor of trying to focus on the drama. It’s tough when a film isn’t all that engaging when it’s at its best, especially when there’s a total of two hours and 20 minutes to sit through. Part of the problem lies in the design of the script, some of it in the direction and quite a bit of it in the length, but the real problem is the way all of it comes together to make a story that should be enticing on paper into something so wholly uninspired.

Holland is a more than capable actor, having shown his darker side already in last year’s “The Devil All the Time,” and yet he doesn’t have enough to sink his teeth into to lift “Cherry” out of the mire. Whether it’s Holland trying to show the world he has more to offer than being a wholesome teenage superhero or the Russos trying to shed a similar potential typecasting, “Cherry” feels like a movie full of people swinging for the fences and popping the ball straight into the sky for an easy out. There is such a thing as too much direction, which may be the film’s biggest sin, throwing so many techniques and camera tricks at the wall that it completely fails to satisfy in any way. If anything, “Cherry” proves that Holland certainly has a non-spandex future in this business, but the Russos’ attempt to move on to something greater shows a lot to be desired.