Trending
You are at:Home»Entertainment»Movies»Movie Review: “The Devil All the Time” 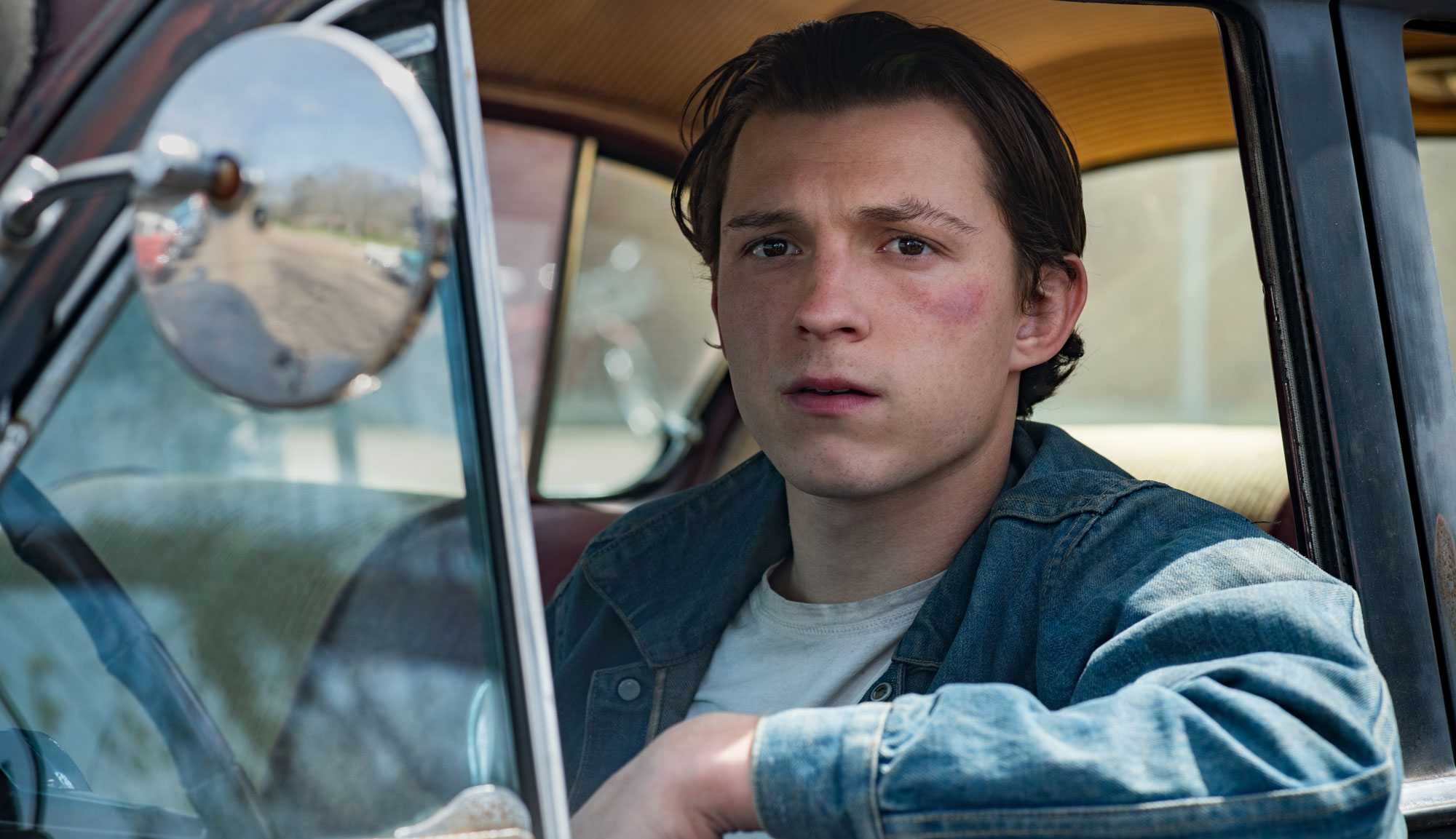 I don’t think I could blame anyone for wanting some escapism during these tough times. A global pandemic requiring extended quarantining, the decimation of the global financial market and the deluge of unemployment that followed, the widespread wildfires burning down the West Coast and civil unrest gripping the nation would make even the heartiest person want to hide under a blanket and watch something happy and uplifting.

Of course, director Antonio Campos (“Christine”) couldn’t have known this would be the environment into which he would be releasing “The Devil All the Time.” Adapted from Donald Ray Pollock’s book of the same name, “The Devil All the Time” is the sort of unrelentingly bleak and nasty piece of work that no one could possibly consider hopeful or aspirational in any way. Centered around small towns in West Virginia and Ohio, the film follows a series of poor unfortunate souls just trying to live their lives in relative peace and utterly failing to do so. Whether it’s World War II veteran Willard Russell (Bill Skarsgård), his son Arvind (Tom Holland), local sheriff Lee Bodecker (Sebastian Stan), a pair of magnetic preachers (Harry Melling and Robert Pattinson) or a couple (Jason Clarke and Riley Keough) with a predilection for picking up hitchhikers who never reach their destination, everyone in and around Knockemstiff (an actual real-world place, as crazy as that sounds) has something to atone for by the time the credits roll.

Campos, who co-wrote the script with his brother Paulo, makes it clear from the jump that this is adapted from a book, beginning with a narrated description of the setting over a map of the United States. The narration is done by Pollock himself, presumably paraphrased from his book, and it becomes a constant refrain throughout, filling (and at times overfilling) in the blanks and keeping the plot moving forward and the characters’ motivations front and center. It grows tiring rather quickly, which is unfortunate considering how omnipresent it is. It seems likely that Campos was going for the sort of sprawling Southern Gothic tale popularized in the first half of the 20th century with the violence ratcheted way up for modern times, but the material just isn’t there to support that approach.

“The Devil All the Time” revels in the needless cruelty of its characters. There are few, if any, truly faultless victims, and the protagonists (such as they are) all seem gleefully happy to continue the unending cycle of violence. This is meant to take on a sort of grim determinism — that no matter how good a person Arvind tries to be, he’s destined to give in to the darkness, whether of his own accord or for his own safety. Campos’ ability to make that approach profound is where he runs into trouble. More often than not, we only know these characters as abstract expressions of hatred and violence because Campos hasn’t done the legwork to make them compelling. As such, it’s tough to think of “The Devil All the Time” as anything more than an expression of violence without the ability to bridge the gap into the humanity of the world they terrorize.

That’s a shame, because Campos has amassed a truly impressive ensemble for his grimdark tale. Holland and Pattinson are the most publicized leads, which is questionable when you see how little screen time Pattinson has, but beyond them, nearly every name in here has done great work in the past. You’d arguably like to see more of Mia Wasikowska or Eliza Scanlen, but in a world this violent, no one can avoid being fodder for some dark deed for too long. Most are simply asked to employ a bottomless supply of menace, designed to make the collision course that all these dastardly characters have been put on pay off. Nearly everyone pays for their actions in some way by the time the credits roll, but the catharsis you often get from seeing bad men receive their comeuppance is muted and desensitized by the nonstop calamity. It’s not about who’s going to meet their end but when. So many of the events seem random and without meaning that when meaning is sought, it’s simply lost in the noise.

This is not to say that there’s absolutely nothing to gain from watching “The Devil All the Time.” When your cast is this good, they’re going to do plenty of good work, even if the content of the film lets them down. Melling (so far removed from his years growing up in front of our eyes as Dudley Dursley) is an utterly magnetic presence in his scant scenes, so much so that when Pattinson shows up later in a similar role, some of his thunder is stolen. Keough also impresses, getting the opportunity to play one of the few characters with the capacity for remorse as her husband’s actions become more and more depraved. So, from that perspective, “The Devil All the Time” can be quite watchable — it’s the lack of a satisfying end that derails it. And when that end plays out, it makes you question the ordeal you just went through; the grisly images, the gore and the violence isn’t as easy to swallow when it’s not in service of something greater. It’s an exercise in punishment, and at times a well-executed one, but without something to grab onto at the end of it all, you’re left grasping in the dark.