Trending
You are at:Home»Entertainment»Movies»Movie Review: “One Night in Miami” 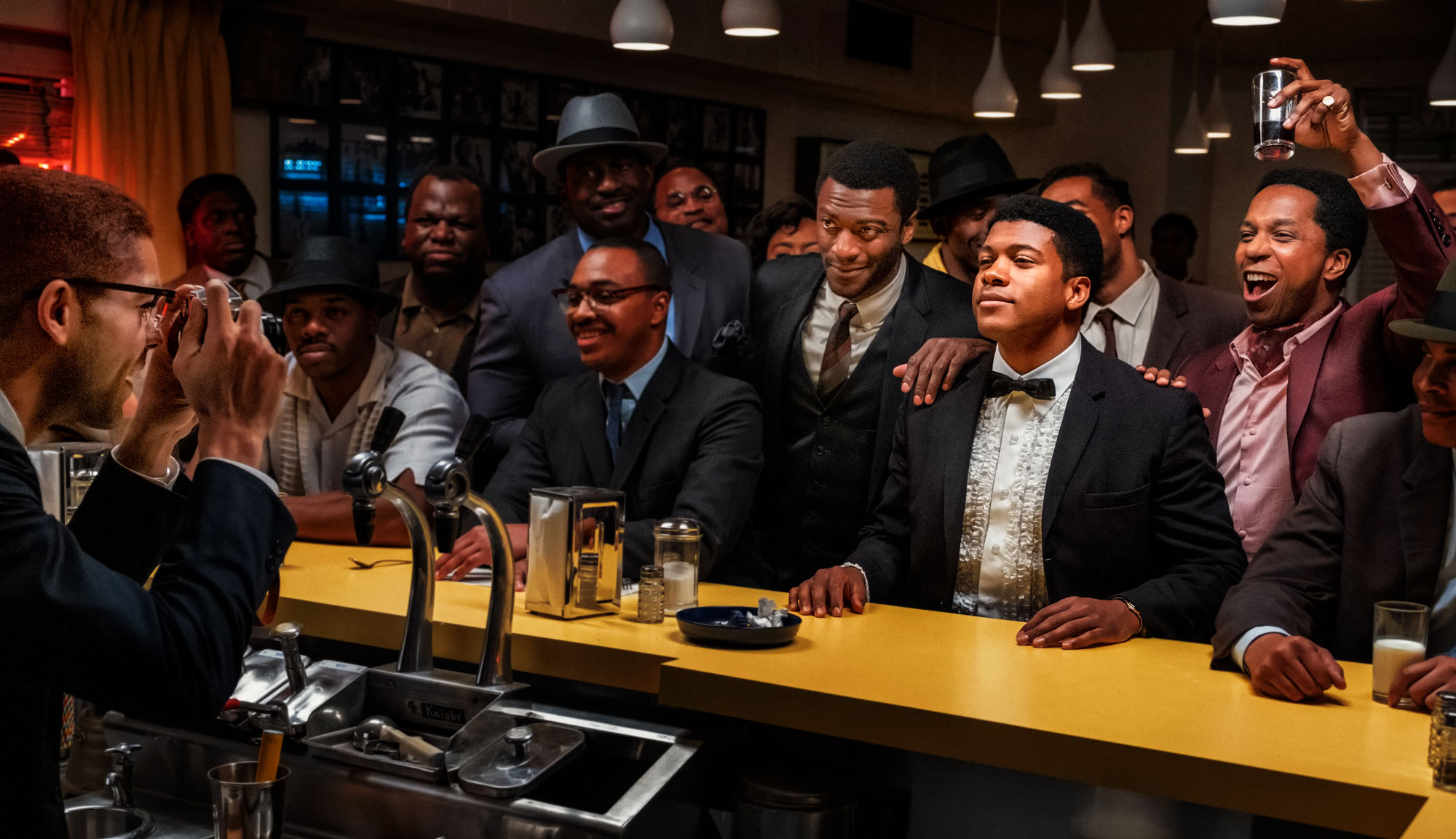 It’s often but not always the case that when actors become directors, their early work focuses heavily on acting showcases. The conventional wisdom is that actors know acting and thus would be far more comfortable directing a project focused on acting than, say, a huge action movie. It’s a reductive claim to be sure — one that can easily be debunked by looking at the likes of “Night of the Hunter,” “Get Out” or countless other examples — but the stereotype doesn’t come out of nowhere. Regina King, two years removed from her Best Supporting Actress Oscar for “If Beale Street Could Talk” and one year removed from starring in HBO’s beloved “Watchmen” miniseries, is making the leap from in front of the camera to behind it, and for her first feature, she does fall rather neatly into the expectations. Her material is a stage play, “One Night in Miami,” adapted for the screen by its playwright, Kemp Powers. The premise is simple, imagining what would happen if four of the most iconic black men of the 1960s (Malcolm X, Sam Cooke, Jim Brown and Cassius Clay) spent a night together in a hotel room in Miami and talked.

The film opens with some table setting, showing each of our four interlocutors in their own element. Jim Brown (Aldis Hodge) meets with an influential white man on the porch of a giant Atlanta manor but is notably not allowed to enter the house itself due to the color of his skin, despite the fact that he’s just broken the NFL’s rushing record; Sam Cooke (Leslie Odom Jr.) plays a less than stellar gig at the famed Copacabana; Cassius Clay (Eli Goree) dispatches a fighter with relative ease; and Malcolm X (Kingsley Ben-Adair) has a quiet moment with a wife who doesn’t know if he’ll make it home alive each time he leaves the house. Four black men at the top of their relative fields — each with a unique take on what it means to be black in America in the 1960s. They’re all on a collision course with the city of Miami, with Malcolm X, Brown and Cooke invited to Clay’s heavyweight title bout against Sonny Liston that he would be destined to win. Instead of painting the town red in celebration, Clay brings the group to Malcolm X’s humble hotel room for a night of quiet contemplation.

There’s no doubt that “One Night in Miami” takes some time to get moving, but once it does, it turns into something truly special. The film’s stage play pedigree is plain, as much of its second half consists of four people talking in one room, but it’s the content and the performances that become so captivating. It’s a battle of ideologies, with Cooke and Brown bristling at the idea of Clay joining the Nation of Islam, seeing it as a power move by Malcolm X to bring people to the side of his highly controversial group. Malcolm X, though, is a true believer — fiery and passionate about what the group has done for his life and his spirituality, as well as the fight against racism and prejudice raging across America. There is not a right or wrong here; neither the play nor King are looking to endorse a specific outlook, which frees the film up to let these four men loose.

It’s simple enough to look at these four icons as wanting the exact same thing. They all want to see the status of the black race rise in America, but that doesn’t mean they have the same interests, same approaches or same goals in doing so. What makes the back half of “One Night in Miami” so engaging is the way it gives everyone their time in the sun. Clay perhaps has the most interesting angle in the film; he’s the youngest of any of them by nearly a decade and has clearly fallen for Malcolm X’s personality as well as his faith. Yet he doesn’t necessarily show the same conviction — something that both Brown and Cooke see as proof that Malcolm is using him and his celebrity to raise the profile of the Nation of Islam.

Goree does an excellent job recreating Clay’s trademark swagger and cadence but showing something more vulnerable and impressionable away from the cameras and the crowds. Hodge, who’s having a nice year between this and his excellent turn in “The Invisible Man,” probably has the least flashy of the four roles, but he is a strong and steady hand. Ben-Adair and Odom Jr. are the standouts, though, with the latter taking full advantage of his angelic voice and Ben-Adair speaking his words with authoritative passion. They’re also the most ideologically opposed and thus have the juiciest material to sink into because of it.

It’s been a strong year for black voices in the movies, from “Da 5 Bloods” to “Bad Hair” to “His House” to “Ma Rainey’s Black Bottom” to Steve McQueen’s “Small Axe” quintet. That seems especially apt considering the civil unrest of the summer, despite all of these projects having been completed long before George Floyd’s name entered the national consciousness. “One Night in Miami” may not be the best of these films, but it stands in solidarity with all of them — a piece of historical fiction that offers a unique look at how the fight for civil liberties, rights and respect is not one homogenous experience. As a filmed version of a stage play, King succeeds by keeping things simple, understanding the material’s effectiveness as a chamber piece and eschewing the desire to expand its reach to justify the silver screen. “One Night in Miami” works best when its four leads are in the same room hashing out what it means to be black celebrities in the middle of the civil rights movement. Luckily for us, that’s basically all it is.