Trending
You are at:Home»Entertainment»Movies»Movie Review: “Downhill” 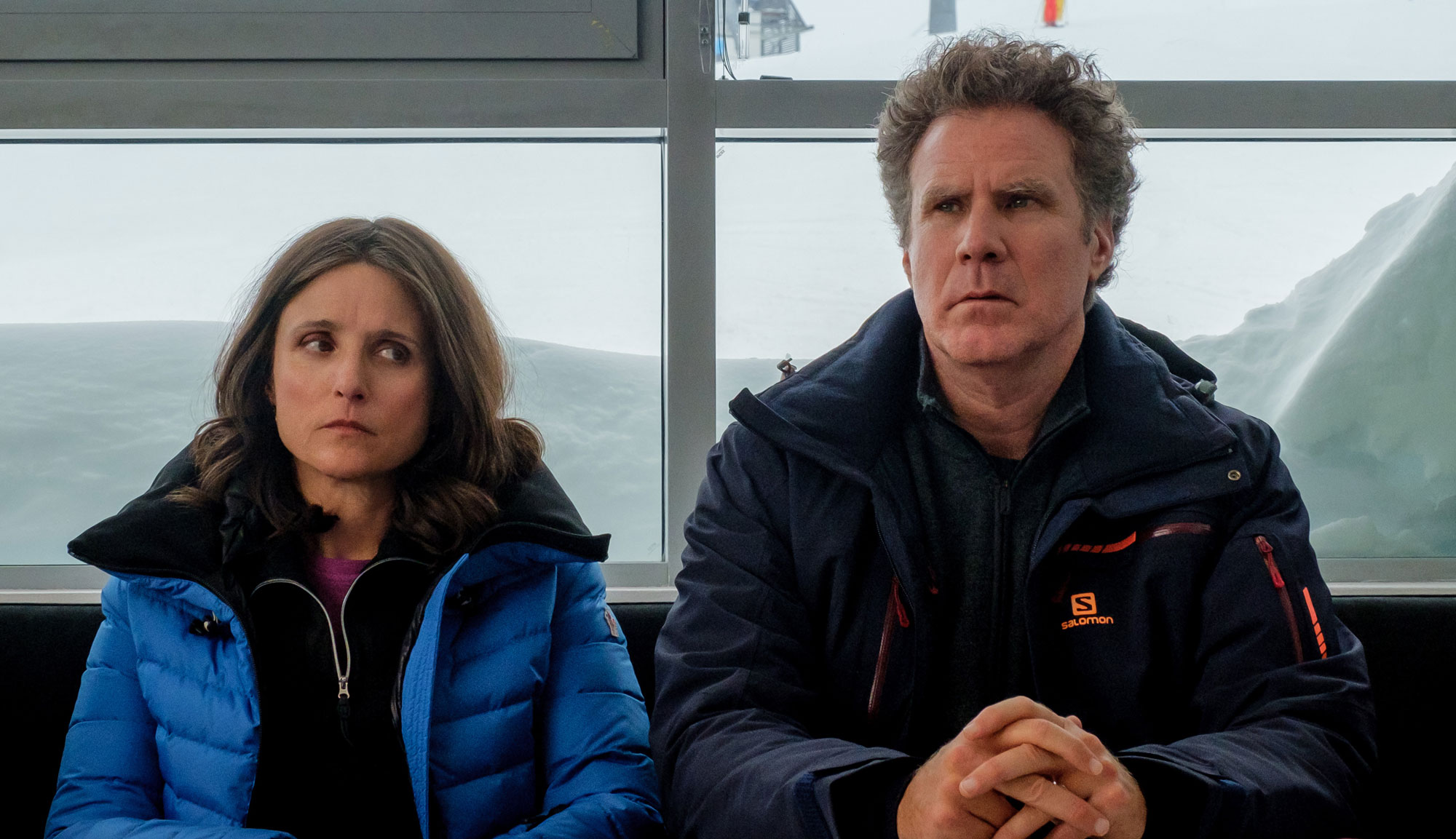 It’s fairly serendipitous that my first review following “Parasite’s” incredible awards season is an American remake of a very recent Swedish movie. There’s an aversion to foreign cinema in large swaths of the United States, and Hollywood capitalizes on that by remaking many foreign films, usually without most audiences even realizing it’s a remake. But there’s something to be said for the translation of these stories, as some cultural elements have to be changed, leading to different approaches and revealing new perspectives. “Downhill,” the American adaptation of Ruben Östlund’s “Force Majeure,” adds clever wrinkles and broad jokes to the original tale to produce a film that’s pretty funny if overly familiar.

Americans Pete and Billie Staunton (Will Ferrell and Julia Louis-Dreyfus, respectively) are at a ski resort in the Austrian Alps for a vacation with their sons, Finn (Julian Grey) and Emerson (Ammon Jacob Ford). While dining outside, they notice an avalanche occurring nearby, initially assuming it’s controlled until the flume of snow gets closer and closer. Right before the cloud engulfs them, Pete grabs his phone and runs away from the table, leaving his wife and sons behind. It turns out that it was just a heavy dusting of snow, but Billie is shaken to the core by the fact that her husband abandoned her during a potentially deadly avalanche. Pete refuses to acknowledge the events, and the family holiday grows increasingly strained, especially with the addition of Pete’s coworker Zach (Zach Woods) and his girlfriend Rosie (Zoe Chao), a promiscuous resort host (Miranda Otto) and one incredibly suave ski instructor (Giulio Berruti).

“Downhill” feels like a callback to the upper middle class relationship dramas from the late ‘90s and early ‘00s — a time when Americans, due to relative normalcy and stability in the nation, turned inward and examined the fragile veil of decency that hangs over all societal constructs, particularly in families and relationships. “American Beauty,” “Little Children,” “Your Friends & Neighbors,” “In the Company of Men” and other films looked at the thin veneer that could easily be cracked to reveal all the pettiness, resentment and dark facets that lie underneath seemingly “normal” and “healthy” situations.

“Downhill” is also, like “Force Majeure” before it, basically a “Seinfeld” or “Curb Your Enthusiasm” storyline writ large. Larry David and his avatar George Costanza constantly display selfish behavior and poor judgment that is at once freeing but also the catalyst for a lot of stress and fighting. In fact, the inciting plot point of “Downhill” is a slightly modified version of a George storyline from the “Seinfeld” episode “The Fire” in which George notices smoke coming from the kitchen at a kid’s birthday party and then proceeds to push everyone out of the way as he flees the scene.

That sense of familiarity — not even accounting for the fact that it’s a remake — takes a bit of the edge off “Downhill.” This isn’t that unique of a setup or a particularly trenchant observation, which makes the way everything unfolds feel slightly routine and uninspired. However, while that hangs over the film as a whole, writers/directors Nat Faxon and Jim Rash inject enough small changes filled with wit, tension and observant commentary to ensure that each scene doesn’t feel like a foregone conclusion.

“Downhill” explores familiar territory but is different enough from the original to display the filmmakers’ eye for human behavior and weird social constructs. In addition to beautiful vistas of snowy mountaintops and giant blue skies, there’s also a great use of production design that underlines the themes and emotional states pervading the story. All the performances are terrific, including those that seem like caricatures at first, revealing subtle shading and depth that is unexpected. Julia Louis-Dreyfus, in particular, shows an amazing capacity for outrage, sympathy, spite, pain and comedy that makes her incredibly compelling on screen, although her casting only draws out those “Seinfeld” and “Curb Your Enthusiasm” parallels even more. In the end, “Downhill” is a fine film with lots to recommend, but that doesn’t mean that we no longer needs its foreign counterpart.