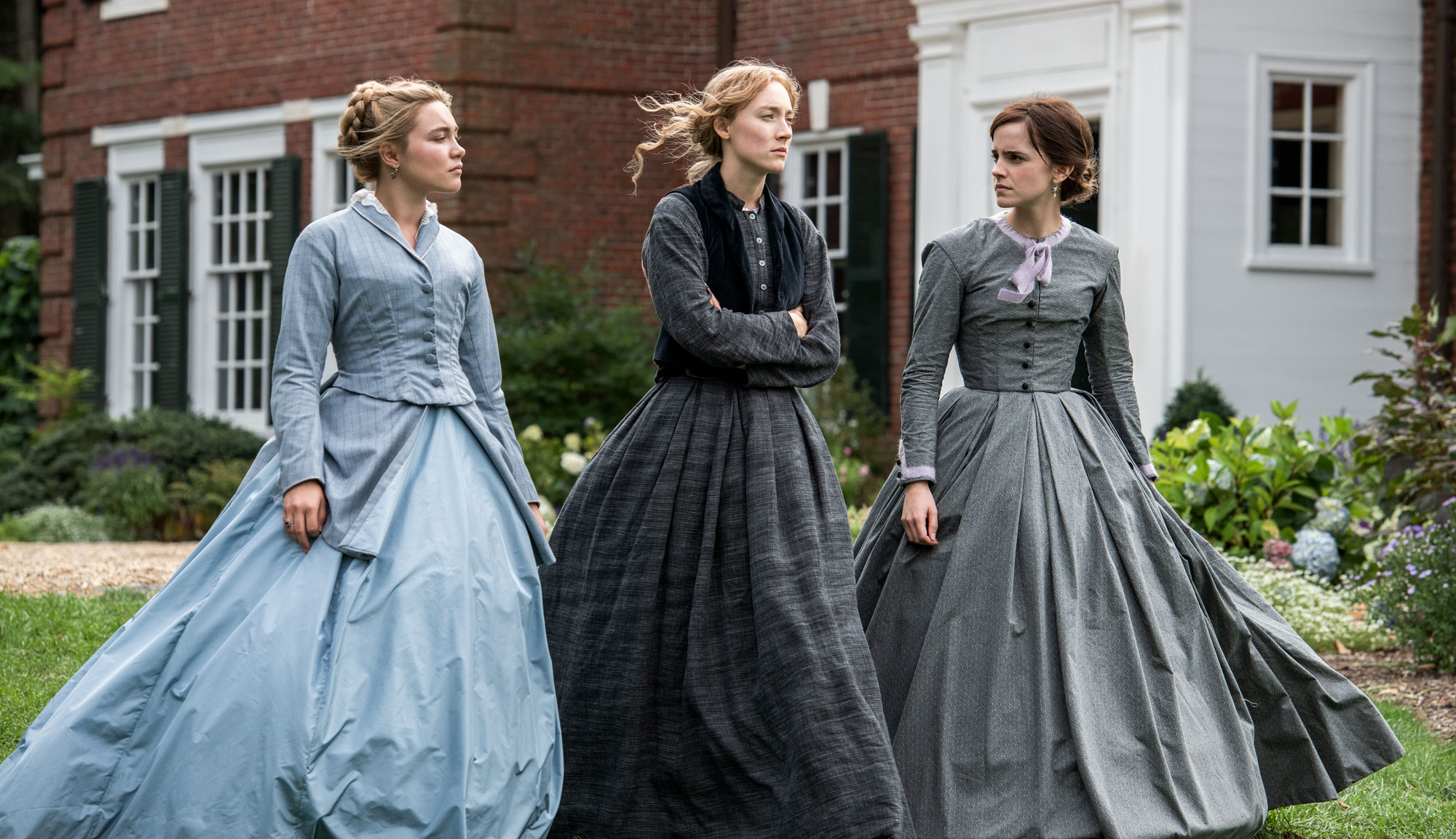 I never read “Little Women” as a kid. It’s likely I was scared off by its association (fairly or unfairly) with the Jane Austens and Charlotte/Emily Brontes of the world, which did not grab me at all when I read them by choice or assignment. It was just another one of those Victorian comedies of manners about girls and their romances with gentlemen callers. Perhaps because of this, the various film adaptations of the book were not high on my list of must-see films and generally passed by me without much notice. So what would make a new adaptation of “Little Women” catch my interest?

The answer, it seems, is Greta Gerwig.

“Lady Bird” made Gerwig a name in the director’s chair, and while it may have been set in the modern day, there’s plenty of shared DNA between the two works. At its core, “Lady Bird” is a coming-of-age film about a young Saoirse Ronan discovering herself and her capacity to love through tumultuous relationships with Lucas Hedges and Timothée Chalamet (with a supporting appearance by Tracy Letts). Some of that has stuck, as Ronan is back as Jo March and Chalamet as Laurie, her love interest (with a supporting appearance by Letts). Ronan is joined by Emma Watson (Meg), Eliza Scanlon (Beth) and Florence Pugh (Amy), as well as Laura Dern, Chris Cooper and Meryl Streep, just in case you weren’t convinced that casting directors Kathy Driscoll and Francine Maisler are playing for keeps.

For the most part, the story remains intact. Gerwig’s script cuts across the two parts of the novel, starting with the women as adults: Jo is a writer and teacher in New York City; Amy has gone to France with Aunt March (Streep), where she happens to bump into Laurie; Meg has settled into family life; and Beth is at home with Marmee (Dern). It’s somewhat of a frame-story structure, though the script begins freely jumping between the present and their youth. The four sisters come of age seven years earlier in Concord, Massachusetts under the watchful and loving eye of their mother Marmee. They’re poor but not destitute, living in the shadow of the regal Laurence mansion, home of Laurie and his father (Cooper). Their great aunt, Aunt March, wants more for them – to marry up and marry rich so they can provide for the family. But that impulse fights against the independent spirit of the young women and their desire to be themselves and marry for love. We know some of what they’re destined to become, but how they got there is key to understanding where they’ll be going.

“Little Women” has trappings of the Merchant Ivory set, opening with an elaborately choreographed high society dance, but Gerwig’s modern sensibilities shine through, instilling it all with an infectious, youthful energy. The choice to cross-cut the time periods of the script peppers up what would otherwise be a rather standard coming-of-age structure, making those who aren’t intimately familiar with the text wonder just what led to the people they became as they forged their separate lives.

Ronan remains Gerwig’s muse, a generationally skillful actress of such poise and heart with a fiery independent streak no doubt familiar to the star of “Frances Ha.” Jo is pointedly an inversion of the characters at the time, far more interested in her own success and providence than defining herself through her love of others – the sort of role perfectly suited to her strengths. She leads the line with grace, which is key for such a formidable ensemble, all of whom deliver good work. While Emma Watson’s post-Hermione roles have often felt mannered or overly performative, that honestly fits the eldest March sister in this case. Furthermore, you can feel the warmth emanating from Dern in every frame, which is a fun contrast to Streep’s haughty chill, who’s amusing in the way that she tries to directly enforce the romantic comedy of manners tropes without realizing that the March girls are not cut from the same cloth.

While the likes of Ronan will grab the headlines, and rightly so – her fourth Oscar nomination is all but inevitable – it’s Florence Pugh who is Gerwig’s secret weapon. Granted, she’s not much of a secret these days after starring turns in “Fighting With My Family” and “Midsommar,” but “Little Women” is far more deserving of her talent. Amy is a bit of a tricky character – the youngest sister firmly implanted in Jo’s shadow and thoroughly resentful of that fact. The frustration manifests through catty asides and bratty outbursts, providing much of the film’s best comedic moments. But she’s not simply a joke; as she grows and works to find her own footing in the world, she becomes something altogether more complex and fascinating.

The quality is felt throughout, not just in the excellence of the performances. Perennial Oscar contender (and two-time winner) Alexandre Desplat provides the score, while cinematographer Yorick Le Saux (who’s been shooting movies for French master Olivier Assayas, as well as François Ozon and Luca Guadagnino, for years) takes full advantage of the natural beauty of scenic New England. It’s a stark contrast from the scenes set in New York with the camera bustling along the busy streets trying to catch fleeting glimpses of Ronan among the sea of people. That sense of energy and life is always there, always engaging and always enthralling. It’s a similar energy to that of “Lady Bird,” but it’s not the simple case of taking what worked there and transplanting it into a period piece setting. Gerwig’s transition from actress to writer/director has been impressive thus far, and the quality of “Little Women” confirms that there’s no sign of it slowing down any time soon.