Trending
You are at:Home»Entertainment»Movies»Movie Review: “Fighting With My Family” 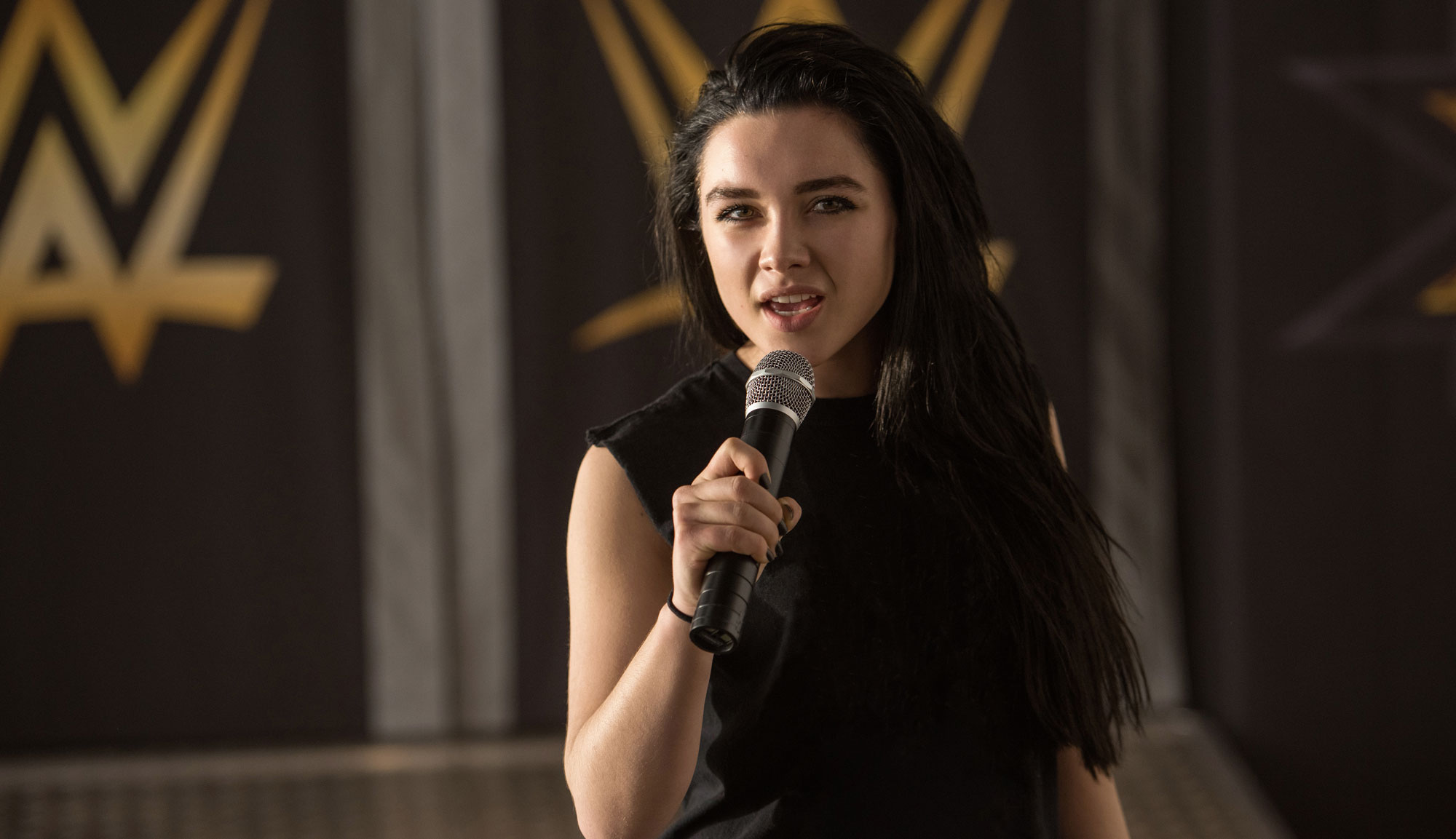 Professional wrestling doesn’t have the strongest pedigree when it comes to movies. Films like “No Holds Barred” and “Ready to Rumble” were attempts to capitalize on various booms in the wrestling business (the Hulkamania era of the late 1980s and the WCW/WWF wars of the late 90s), but neither managed to impress even the most diehard fans, let alone bring new eyes into the fold. The best (and most accurate) wrestling movie, Darren Aronofsky’s “The Wrestler,” doesn’t exactly paint the industry in the warmest light, as it chronicles the way it chews up and spits out even the biggest stars of yesteryear.

For all the efforts of the WWE to become family friendly and embrace a kinder, gentler product, it’s often still viewed as lowbrow entertainment. Attempts by WWE to enter the film world, mostly through schlocky action movies starring their wrestlers, haven’t exactly caught on, and guys like Dwayne Johnson and John Cena have become crossover stars specifically by taking outside projects. Now, WWE has teamed up with Johnson and writer/director Stephen Merchant to make “Fighting With My Family,” a dramatization of the true story of WWE superstar Paige’s rise from an English wrestling family to a world champion. Is this the breakthrough they’ve been looking for?

Paige (Florence Pugh) is introduced to us as Saraya, the youngest of a close-knit family of four born and bred in the UK professional wrestling scene. Her mother Julia (Lena Headey) and father Ricky (Nick Frost) are the owners and big stars of WAW, the World Association of Wrestling in Norwich. Saraya is a born wrestler, but it’s not as much of a passion for her as it is for her older brother Zak (Jack Lowden). Zak’s dream is to wrestle for the WWE one day, even though he’s a soon-to-be father with his girlfriend Courtney (Hannah Rae). Soon enough, Zak and Saraya are invited to try out for WWE’s developmental brand, NXT, by their head trainer Hutch (Vince Vaughn) while they’re touring England. But when Saraya gets the call to move to the U.S. and join NXT full-time and Zak doesn’t, their divided career paths put a strain on the family. Saraya, now rechristened as Paige, must contend with moving to a new country and a new life by herself, leaving her family and her support structure behind her.

Merchant (who also cameos in a few scenes as Courtney’s comically refined and out-of-his-depth father) seems on the face like a bit of an odd choice for writing and directing “Fighting With My Family” as a broad PG-13 family comedy. Predominantly known for his work with Ricky Gervais as co-creator of the original version of “The Office” and “Extras,” as well as writing and directing his own show, “Hello Ladies” on HBO, Merchant is far better known for the sort of cringe comedies of manners that arose thanks to “The Office” than what seems to be this film’s demographic. The trademark acerbic wit Merchant has shown in his career is sanded down here, and it’s clear that “Fighting With My Family” is specifically aimed to continue to establish WWE as a sort of family-friendly brand and the increased revenue and advertising dollars that would provide. And for the most part, the film is content with playing it safe, providing a pretty standard sports biopic set in the pro wrestling world that allows Merchant to spice things up on the fringes without messing with the overall vision.

The way “Fighting With My Family” attempts to distinguish itself is through the focus on, well, the family. Much of the second half splits time between Paige’s experience in Florida and Zak contending with the death of his dream back in Norwich. He quickly spirals out of control, the spark extinguished, especially as Paige struggles to fit in among the swimsuit models who weren’t raised in the wrestling culture in the States. They both need each other, but neither is humble enough to admit it, forcing them to suffer in silence. Pugh and Lowden play their parts well, though the film’s compressed timeline doesn’t give us that much time to live with Paige as a developmental wrestler before she gets the call to the big stage, thanks in part to The Rock (Johnson playing himself). Lowden arguably gets the flashier scenes, brimming over with angst, despair and jealousy, but from an entertainment perspective, the real heroes of the film are Frost and Headey, the uncouth but loving heads of this wacky household. They get to bring the most humor and sneak in a bit of emotion here and there when called for.

“Fighting With My Family” feels very comfortable predominantly staying in its lane as an acceptable if unremarkable studio comedy. It’s a biopic too, but Merchant isn’t exactly aiming for awards season prestige here. What is abundantly clear is the production’s attempt to show WWE in the warmest light possible, sanding down its rough edges to attract a wider audience and explain its appeal beyond those who have already bought in. Combine that with some expected inspirational sports movie beats and that’s the formula settled. Still, Merchant manages to keep the laughs coming and the story interesting, and the casting is immaculate. It’s possible that “Fighting With My Family” may bring some new converts into the fold, but it’s a decent enough time at the theater even for those with no interest in pro wrestling. It lacks staying power but entertains more often than not.