Trending
You are at:Home»Vices»Drink of the Week: Boris Karloff 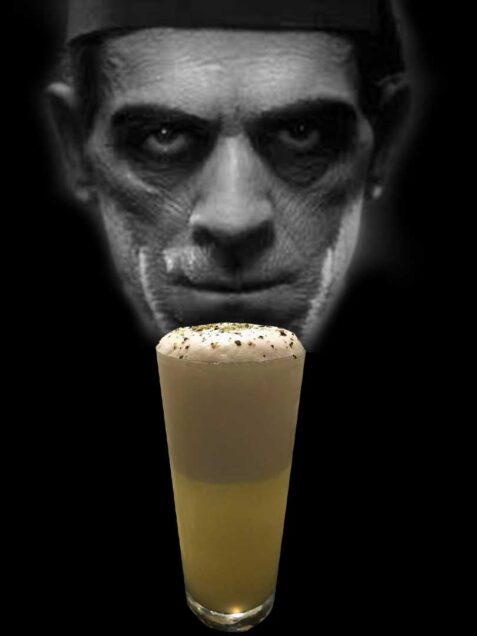 Scary movie season has arrived and even though I’m a bit too much of a squeamish scaredy-cat to see the majority of modern day horror flicks, I’m still attached to the genre when it’s more fun and less traumatizing/ultra-gruesome. Much like my cocktails, I like them classic and I’d prefer they don’t actually make me feel sick.

I therefore can’t think of a better way to start this series out than with a tribute to arguably the greatest horror-associated actor of all time. Oh, and I did I say I was done with fizzes in my last post? Guess I was lying.

Born William Pratt in 1887, Boris Karloff actually died William Pratt in 1969 as he never legally changed his name but between those dates he went very much his own direction. Born into an Anglo-Indian colonial family, the young Pratt was a poor student who fled the comforts of home and supported himself at manual labor. He gradually found his way to becoming an experienced stage actor and then onto silent films. With a mug like he was never going to be leading in the movies, but he nevertheless was a star in early talkies with roles as bad guy gangsters and, of course, the one true Frankenstein’s monster.

Today, IMDb lists some 206 film credits for Karloff. Inevitably, he made plenty of stinkers but his career ended far better than for most of his horror contemporaries.  His early sixties anthology TV series, “Thriller,” might not have captured the same attention as “Alfred Hitchcock Presents” and “The Twilight Zone” but it’s remembered fondly. Another anthology, Mario Bava’s hit film, “Black Sabbath,” is a favorite of many horror buffs and Karloff is a treat in it. Even in his final couple of years he made a few odd-ball masterpiece like the terrific but little known medical chiller “Corridors of Blood,” where he played a compassionate 19th century surgeon driven to extremes in the search for anesthetia. And then was Peter Bogdanovich’s film debut “Targets,” a blend of too real horror and inside-Hollywood comedy Quentin Tarantino clearly looked to in his latest. 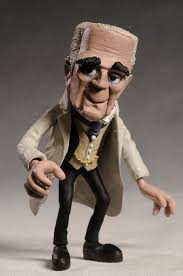 Karloff also played Dr. Frankenstein in a sentimental childhood favorite of mine. A kid-friendly stop-motion musical-black comedy, “Mad Monster Party” doesn’t really hold up in adulthood. Even so, it’s another hypnotic Rankin/Bass production for you “Rudolph the Rednosed Reindeer” fans and Mad Magazine cartoonist Jack Davis’s character design captures the not-so-dark heart of Karloff. Oh, and I nearly forgot to mention that he was the voice of the original and only true cinematic Grinch.

As for today’s drink, Boris Karloff, the story is vague but noted bartender Todd Thrasher says that its name has something to do with Boris Karloff’s famed turn in the original Broadway production of “Arsenic and Old Lace” which involved a pair of sweet old lady serial killers and poisoned elderberry wine. My version of Thrasher’s drink amps up the gin quite a bit for a less sweet, less tiki drink that I find preferable. Mr. Karloff was a respected gentleman of taste and I think he’d agree.

Combined all of the liquid ingredients in a cocktail shaker without ice. Shake “dry” to emulsify the egg white. Then add lots of ice and shake again as vigoriously and as long as you can stand. Strain into chilled highball glass. Top with soda water. Add the pepper and lime zest and, damnit, watch something with Boris Karloff in it. You’ll be glad you did!

*****
Honestly, this drink worked great with every gin I tried it with — though that’s not to say that the choice of booze didn’t matter. The mixable, lightly flavored Gordon’s stayed in the background but still provided effective support. Bombay Saphhire stepped up a bit with a of a botanical flourish in the back of the mouth while Tanqueray Rangphur add some extra sitrus sour but just enough to make the drink a bit tangier. Best of all in this drink, I thought, was Whitley Neill with it’s more bittersweet — well, mostly bitter to my tongue — notes that provided a really excellent bottom for the drink. Yum.

And now watch some Boris Karloff, damn you!