Trending
You are at:Home»Vices»Drink of the Week: The San Diego Cocktail 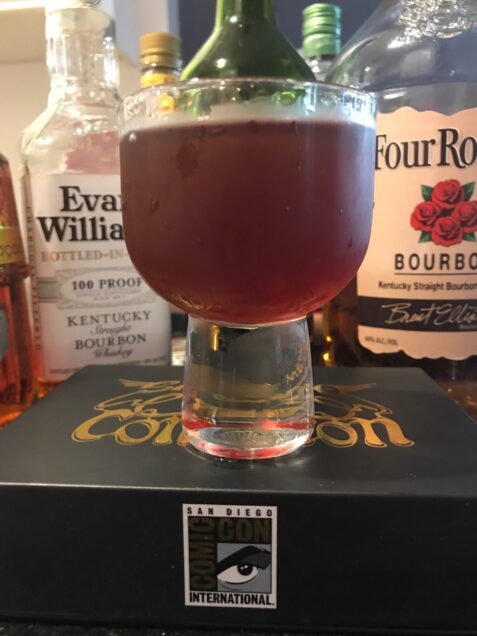 This week’s drink is a complete mystery in terms of where it came from and whether anyone still actually drinks it. It’s not in The Savoy Cocktail Book, The Joy of Mixology, The Mr. Boston Bar Guide, nor Vintage Spirits and Forgotten Cocktails, though it’s definitely a nearly forgotten forgotten as far as I can tell. I chose the San Diego Cocktail because 1. I was looking for more drinks that contained Dubonnet after last week’s introduction to this formidable ingredient. 2. As you read this, I’ll be in the middle of a solid week in San Diego County, most of it at Comic-Con, aka Cannes for Geeks or Sundance for Non-Vegans.

Here’s my version of a drink that, as far as I can tell, exists only in one mixology database and nowhere else, though it obviously originated someplace.

Put the ingredients in a cocktail shaker or mixing glass with lots of ice and stir. (I wouldn’t rule out shaking it, but it just felt wrong to me.) Strain into a chilled cocktail glass and consider California’s underrated and often overlooked third city. It’s bigger and more diverse than you think. One of these days I’m going back to that zoo they have their.

The recipe I found only has one ounce of bourbon, but I found that drink much too sweet with Four Roses. 100 proof Evan Walker, on the other hand, stood up a great deal better to the sweetness onslaught of orange curacao. Still, I decided that what this alcoholic beverage needed was more alcohol. That did the trick. It’s a nice Manhattan variation.

If you’re using a relatively gentle 80 proof spirit like Four Roses, it might be advisable to use a drier curacao. At least that worked when using Pierre Ferrand Dry Curacao, which is still fairly sweet. If you’re using a tougher bourbon, just go with your preference.

And now a benediction for one of the lovliest parts of California, and therefore the world, from a former Chula Vista resident.