Trending
You are at:Home»Entertainment»Movies»Movie Review: “The Kid Who Would Be King” 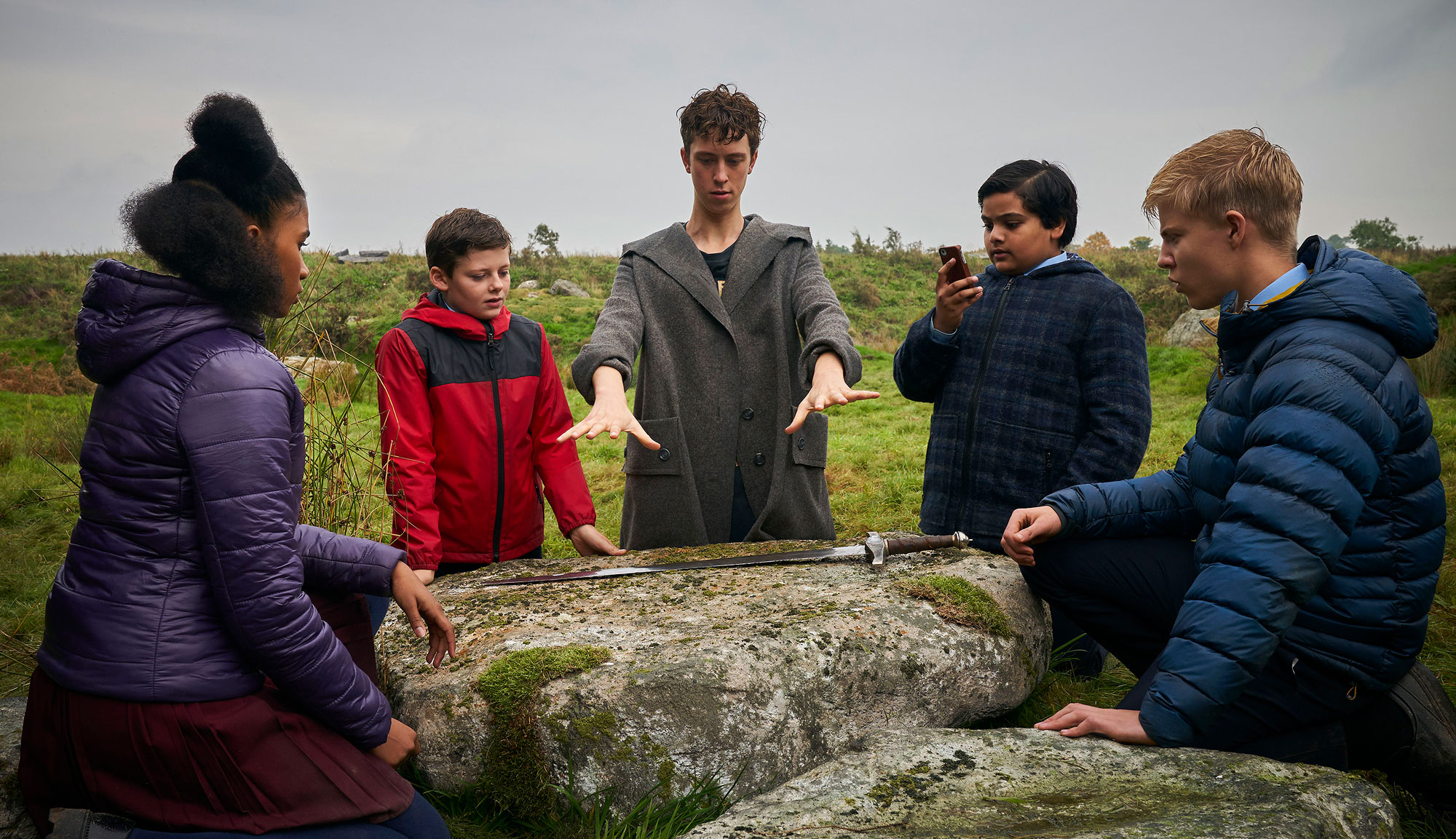 The filmmakers of the present tend to be chasing the movies of their past. That is to say that with each new generation of directors, the stories that influenced them at an impressionable age come back filtered through their own experiences and with a new twist. The so-called Movie Brats of the 70s (Spielberg, Lucas, Scorsese, Coppola, De Palma, etc.) were raised on serials, adventure stories and Hollywood studio system classics, which led to films like “Star Wars,” “Raiders of the Lost Ark” and “Scarface.” That era of filmmaking has now come full circle with the latest crop of directors, who wear their Movie Brat influences proudly when telling fantastical tales grounded in human emotion just like their heroes before them.

Some express this nostalgia overtly with success (see “Stranger Things,” “Turbo Kid,” “It“), while others wear those obvious references poorly and awkwardly (“Bumblebee“). Writer/director Joe Cornish’s latest film, “The Kid Who Would Be King,” is a family adventure in the mold of ‘80s Amblin fare that’s focused primarily on children pitted against menacing adults while learning tough but important lessons about life. This retelling of the Arthurian legend is an incredible throwback that captures the spirit of the most rollicking young adult tales without aping style (or resorting to awkward nostalgia) and produces something both familiar and unique.

Alex (Louis Ashbourne Serkis) is a typical kid who doesn’t quite fit in at school. Raised by a single mom (Denise Gough) after his dad disappeared, Alex tries his best to get by but constantly runs afoul of bullies Lance (Tom Taylor) and Kaye (Rhianna Dorris), who delight in torturing Alex and his magic-loving friend, Bedders (Dean Chaumoo). When Alex removes a sword from a concrete pillar at a construction site, he soon discovers that he’s the heir to the legend of King Arthur. Guided by the sorcerer Merlin (Angus Imrie), Alex is recruited to stop the evil Morgana (Rebecca Ferguson) from rising from her prison deep beneath the earth and scorching the planet in her bid to rule it completely.

“The Kid Who Would Be King” doesn’t have the most unique, interesting or inventive plot. It’s a fairly well-worn trope built on classic stories and childhood wish fulfillment. But Cornish (“Attack the Block“) knows that the devil is in the details, and even if something follows familiar patterns (possibly only Dan Harmon loves Joseph Campbell’s “The Hero’s Journey” more than Cornish), it can still delight thanks to engaging characters, sincere emotion and a fundamental understanding of entertainment. There are no rules to making a good movie, but there are certain recurring elements that people have always responded to in storytelling that can capture imagination. In other words, just because it’s classic doesn’t mean it’s derivative or redundant.

The central cast looks and sounds like real kids, with less-than-perfect control of their emotions and not weirdly glamorous as in other family fare. Their problems are identifiable; their struggles with insecurity, anger and fear resonate as we’ve all experienced in those awkward formative years. They play off each other well in a way that never feels too cute or forced, and that helps them bond with the audience. The doubt and uncertainty that all children feel about their place in school, in the world and in their own families is amplified by the sense that the world is in a similarly precarious position. Not due to some supernatural evil, but rather the greed, incompetence and bureaucratic evil of adult leaders who no longer care about planting a tree they won’t live to see grow.

That theme resonates throughout the film in many ways (some subtler than others), but it is an important message for every young generation to hear: Mistakes have been made by people you thought they knew better, but that doesn’t mean you can’t fix them. It’s the sort of “kid power” motif that ran through a lot of kids’ movies from the late ‘80s to the mid ‘90s, but it’s never grating or used in opposition to the adults like those shrill Nickelodeon-esque films. There is a sadness to the adults, and the children seem to recognize that their parents and teachers aren’t happy about things either; it’s a depiction of sympathy for catalysts that leads to a rousing call of hope.

“The Kid Who Would Be King” isn’t perfect. Like most movies, it runs too long, has a few pacing issues and could have done with some variety in the type of adversaries the kids face, but it is funny, charming, inspiring and a heroic act of imagination. It recalls those dreams of youth and instills in its target audience a sense that they can wield a sword against the darkness as well. Cornish treats the threats seriously, establishing real stakes, and also propels many adventure sequences with a joy rarely felt outside of recess. “The Kid Who Would Be King” is clearly molded in classic literature, processed through children’s movies of the 80s and then reshaped with the mind of someone living in our current predicament. The movie takes all of these familiar influences, cues and tropes and delivers something that will inspire another generation of filmmakers 30 years from now.