Trending
You are at:Home»Entertainment»Movies»Movie Review: “It” 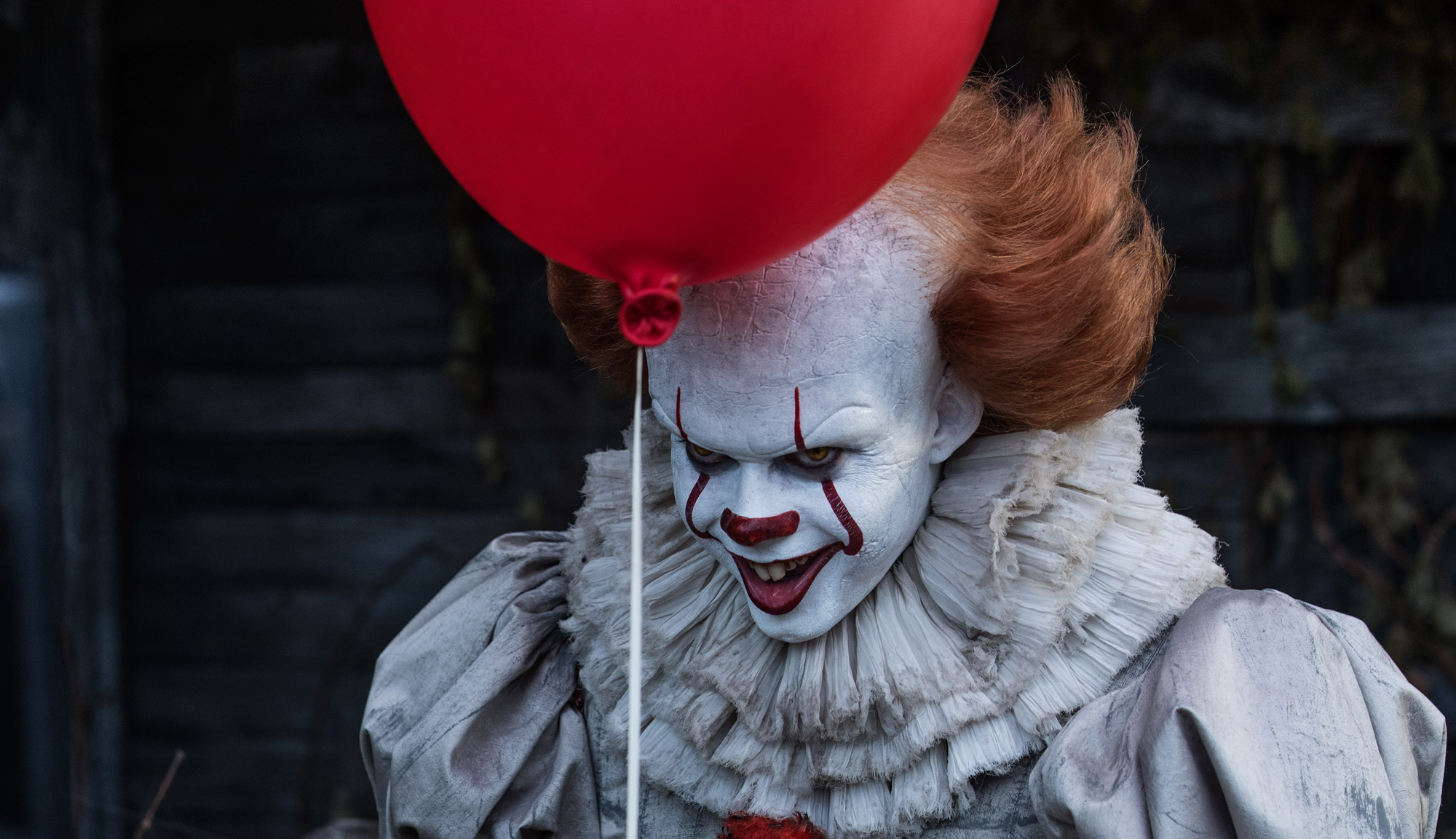 Warner Bros. had to have been shaking in their boots a little bit when “The Dark Tower,” based on the much-beloved series of Stephen King novels, died a quiet death at the box office a mere four weeks ago ($47 million domestic gross, $60 million budget). The executives surely saw stink lines emanating from the cold, dead carcass of “The Dark Tower” like an alien life force searching for a new host, only to imagine it making a beeline for their own decades-old adaptation of a Stephen King property, “It.” Panic ensues. “Is Stephen King over? My God, we even planned to make a second film from this book, from the viewpoint of the adults! What on earth were we thinking?”

Then they watched the film again, took a deep breath and said, “Never mind, we’re good.” Longtime friend and former Bullz-Eye contributor Will Harris said that there is a fair amount of “Stand by Me” DNA in “It,” and damned if he isn’t dead on the money. Tightly wrapped around the tale of terror at the film’s core is one very messed up coming-of-age story, and it’s important that the two share equal time on screen. There may be an evil clown murdering children, but like it or not, real life is still happening to these kids. “It” deftly blends the horrific with the awkward, the absurd and a healthy dose of the profane. As an added bonus, we have a breakout star on our hands in the name of Sophia Lillis, for whom it’s only a matter of time before someone tries to cast her as Amy Adams’ daughter or younger self. And in writing that sentence, I do 30 seconds of research and discover that it’s already happened; Lillis plays a younger Amy Adams in HBO’s upcoming adaptation of the Gillian Flynn novel “Sharp Objects.”

In late 1988, young Georgie Denbrough (Jackson Robert Scott) takes a paper boat made for him by his older brother Bill (Jaeden Lieberher) and follows it along the street during a rainstorm until it washes away into a sewer. Peering into the gutter, Georgie sees Pennywise the Clown (Bill Skarsgård), who coaxes Georgie into reaching for the boat, whereupon he pulls Georgie into the sewer, but not before taking off his right forearm.

Cut to the following summer, where Bill and his so-called loser friends, on summer vacation and no longer trapped within the same four walls as their bully tormentors, still spend every day hiding from those same bullies (the northeastern town of Derry in which they live is very small). Along the way, Bill and his crew make some friends, namely Mike (Chosen Jacobs), presumably the sole black kid in town, and Beverly Marsh (Lillis), who has already suffered more than all of them combined. As they share their stories of being individually haunted by a spirit that preys upon their darkest fears (with most of them seeing Pennywise), new kid Ben (Jeremy Ray Taylor) connects the dots between the events of the past with those of the present. Despite the evidence, the kids quickly learn that they cannot count on their parents to save them and embark on a suicide mission to end the reign of terror.

On the scare-o-meter, “It” isn’t quite up there with the “Conjuring” films, but they share a similar, old-school approach to what makes for a scary movie. Director Andy Muschietti has little use for jump scares, opting for a series of exhausting slow burns (the scene with the slide projector is one for the ages) that are the stuff of, if not nightmares, at least a very poor night’s sleep.

More impressive is Muschietti’s work directing a cast of teens. It’s a sword that even talented directors have fallen on at some point (Francis Ford Coppola, we’re looking in your direction), and Muschietti handles it with aplomb. Lieberher is the clear lead as the stuttering Bill, but he receives outstanding support from Lillis, Finn Wolfhard (“Stranger Things”) as the loudmouth, smack-talking Richie, and Jack Dylan Grazer as the frail germophobe Eddie.

The film’s ultimate masterstroke, though, is the ways in which the screenwriters lay the groundwork for the adults-only Chapter 2, which has since been greenlit. When Georgie goes into the sewer, there is a woman on her porch who sees Georgie, and then the pool of blood he left behind. We do not see what she does next, but there is no question that that scene will be picked up in the next film. Eddie’s mother has a clear motive for the decisions she’s made regarding her son, passive-aggressive though they may be. Even the father of head bully Henry Bowers, himself a bully, an alcoholic and a police officer (yikes), has the makings of a sympathetic story if handled properly. These films have the potential to be the horror equivalent of the “Kill Bill” movies, where Volume I has all of the splatter, but Volume II has the depth and winds up being even better.

That last statement may sound hyperbolic, because it has been a long time since a Stephen King novel was brought to justice on the big screen (2007’s “The Mist” is the most recent one, as far as this writer is concerned), but let’s not lose perspective here. “It” is very good, and one of the best King adaptions ever made, but the morals of the story (fear is a weapon that can be used against you; also, childhood is hell) feel a bit quaint 31 years after its original release. Heck, Pixar worked the ‘fear’ message into an animated family film 16 years ago (“Monsters, Inc.”). To appreciate this movie, one must first acknowledge the bubble in which it lives.